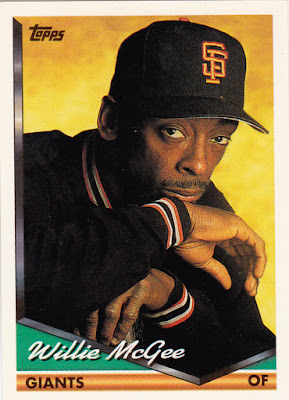 OK, let's get this out of the way.

This is the funny thing about orange. I actually like it. A lot. Love orange soda. Always have since I was a little kid. Cherry has since passed it as a personal favorite, but for the longest time orange soda was the best. There's some in my house right now.

I like orange flavor of any kind. Those chocolate oranges that emerge at Christmas time? Love them. Orange sherbet? Fantastic. Orange-flavored Chinese food? Yes, please. Creamsicles? I think the cafeteria ran out of them when I was in high school. Your common variety orange? Great stuff. I like all spin-offs, too. Tangerines, clementines, etc.

As for the actual color? I like that, too. The old Tampa Bay Bucs uniforms were amazing. Bring them back. The new Miami Marlins' orange jerseys? I don't know why people hate them. They fit perfectly with Miami. I'll never be a Dolphins lover, but whoever picked orange and aqua for colors was a smart boy/girl. Nice work. Even when the Mets wear orange, I like it. I know it's really a tribute to the old New York Giants. Still like it.

Here's where it gets really weird. I've always liked the Orioles' uniform colors. Orange and black just like an actual oriole! How delightful.

Yet, these are the same colors that the Giants wear and I hate them. Why is that? Well, I could say that unlike the Orioles, the Giants seemed to have pulled their colors out of a hat. They wore blue and red during most of the 1940s. Black was used periodically during the early part of the 20th century. But orange didn't emerge until the 1930s and then didn't stay until the late '40s.

But it's not that. I just don't like the colors on the GIANTS. The black and orange makes them seem even more evil than they already are, like Willie McGee up there. He's a delightful, happy alien as a Cardinal. But as a Giant, there's something sinister going on. Dark. Ominous. There might be some brain-sucking about to happen. 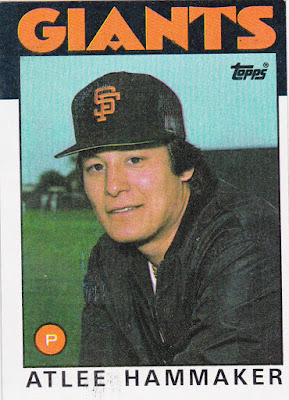 I really dislike the Giants on the '86 Topps set, a set that seems to have been made specifically for that team I hate. And I still don't like Hammaker for giving up that grand slam to Fred Lynn. Way to break up the All-Star dynasty, Atlee. 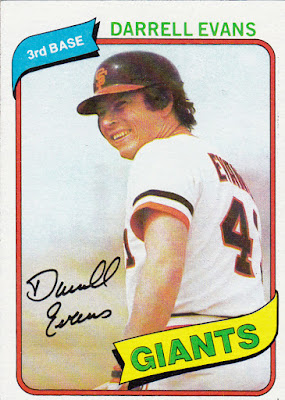 Anyway, here is the rundown of which colors Topps attached to the Giants for sets in which the colors used were determined by the team featured:

Wow. You can make a lot of squash out of those cards. 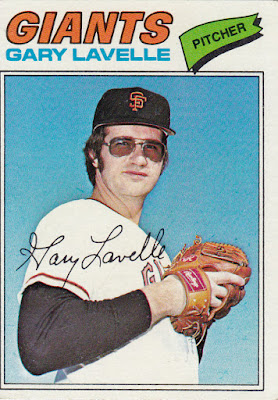 Spiegel83 said…
Great post about the hated ones. I was skeptical about reading anything about the giants but, I knew Godfather Night Owl would come through with some digs.

There uniforms do represent evil. When the anti-christ shows up he will be wearing a giants hat.
January 4, 2012 at 11:06 PM