The opposite of going to a card show 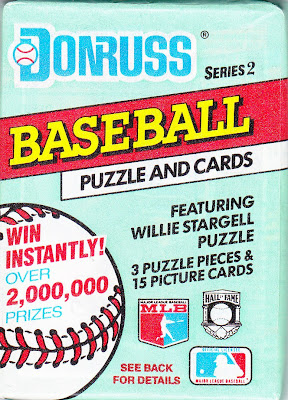 I was supposed to be at a card show today. But for this show the weather likes to play tricks on me. Throw in a cash shortage, and I'm home instead with nothing exciting going on at all.

So I thought it'd be appropriate to open a pack of 1991 Donruss Series 2, supplied by Padrographs. It's the opposite of going to a card show.

Well ... the real opposite of going to a card show is probably sitting in a dentist's chair, or getting mauled by a rabid possum. But staying within the hobby realm, I think opening an obscenely overproduced pack of unattractive cards is a long way from visiting table after table of vintage.

In terms of Donruss from the junk wax era, 1991 sits near the bottom for me. I've dubbed it the "Fisher Price set" more than once (although it hasn't officially received a Define the Design name yet). It just looks like something that would come with little kids' plastic/wooden toys. I can see one card of '91 Donruss encased in bubble plastic, along with one of those little people -- maybe the bald guy with the green body -- and a yellow tractor, hanging on a display in the toy department.

I hate it when I see cards in the toy department.

Anyway, before I get to the cards everyone has seen before, here is my ranking of junk wax Donruss. For posterity.

OK, on with the cards. 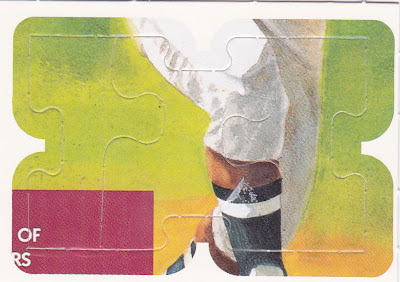 Willie Stargell puzzle piece. Already, I've been ripped off. Each pack is supposed to contain three puzzle pieces. I got one. Of Stargell's knees. 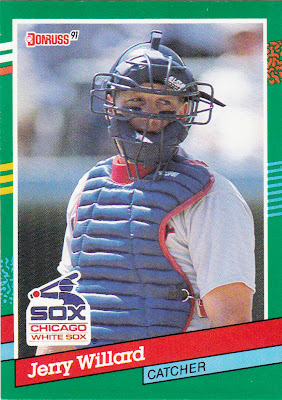 Nice catcher photo. Willard gets a card despite all of 3 major league at-bats in the preceding three years. 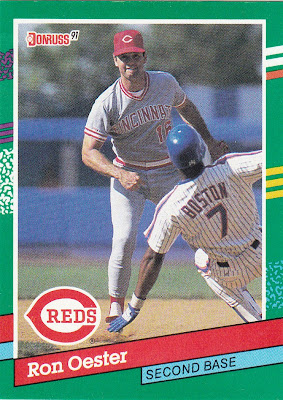 Key card a year after the Reds won the World Series. 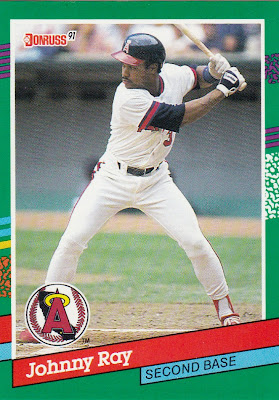 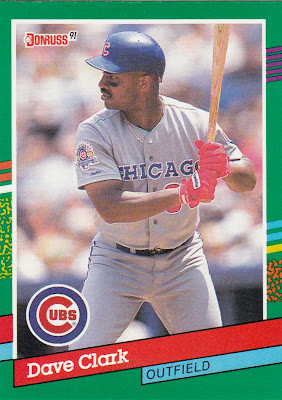 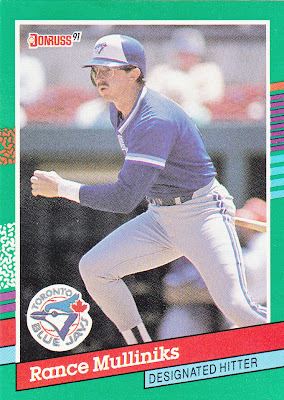 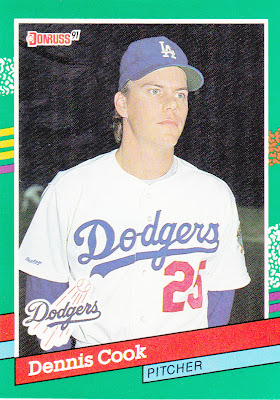 Dodger alert! Obviously, I have several of this card. It's also a future night card. Cook is quite zombie-esque. 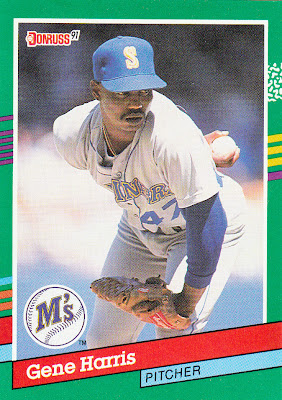 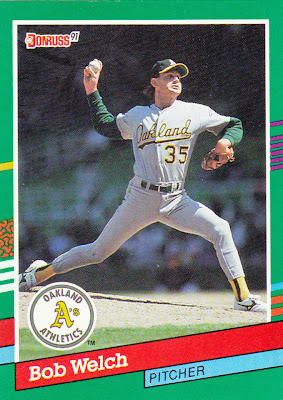 Nice pull for '91, coming off his 27-6 Cy Young season. I'm still in denial about Welch doing so well after leaving the Dodgers. 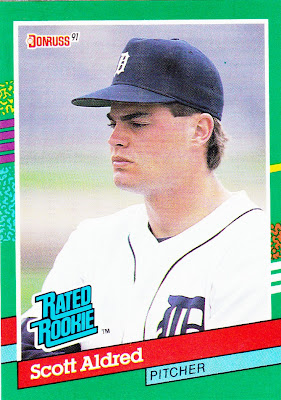 More evidence that Rated Rookies were often hype without substance. A little bit of Bowman inside Donruss. 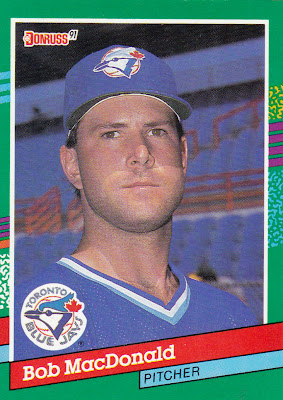 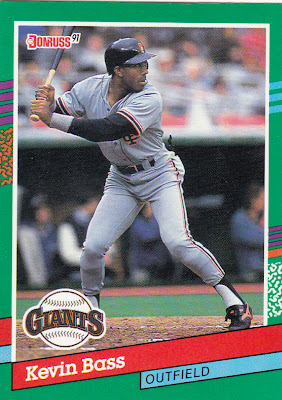 I think Kevin Bass was the Carlos Lee of the junk wax era for me. A Bass in every other pack. 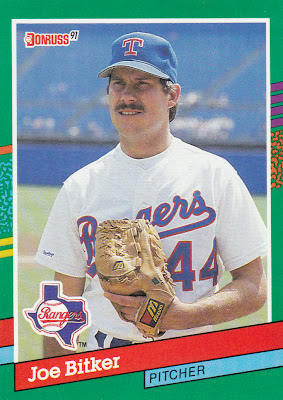 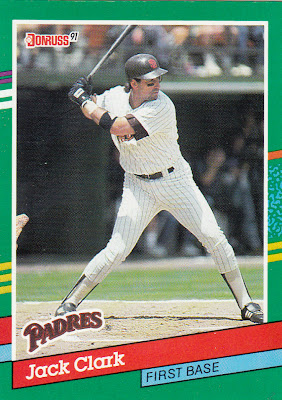 Second Clark in the pack. This one much more hated. 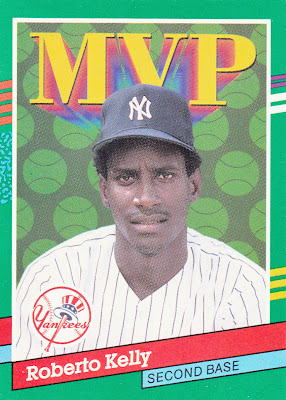 Yankees finished last in 1990. That sounds like the kind of team in which Kelly would be the best player. 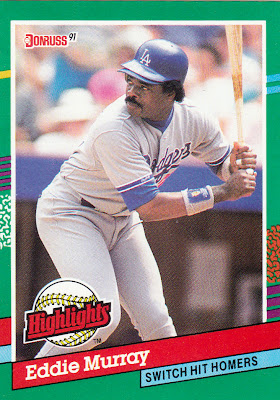 If this was 1991, I'd be very happy with this pack, as this was an insert and a Dodger. A much-loved Dodger at this particular time. But, alas, I probably have 5 or 6 of this card.

Did anyone ever pull a Ryne Sandberg autographed card that was advertised on the wrappers?

Anyway, if anyone needs any of these cards ... you are sad, sad, people.

It's just that I missed a card show today.

PunkRockPaint said…
You got your three puzzle pieces... and TWO of them contain part of Pop's knees.

BASEBALL DAD said…
And I thought I was bored !

BTW,you do have three puzzle pieces.You just half to separate them.

John Bateman said…
What the hell were the 2 million prizes that Donruss was giving away. I am pretty sure I bought boxes of this and never won a prize.

SpastikMooss said…
I straight up hated the puzzle pieces as a kid. I didn't even open the packs (I was 5 in 1991 and not into cards yet) but I would get the puzzle pieces in repacks all the time and it was awful because you know you're never gonna get them all. Even worse, many stores I went to (two general stores in particular) would put like 4 of the SAME PUZZLE PIECE in each bag. So you got one card of Stargell's knees - I would've gotten 4 copies out of like 50 cards. Awful stuff.

Looking back, I don't remember buying too much of this set but I have a good chunk of cards. I did pick up the Braves team set though.
January 29, 2012 at 5:47 PM

Paul Hadsall said…
I didn't even like this set in 1991 (it annoyed me that they changed the border color for the second series.)

I've never even seen the Ryne Sandberg card that you mentioned. I'd swear they were mythical, but there's probably still enough of the overall production run sitting around unopened & unwanted for them to hide in :)
January 29, 2012 at 5:54 PM

One shared my first name, my position in little league, and was possibly my first ever favorite player. The other was "Simpson-ized."

thosebackpages said…
Great Stuff! i was lucky enough to pull a Canseco Elite out of Series One. i put that sucka in a 1" screw-down and paraded it around like it was a Mantle Rookie! LOL
January 29, 2012 at 9:08 PM