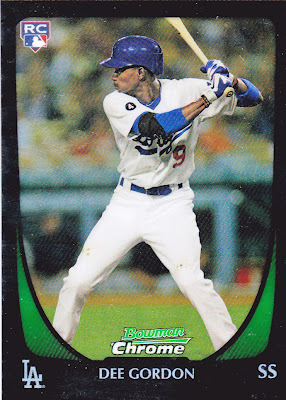 A couple of days ago, I wrote about how my decision not to collect any 2012 set would be fairly easy if it wasn't for this summer and Allen & Ginter.

Today, with the help of some cards from madding at Cards on Cards, I am going in the opposite direction.

There is a card brand that I am positively giddy about avoiding. I can't wait to avoid it. I do a good job of avoiding it now. But now I get to COMPLETELY avoid it. Forever. Yeah, I think it might be forever. I may never buy another pack of Bowman ever again. 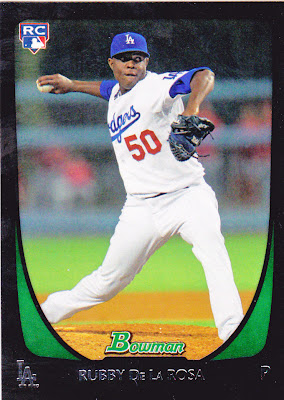 The only reason I've picked up packs of Bowman in the past was to see what the hysteria was about. Every year there was some prospect everyone was going bat-poo over. I figured I'd check it out. But with the exception of Strasmania, I always struck out.

Bowman packs left me cold. Card after card of players I had never heard of and probably would never hear of again. This was no way to collect. 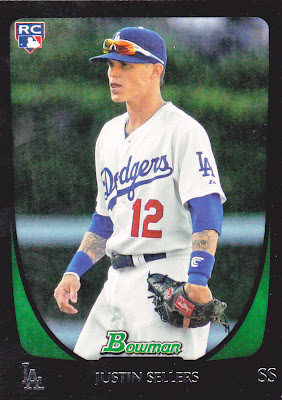 The designs rarely impressed (yikes, I didn't know Sellers had all those tattoos), and a pack of Bowman seemed more like a waste of money than any other pack that I purchased.

But still I'd get the urge to pick up something new. And Bowman always had something new on the shelves. Bowman. Bowman Chrome. Bowman Draft Picks and Prospects. Bowman Platinum. Bowman Now With Players Who Haven't Even Been Born Yet. 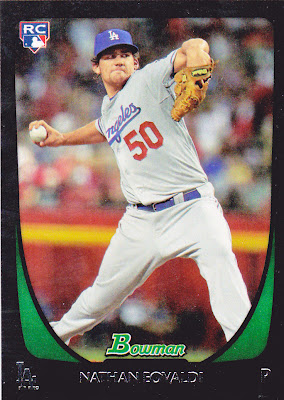 The worst part of Bowman, for me, besides not knowing the players that I am looking at, is the complete confusion I feel when trying to separate their sets. For example, these cards -- which I totally appreciate and which feature players I actually know (this is my first card of Nathan Eovaldi) -- are a complete mystery to me. I don't know which set they're from. I have a guess. But I'm not confident enough in airing my guess here. A million prospect-junkies will descend upon the comments and tell my why I'm an idiot because I can't figure it out.

But I can't, and that's the reason why out of all the sets that I am avoiding this year, this is the one that has the best shot of me completely bypassing it. Not one single pack. I just don't need the hassle. Or the guilt. Or the feeling that I'm a dumb-ass. 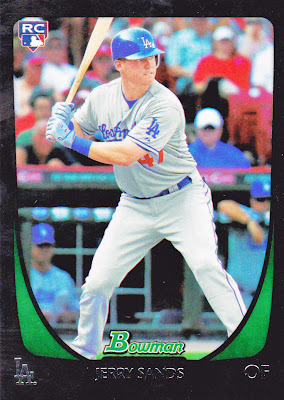 I'm kind of surprised I received these cards from madding. I don't think he's the prospector type. But he does understand that team collectors need every card, even from sets that are a complete mystery. 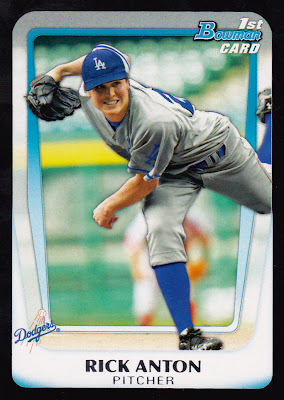 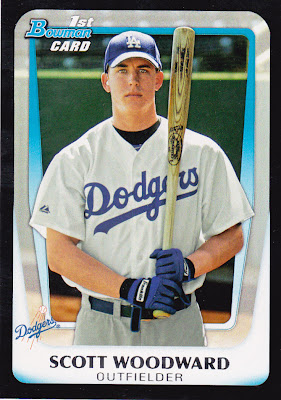 These might be the most baffling of all. Apparently there are black-border Bowman prospect cards? They're not numbered at all. Please don't make me figure it out, there's already so much that makes my head hurt about Bowman.

Even when I read blog posts from good-hearted people who attempt to remedy the Bowman confusion with their marketing plans, I zone out like the dumb chick when the topic switches from purses. And those are from people who are trying to help me.

If you look at my want list, you may notice that I have Bowman cards listed. I confess, I have no idea if they are accurate. Anytime I update my want list, I dread when it's time to update the Bowman category. It's like muddling through calculus class again. Fortunately, no one is grading my want list.

As usual, I'll take all your Bowman Dodgers.

I'm going to need your help. Because I'm done with Bowman. 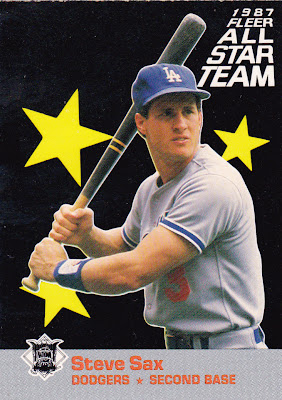 Now, if Fleer was still around?

Then, I'd be in trouble.

Kev said…
>>>Bowman Now With Players Who Haven't Even Been Born Yet.

madding said…
I actually took the Dodgers as a second team in a group break. I'm definitely not the prospector type. I just wanted the Cardinals.
January 27, 2012 at 12:12 PM

GCA said…
I am with you man. I have been avoiding Bowman for years. I only bought an eBay lot of them one time so I could complete a trade. But even then the other guy had lists that included full names and numbers - I never even consider looking at a list that doesn't have all that. I still can't fathom trying to collect a set that has the same crazy numbering and backs with different fronts. Sometimes their considered different sets, but they look similar to other sets in the same and surrounding years.
I illustrated my frustrations when I made this:
http://thecollectivemind.blogspot.com/2010/07/2016-bowman-chrome-draft-picks.html
January 27, 2012 at 5:54 PM