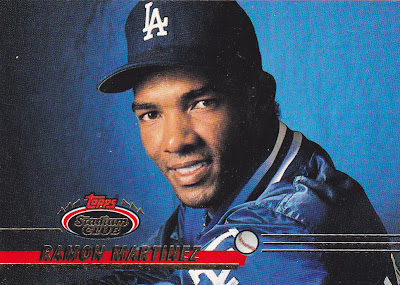 All right, I'm already regretting the title to this post, and I'm still not happy that I'm going through with writing this at all.

But my job on this blog is to document my collecting journey, and this is a part of that. Just know that this is a small, small, small inconvenience in what is a wonderful asset to the hobby.

Teamsets4u.com made my want lists what they are today. I haven't even accessed the site fully -- I know there are many other sets listed there that I need to add to my want lists. But if you scroll through the entire page of my want lists, it will take you a little while anyway. I owe that to teamsets4u.

It is an invaluable resource for team collectors. Every set painstakingly separated by team.

It's an amazing undertaking. All that patience, all that time.

I find periodic errors, which are perfectly understandable given the massive number of sets issued through the years, especially since the early 1990s. There is no way you couldn't screw up with all the ways sets confused collectors throughout the last two decades.

While going through teamsets4u, I've come across Expos listed as Dodgers and other obvious mistakes that haven't been an issue. I know that Steve Rogers never pitched for the Dodgers.

But there's one error that has tripped me up periodically. It's when a player is listed with the Dodgers, but he actually had recently left the Dodgers and appears in the set with another team. A couple days ago I was looking through last year's Heritage team set on teamsets4u and saw that Russell Martin was listed under the Dodgers. But he's obviously featured with the Yankees on his card.

I've often taken teamsets4u's word for it, listed the card as one that I needed on my want list, then much later realized that it was not a Dodger card and quickly erased it thinking "phew, glad no one sent me that card."

This time I wasn't so lucky.

Quite some time ago, I acquired the Ramon Martinez card that you see at the top of the post to complete my 1993 Topps Stadium Club Dodger set. Or so I thought.

Several months ago, I realized that there was a second Ramon Martinez listed under '93 Stadium Club in teamsets4u. This one was numbered 322. The one that I had was numbered 71.

"Crap," I thought. "There are two Ramon Martinezes in this set."

I assumed that's what it must be. In '93, we were well into the era of players receiving multiple cards in one set. I didn't necessarily like it and think it adds to confusion like this, but I shrugged it off as the game that I have to play if I want to collect modern era cards. Besides, Stadium Club had those Member's Choice cards. Probably one of those.

I dutifully listed "1993 Stadium Club Ramon Martinez (#322)" on my Nebulous 9 because I wanted to be done with the set once and for all.

Then months of blissful ignorance went by until a package from Johngy's Beat arrived and one of the cards to fall out was this: 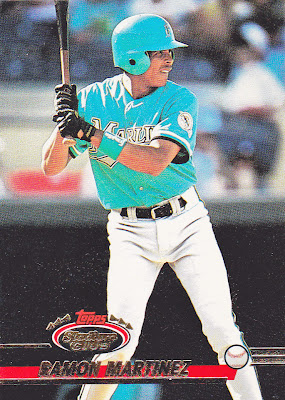 I'd been duped by teamsets4u.

This particular Ramon Martinez never made it to the major leagues. He never even made it above Double A. Shame on Stadium Club for creating a card for him in its set.

I'm sure Johngy was wondering why I had posted a Marlins card on my Nebulous 9 list.

Fortunately, another Nebulous 9 need was met in the same package: 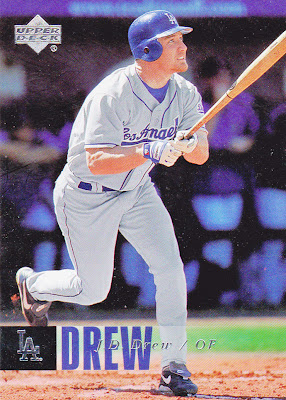 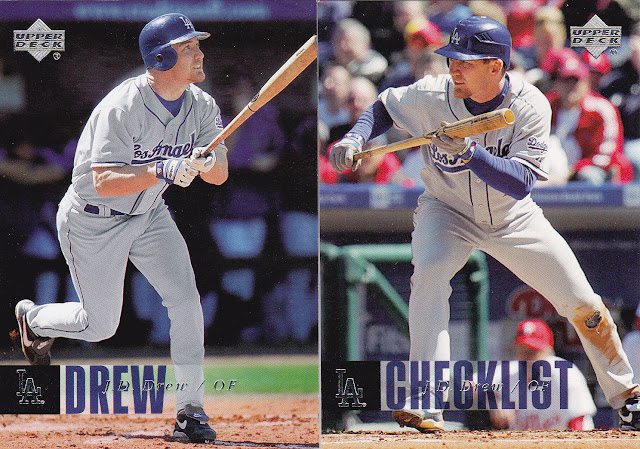 See? I get these things right some of the time. 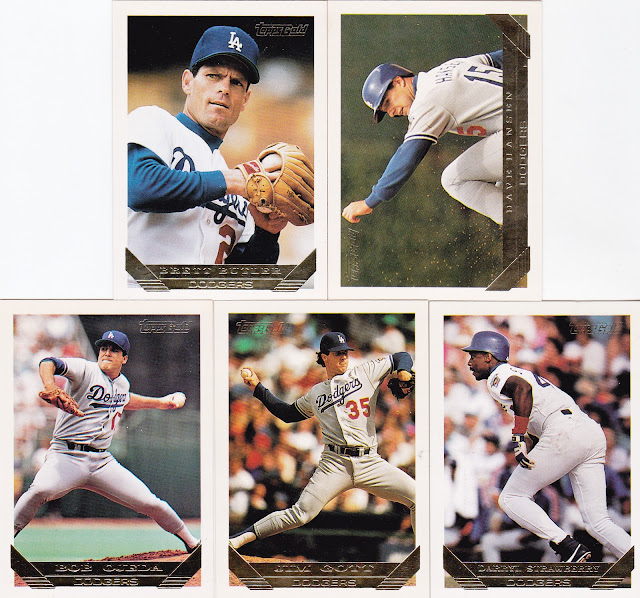 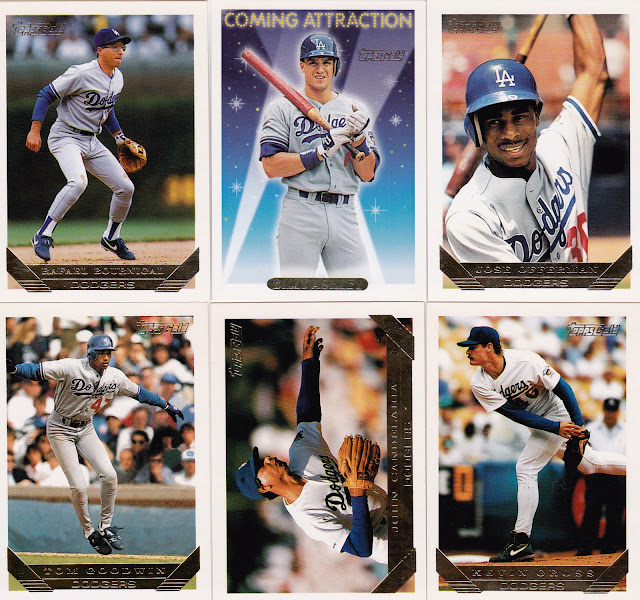 I think this is the first gold team set that I've ever completed. Cool!

I'm still reserving the '75 minis that Johngy sent for another post.

Meanwhile, I'll remain firmly dedicated to teamsets4u. And if you're a team collector, I recommend that you use it, too. You'll come across a few glitches, but really they're minor. So what if you end up with a Marlins card from the early '90s? Small price to pay.

There is a contact email on the site for questions, and I've considered emailing to point out these small issues. But for some reason I've hesitated. I guess I just don't want to be THAT GUY who says, "Hey great site. You've got mistakes here and here and here."

Of course, maybe that's what I just did.

deal said…
The reverse is also a concern - A card that is not listed under your team that should be. You could think your team set is complete....and not find for years. maybe ever.

hiflew said…
I had a very similar situation in an earlier package from you, coincidentally.

It was right after I put up my rookie cup collection want list and you sent me some great cards including a 2000 Topps Alex Gonzalez. The problem was it was Alex Gonzalez the Blue Jays shortstop instead of Alex Gonzalez the Marlins shortstop. The numbering error was mine and not yours, but I still got a good chuckle out of it.
January 30, 2012 at 8:00 PM

I can't say that I have ever heard of that site. I'm going to have to check it out. Thanks !

There's another thing you may have been right about. After all, owls are known to be wise birds. I'm preparing a new post tonight and I will give you credit for your profound assessment of my situation !!
January 30, 2012 at 8:36 PM

Chris Stufflestreet said…
I know the guy who owns the TeamSets4U Website (his name's Jeff). And I've already dealt with him on a personal and professional level. If you'd like, drop me an email with the errors and I can let him know.

AdamE said…
I have used his site extensivly. I think all of us team set collectors have. The few times I have come across an error I let him know. If he thinks of me as "that guy" he never acted that way, he thanked me each time.
January 30, 2012 at 11:50 PM

Play at the Plate said…
I love that site. It does contain an error here and there, but it is a massive amount of data and that is to be expected. I haven't received a card in error because of the list, but I was informed one of the cards on my list was actually from another team.
January 31, 2012 at 12:21 AM

Reds Card Collector said…
I know what you mean. My 61 and 62 Topps Reds Team sets were thrown in a tizzy since the Frank Robinson cards are listed under the Orioles.
January 31, 2012 at 12:25 PM

Teamsets4u said…
Teamsets4u.com is my site.
Good to know that people are using my checklist.
I know that errors do exist.
Please email me if you find them so that I can get them fixed.
February 28, 2012 at 2:05 PM