Mini week: How a group break led to '75 miiiiinnnniiiiiiiiiiiissssssss!!!! 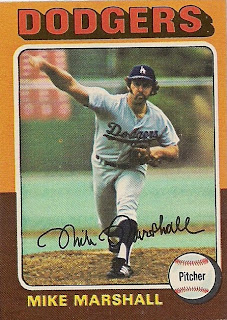 More than ever, I am cautious about entering group breaks. Sometimes it's for money reasons, but just as often it's because the sets being broken will yield a bunch of dupes for my collection.

As a team collector I've accumulated quite a few Dodgers cards. I tried to figure out how many about a year go and came up with a guess-timate. I'd say I've added a few hundred more since then. And I've probably added about the same number of doubles.

So I'm wary when another group break is announced. Nachos Grande, which holds a lot of group breaks, held one a month or two ago and the sets featured were ones where I didn't need many Dodger cards. I was going to skip it. But then Chris said that he'd be opening a box of 2001 Upper Deck '70s Decade.

Goodness gracious, I love that set.

Even though I had all the base Dodgers from the set, I was hoping for a hit or an insert of the Dodger variety. Even one of those would be worth the price.

So, against my best judgement, I entered. And I didn't get much. No insert from the UD '70s set that I didn't already have (just one that I did).

Fortunately there were a few cards that met a need: 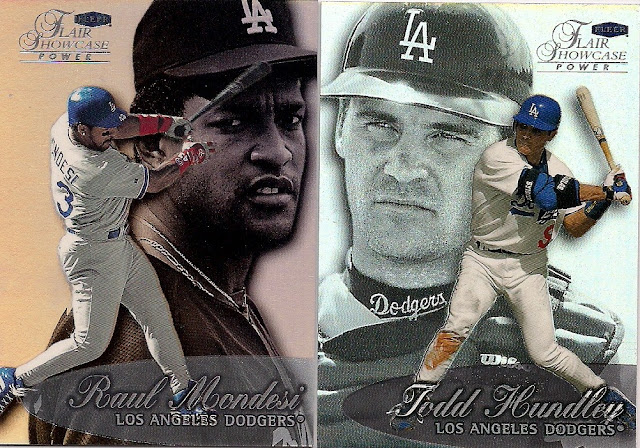 1999 Flair Showcase will always turn up some team set needs, since every player in the set has like three different (or probably more) versions of his card. 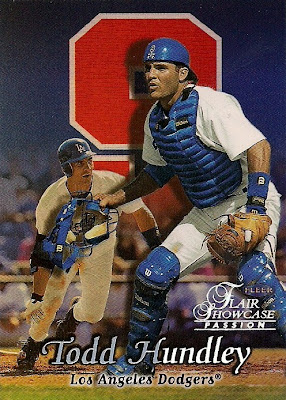 I know you're asking, "how is it possible that the Hundley here and the Hundley above it are from the same set?" 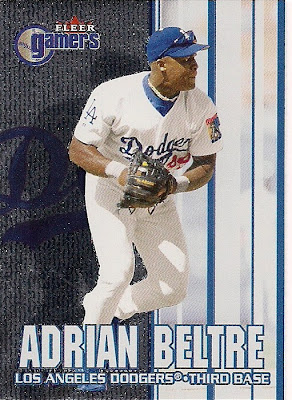 More Fleer stuff from the close of last century. This was the only Fleer Gamers Dodger that I needed out of the group break. By the way, I hate that phrase. "He's a gamer." Ugh, yuck. Stop it. Fortunately, I was able to finish off the 2000 Fleer Tradition Dodgers set with this card here. 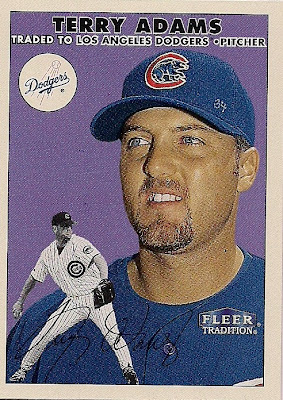 And this card was a total surprise because Terry Adams is shown as a Cub. For some reason I didn't have this on my want list. Probably because I could smell the Cub-ness of the card even though I didn't have it. Losing stinks. Literally.

But as good as these cards were for filling some holes, the best part of the break were the White Sox I received.

Yes, I just said "the best part of the break were the White Sox I received." You'll never read that sentence from me again, so enjoy it.

Each group break participant received another team and my team was the White Sox. That allowed me to get this card: 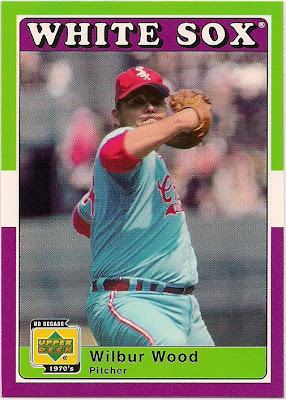 Yay! An Upper Deck '70s card that I needed for the set. Will this get me off my comfy computer chair and compile a want list for this set? Probably not.

But I didn't hang on to any of the other White Sox. Instead I packaged them up to send to Jeff at My Sports Obsession. The package is still sitting on my desk because it's patiently waiting until I have $1.95 to go to the post office.

But the cards from Jeff already arrived and I sure do like them. 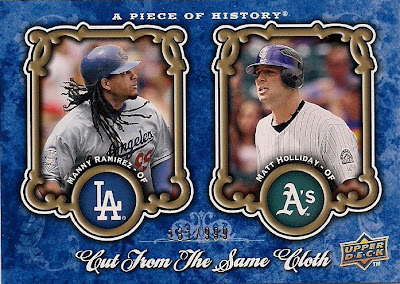 Jeff had to re-open the package and throw this card in after I asked for it. I enjoy the Manny side of the card mostly. But the right side of the card is good for a hoot because Holliday is pictured as a Rockie but listed as an Oakland Athletic. And the caption says "cut from the same cloth." Which cloth would that be? Rockies cloth? Athletics cloth? Upper Deck, you make it too easy. 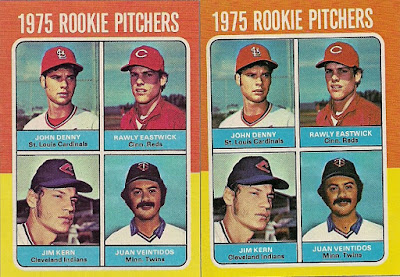 Here is a double of one such mini, which until a few months ago would be absolutely mind-blowing. Mini doubles? WoWoWoWoah!!!! A Cardinals or Reds or Indians or Twins fan can probably expect one of these some day. 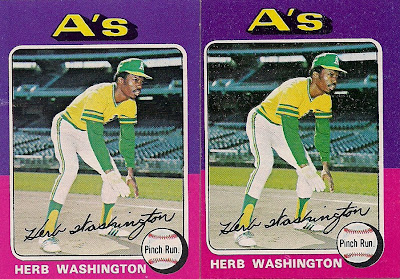 Two minis of one of the most iconic cards of the '70s!!!! Wow. And, I already have a mini Herb Washington. So that means, with three versions of this card, I seriously, seriously need to find a working address for Herb Washington to get a signature because I have a few of his card to spare!

Anyone know an updated address? 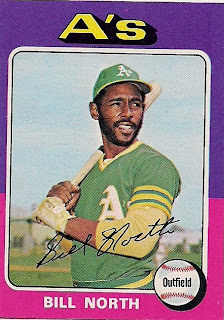 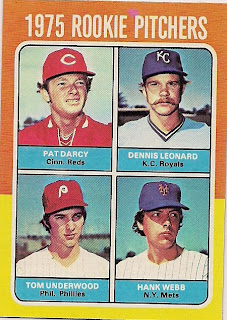 There were a couple more minis needs in the package. Jeff said he found them cheap at his LCS, which staggers my mind because:

1) The only card shop near me seems to be repulsed by anything that wasn't created in the last decade.
2) Forget about that because I'm distracted by something else ... 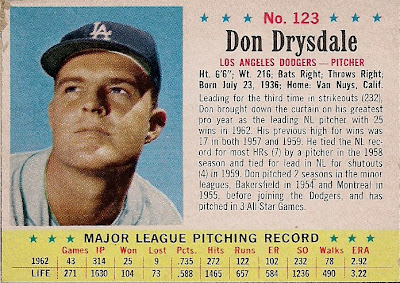 This is the first early '60s Post Cereal card that I have ever owned. I keep hearing about how cheap they are in relation to other vintage star cards. But every time I see these at a card show, I can't afford them.

Wow I love this card.

So, that is how I turned White Sox into '75 minis and a Post Cereal Drysdale.

And that's how you make a group break work for you.

Cards will be sent out this week, Jeff!


(P.S.: Of course, I decided not to enter Nachos Grande's latest break, and he goes and pulls a Dodger hit).

Nachos Grande said…
I knew you'd be mad you missed out on that hit as soon as I opened the package...of course, you and about 70 other Dodger collectors out there!
February 6, 2012 at 7:40 PM

Jeff Laws said…
I saw the mini's and just started grabbing, I didn't even notice the dupes, sorry about that. The Drysdale I grabbed for the next Dodger trade, just so happened to be you.

I don't think I have any of the Decade 70's cards so those will be great. I remember buying those cards during my non collecting days during a weak moment. I had those ever so often.
February 7, 2012 at 7:38 PM

dominicfdny said…
I was hoping youd b willin 2trd that extra herb washington mini thanks much
February 10, 2012 at 4:45 PM