Joy of an upgraded card #6 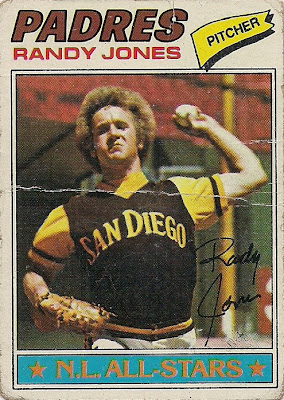 I like to have a story to go with my kid-handled cards. But as the brain cells disappear, I'm finding that not every mutilated card I owned as a child can yield a story. Either I'm too old to remember, or there was just too much going on in that 11-year-old, mile-a-minute life to pin down exactly when Randy Jones grew a crease directly through his clavicle.

My best guess is I sat on it. Accidentally, of course. I was probably horrified as I turned and removed it from my posterior. Randy was a back-to-back 20-game winner in 1977, you know. What a terrible fate.

This card has haunted me for a long time. Thoroughly creased all-star. No story to go with it. Except that worst-case-Randy-meet-my-ass speculation.

Because of The Crease, I haven't even been able to admire his free-flowing Afro or the Padres' mustard-and-chocolate uniform. It's really an iconic card.

And then there are those who have asked "WHAT HAPPENED TO THAT CARD?"

Today, the card moves to a binder of cards long since upgraded. Many with stories. Some without. 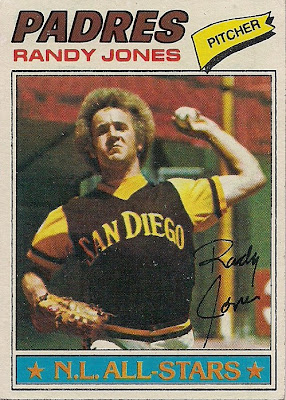 This new addition from Potch Wheeler and the Cardboard Heroes moves into the Randy Jones slot in my 1977 Topps binder.

Honestly, when Potch listed which 1977 cards he was going to send me, my heart skipped a beat when I saw Randy Jones' name. I actually had never seen another '77 Randy Jones without an end-to-end crease. I couldn't wait to see what one that hadn't been folded looked like.

And so are these: 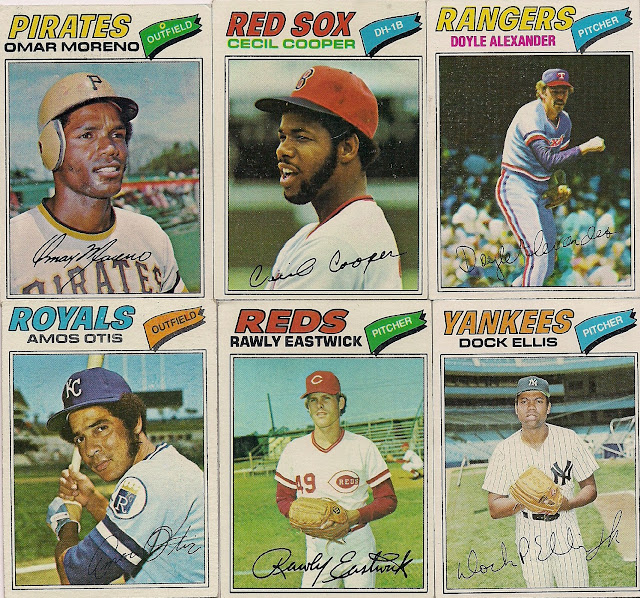 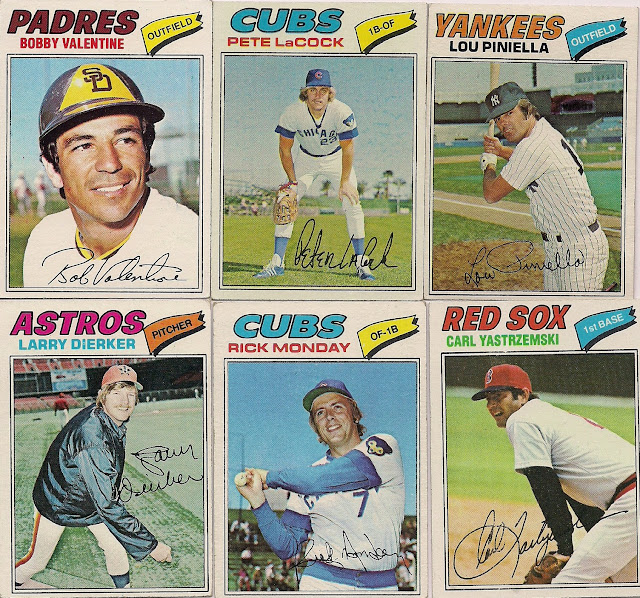 Many of these will be upgrades, too. Including Doyle Alexander painted into a Rangers uniform, the new Red Sox manager, and Yaz.

1977 Topps marked the last year in which I treated my cards as if they were every other toy that I had. Toys were meant to be stacked, knocked down, thrown, driven around the basement floor with accompanying sound effects, and picked up and put down approximately 247 times a day.

My '77 cards look loved. Which is great if you've just got a stack of cards you enjoy. Or if you're trying to complete a super vintage set (1972 or earlier, I'd say) in which condition really doesn't matter. But this is a late '70s set from my childhood. I want to complete it and upgrade it because I can.

You see, in 1978 I officially stopped becoming a kid. If you look at my Topps cards from 1978, 1979 and even 1980, they are semi-worn. There are some rough characters in 1978, but most of them are only mildly abused. When you reach teenage years you learn to protect what belongs to you. By the early '80s, my cards were immaculate.

I do love those childhood days when we did everything to cards except feed them to the hamster. But if I want a set that reminds me of those days, I look at all the old 1975s I've kept in a binder from my first year of collecting.

Nothing can touch THAT memory, so everything else gets upgraded or is a candidate to be upgraded.

By the way, here are some more cards from Potch: 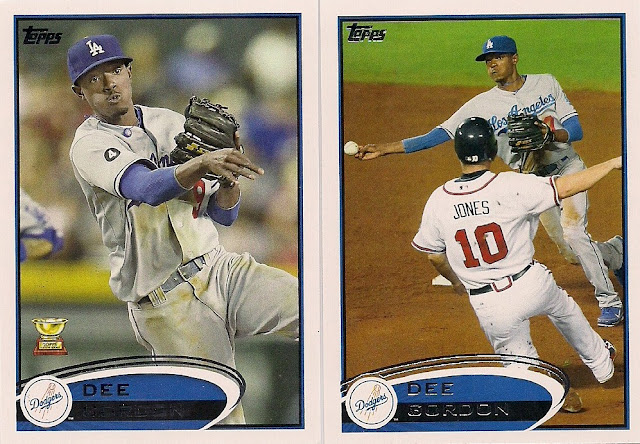 Two nice cards of Dee Gordon in 2012 Topps. I like both of these, but unfortunately, Dee's not going to be Card of the Year two years in a row. 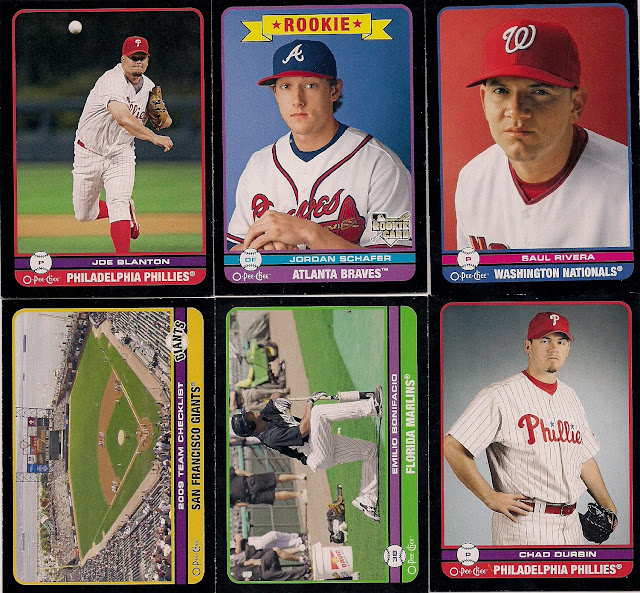 A six-pack of black border O-Pee-Chee from 2009. When I finished off the base set, I said I wouldn't be collecting the black borders. I'm still not trying to complete the black-border set, but Potch found me in a weak moment and I couldn't resist some of these cards. I even took the Giants stadium card. Wow. 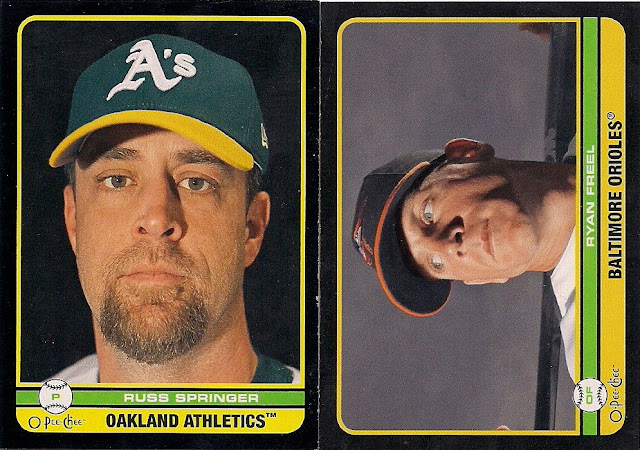 Like I said. A weak moment. I accepted the brothers Grimm here.

I don't want my cards to look over their shoulder thinking that there is a newer, sharper version of themselves ready to take their place. I'm really OK with just about all of them and will never upgrade 95 percent of them.

But there are a few that still need to watch their back.

Spiegel83 said…
The other day I actually took that card of the giants home park and rolled a fat joint with it. The card burned beautifully.
February 26, 2012 at 12:03 AM

Hackenbush said…
I need to start a Rick Monday collection. I wonder how many I already have. Could I be any less organized?
February 26, 2012 at 11:45 AM