You complete me, O-Pee-Chee, Part 2 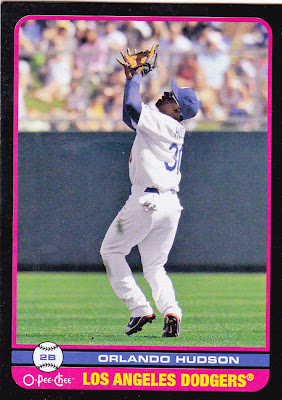 Now that I've completed the 2009 O-Pee-Chee set, I could explore the other possibilities with this set. I could try for the master set. I could get really insane and collect all the black borders.

But I am neither that devoted nor that insane. So until I am that will be it for me.

Especially since recently I also finished off the black-border Dodgers team set.

The last card came from Robert of $30 A Week Habit. It was the O-Dog card pictured here. No doubt he is fielding a weak pop-up from a San Diego Padre.

Anyway, I  am very happy to show all of the Dodgers right here. Twenty-two cards is certain easier to handle than the 600 cards I scanned the other day. 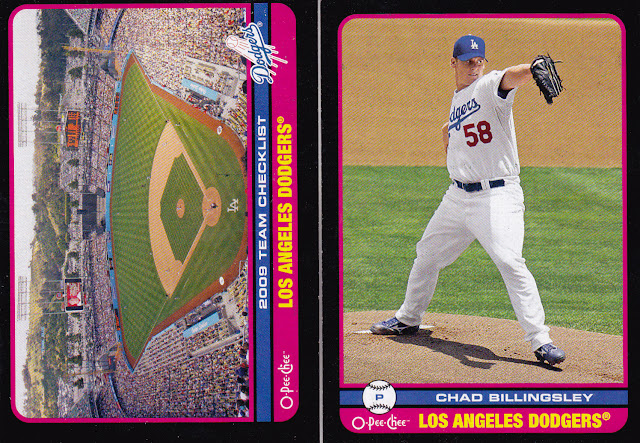 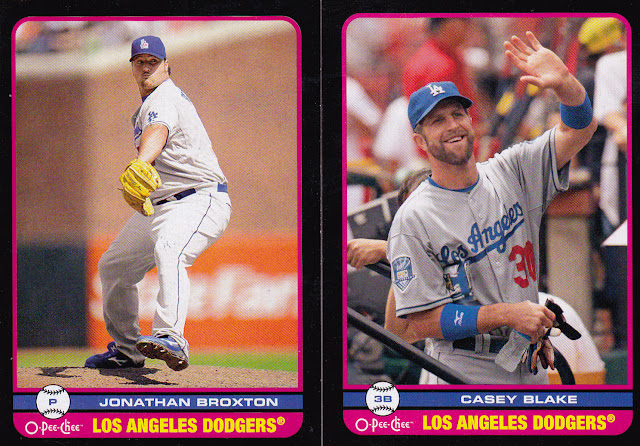 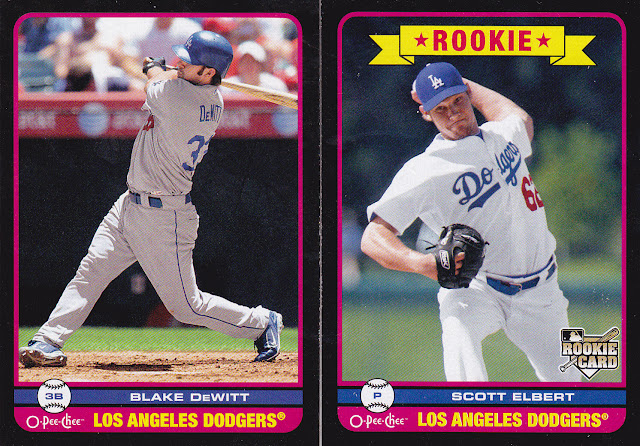 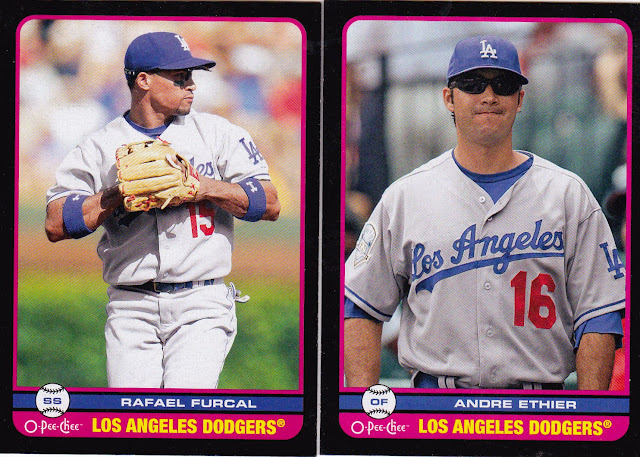 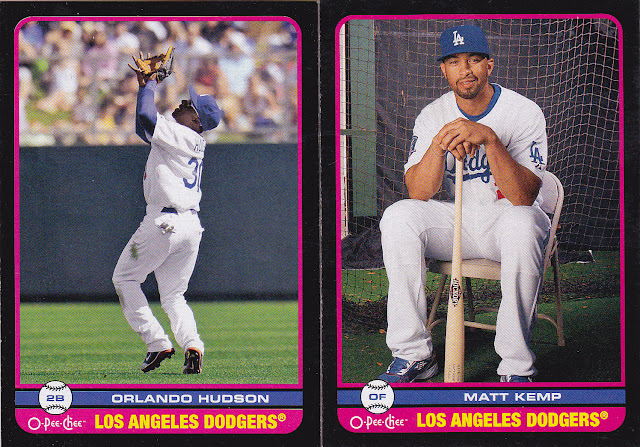 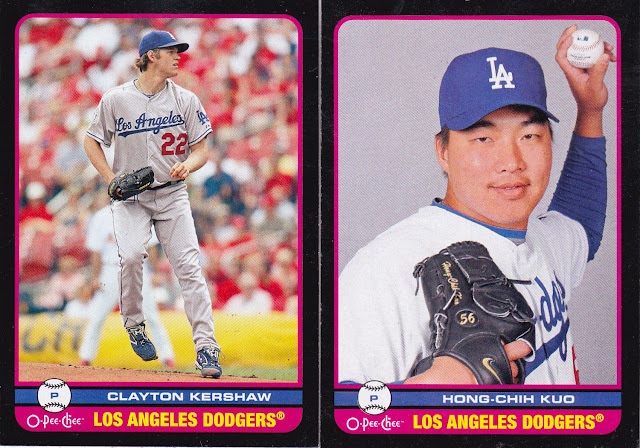 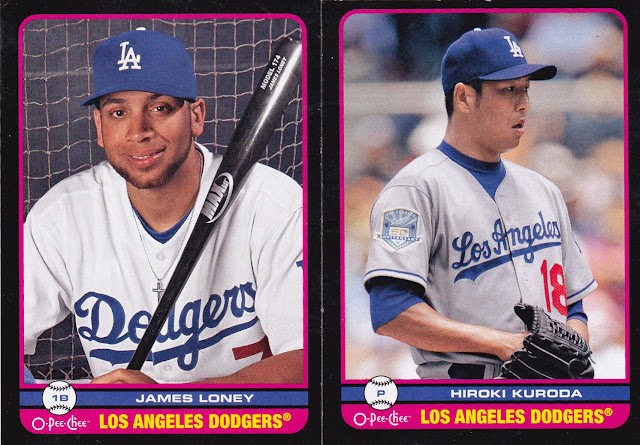 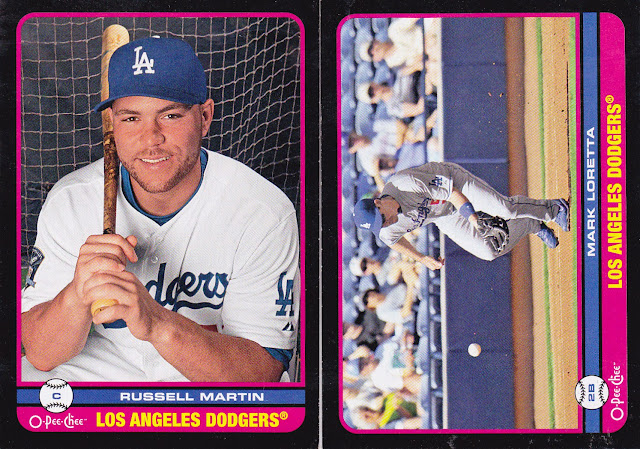 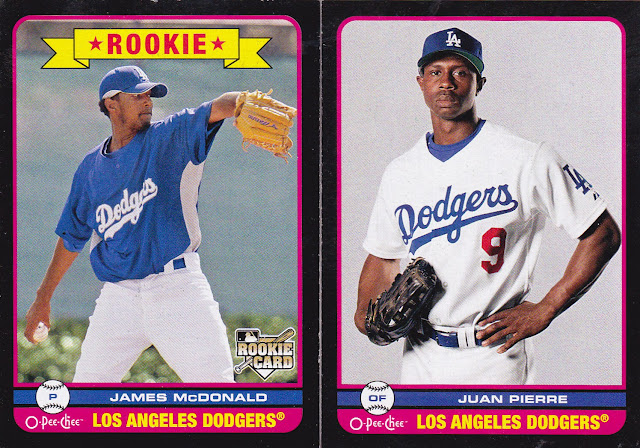 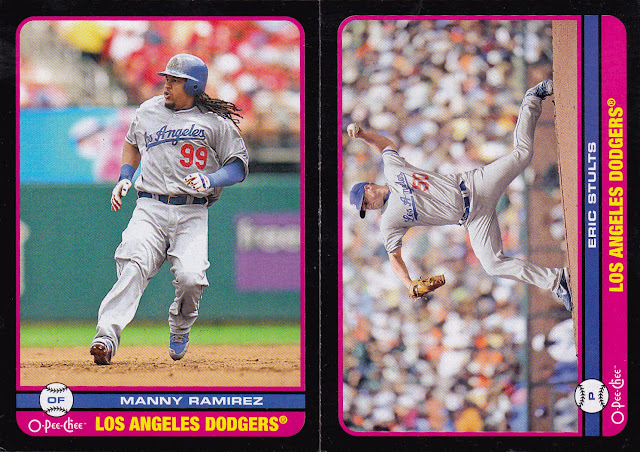 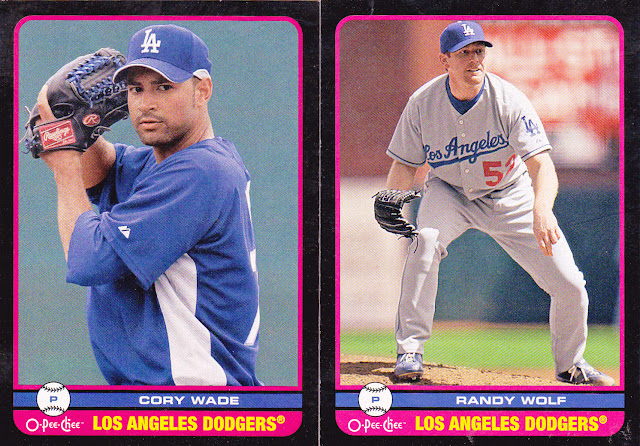 Thank goodness I finished it off before everyone pictured here ditched the Dodgers. There's only seven players left playing for them!

I suppose I'm not truly done with this set if I want to complete the whole mini Dodger set, too. I've got a long way to go there (for someone who enjoys mini cards so much, I'm not too fond of these ones).

Robert also sent some other cards. I keep undermining his Serial Numbered Insanity quest by finding cards there that I want. He's so good to send them to me. 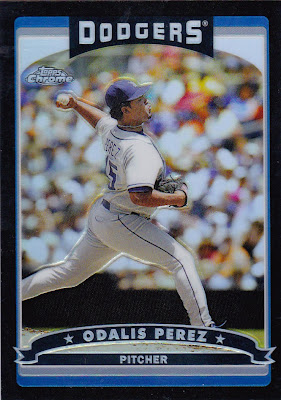 Another black-bordered card, a black refractor of Odalis Perez from 2006. Numbered 100/549. 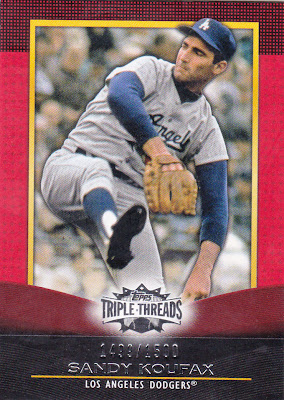 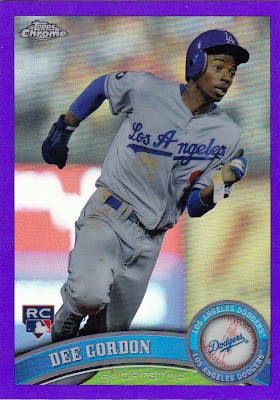 And the flatest Chrome card I have seen in three years (honestly, not a curve to be found). A purple refractor from 2011 of Dee Gordon. Numbered 376/499.

Again, I hope Robert doesn't end up with these three numbers as the last ones he needs.

And on another note: Hey! Looks like I got in two posts within a 24 hour period! Night Owl is ba ...

Ah, crap, the rest of the day is booked solid.

Ryan H said…
You THINK you would be finished by collecting the mini black borders but there's also regular sized Black Bordered Blank-Backs.
February 2, 2012 at 2:10 PM

night owl said…
A "master set" is not only the completed base set, but also completing all of the inserts, parallels and variations that are associated with the set, too.

Play at the Plate said…
If you ever get insane enough to go for it, let me know. That might give me an excuse to buy those three discounted blastes that tease me every time I'm on the card aisle.
February 3, 2012 at 1:23 AM