Baseball talk does the talking for me

I do a pretty good job of coming up with thoughtful posts when I don't have a lot of time. But there are times when I have no time and I just don't feel like digging deep.

Today was one of those days. I was randomly looking through past posts, looking for some kind of easy inspiration but not really expecting it.

I settled on one post from about a year ago in which I showed the above unopened package of 1989 Baseball Talk cards. It has remained unopened in my collection since that time. With no Baseball Talk "record player" and the Kirk Gibson card already in my possession, I had no incentive to open it ... until now.

A lot of this will be well-covered material. The cards are larger than your average card, about 3 1/4-by-5 1/2, with a grooved "record" on the back that plays an interview and highlights when inserted into a special player that I believe you had to purchase separately.

Each of the four-packs contain three current players and either a legendary player or a card focusing on a famous postseason game. My pack features Lou Brock, which I was eager to see, having never opened one of these before.

Here are the cards in the package: 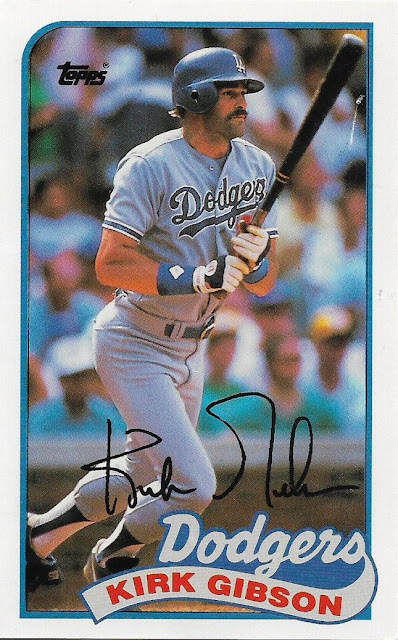 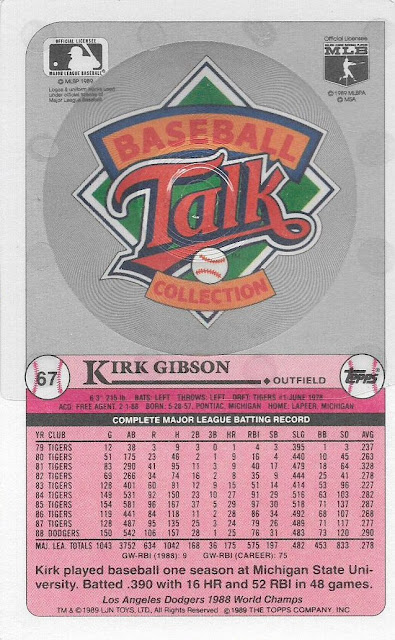 That's the back that "plays". Gibson's segment is narrated by Don Drysdale. 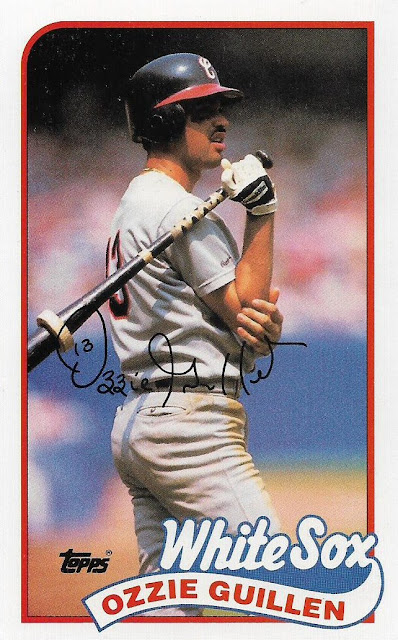 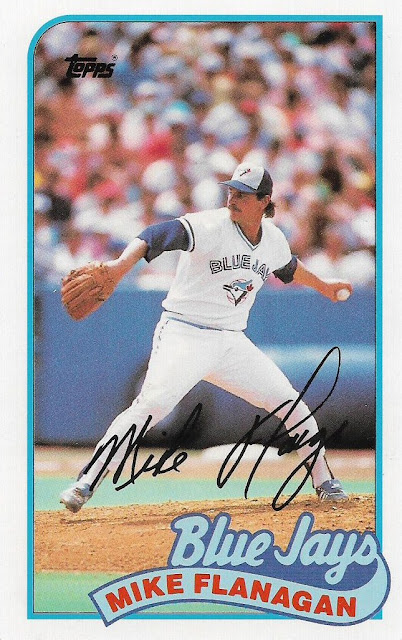 Flanagan's segment is also narrated by Joe Torre. Flanagan recounts an interesting story about Julius Erving in his interview. 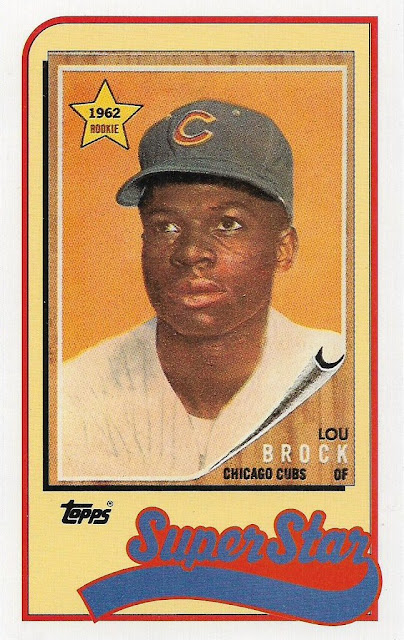 Anyway, Brock's segment is narrated by Mel Allen. Allen does most, if not all, of the superstar cards, as well as the postseason cards.

There is the checklist (I snipped the top of it by accident). Topps would like you to collect all 164 cards. That sounds like some kind of feat, considering I never saw these in 1989 (not that I was looking all that hard).

I think the interview segments are quite well-done and it's great to get a different photo of the active players than what collectors were accustomed to seeing on the regular cards issued that year. 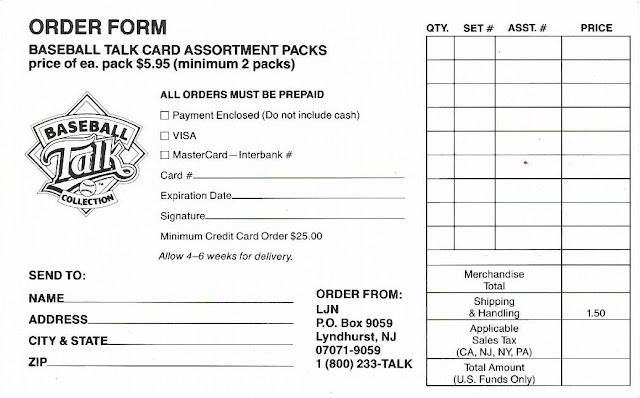 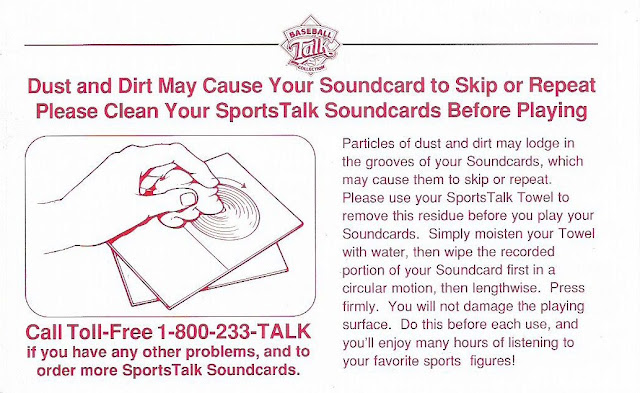 The order form contained within with a note on the back on how to care for your player so you can enjoy "many hours of listening."

I own the Gibson, Hershiser and Lasorda. I probably should do something about getting the rest of the Dodgers and a want list up there ... and buying some pages to fit the thing.

And maybe the player, too.

It's always something isn't it?

Fuji said…
Love, love, love this set. I normally store my sets at my parent's house due to lack of storage space, but I kept this set in my office, because it's one of my favorite binders to flip through. I know the size is a turn-off to some collectors, but I think Topps did a great job of utilizing the extra space with their photo selection.
November 16, 2016 at 10:03 AM