You're in the army now 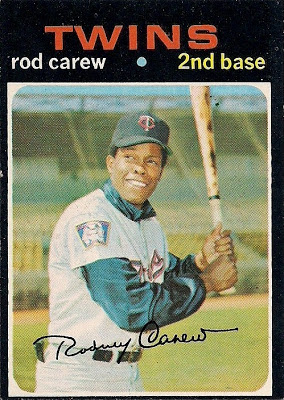 I am not a military veteran. I've always been more of a thinker than a doer, and I knew that at an early age.

The U.S. suspended the military draft in 1973, when I was 7 years old, so there was never a chance I might enter the military. But growing up in the '70s and early '80s, we were still so close to the Vietnam War, and I was nervous about a lot of things. President Carter reinstated mandatory registration with Selective Service for 18-year-olds when I was a teenager after the Russian invasion of Afghanistan. I felt a sense of foreboding as I approached my 18th birthday. The military wasn't for me.

But still, this was nothing compared with when the draft was in effect. You all know the stories of baseball players who left behind their sport to serve in the military for multiple years. That seems like a foreign time to me and difficult to grasp.

The time period that has always fascinated me is what happened during the late '60s and early '70s, during the Vietnam War. Many baseball players, about one-sixth of the entire major league roster at the time, were part of the Army Reserves.

This meant that players -- players who I would come to know well when I discovered baseball in the mid-1970s -- would be required to serve six months of basic training, and over a six-year period, go to meetings every month and spend two weeks each year in active duty training.

Baseball rosters would fluctuate with players leaving or returning from meetings or training. An account of the players involved in the reserves and how they might impact each team was written by the Associated Press in June 1970. It's eye-opening to see how many players and teams were affected by the draft. 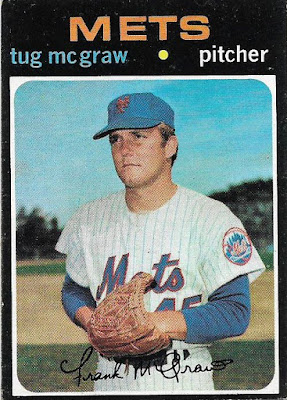 The article recounts how Rod Carew in 1969 would scramble out of reserves meetings to get back to the ballpark, change and appear for the final innings of a game. Players would leave their team and then rejoin teammates at some point on a road trip. At that point in mid-season, 1970, almost every team had four to as many as a dozen players with military commitments.

I started to wonder whether this impacted pennant races. It was interesting to me that the Orioles were the only team that was unaffected by the military requirement according to the article. The Orioles ended up being World Series champions in 1970. Could avoiding the upheaval every other team dealt with, as regular starters moved in and out of the lineup, have helped them cruise through the season?

The managers quoted in the story shrug off any affect on the pennant races, and looking at the final 1970 standings, each of the four division champions won by a healthy margin. The closest race was in the NL East where the Pirates finished five games ahead of the second-place Cubs. 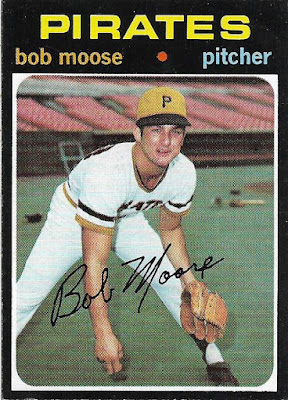 All of this makes me wonder how this would play in major league baseball today. How cataclysmic would it be if the Cubs lost Kris Bryant for two weeks for military service or Bryce Harper or Corey Kluber were unavailable for a weekend because they had to go to meetings?

How soon would fans or media be screaming for this to be fixed, as we often do these days?

Baseball seems a lot simpler then, more of a game you play while other more important things happen. I know the draft was in place and players had no choice but to serve their military commitment, but I'd like to think they gained a perspective that maybe some current players -- hell, more than a few current non-players -- could use.

Maybe I could have used it, too. I don't know. Just a thought. I'm a thinker, you know.

Fuji said…
I was so scared as a kid that they would one day reinstate the draft. It's really embarrassing how big of a chicken I am when it comes to fighting... especially when it means bullets and bombs are going off around you. That's why I have such a deep admiration and appreciation for those who have and are currently serving in our country's armed forces.

By the way... great post as usual. I've written a few posts involving sports and athletes... and I never once thought about how it might have affected the outcome of the season.
November 12, 2016 at 12:51 AM

steelehere said…
What was the reason why the Orioles were the only team without military obligations?
November 12, 2016 at 1:48 AM

night owl said…
I don't know, the article didn't say. My guess is they didn't have a lot of draft-eligible players for whatever reason.
November 12, 2016 at 2:16 AM