So big they can block out the internet 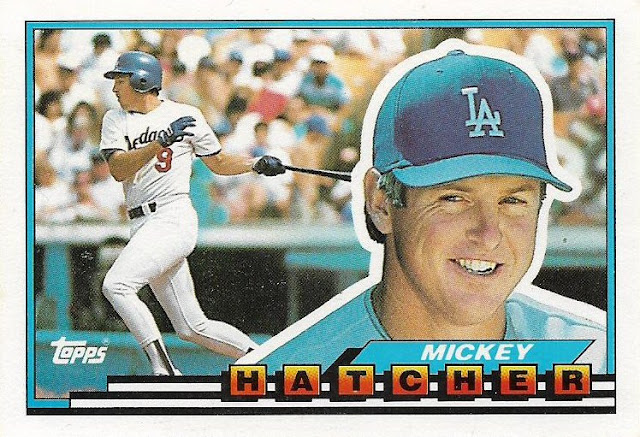 I haven't liked much that I've read online this week. I won't go into any more detail than that because I definitely do not want anyone injecting political arguments into this blog.

I'll just say that maybe an online break from anything that's not a card blog will be good for me for a little while. But I'll keep posting here, and tonight I have just a few cards that are so big they can not only block out the sun, but probably the entire internet, too.

They are Topps Big Baseball cards, of course. Everyone knows them. I'm getting closer and closer to finishing off all the Dodgers in the set. Mark from My Best Friend Collects Chipper Jones sent me a handful (well, more than a handful because these cards are HUGE) off the want lists. 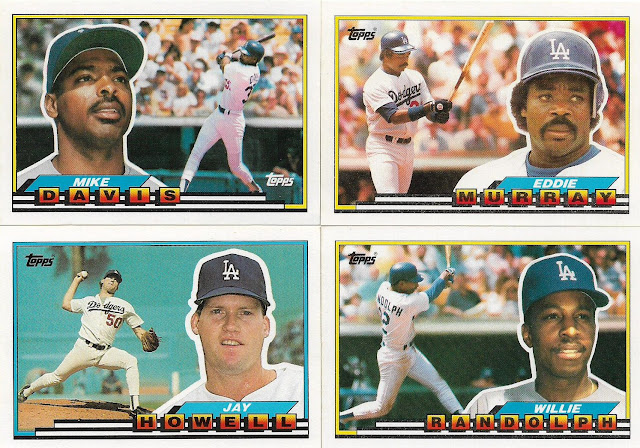 Five of the cards are from the 1989 Topps Big set, the biggest set when it comes to the amount of Dodgers included. I like to call this set the "Building Blocks on the Steps" set.

With these five, I need just one card to complete the team set, and it's really just a fringe Dodger card that's remaining. It's the Team USA subset card of Jim Poole, in full U.S.A. uniform. The only thing that helps you determine it's a Dodger card is the listing of the team name on the back. I can wait to land that. 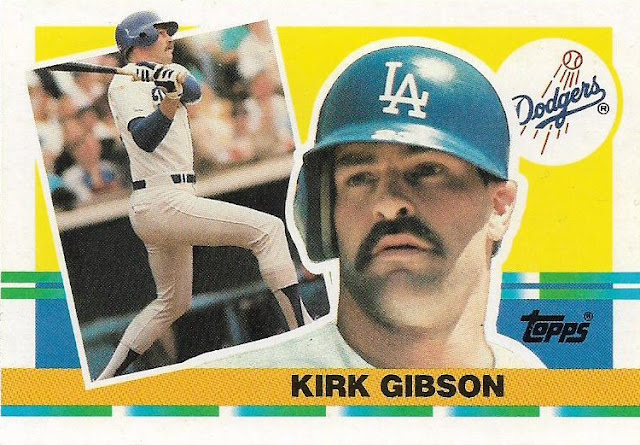 Mark also sent one card from the 1990 Big set. The '90 Topps Big set definitely conveys a California Coast feeling, which is appropriate for the Dodgers.

I'm down to the Hubie Brooks and Kal Daniels cards to finish off the '90 Big Dodgers set.

As you know, the Big sets paid tribute to mid-1950s Topps, right down to the cartoons on the back. But as the sets progressed, Topps got stingier with the cartoons. 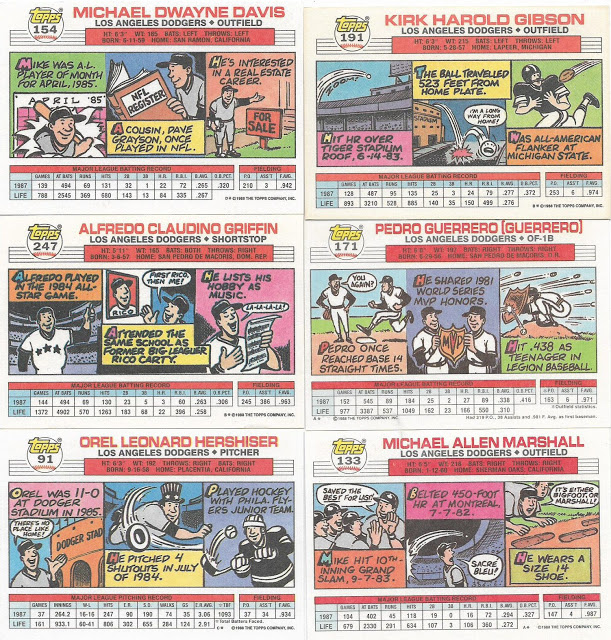 You can see there are three cartoons, just like in the 1956 Topps set. In the 1989 set, some of the card backs offered three cartoons. 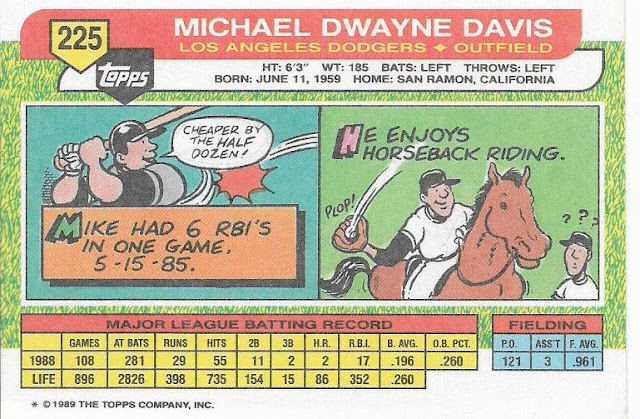 But some of them presented just two. 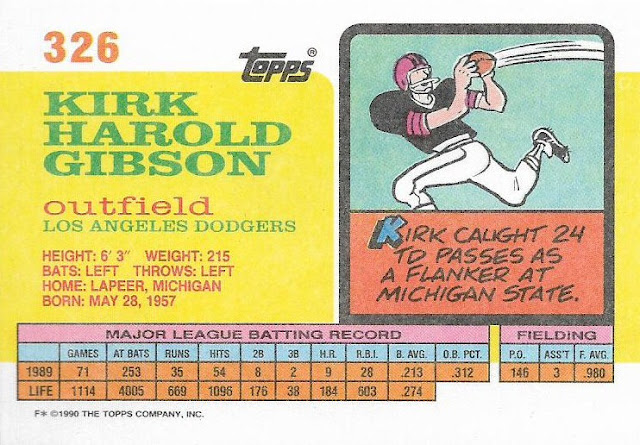 So, thanks, Mark, for the Big cards, and the opportunity to block out all that internet babble with them.

See you on the card blogs.

Jeremya1um said…
How do you store the Topps big cards? All of my cards are in albums, so I usually try to slowly fit them into the 9-pocket pages, but was just wondering what the rest of the collecting community does.
November 11, 2016 at 4:51 AM

Jeremya1um - I love storing my cards in binders too and these cards look awesome displayed in the 8 pocket pages Commish mentioned.
November 11, 2016 at 11:50 AM