Card show in the mailbox 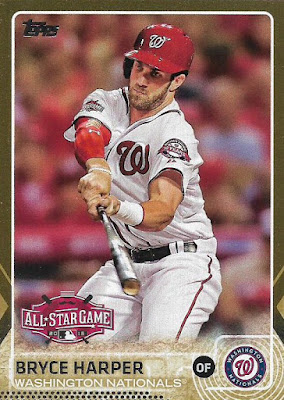 We are living in a wonderful time for collecting cards. As much as I go on about vintage and long for how cards used to be sold, you can pretty much find whatever card you want almost instantly these days. And, that, to me, is the best thing about the hobby today.

A distant second -- but still terribly cool -- is the fact that you can air your card desires to anyone who is reading and they show up in your collection. Thanks to the internet, and blogging, someone knows the cards you like to collect and sends them right to your door!

I don't know about you, but I won't stop marveling over this. The card show doesn't seem to be the be-all and end-all when you look at it that way. The card show came to ME.

So it is with the package that Dave sent. He knows what I like and he apparently has access to quite a bit of it. I realize this is a tired old premise that I've probably used a few times already, but these cards I got from Dave are like I went to the card show myself and picked them out.

But just to keep things official-like, let's see some of these cards and figure out whether I actually would have grabbed them if I saw them at the card show. 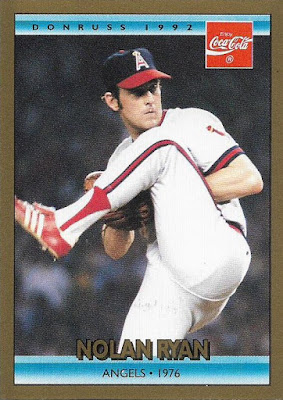 Possibly one of the most righteous night cards ever made. Everything bad I've ever said about 1992 Donruss -- and I've said a lot -- goes away with this one card.

Would I have bought it at a card show?: Oh, baby, would I. Nolan Ryan in an Angels uniform , as he should be? Mere second before delivering 100 mph heat? WITH AN ENJOY COCA-COLA LOGO, TOO? Gimme, gimme, gimme. 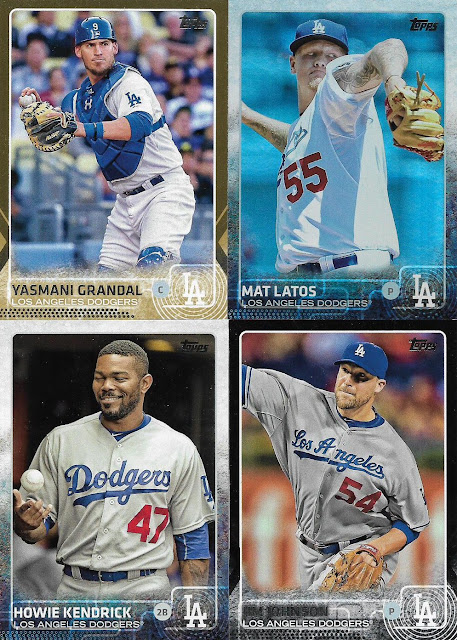 Would I have bought these at a card show?: Yeah, because I'm a sucker. Give me all the parallels. But I can already tell you I'll like the foil ones the least.

I very nearly threw this out. I thought I had fished everything out of the box, placed it in the back hall and there it sat for four days. My wife discovered it, sat it on the computer desk and was subjected to my interrogation: Where did you find this? What store? Where? Where?

I have the Gibson Baseball Talk card already. I am trying to decide whether to leave it be or open it. The fact that Lou Brock is in this package and that he wasn't a current player at the time makes me very curious.

Would I have bought this at the card show?: Probably not. I usually avoid gimmicky at shows because CARDS! 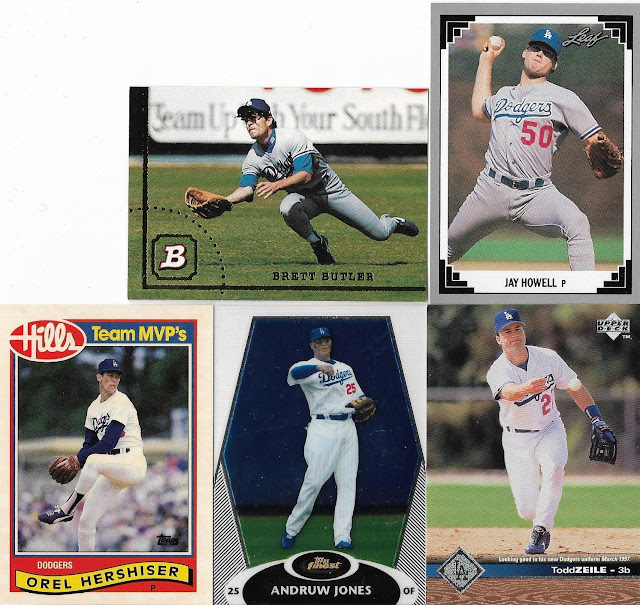 Every one of these are former Nebulous 9 needs. The Jay Howell has now arrived at my home twice, which is how these things work. The Brett Butler, meanwhile, sat on the Nebulous 9 for faaaaaaar too long.

Would I have bought these at the card show?: Without a doubt. Every last one of them would have to be in a discount bin because who in their right mind is trying to sell a 2008 Finest Anduw Jones card.

In the 1960s, kids used to learn about the traffic signals by collecting football cards. Paul Guidry means stop, Stew Barber means go, and Bob Cappadona means gun it, screw the car facing you who is trying to turn left.

Would I have bought these at the card show?: I am so focused on baseball, probably not. But these are way cool. 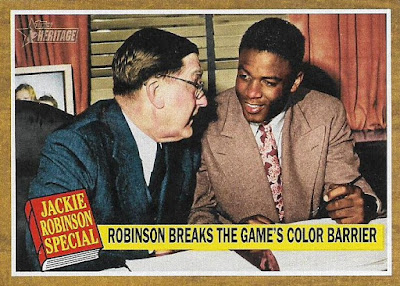 It suddenly occurs to me that I'm being suckered into collecting more than one Jackie Robinson insert series. There is the one from this year and there is this short-print version from 2011 Heritage.

Would I buy this at the card show?: In a second. The sucker acts fast. 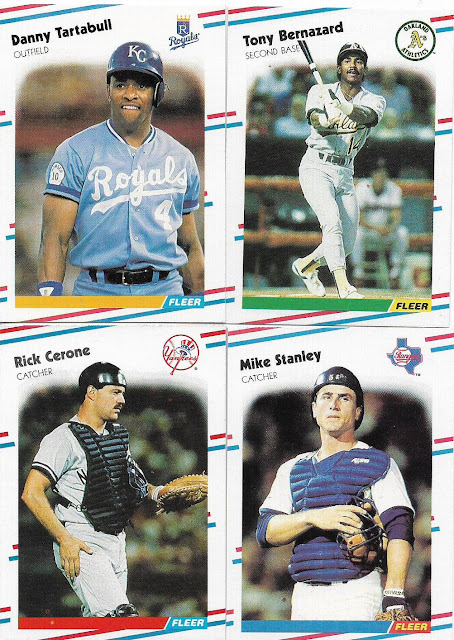 Plenty of night cards in Dave's packages. It's going to be a sad day when I completely fill the night card binder. Also, I was never aware that 1988 Fleer had so many night cards. 1989 Upper Deck might not be the night card pioneer I thought it was.

Would I buy these at the card show: If they're in the discount box (where else would they be?), sure. 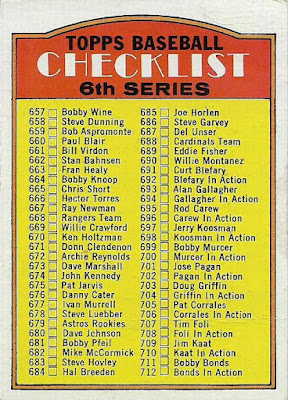 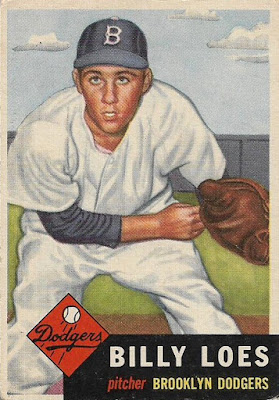 Both of these are upgrades. Normally I don't bother upgrading 1950s cards, but this is far too gorgeous to turn away. My other sixth series '72 Topps checklist is checked.

Would I buy these at the card show: The checklist, definitely -- I like pristine checklists. The Loes, probably not. 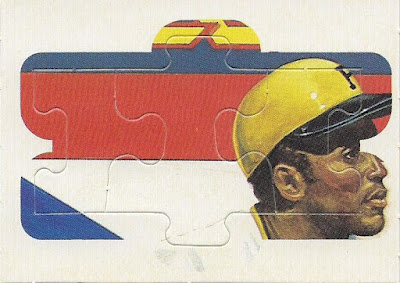 Dave sent me a bunch of Donruss Clemente puzzle pieces. For a minute I feared he sent me the entire puzzle, which would kill the theme of my incomplete Donruss puzzles (Duke Snider excluded, of course). Thankfully, I'm still a few Robertos short.

Would I buy this at the card show?: I don't collect puzzles. Nope. 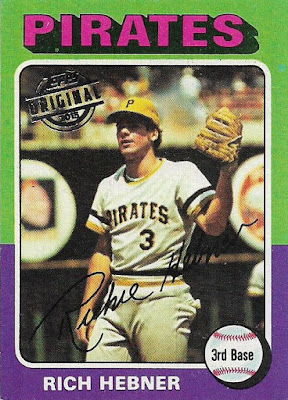 I'm am closing in on 50 buybacks from the 1975 Topps set. We're going to keep doing this until I can't go any farther.

Would I buy this at the card show: Absolutely. I've already landed a handful at shows. 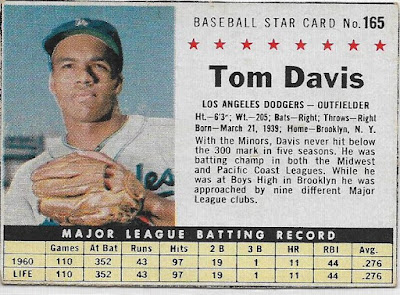 I don't think I've ever seen a card listing Tommy Davis as "Tom".

Would I buy this at the card show: Yup. I tend to get the Post sets mixed up, so I probably would buy this, then berate myself for buying a card I already had, then be shocked and amazed when I realized that I didn't have this one yet! Yay! 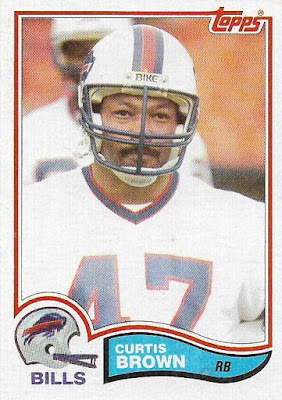 It's funny how guys who you've forgotten about for years just re-emerge in your consciousness with a peek at a small piece of cardboard. Curtis Brown, where have ya been? 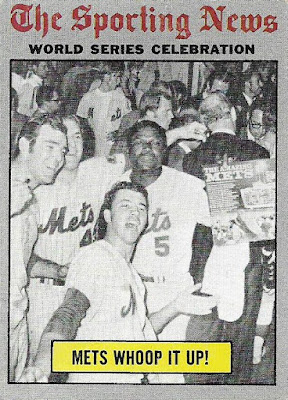 Does anyone say "Whoop It Up" anymore? I probably do. But I'm like an old man now. People probably look at me strangely with half the things that come out of my mouth.

Would I buy this at a card show?: Yes! Boring gray borders be damned, players are whooping it up! 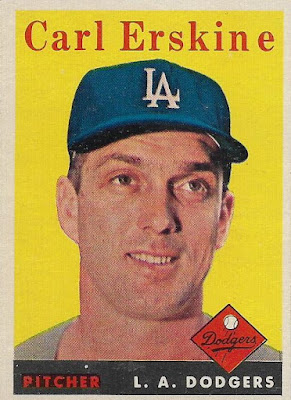 Erskine can hardly believe what it says on his cap.

Would I buy this at a card show?: Hell, cards like this are the reason I'm AT a card show.


Sadly, the card show is now over.

Mailbox card shows. They're not the wave of the future. They're already here!

Stealing Home said…
So many cool cards came out of that card show. That Billy Loes is the bomb and seeing the Jackie robinson Story insert reminded me this is a subset I need to chase.
December 18, 2015 at 10:35 PM

I have been 1 card short on that Jackie Robinson 2011 Heritage set forever. Card #143. Very difficult set to finish off - I got a few in trades then I'm about to start something similar to the Nebulous Nine and that will definitely be on there.
December 19, 2015 at 7:16 PM