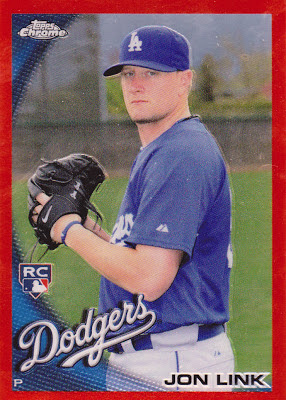 A few times now I've joked about becoming a super-collector of a particular player. There was the time when I said I was the world's No. 1 collector of Jon Link cards. Because how in the world would anyone else have accumulated more than 7 different Jon Link cards at the time (or currently, even)?

Even more recently I've joked about collecting Tom Murphy cards, because the Rockies catcher grew up not far from me and I weirdly seem to keep pulling his cards. 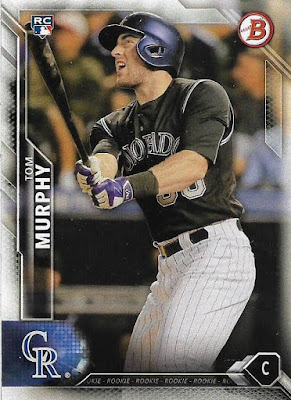 This was sent to me by Zippy Zappy at Torren' Up Cards. He always seems to have some Bowman cards just sitting around.

ZZ sent me another card that has me stumbling into another accidental super-collection. 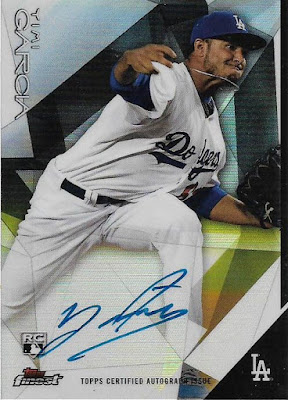 It's an autographed card of Dodgers reliever Yimi Garcia, who all but disappeared this past season with various injuries. The Dodgers could have used him this year, instead of continuing to trot Pedro Baez out there.

And I really should be thinking about it because this latest autographed card of Garcia gives me this: 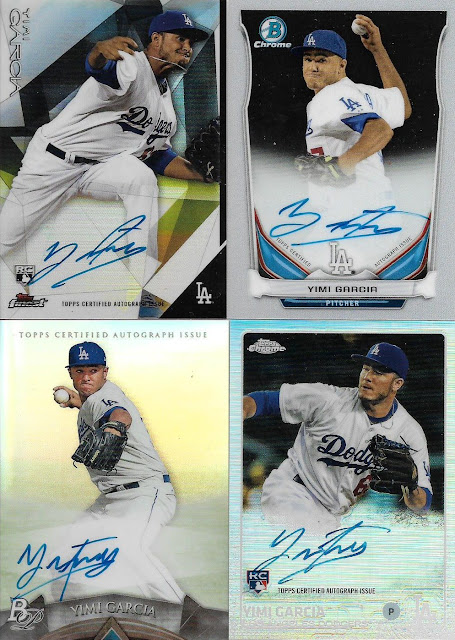 It's a quartet of Yimi Garcia autographs!

That's pretty amazing to me considering he has just one full season in the majors ... and I'm not actively looking for his cards. (P.S.: I'm not sure whether all of those signatures match).

I certainly could fool people into thinking I'm a Yimi Garcia super-collector by flipping out those bad boys.

But the joke's on them, because I really have no intention of going all-in on Yimi Garcia cards, or really another other player's cards. If I did do that, it would be for Ron Cey and nobody else, and even the thought of fighting some Penguin super-collector out there for a super-rare Ron Cey sticker issued only in Australia gives me a pain above my left eye.

So instead, I just happily accumulate Dodgers. Zippy was accommodating in this way, too. 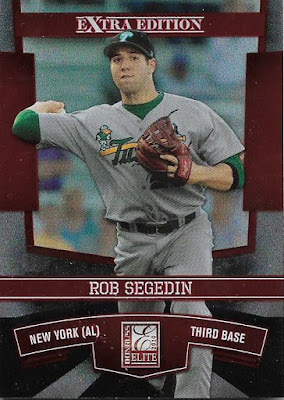 OK, this isn't a Dodger card. But he is a current Dodger. This is my first Rob Segedin card. Segedin is now known for hitting back-to-back home runs with Andrew Toles at the end of this past season. It was each player's first home run, making it only the second time that this had happened in history (the first time was by the Yankees earlier in the same month).

Segedin also knocked in four runs in his major league debut with the Dodgers. He has a ToppsNow card for the back-to-back feat, but I'm not made of money so I'll accept this card in the meantime. 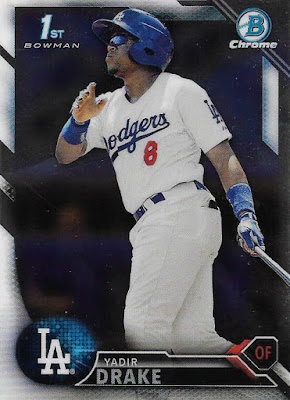 Here is one of those cards that Bowman issued too soon. Yadir Drake was released by the Dodgers in May after batting below .200 in Double A. If I ever decide to pare down my Dodger collection, these "never were" guys will be the first to go. 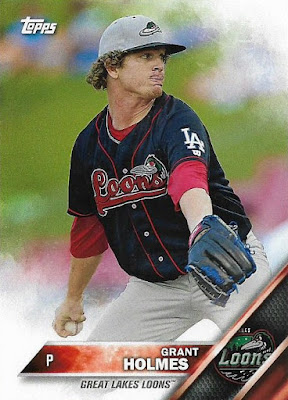 More guys not with the Dodgers. Grant Holmes was dealt to the A's in the Josh Reddick-Rich Hill deal. But at least I have a card of him as a Loon. 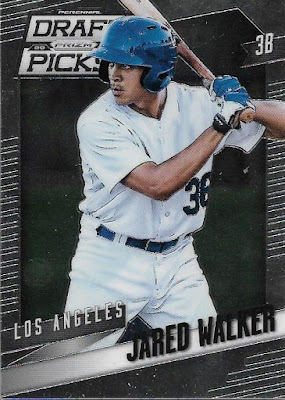 Jared Walker finally hit A ball this past season after three years in rookie leagues. He found the jump challenging. I tried to read the back of this card to see what Panini said about him, but as usual, I found the point size challenging. 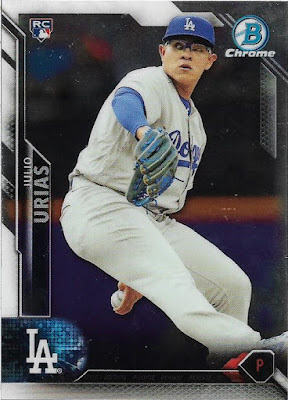 Here we go! A player who I expect to be with the Dodgers for awhile. I already enjoy watching him pitch. Too bad he wasn't a little more developed (and the Dodgers didn't have a makeshift starting staff) -- they may have been able to put away the Cubs.

As good as Urias might get, I know I won't be starting a player collection for him. I'll just randomly accumulate his cards through grabbing all the Dodgers I can. I'll keep the super-collecting to the professionals. 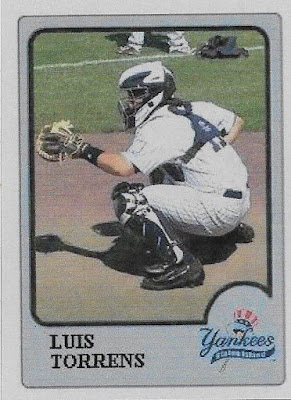 I can't compete with that.

Zippy Zappy said…
Glad you liked the contents. I'll be sure to keep an eye on more Uriases, Garcias and Murphys for you as time goes on (sometimes tells me they'll be around in card sets for a while). Also you might be right about the super collecting thing. Not that I'm a pro, but I do have weird twitches. And my super collection guy hasn't had a card issued in over two years...
November 4, 2016 at 9:09 PM

Stack22 said…
If Topps gave us a simple base set as plain as that Luis Torrens at the bottom, would it be celebrated (by peopl besides me), or hammered for being lazy or too similar to '73?