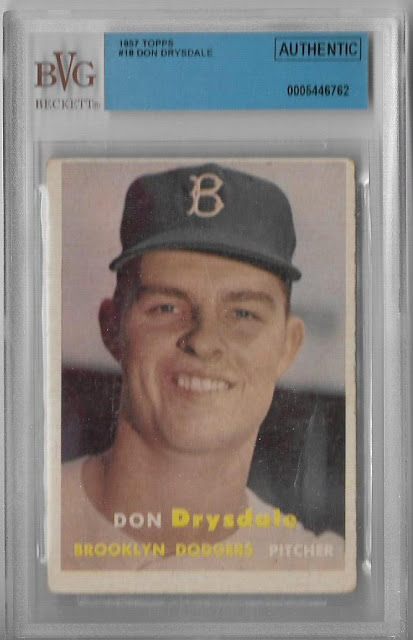 When I was in high school, there was this nun who controlled the library. I don't remember any other teachers or workers in the library. Just her. She almost never said a word and I barely recall her leaving her desk station at the front of the room.

She was older than dirt, moved very slowly and wore a perpetual lemon-sucking expression on her face. As you entered the library, she'd give you the once over like "here's another one." She looked like Anne Ramsey in "Throw Momma From The Train," with gray hair and a nun's habit. I don't remember her name but I'll always remember the one expression I did hear her say several times over.

High school kids have been known to act up, and the worst place for that to happen is in a library with a lemon-sucking nun at the helm. When it would occur, Sister Anne Ramsey would bellow in a very unlibrary-like voice:

The offending student or students would trudge out the door with the library nun staring them down the whole way.

You can imagine how jarring this was. She never said anything, but when she did, it thundered. I could swear it echoed. It became the height of hilarity to imitate her directive. And then high school ended and the library nun didn't matter anymore.

Years and years later, when I am involved in a repair project or some sort of renovation that involves some stubborn object that will not come off or out or twist or turn, I find myself channeling the library nun and exclaiming, mostly in my head: "GET OUT!!!"

It just happened the other day. Yesterday I decided to remove the above 1957 Topps Don Drysdale rookie card that was gifted to me by Cardboard Icons from its Beckett grading case. I had put it off for awhile because, man, those Beckett cases look thick, and I didn't dare remove it my normal way -- by bashing the top label part with a hammer.

So I quickly researched a more docile means of removing grading cases, gathered up my hammer and screwdriver and got to work. The trick, apparently, is to chisel the sides of the case until you can wedge the screwdriver into one of the sides and pop the case open.

It wasn't quite that easy. I don't know if I was being too enthusiastic or what, but as I chiseled the edges, plastic fragments would fly across the kitchen. And then I'd have to gather up those fragments so nobody stepped on them. Eventually -- finally -- the card GOT OUT!  You can see the damage here: 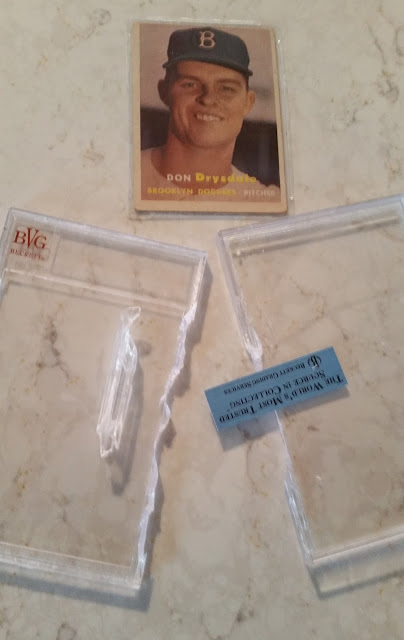 Gee whiz, I guess the card is no longer "authentic" now.

Here is a closer look at it: 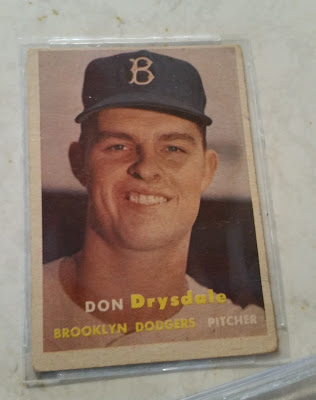 Now, I am so unfamiliar with the Beckett grading process that I thought the card was contained in a penny sleeve, which usually has an opening on the top. But, no, not with Beckett. They want to make doubly sure that no one ever touches this card again.

The entire card was enclosed in a plastic case. No opening.

Fortunately, I was able to spot a corner where the two sides of the case had split, like when you're opening a cheese stick.

"Oh, this is ridiculous," I thought as I started pulling the two sides. "This isn't a cheese stick. I'm going to ruin the card!" 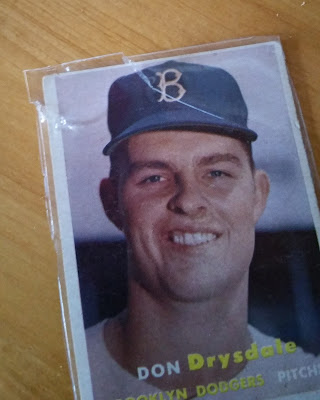 There you see the corner plastic pulled away. That's when I carefully inserted the scissors and began strategically cutting to free the card but not bend the card.

Finally, after spending far longer than I wanted to do this, the card was free. It was OUT: 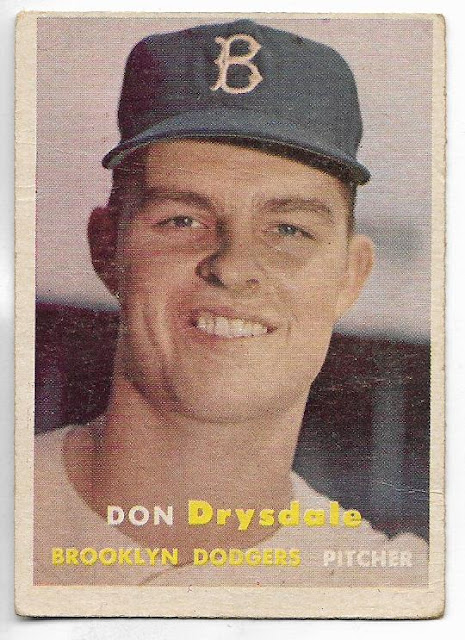 Ol' rookie Drysdale never wanted to be in that graded case in the first place.

Just like I never wanted to be in that nun's library anyway.

Stealing Home said…
Ha - now another (possible) match in our life stories, N.O. I'm guessing you went to Catholic high school? Me too ( and Catholic primary school).
However, my high school teacher who famously said "Get out!" (and we all loved imitating) was a male lay teacher, Mr. Richards. I can still hear him today :)
November 10, 2016 at 12:57 AM

Michael Ott said…
A beauty! Much more enjoyable now that it's been liberated from the plastic coffin.
November 10, 2016 at 9:52 AM

Reggie Dunlop said…
Not to get judgemental, but nuns get such a bad rap as being cold, uncaring, disciplinarians, but I wonder how many students at your school had a kind word for her? I think we'd have much higher quality schools nowadays if there were more nuns teaching in them. Maybe I'm just feeling melancholy because my wife's aunt was a nun who wore the full, traditional habit and worked in schools for more than fifty years (including having Lebron James as a student). She passed away a couple of months ago--and she was truly a beautiful person. Her memorial service was packed with former students. Anyway, God Bless, and keep up the good card blogging :}
November 10, 2016 at 11:47 AM

night owl said…
I am sorry about your wife's aunt.

I've met and encountered many nuns in my life. Many are the best of humanity; there are so many lost people out there who could learn from them and gain a better life for themselves as a result. Others have no business being around children.

Dan McAvinchey said…
I've removed a bunch with a box cutter (basically a razor blade with a metal handle), the whole thing just pops open when the blade wedges between the two large plastic parts, and you give it a soft twist.
November 10, 2016 at 3:08 PM

Stack22 said…
Cool card. You did the right thing but setting it free and putting it back in the wild. Zoo'S may be safer, but the animals always look depressed.
November 11, 2016 at 8:55 AM