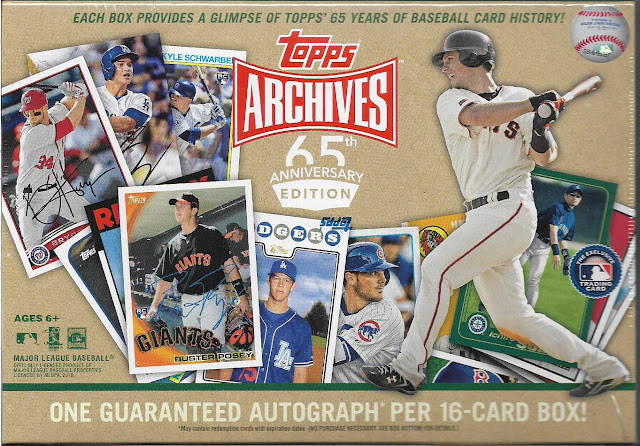 I knew it would happen.

After all that talk of shopping this past weekend and avoiding stores at all cost, I knew I would get the urge to buy some cards. Personally, I blame a couple of online orders for Christmas gifts I placed for other people. That will always set off the desire for a little something for myself.

So it was that I found myself driving to the giant Walmart on the edge of town at 11 at night after a Sunday of working on my day off (it's a long story you don't want to read).

I figured all of the Black Friday shoppers were safely nestled in their beds by then. But not quite. As I walked toward the store, I noticed a typically smokey car pulled up just beyond the entrance doors with its motor running. This is always annoying to me, but I figured it was Walmart, something like that is practically part of the decor.

As I approached the doors, a guy from inside the car yelled out to me, "Hey, sir! Sir!" I glanced over instinctively. He gestured and said, "Come here for a minute."

Come here for a minute?

OK, first of all, who does that at 11 p.m. in a darkened parking lot? Secondly, who looks at a guy hollering from a beat-up car in the middle the night and actually says, "OK" and ambles over?

I kept walking into the store, and told a worker that they had someone soliciting who knows what in front of their building.

But what I should have done is tell the car dude, "I don't know what you're selling, but I'd rather be suckered by some baseball cards. Thank you very much."

And then I went and bought a box of Topps' latest Christmas-time creation, the 65th anniversary archives set.

So I knew there wouldn't be much exciting for my collection, but, hell, why not? An autograph. Let's do it. 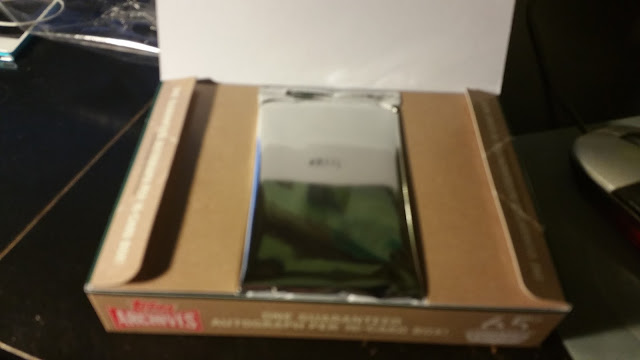 That's a blurry photo of the box. You can see it's presented like some sort of high-end product. "Behold! A Shiny Wrapper!" 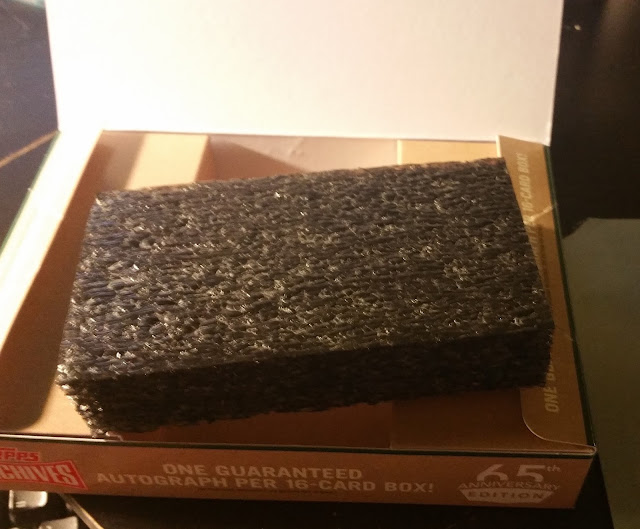 Before I get too far from the photo at the top of the post, you probably noticed the autographs advertised on the thing: Posey, Seager, Harper -- you know, the guys who no one will pull. There are 35 autograph subjects in this set. My guess is they had Harper, Posey and Seager sign 10 cards each.

(Even weirder is I don't see a Harper auto as being listed on the checklist. Hmmmm).

But let's get to reality. What did I get? The shiny pack has been opened: 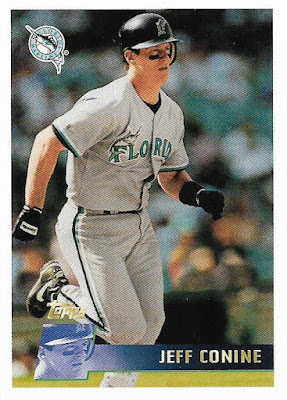 When I first heard about this product, I thought it was offering cards from the 2016 Archives set issued earlier in the year. I thought that was pretty lame, but Topps is always repackaging earlier sets at this time of year.

It turns out it's an entirely new Archives set -- because WE NEED MORE REPRINTS!

This is more in line with the original Archives set issued in 2001. I know some collectors have nostalgia for that set, but I never understood it. It's just copies of cards that already have been issued. That's kind of fun if it's a card from before 1970, but something from 1996? Why?

I should've found out what the car dude was offering. 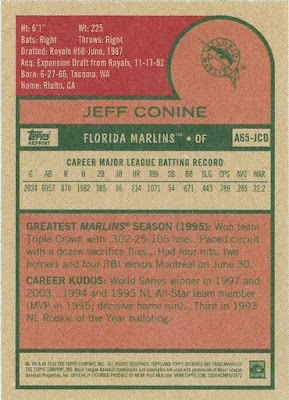 I almost forgot about the back. And how could I? It's 1975 Topps themed! This was a pleasant surprise, although the back has been dumbed down quite a bit. Single career stats and no cartoon, just a logo. But I do enjoy seeing those '75 Christmas colors. 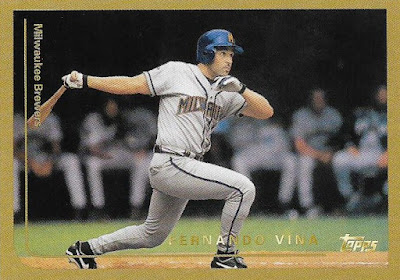 Do you remember the day you pulled your 1999 Fernando Vina card? Everyone does, don't they? 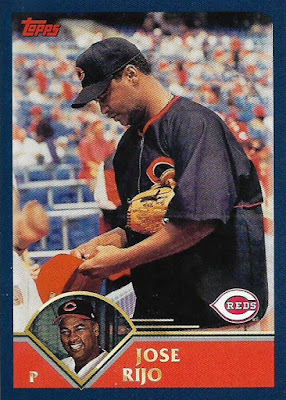 This card was kind of fun, just because I collected so few 2003 Topps cards. Perhaps that's what Topps is getting at: remember those years when you refused to collect cards because you were mad at baseball/the hobby/us? Well, here's a second version of that card, just because! 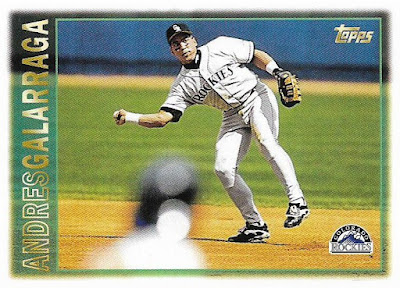 These cards feature almost no gloss, which is odd when you're pulling a card with a design from the late '90s/early '00s. 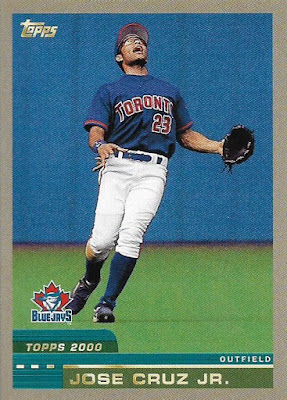 OK, this is where it gets strange ... 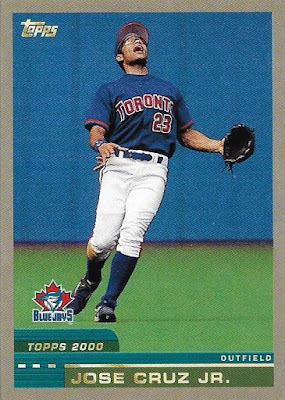 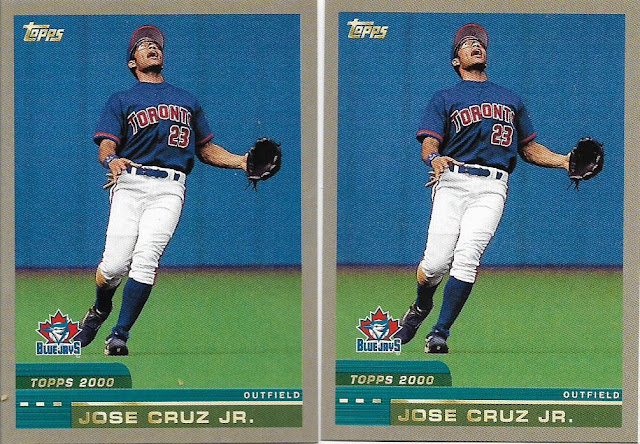 I paid $25 for this! There are 16 cards! You think you can avoid putting dupes in the same box?

Stay tuned, this is only the half of it. 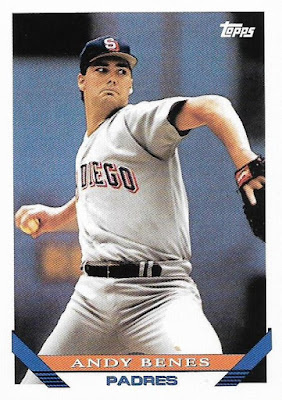 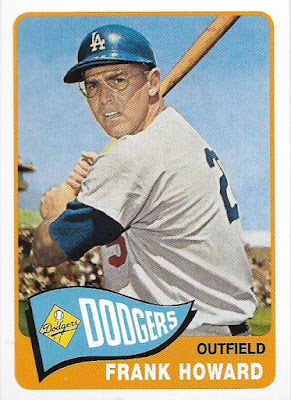 This is the happiest point of the box. Sure, it's a reprint of a card I already own. But after pulling all those '90s reprints, it was nice to see '60s Hondo.

Also, it happens to be a numbered parallel: 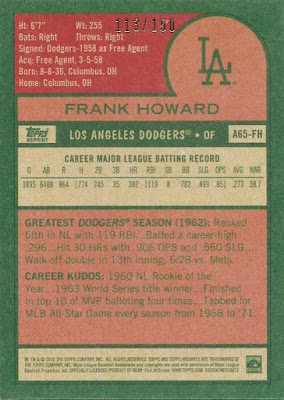 Isn't that Christmas-y? There are more rare red and black borders, too. Back parallels are pretty ridiculous at this point, but at least it's a Dodger! 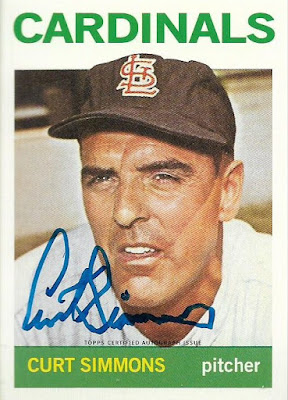 There's my autograph. Curt is 87 these days, but Topps is putting him to work. I noticed someone else pulled a Simmons auto.

Truth be told, this might not be the most desirable autograph for younger collectors, but Simmons is the oldest guy on the autograph list and that's kind of cool to me. Only him and Vern Law go back a ways. Anyway, this will probably end up with Cards On Cards. 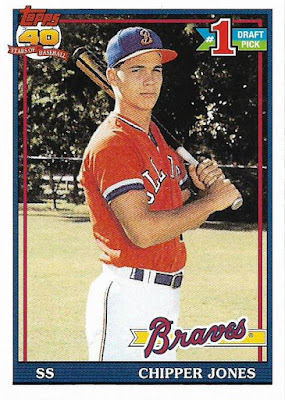 Famous card. I'm sure every collector has the actual one by now. 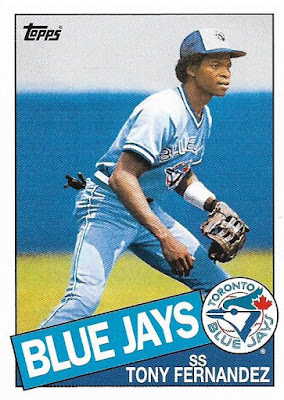 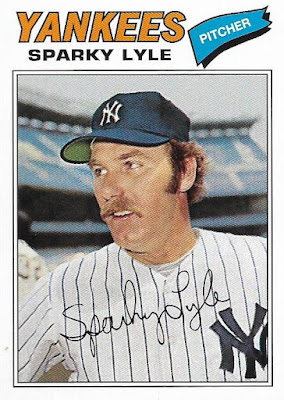 Pay careful attention to this card. Like "Match Game"-style attention. 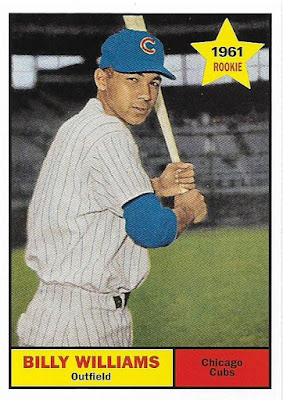 This card and the next two are pretty cool. Would be a lot cooler with better card stock, but suckers can't be choosers. 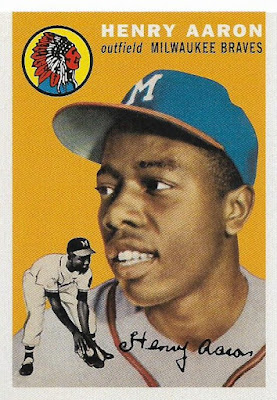 There you go. I ain't ever getting the actual thing, so that's where Archives has done its job. 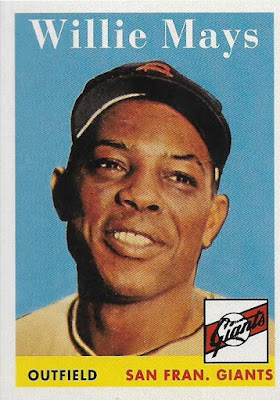 I traded a beat-up version of the actual '58 Mays to ARPSmith awhile ago. I consider this the result of good karma. 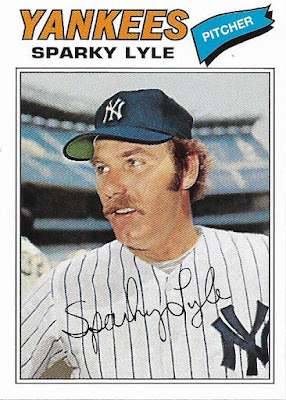 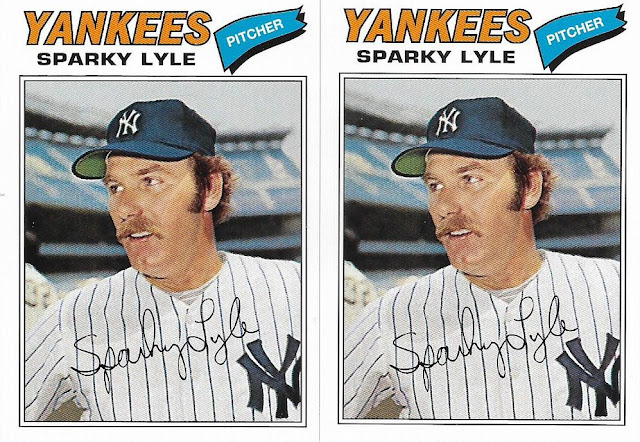 Way to finish off this box on a high note!

There are just 65 cards in this set. Apparently that's not enough to go around in a 16-card box, even with the usual bazillion different parallels.

I can't say I'm sorry I bought this box. I knew going in that it wasn't going to be great. But I got my promised auto and a Frank Howard card I like, and the pseudo '54 Aaron is kind of cool.

So if you like that kind of stuff, pick up a box at your local Walmart.

If you don't, you can always see what the skeevy guy hanging out in front of the building is offering.

Adam said…
I saw these had been announced but the details weren't all that great in the article I read. I was kind of hoping that they were cards like Archives instead of yet another reprint. I can't believe there were that many duplicates though in one box, ridiculous.
November 28, 2016 at 9:19 PM

Johnnys Trading Spot said…
HA! Walmart got me in a similar way today. I'll post it tomorrow. You may actually like it. On a side note, wanna trade that Chipper and Hank?
November 28, 2016 at 9:32 PM

night owl said…
Am I trading Chipper and Hank for the thing I actually may like that you mentioned? Just curious.
November 28, 2016 at 9:54 PM

Metallattorney said…
I bought one of these today. No dupes, but I didn't pull any Red Sox and my auto was Fernando Tatis. I did pull the base Sandy Alomar Jr. though.
November 29, 2016 at 12:47 AM

Commishbob said…
Best thing about that pack? It produced enough comments that I scrolled down to Charlotte McKinney's picture again. Whhooop!
November 29, 2016 at 8:02 AM

Brett Alan said…
Yipes. I don't have much interest in reprints to begin with, and a 65 card reprint set that includes Jose Rijo, Fernando Vina, and Andy Benes? Why? That's even before you get two dupes in the box--I'd complain to Topps about that.

I only got suckered this week into buying the one box of Holiday at my Wal-mart, because if you're gonna do a pointless reprint, put snow on it! Um, well, at least I get 100 cards with my guaranteed hit (although the Holiday hits are almost always relics, not autos.)
November 29, 2016 at 2:37 PM

Peter K Steinberg said…
I agree with Brett. The players in the set are kind of laughable. Certainly some highs, but those lows are wicked low. I enjoyed the snarkiness of your post. Thank you, though I'm sorry I'm enjoying it at your expense.
November 29, 2016 at 8:13 PM

Two Packs A Day said…
who is curt simmons?

i've been a baseball fan since 1980 and haven't heard of him. Topps should have included autos of HOF's or at least superstars and stars from the junk wax era to present.

Fuji said…
Everything about this product caters to guys like me. I've always been a huge fan of Archives... especially their on-card Fan Favorites autographs. But I just can't get into the groove. Too much of a good thing can often lead to "too much".
December 1, 2016 at 10:49 PM

Jeffrey Freeman ~ fitefansho@hotmail.com said…
I bought one box and got a Ken Griffey Jr. Redemption auto.