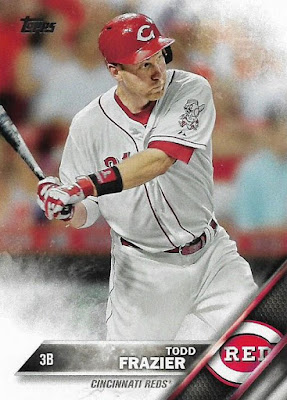 I don't know if you're aware of it or not, but we're in the middle of a border war. Topps doesn't think we need them anymore.

It scrapped the borders from its flagship set this year for the first time in ... well, ever. And it plans to do the same thing in 2017.

As I've said before, I don't think lack of borders is the biggest problem with 2016 flagship, I have so many other issues with it. But taking the border away from flagship is just plain wrong. I know people born after 1985 don't know what I'm talking about -- they were six at the most when Stadium Club first showed up for crying out loud -- but borders give a set character. God, I hate how many times I've said this, but, look at 2015 Topps. That set had character out the ever-living smokestack because it had fat borders in a rainbow of colors.

In 2016, we have fog and smoke and slashy TV graphics to give our sets character. Doesn't do it for me. I've got to have that border. Otherwise it's a watered-down version of Stadium Club.

So I decided to throw a border on this year's flagship, to see if it would've looked any better. Here's a Todd Frazier in a basic white model: 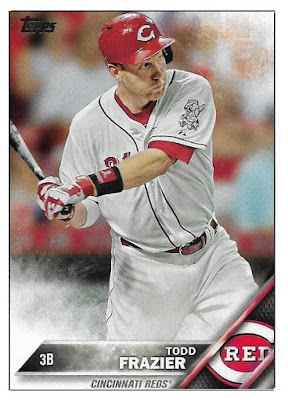 That looks slightly improved. At least the team logo/name plate thing has an anchor. But the smoke-effect makes it difficult to pick up the border on the corners. That 2016 Topps just keeps messing things up in a variety of ways. 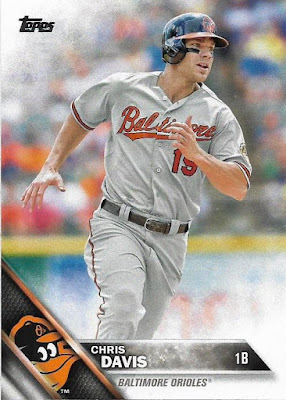 I had to be selective with the card I used. Topps likes to zoom in so close on its subjects these days (another modern card technique that I wish would go away) that there were body parts touching the edges of so many cards. At least Chris Davis here has some room to breathe. 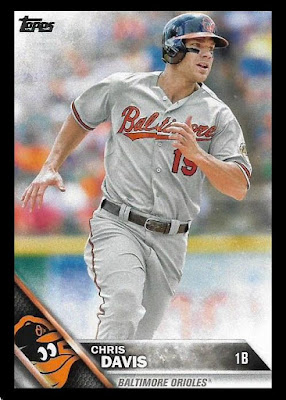 That's 2016 Chris Davis with a border. Doesn't that look better? Wipe away the smoke and that's almost a collectible card.

Here are a few more: 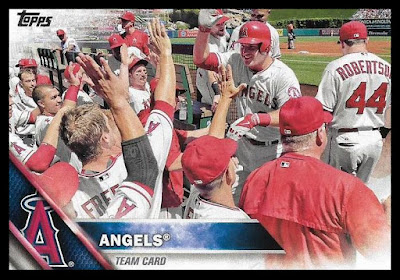 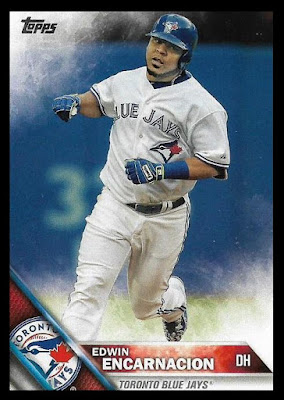 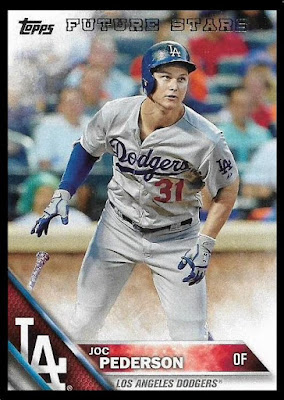 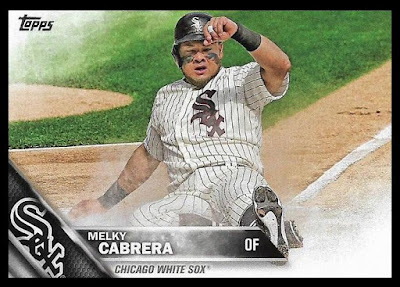 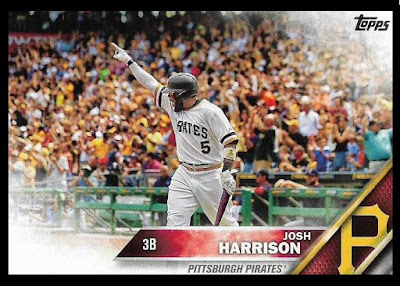 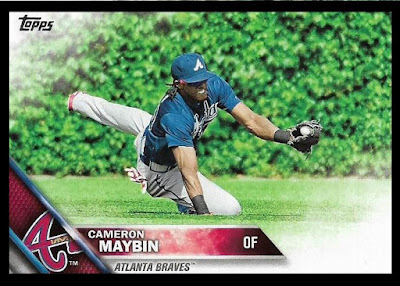 Damn, those look so much nicer.

This is kind of the quick-and-dirty opposite of what Gavin does at Baseball Card Breakdown, where he removes the borders of classic sets to see what the cards would look like full-bleed. Most of the time when I see those posts, I think "yeah, I like the border better."

But then I was 20 in 1985. And every card set had a border. And the concept of "Black Friday" as a "get-up-early-and-shop-all-day extravaganza" was only a few years old.

Some things, though, should never change. Borders on flagship being one.

Chris said…
I agree, the black borders are a must. And 2015 flagship was one of my favorite Topps designs in recent years. Seems like they're going backwards unfortunately. I dont like the look of 2017 flagship at all.
November 25, 2016 at 9:37 PM

Trevor P said…
I don't have an issue with the borderless cards, but that black border is beautiful!
November 25, 2016 at 9:39 PM

The Baseball Card Snob said…
Not a fan of black borders for the most part (chipping, aauugh), but these look sweet. Add me to the Flagship needs borders supporters, but I prefer white, not colored. Makes it easier to pick out the parallels and the Wal-Mart blue parallels look good on my Yankee cards, and sometimes the Dodgers.
November 26, 2016 at 12:09 PM

Brett Alan said…
You know, with the literally dozens of alternate and parallel versions of these cards being churned out, they could easily do both bordered and unbordered versions. Does anyone have a final count of what's the max possible numbers of versions of one card Topps has made this year? With flagship, Opening Day, Chrome, holiday, team set, and league stars versions and all the parallels thereof, it's got to be high.
November 26, 2016 at 2:16 PM

beefman said…
Wow, those black borders make the cards look incredible! Now I can see why the framed parallels are so popular.
November 26, 2016 at 4:19 PM

Teresa Whitesel Navarro said…
The cards certainly look better. I would use the team color for the inside border and a white for the outside frame.

Jim from Downingtown said…
The cut-off team logos in the slash area is a joke. Who decided that these angular, faux-3D graphics were a good idea? I see them all the time on Comcast SportsNet, and it adds nothing (but manufactured gravitas) to the viewer's experience.

Looking at these cards, I can just hear the accompanying bang of a jail-cell door that inevitably accompanies these self-important graphics on TV.

GCA said…
It's the smoke that screws it up. It's like they tried to "innovate" the borders away and make pseudo-borders in two corners with the smoke effect. Step away from the smoke machine, Topps!
November 26, 2016 at 9:10 PM

Ana Lu said…
LVO cards is a no-no.
I like to see if there are some dust or dirt fying around when they slide. With that corners fog I can't see it!
Cards without borders look unfinished. Like the cutting machine had some problems and cut the cards the wrong way and something is missing.
November 27, 2016 at 8:26 AM