Now explain to me who's buying Series 2 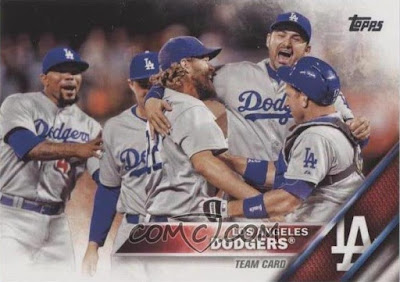 The Topps formula for flagship has been the same since I returned to collecting current cards in 2006. There is a Series 1, a Series 2 and then your update set.

This format must work for Topps as it's been going on for at least 10 years. But I often wonder who is buying Series 2.

There is natural fanfare and a natural desire for Series 1 and Update. When Series 1 comes out, it's practically a card holiday. Collectors have waited through a long hard winter (although not as long and hard as I remember since you couldn't buy a damn baseball card between October and March when I was a kid). It is a thrill to see collectors open packs of Series 1 on the blogs, or wherever, every year.

The same goes with Update. Fans have experienced the full season, they are eager for an update to reflect what they have just seen: players with their new teams, new players who emerged on the scene.

But Series 2? What's in it for the collector? For the most part, it's just more of Series 1. There is hardly an updating of players in the set, and everyone has seen the design of the cards and is familiar with the various inserts and other gadgets. If you enjoyed the set in Series 1 and are collecting it, then you dutifully acquire the Series 2 cards. If you didn't enjoy the Series 1 set (looking directly at you, 2016), then why on earth would you buy more than a couple packs of Series 2?

This is where we're at this year.

As I've said a few times already, I've yet to finish the Dodgers team set from Series 2. I am two cards away. The card at the top of this post and the Kenta Maeda card are sitting in my COMC cart right now rotting away while I work up the desire to purchase them.

There have been years previously when I've completed the Series 2 team set in July.

Here is another example of how desirous Series 2 of flagship has been this year. 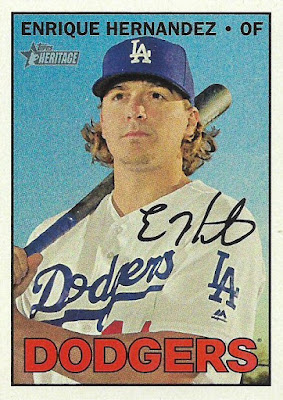 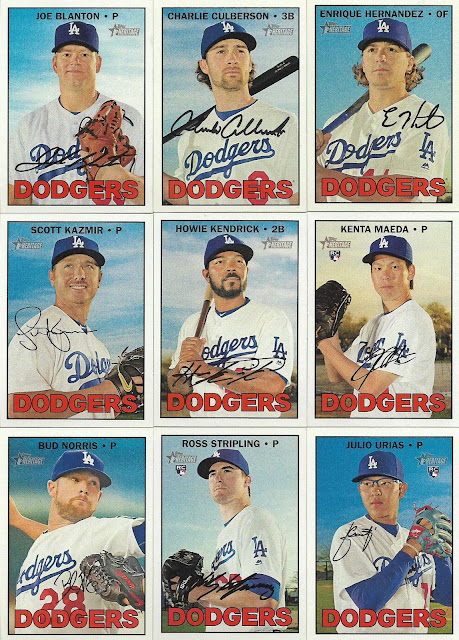 There they all are. A tidy nine cards.

Of course, there are still some inserts to pick up (and parallels and variations if I want to be extra goofy), but included in the above nine are two short-prints (Maeda and Stripling).

This is a set that was released about 4 or 5 months after Series 2. And it's done. Short-prints included. That's because I bought a heck of a lot more Heritage, including the Heritage High Numbers, than I did flagship. And, since I owe a great debt to many collectors for my Dodger collection, so, apparently, did everyone else.

My guess is that Series 2 cards are much less plentiful than Series 1 cards in collections since Topps went to this format. I know that's the case in my collection. What happens to all those unsold Series 2 cards when the flagship set isn't that popular? I doubt Topps is allowed to dump cards in the ocean like in the old days. Perhaps cases of future Topps products are made from recycled Series 2 cards from previous years.

Anyway, just some thoughts while I'm still two Series 2 Dodgers away from the set.

I promise I'll pull the trigger some day. There's just a whole lot more interesting out there right now.

Laurens said…
I think those Series II cards [i.e. unopened retail] goes into those repack boxes with the assorted packs.
November 17, 2016 at 8:04 PM

RAZ said…
There have been an awful lot of Series 2 products from various years in Blowout's Black November sale this year.
November 17, 2016 at 11:30 PM

Anonymous said…
Laurens beat me to it... You'll complete the Series 2 team set after packs start to appear in repacks.
November 18, 2016 at 6:48 AM

GCA said…
To me it all goes together. If I like Series 1, then I'm automatically going to get 2 and Update. Of course, I'm a set builder and in the minority these days, so I will get it all or will sample a pack or a blaster and trade them all away.
But if you're a team or player collector, you will most likely strive for at least the guys you need for that. I don't know too many player or team collectors who aren't completists. So I wouldn't think there would be too much unsold of one series out of the three. A set is a set...the series are only seperate in their release time. I would think only Series 1 would sell a little better because of people trying it and not continuing.
November 18, 2016 at 9:06 AM

Fuji said…
As a guy who doesn't bust a lot of wax, the decision to split up the set into three parts doesn't bother me that much. It could be worse. Imagine them going retro and splitting the checklist up into six or seven series.
November 19, 2016 at 9:48 AM