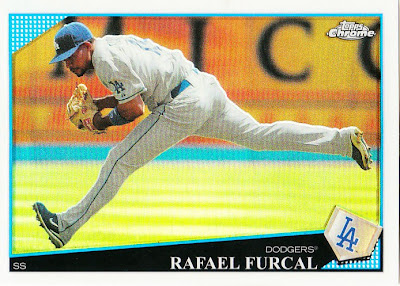 I have always loved this card. The 2009 Topps set contained quite a few great photos and some cards got overlooked. This is one of them.

But it's not good enough to make the "Best Dodger Card Ever Made" countdown.

Four months ago, I announced that I would present a countdown here on the best Dodger cards in my collection. I'd find 100 of the greatest and then get all Casey Kasem on your upside and not stop 'til I got to the top.

So I went through all 12,000 or so Dodgers in the collection and came up with a list. Then I whittled down the list some more. I'm now down to 108 cards that I like quite a bit. Meaning that I have to trim eight more cards in what is sure to be a tortuous, agonizing exercise.

"I have to eliminate the Topps Allen & Ginter Russell Martin card from the top 100 Dodger cards ever made countdown."

Already I have eliminated some cards that I really enjoy. 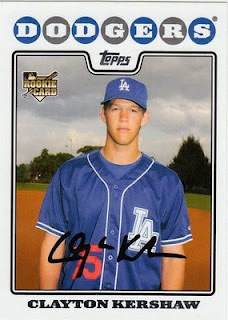 2008 Topps Updates & Highlights Clayton Kershaw: This was the Kershaw with the rookie card logo. A base-card score for any Dodger fan. But it's not even the most anticipated Dodger card in that year's U&H set. So Kershaw went bye bye. 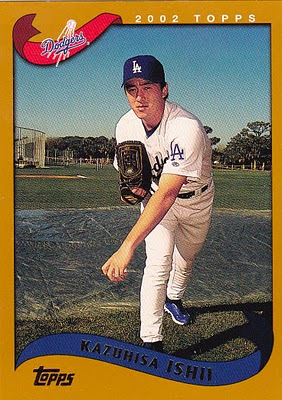 2002 Topps Kazuhisa Ishii: I considered the "rookie card hype/spastic collectors" factor in the countdown. Back in '02, Ishii's cards would be at the top of the list (especially after arriving immediately after Pujols and Ichiro). But Ishii didn't really produce, and production is something that's important to the countdown. 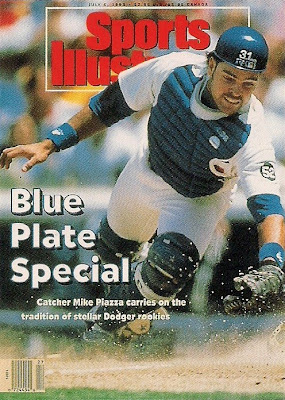 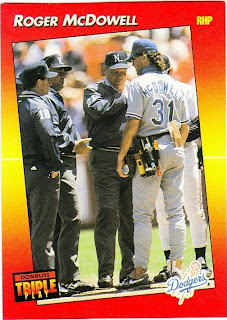 1992 Donruss Triple Play Roger McDowell: Goofy gets rewarded here. This is probably my favorite of the litany of goofy Roger McDowell cards in the early '90s. But even though I have a childlike reverence for anything Triple Play, I just can't see it in a list of the "100 Best." 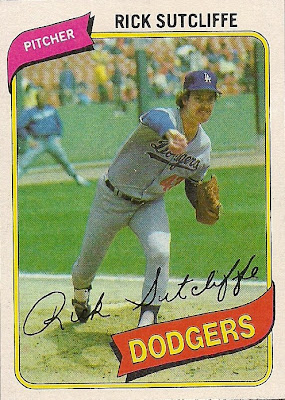 1980 Topps Rick Sutcliffe: Lots of rookie cards will make the top 100. But not this one. Sutcliffe was a disappointment for the Dodgers after his rookie season. He went on to do good things for other teams, making this card a bittersweet "What Could Have Been" card. Not good enough for the 100. 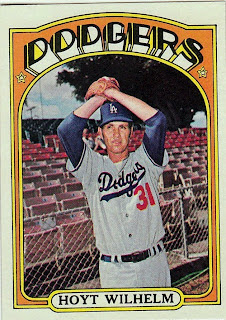 1972 Topps Hoyt Wilhelm: High-numbered '72? Check. Wilhelm in a Dodger uniform? Check. Rows of empty spring training seats? Check. But there are even better Dodger cards in the 1972 set. So, I apologize, Hoytster. 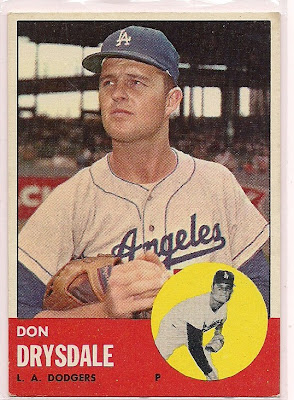 1963 Topps Don Drysdale: I have an unhealthy attachment to this card. Obtained when I was a teenager in my own blockbuster card trade, it instantly became the Most Pristine Old Card In My Collection.

I refused to let anyone touch it and it was protected in a penny sleeve at all times. But apparently, I handled it a few times myself because it's not as super-sharp as it once was.

However, as you can see, I still don't like taking it out of the penny sleeve.

It's a great card with a story attached to it. But looking at it objectively, it doesn't stand out on its own, other than that anyone would love to have a card of Big D.

I guess you could consider these cards -- and the eight others I need to cut -- as "Bubbling Under" in Billboard Hot 100 parlance.

I'll be back with the countdown in the next few weeks.

Nick said…
Definitely looking forward to this countdown, even though I'm disappointed that Mr. Wilhelm didn't make it.

I really need to pick up a copy of that Triple Play McDowell. That's exactly the type of goofiness I collect.
September 9, 2012 at 4:01 PM

Commishbob said…
I think you need to RE-think excluding the '63 Drysdale. Georgeous Dogser road uni, DD rubbing up the ball and musing over his scheduled start that afternoon (OK, I'm projecting here) and the Polo Grounds? Winner!
September 9, 2012 at 6:55 PM