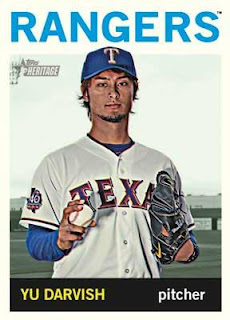 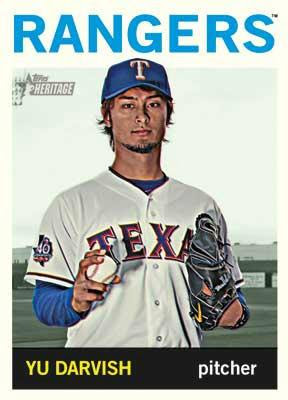 As you know, I love mini cards. I love them so much I don't want anything to hurt them. They are the best cards and need to be treated with the care and adoration they deserve.

In some ways, this is why I place limits on the kinds of minis I collect. I'll take all the Allen & Ginter minis I can get, but I have no interest in the mid-'80s Topps and Fleer minis. I'll babble about 2011 Lineage '75 minis until you wish you never came across this blog, but I'll sell you the entire '92 Topps micro set for a buck. I have standards.

And, of course, there are what I consider "The Original Minis," even though they're not original at all, the 1975 Topps minis.

One of the first parallel mini sets ever, I am trying to collect the whole '75 mini set, and I received four more for the cause just recently (mini placed next to regular-size card for comparison). 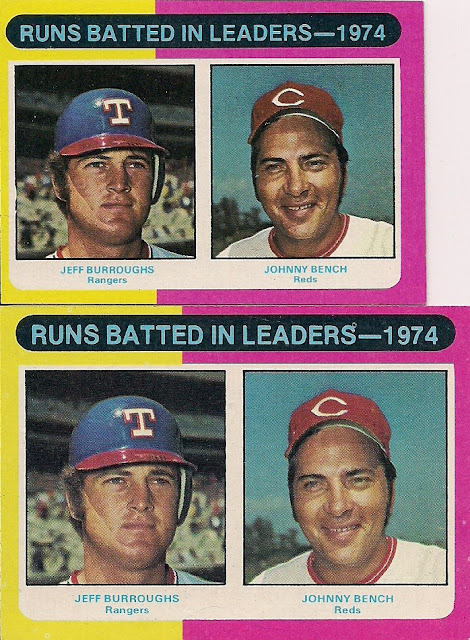 Two MVPs on the same card from Scott Crawford on Cards! 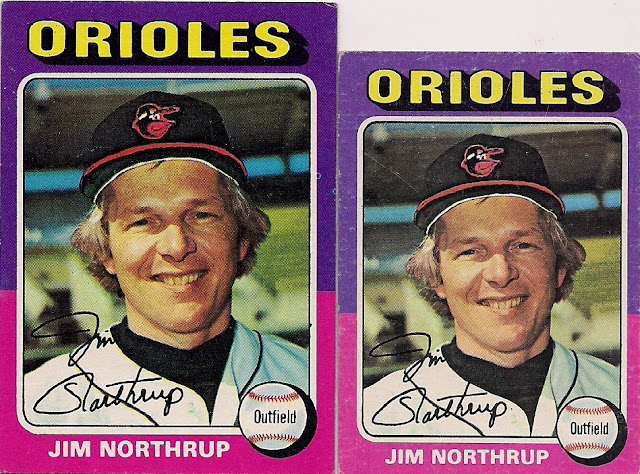 A Tiger disguised as an Oriole from Dime Boxes. 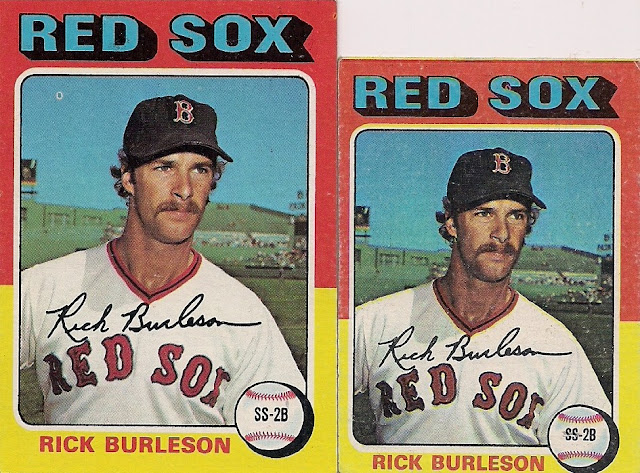 The Rooster from The Greatest 21 Days. 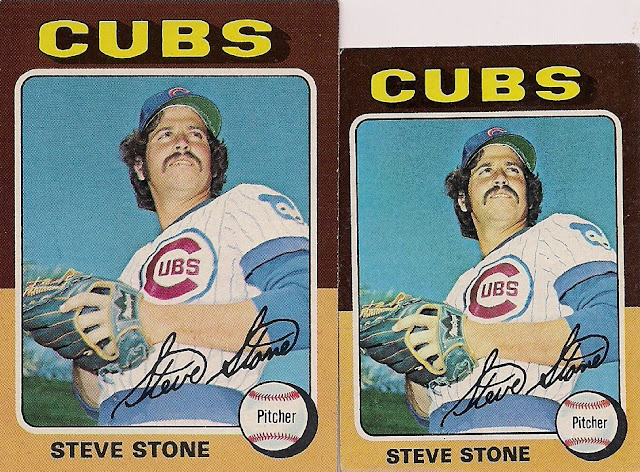 And a guy doomed to sitting with The Hawk almost every game, also from The Greatest 21 Days.

These are from what I consider to be the greatest mini set that has ever existed. As you know, 1975 was the first year I collected cards and to have a mini set that was SO colorful to commemorate my first year in collecting is terribly special to me.

But now I wonder if minis are going to be as special to future collectors (yes, I know not a lot of kids collect anymore, that's not the point).

Since at least 2006 there have been minis to collect every year. That's the year Topps' Allen & Ginter arrived and the set has featured mini parallels ever year since. Along those lines, there have been Goodwin minis and Gypsy Queen minis and Topps T206 minis.

I'm cool with those. A&G minis pay tribute to the original size of the cards back in the 19th century and there's something about that fact that keeps the minis fresh each year.

But then Topps released minis of the 2012 Topps base set, along with 1987-style mini inserts. The cards are cute, but they don't do a whole lot for me. Still, I was glad that there is a mini set to make collecting in 2012 somewhat memorable.

Now comes the news that Topps is going to have mini versions of 2013 Heritage as well as with 2013 Topps (1972 design inserts). I know where Topps is going with this, and I know why it's doing it, and I'm not thrilled about it.

It's obvious that a lot of collectors love minis. They gobble up the A&G and Gypsy Queen versions, and the 2012 base cards must have generated enough interest for Topps to be thinking about doing it again, just one year later.

But this will now be seven straight years of mini cards in some set issued by Topps. And, most bothersome to me, minis are now all over base sets and in major retail issues like Heritage.

Obviously, Topps is trying to keep collectors intrigued, and when some collectors complain about sets being "stale" -- they throw minis at the problem and hope that helps.

First of all, I don't consider Topps Heritage "stale." That's a weird argument for a set that is based on old designs. Heritage practically glories in being "stale." Heritage collectors like the old-style tribute and I have no problems with it being the same thing every year.

But minis? Don't kill my minis.

If we're going to have minis with four different sets every year, minis aren't going to be cool anymore. The reason that minis were popular in 2011 and 2012 is because they hadn't been around in quite awhile, at least not in the non-tobacco card format. People who remembered the mid-1970s or mid-1980s or early 1990s, were pleased because the cards took them back.

Well, minis aren't going to take anyone back if they pop up every year.

Again, this is just an example of Topps taking something popular and beating it into the ground because it responds to what the collectors like by just feeding them more of the same thing.

I love minis for the reason everyone else loves them. They're inherently lovable.

But will anyone love them as much if they pop up every year?

Remember how awesome gold parallels were when they first came out?

Does anyone care about them anymore, now that they've been in virtually ever Topps base set for the last decade-plus?

Robert said…
Minis are the one thing about newer cards that I really don't care for.

I have a hard time handling them, my eyes are bad enough without having to strain to try and read the print on both sides..

Paul Hadsall said…
I was never a fan of minis - I like my cards to be a standard size, and big enough that I can actually read 'em. ;-)

Aside from the weird Ginter mini insert sets that don't come in standard size versions, I really don't have much use for them. The boring gold border cards are already more welcome.

That said, get ready for Topps to spoil mini cards for everyone. They definitely seem to believe that if some is good, more is better... even when everyone else knows it's not.
September 17, 2012 at 11:12 PM

Do you not like puppies and sunshine and presents and money, too?

First person that comments here that they love minis gets some cards.

Nick said…
I love minis! Always have, always will.

(I guess staying up to watch the rain-delayed Cubs game while browsing the blogosphere has its benefits.)
September 18, 2012 at 12:44 AM

Fuji said…
I get the whole "difficult to store" argument... because I'd love to show off my Topps micro sets from the early 90's, but can't figure out what to use.

But that doesn't mean that I don't like minis. Minis... and when I say minis, I mean miniature parallels... are AWESOME!