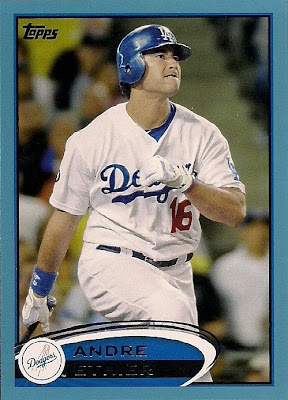 Not a lot to say about this card, other than that when I see Andre Ethier cards now, I think about how people are writing that Ethier should be platooned next year because he's hit lefties so poorly this season.

This seems odd to me given how much money and years the new Dodgers owners invested in Ethier earlier this year. And Ethier struggling against lefties is no surprise. He's had his this issue his whole career.

But if the new regime treats money the way it has so far, then maybe the Dodgers are about to feature the most expensive platoon players, pinch-hitters, loogies and concession workers in the history of the game.

Anyway, this card and these two others ... 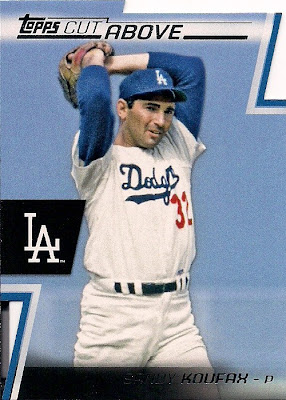 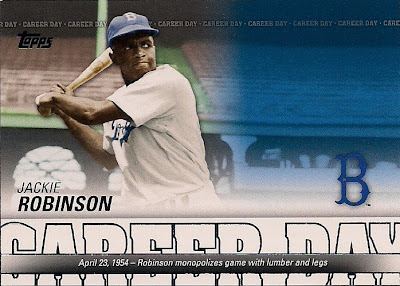 ... came from Brian, who has his own baseball card blog. It's called Cardnomics, and it's a very different approach to cards that I could never do. But it's interesting and I'm glad someone is looking at cards in this way.

Brian is also a regular user of Listia and the first blogger that I have come across on that site. I won a card that it turns out he was giving away. I have a feeling it won't be the last time that happens, as there are more than a dozen bloggers on the site now.

So, give Cardnomics a look. Give Listia a look, too (but don't bid on the cards I want!)

And give Ethier a chance.

I like pulling cards of platoon nobodies as much as anybody. But you've got to leave a few full-time star players around to keep me coming back.

Night Card Binder candidate: Andre Ethier, 2012 Topps Walmart blue parallel, #383
Does it make the binder?: Not the blue parallel, but I'll throw a regular Ethier card in there.