No, all I've got for you are mini pages that fit Allen & Ginter minis, sent to me by Ryan at O No!!! Another Orioles Blog.

Believe me, that's exciting enough for me. In fact, when Ryan announced that he had a bunch of A&G minis from the last few years of Allen & Ginter, the most thrilling part of his announcement was that he would send mini pages along with the cards.

I am forever running out of mini pages, and too cheap to search them out on my own. So I signed up quickly.

I am so grateful for the pages that I am featuring the cards I received inside the pages, just how Ryan sent them to me. 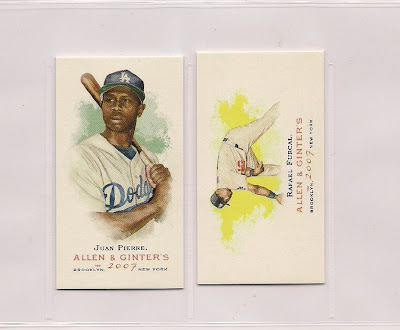 A couple of '07 minis of two guys that caused Dodger fans more frustration than anything else. We fans are never satisfied. 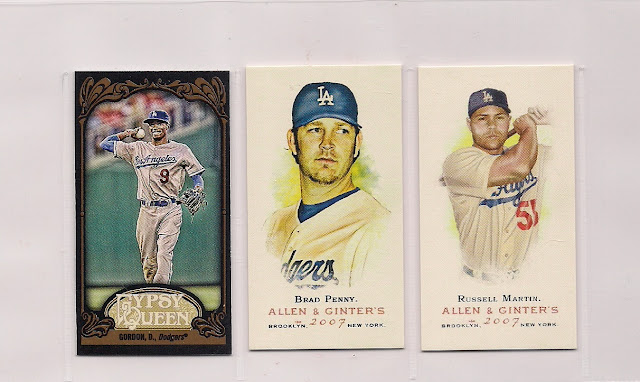 A surprise Dee Gordon Gypsy Queen black Dee Gordon mini joins two former Dodger favorites from '07. Martin's hitting in a pinball stadium right now, and Penny is playing for that other team I can't stand. It's going to be another year of living in fear of a Yankees-Giants World Series. Get the puke bowl ready. 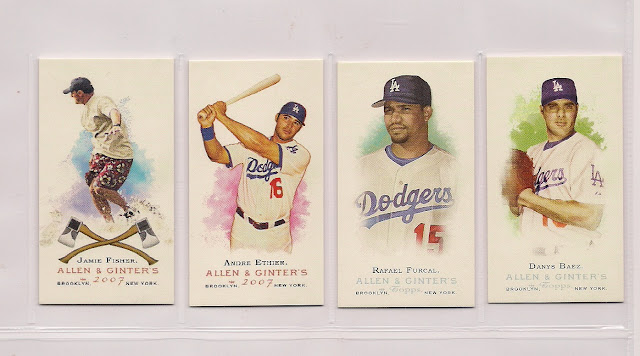 I really like the '06 minis a lot. I have so few of them. And an early Andre Ethier mini is terrific.

You might be wondering about the Jamie Fisher mini. I am, too. It turns out to be my fault. I listed #174 on my want list instead of #173, which is the Andy LaRoche card. So I ended up with Lumberjack Jamie instead.

Oh well, at least it fills a spot in my frankenset binder.

Speaking of which, I also requested this card: 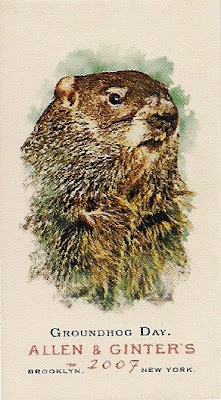 It's a terrific card to have in mini form.

I looked forward to putting it in my frankenset binder. Then I noticed that there was already a card in the #183 spot. 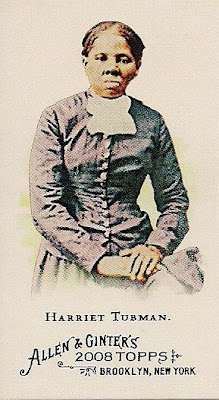 I then promptly removed the Tubman card and put furry piggy in her place.

That's right. I chose a rodent over an American icon.

The good thing about this binder is I don't have to explain it to anyone but me.

dayf said…
I have an "extended series" page in my Frankenset binder for those cards that didn't quite make the cut but still deserve to be there.
September 26, 2012 at 8:26 PM