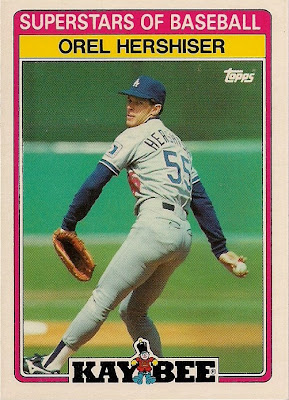 Some time ago I made an effort to keep my trade posts down to a one package/one post format. No more epic trade posts.

For the most part, that has worked pretty well. It takes a lot of thinking and creativity to do that -- especially if I'm not going to put a post title up that says "Cards from 'fill in the blank.'"

Well, here's my opportunity. Because cards have been piling up on my desk so fast that I've got to get them scanned and posted or they're going to start spilling on to the floor and then the dog is going to eat them when I'm not looking and you don't want that. No one wants that.

So here are some cards, from ... well ... from everywhere. Literally.

I'll start in the deep south. Texas. A place where it's all football all the time, especially now. Those poor, poor people.

These are cards from Tom at The Angels, In Order. He managed to keep the card package to just some of my favorite pitchers. Not an easy thing to do if you're planning to send me cards I don't have already. 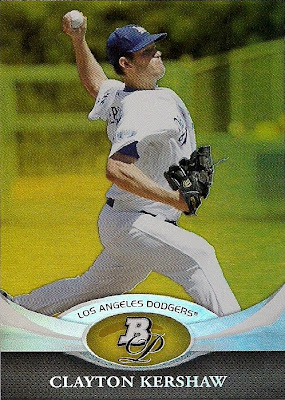 First a gold parallel from last year's Bowman Platinum. It goes next to my red and green Kershaw parallels. I can hang them all up on the tree this Christmas and have A Very, Very Kershaw Christmas ... while he recuperates from hip surgery. Sheesh. 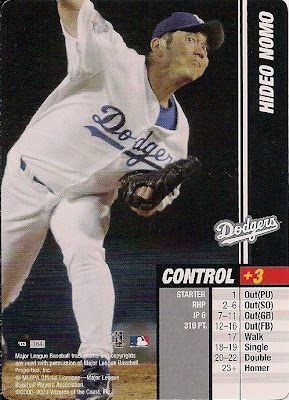 My 374th unique Hideo Nomo card, which also happens to be a night card. 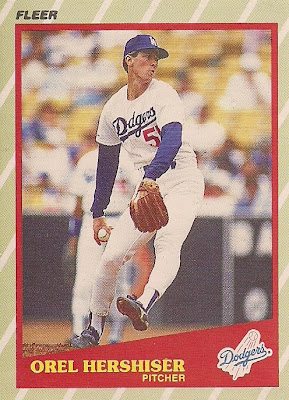 Most impressive of all, a Hershiser card from the overproduction era that I needed -- this from '89 Fleer SuperStars. 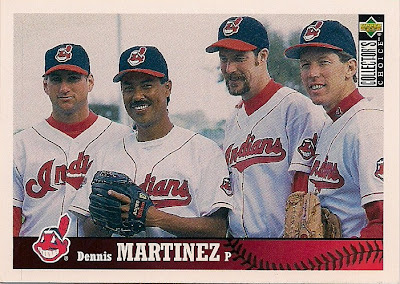 We're calling this a Hershiser card, as well. Three flunkies hooking their wagon to Hershiser's star. El Presidente can claim it's his card all he wants. I know better. And so do Charles and Jack. 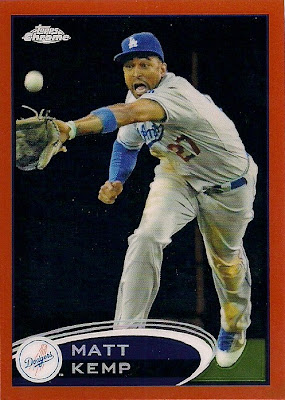 OK, we're still in Texas. But this time it's Brian from Play At The Plate. He managed to find me my first orange chrome parallel of a Dodger, since all I'm pulling are Angels and Indians. And it's a good one. I highly encourage everyone to send me your Kemp cards. It's freeing. Really! Try it. You'll be at peace instantly. 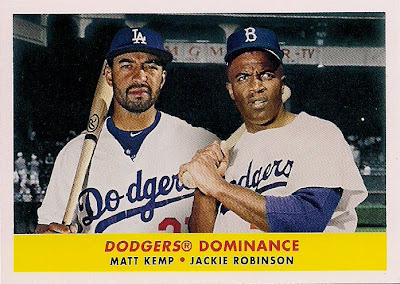 These things are weird. I know I'm supposed to be all giddy because it's an insert of one of those Archives combos that could never be because Robinson died before Kemp was born. But I have this thing about enjoying reality. I'm not a fantasy guy. Real is exciting enough for me.

What this looks like to me is Matt Kemp went into an Olin Mills, stood next to a life-size cutout of Jackie Robinson, asked for the "1950s baseball stadium" backdrop, and CLICK! a very strange card was born.

But please don't hesitate to send me the Kershaw-Koufax version. 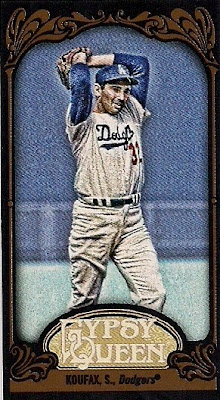 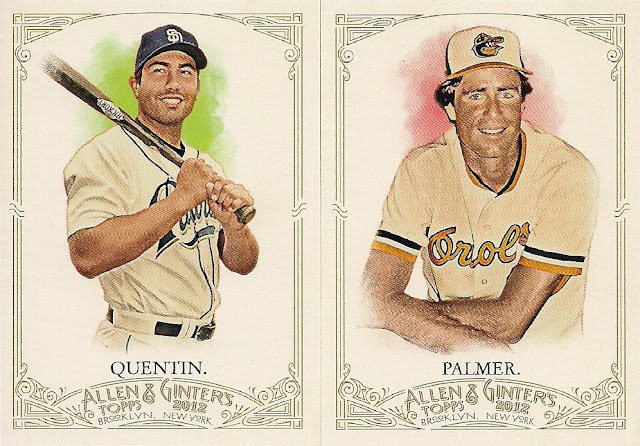 Moving up into the Northeast, which is where these cards from $30-A-Week Habit originated.

Robert decided he's not collecting this year's Allen & Ginter set. And that's all I needed to hear to swoop in and nab five cards I need for completion. Here are two of the base set cards that were on my want list.

And here are the short-prints. This image both illustrates the inferiority of A&G horizontal cards, and the continuing problems I have reconciling sets that include past greats with current players. Frank Robinson is too good to be in a set with Jayson Werth and Alexei Ramirez. 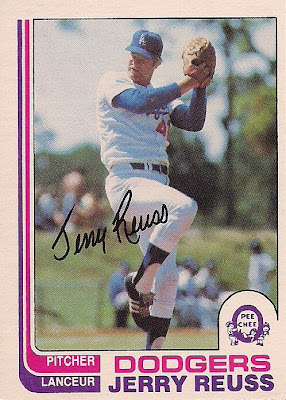 Ha! I bet you thought we were in Canada now.

Nope, this OPC card came from the greater New York City area, from Bo of Baseball Cards Come To Life!

Just a terrific card. Every baseball card should have tiny cartoon drawings of little children on it. 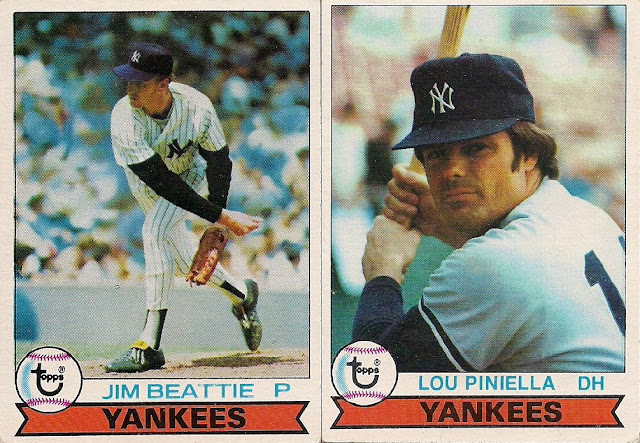 Yes, I requested these Yankee cards. Of my own freewill.

That's because these aren't any old Yankee cards. They're Burger King Yankees cards. Back when I was a kid, Burger King cards were the only sets in which you could see different pictures of players, utilizing that year's same Topps design. This was before yearly issued Traded sets.

Burger King cards were fascinating. These two cards, unfortunately, feature the exact same photos as the regular Topps 1979 cards. But I know that the numbers on the back are different! That's all I need. 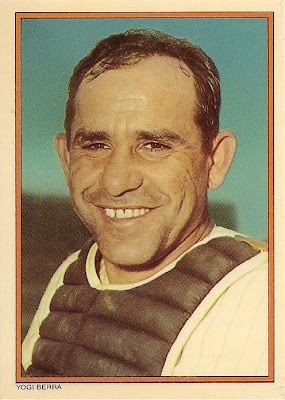 I also requested this card, from the '85 Circle K set. Oddballs are my new thing, and it doesn't get more odd than a capless Yogi. 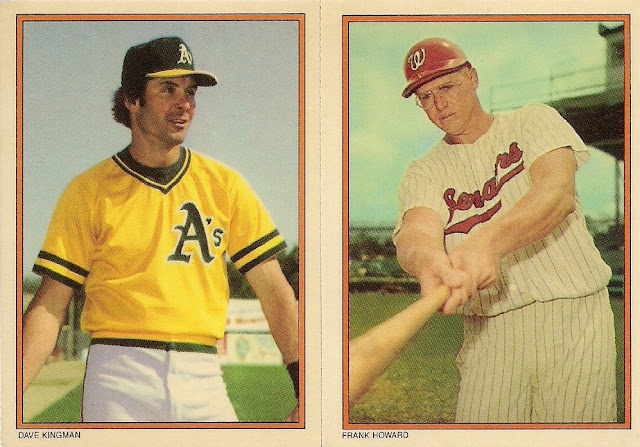 Two more characters. Dave Kingman wearing a uniform for a team that I don't remember him playing for at all. And ex-Dodger Frank Howard thinking about clubbing pitchers and then eating them for dinner. 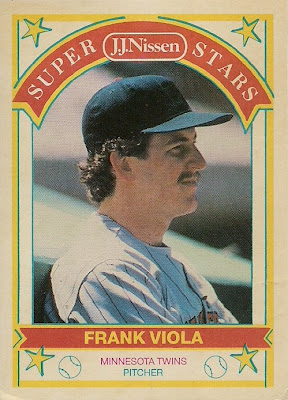 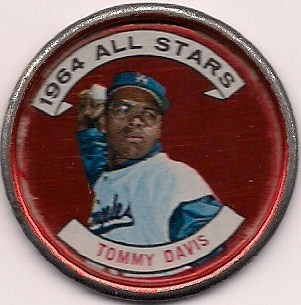 Finally, we've moved all the way to the Ukraine. Which is where Matt F. of  Heartbreaking Cards of Staggering Genius/My Year Without Cardboard resides.

I don't think his package was sent from the Ukraine, it probably was mailed before he left the States. But I do know that this exchange happens to be Matt's 200th trade!!! (I have no idea how many trades I've made, by the way).

I suppose this means I have to send him something back. But he's in the Ukraine.

Let's look at the 1964 Topps coins Tommy Davis item instead. Isn't that fantastic????

Sure beats the knickers off my late '80s coins of Mike Marshall. 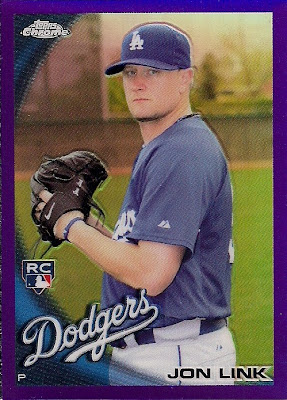 Remember when I declared myself a Jon Link supercollector???

That didn't turn out great. Link was allowed to be a free agent and signed with the Orioles. He spent the entire 2012 season in the minors.

But Matt remembered! He linked me up! Domination is mine again!!!!!! 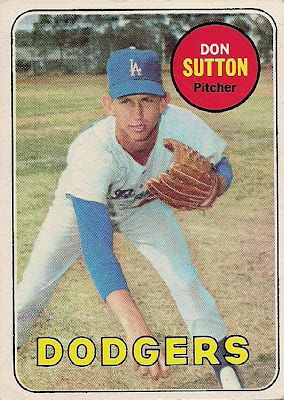 These next three cards I already have. But they're so great that they will be going in the Dodger binders along with the originals.

For example, I have owned the '69 Don Sutton card since I was a teenager. It was a hand-me-down from a friend. It's in well-loved shape. So this card is most welcome. 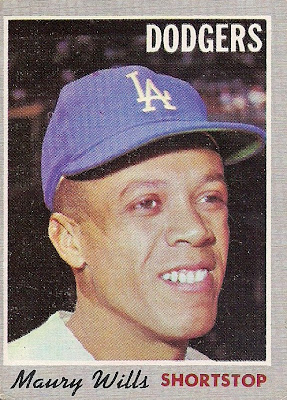 So is this "double." This is Wills' first appearance as a Dodger on a Topps card. His triumphant debut on Topps after over a decade in the majors. It's a classic. 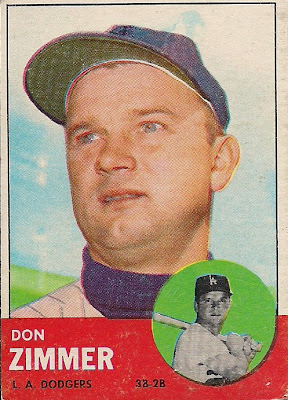 As is this card. Zimmer's return to the Dodgers, after slumming through 1962 with the Reds and the expansion Mets. You can see something pinstripey about Zim in the photo.

Will any of these three cards make the list of the Top 100 Greatest Dodger cards ever?

You'll have to wait until I start posting.

At least I've finally cleared some space for it by getting all these cards out of the way.

When I first saw that Hershiser/Martinez card it didn't look familiar,but I pulled out the '97 binder and there it was.
September 18, 2012 at 9:35 PM

Robert said…
I'm always glad to be part of an epic post, especially in this case because of the limited amount of cards I sent you.
September 18, 2012 at 10:11 PM