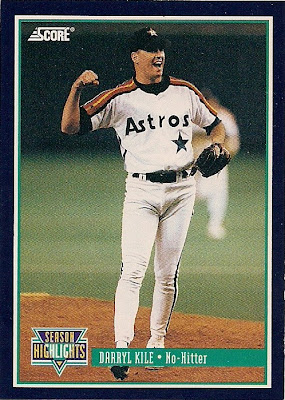 Nineteen years ago today, Darryl Kile tossed a no-hitter against the Mets in the Astrodome.

He walked only one batter, but it was costly. Two batters later, Kile threw a wild pitch. Catcher Scott Servais thought the ball had hit the batter and didn't chase it. First baseman Jeff Bagwell ran in and tried to throw runner Jeff McKnight out at third, but threw wildly and McKnight scored.

Of course, Kile is now known less for the no-hitter and more as a member of that club of sadness, baseball players who died while their careers were still active.

A number of notables are in that group. Thuman Munson, Roberto Clemente, Ray Chapman and Addie Joss.

I am of an age where those who departed this earth in the late 1970s had the greatest impact.

I was too young to be devastated by the death of Clemente or Astros pitcher Don Wilson. But somewhere around the time that Bob Moose was killed in a car accident and Danny Frisella died in a dune buggy crash, I began to become aware of my own mortality. These types of stories started to get my attention.

Then Lyman Bostock was shot and killed. 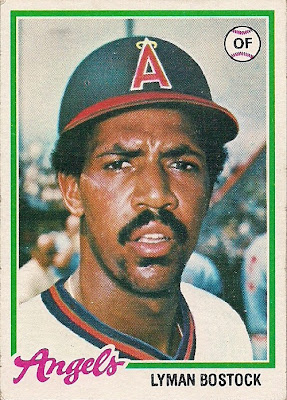 This really threw me. I still remember the where and when. Eighth grade had just begun. I was in my first-period class. The teacher was very up on current events. He delivered the news.

It made such an impact not only because Bostock was a budding, young superstar, someone who had just signed a free agent contract with the Angels a few months prior after breaking out with the Twins in a big way in 1977. It made an impact because of where I was in life at the time.

Of course, I was just a morose teenager at the time, testing out how morbid I could be. I got over it, and adopted the usual "circle of life" attitude about death that most healthy adults acquire.

Darryl Kile's death registered only in a "isn't that too bad" kind of way as I didn't pay very much attention to baseball in 2002. And, unfortunately, in my business, the death of a baseball player is more of an opportunity to report the news than a community-mourning moment.

But every time it happens, I think of Bostock and how his death affected me. Surely someone felt the same way about Kile or Steve Olin or Mike Sharperson.

Kile's no-hitter is now a bittersweet moment on a level much higher than, say, Harvey Haddix throwing a no-hitter for 12 innings and losing the game. Kile enjoyed a bright, flashing, once-in-a-lifetime moment at age 25, only to be cut down by a heart defect in a hotel room at age 33.

That's what I get when I look at this night card.

Heavy stuff, sure. But Kile is immortal in a lot of ways.

Fuji said…
Great post. It's weird how looking back at these kinds of stories are so interesting and depressing at the same time.

I'm embarrassed to say this, but I totally forgot about Kile's no hitter... but I'll never forget hearing the news of his passing.
September 8, 2012 at 6:39 PM

Eric Bracke said…
Love the post on DK. This year was actually the ten year anniversary of his passing. As a Cardinals fan, it was an extremely tough thing, but that team still made it so close to the World Series without him. I had a few posts about him on my blog this summer and rate a ball I got sign by him in 2000 as one of my most treasured keepsakes. Thanks for sharing your favorite card of him.
September 8, 2012 at 11:50 PM