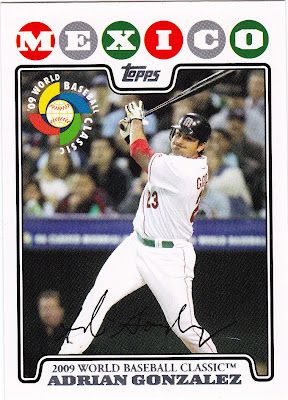 I never thought I'd say it, but I like Adrian Gonzalez.

His move from San Diego to Boston has changed my attitude from "get this f----- out" to "now, THAT'S what a baseball player should be."

I just like the way he goes about the game, his approach, and his attitude. I was too busy hating on the Padres before to realize any of this then, but I suppose it was there, too, when he was a pathetic Padre.

And that made me think, there must be other players that I have gone from disliking to enjoying. Most of those players probably wound up playing on my favorite team. That's the best way to get me to suddenly like a player.

In fact, here are a few:

1. Gary Sheffield. I liked him for only a short time with the Dodgers (somewhere around that 43-home run season) and then he reminded me why I disliked him before he arrival with the Dodgers. But it was fun while it lasted.

2. Jesse Orosco: I don't think I could ever forgive Orosco for his role with the Mets in '86 against the Red Sox, but playing for the '88 World Champ Dodgers did a lot to erase most of the hard feelings. And then he returned in 2001!

3. David Wells: Let's face it. If he's not on your team, he's a fat-ass loser. If he's on your team, it's awesome in a beer softball league kind of way.

4. Willie Randolph: I spent most of my childhood wishing Hal McRae would knock his head off. But then Randolph became a Dodger and really there wasn't much in Randolph's personality that I could find to dislike.

5. Manny Ramirez: This one is obvious. I didn't dislike him as much as many fans when he was with Boston, but I thought he was a wacko. When he joined the Dodgers, I was overjoyed. Suspicious, but overjoyed. And you know how the rest went.

6. John Candelaria: He always seemed to a Dodger nemesis. But I liked having him on the Dodgers, even if he was at the end of his career.

I'm sure there are others who I realized "weren't so bad."

There are also those who I didn't enjoy even when they came to the Dodgers. People like Kevin Brown, Jeff Kent and Luis Gonzalez. I would imagine if my worst nightmare came true and someone like Mark Teixeira or Brian Wilson suddenly became a Dodger, they would fall into this category.

But what about you? Have there been players that you always disliked, but through some unexpected act -- whether they joined your favorite team or just a team that you can tolerate -- became a player that you liked?

And, yes, I know there are some of you that used to like Adrian Gonzalez, but now you don't because he's a Red Sox player. But we don't acknowledge Yankee fans' feelings on this blog.

I hated the fact that Paul Molitor always killed us, but I didn't really dislike Molitor himself. Same for Dave Stewart. Rickey Henderson, maybe.
July 26, 2011 at 11:37 AM

Spiegel83 said…
Here are some players that I used to like then disliked when they switched teams:

1. Barry Zito from Oakland to Frisco

3. Paul LoDuca from LA to Florida to New York


Players I disliked then liked when they became Doyers: