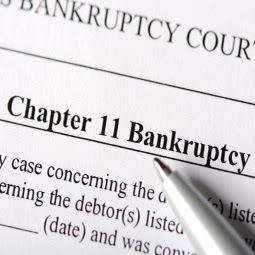 Leave it to Frank McCourt to ruin a half-assed tribute to Spinal Tap.

But if I'm going to 11, as in the Dodger uniform number, I've got to keep it in the family, as ugly as the Dodgers' family situation is right now.

Back in the '30s, the No. 11 was worn by catcher Clyde Sukeforth, who isn't remembered much for his playing career. That's because he was the man who scouted and helped sign Jackie Robinson. He also was the manager in Robinson's first major league game, as he was filling in for a suspended Leo Durocher.

After Nick Tremark, George Watkins and Fred Frankhouse took turns with the number during the rest of the decade, No. 11 found a eight-year home with the most talented Dodger to wear the number. 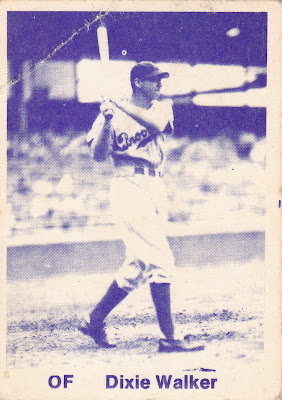 Dixie Walker is one of the greatest outfielders in Dodger history. He became known as Robinson's chief antagonist when Robinson arrived in the majors, but he later mended his ways.

Pitcher Jack Banta and catcher Mickey Livingston (one of FOUR catchers on the '51 Dodgers) were the last of the Brooklyn Dodgers to wear the number. Almost a decade later, it finally re-emerged on the west coast, and in the company of a series of Los Angeles Dodger infielders who are lost to history. 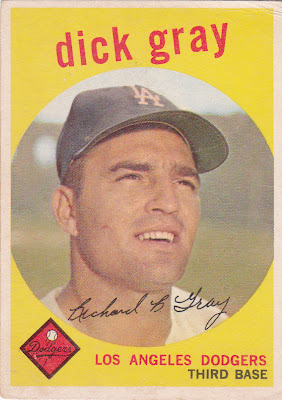 First up is Dick Gray, who was basically the Dodgers' regular third baseman in their first year in L.A. in 1958. Gray managed only 197 at-bats that year, but did hit the first home run in a Los Angeles home game during a victory over the Giants in April 1958. 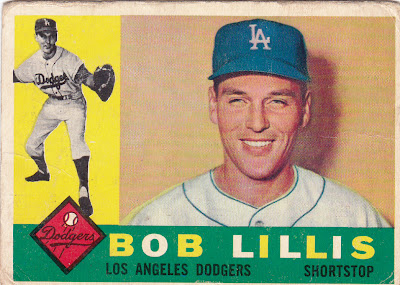 Gray lasted only three years in the majors. After 1959, he was off to the Cardinals, and the Dodgers handed the No. 11 to another infielder, shortstop Bob Lillis.

Lillis toiled almost a decade in the Dodgers farm system. He was your average backup, play-me-anywhere infielder. He managed no more than 70 at-bats for the Dodgers while filling in for Maury Wills, Jim Gilliam and Charlie Neal.

He later became an original Houston Colt .45 and played there for most of the '60s. Lillis later managed the Houston Astros and was a coach for the Giants. Not willing to give No. 11 a shot with someone substantial in the Dodger system, L.A. handed the number to second baseman Larry Burright, called up to help the team in '62.

Burright was another defensive infielder, brought in to shore up the infield in the late innings. He hit a grand .205 in 249 at-bats and was traded to the Mets after the season. 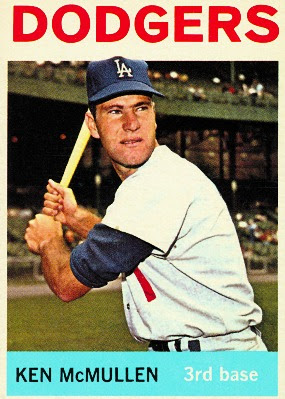 More of the same in 1963 and 64. Ken McMullen, a young infielder most known to card collectors as appearing on the Pete Rose rookie card, wore the No. 11 his first two years with the majors.

As with the previous Dodgers, he wasn't really a regular, and then was shipped to the Washington Senators in the big Frank Howard-Claude Osteen trade. McMullen received regular playing time with the Senators, then later worked his way back to the Dodgers in the early 1970s. Only this time he was wearing the No. 5. 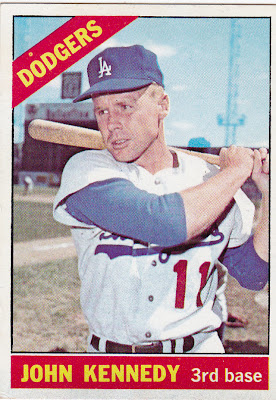 One of the players the Dodgers received in the McMullen trade (perhaps the first time ever that that particular trade was referred to as the "McMullen trade"), was backup infielder John Kennedy.

Kennedy could barely hit .200 during his two seasons with the Dodgers but was used in more than 100 games in 1965 and 1966. He wore the No. 11 while manning third base as a late replacement during Sandy Koufax's perfect game against the Cubs in 1965.

Kennedy would last in the majors until 1974, playing several years with the Red Sox as a utility infielder. 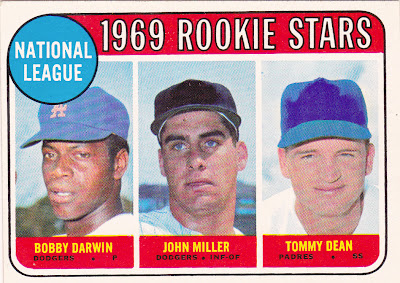 Kennedy was shipped to the Yankees in 1967 and the No. 11 handed to yet another supporting infielder, youngster Tommy Dean.

Dean batted 28 times for the Dodgers as a shortstop in '67. He was later picked up by the Padres in the expansion draft. This card is one of my favorites from the '69 set, because everyone is listed as a Dodger or wearing a Dodger uniform. 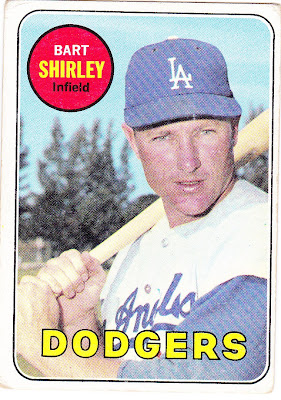 But the only Dodger to receive a solo card in the '69 set who also wore No. 11 was Bart Shirley.

In fact, it was Shirley's only solo Topps card. In 1968, he managed 15 hits in 83 at-bats for a .181 batting average while playing shortstop and second base. It was is final season in the majors. 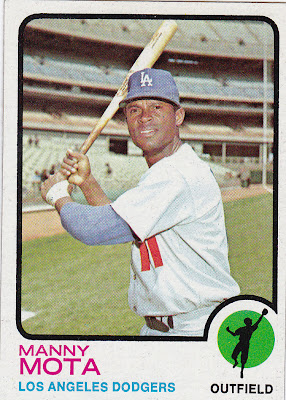 Finally, in 1969, the Dodgers returned the No. 11 to the outfield and gave it to a player they acquired in a trade with the Montreal Expos. Ron Fairly and Paul Popovich went to Montreal. Maury Wills returned to the Dodgers and brought Manny Mota with him.

Mota would begin a long, successful history with the Dodgers that year. Although he would be a starter only in the early '70s with L.A., he built a reputation as a tremendous pinch-hitter and set several pinch-hitting records, including most in a career, which has since been broken.

Through the '70s, and even into the early '80s, Mota wore No. 11 when he played, making the most out of what little playing time he had.

He continues to wear No. 11 as a coach for the Dodgers, a job he has held since 1980. Perhaps the No. 11 should have never left the outfield after Dixie Walker.

The number isn't something Dodger fans associate with good times these days. But among the more hopeful, the number, and the bankruptcy filing, could be the first sign of better things to come.

Some of the players above did a lot with the small opportunities they received. Others didn't do much. And then there is Frank McCourt. He received more opportunity than he probably should have been given. And, in the end, he blew it big time.

(Note: The Dodger uniform numbers posts are now on the sidebar).