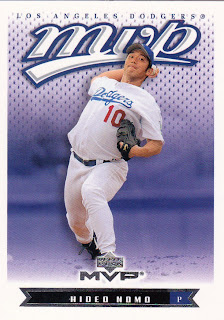 Have you taken a gander at the awesomely fake, but tremendously executed Topps Monopoly set created by Beardy at the MojoBeard?

That piece of work illustrated to me that there really are great card ideas that have yet to be explored. Of course, that particular one is thumbing its nose at the only company allowed to produce cards of current major leaguers. But the IDEA was brilliant. And it makes me think, "how many other ideas are out there -- right in front of everyone's faces -- that have not been used in a card set?" OK, maybe not Topps Monopoly, but what about Topps Jeopardy? Or Topps Wheel of Fortune? "The Wheel" would be a natural for all those letter-patch cards. Imagine a whole set of letter patches and a card of Vanna White, too!

I may actually come back to this topic in the future and deliver some other ideas. I'm sure most won't fly. In real life there would be all kinds of copyright issues. But, at least the ideas would be new, because there's nothing new coming out of card companies now. At least not for your average collector with limited cash.

Take, for example, the cards I received from Jordan at Mint Condition, recently. It's a lot of same-old from the card producers. 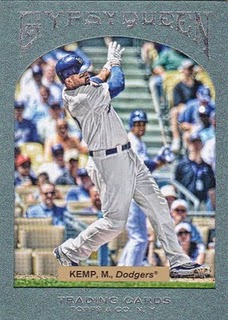 The framed parallel. In my opinion, it has never been done better than in this year's Gypsy Queen. But it ain't new. It was appearing in the mid-90s with Emotion and most famously showed up in Upper Deck Masterpieces in 2007/08. 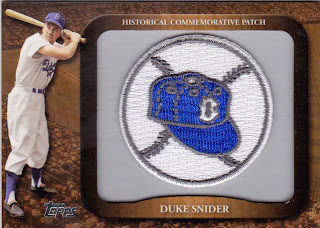 The manupatch. I can't say I ever liked this idea, but at one time it was new. I can't tell you when. I've only recently discovered manupatches from about 8, 9 years ago. I don't know if they were done before that. But I DO know that it's a tired concept now, and it's not making me buy any blasters. 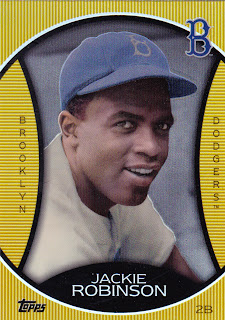 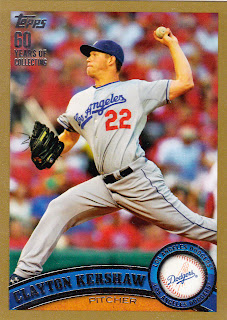 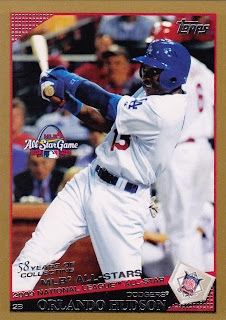 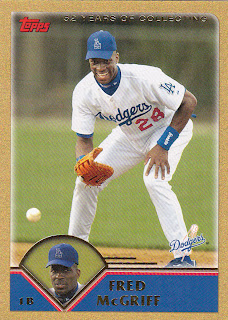 How long has this been going on? Ten years? I'm tempted to say "someone must like them or else Topps wouldn't still be doing it," but I don't know if that's true. Topps doesn't exactly fall all over itself to get customer feedback. Gold parallels don't do it for me anymore and they're starting to fall into the "another parallel I have to chase" category. 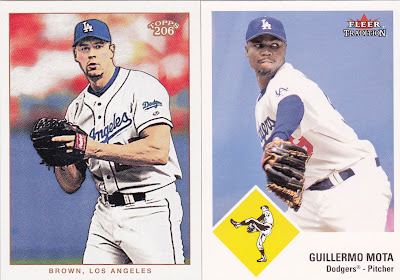 Retro sets. They've been going on for more than a decade. I suppose I should shut my mouth considering what set is about to appear in a matter of days. I'm still a retro set guy, but my tolerance for more than Allen & Ginter and Heritage is kaput. If you're going to put out another retro set, it has to be much, much, MUCH more interesting than Gypsy Queen for me to collect it. 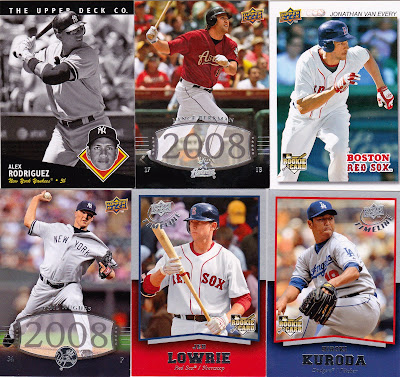 Frankensets. I think this has been done before aside from Timeline, but I'm drawing a blank. The upcoming Topps Lineage seems to be based on this. And the Cards Your Mom Threw Out insert sets of the last couple of years play on this theme. I have to admit I still like this concept. So the only reason this is here is because these are cards that Jordan sent me. 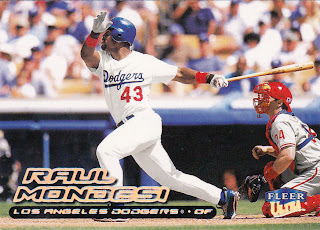 Full-bleed photos. Topps Stadium Club really turned everyone's world upside down in 1991, for better or for worse. I wonder if anyone has counted how many full-bleed sets that have appeared since the early '90s. It's got to be in the hundreds. It sure isn't new anymore. And even when it's done really well so that you're not bored to tears with it (2008 Stadium Club), card companies have to screw with it. 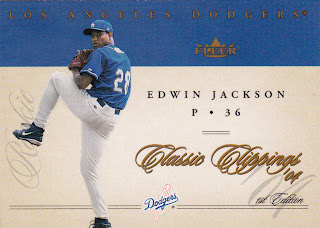 Short-printed cards within a set. Possibly the most irritating innovation of recent years. I don't know which set first foisted this cynical concept on the collector, but it's still going strong in sets that I happen to like a lot. In most cases it has turned me off from collecting those sets, but I must be in the minority, because Topps is still doing it. 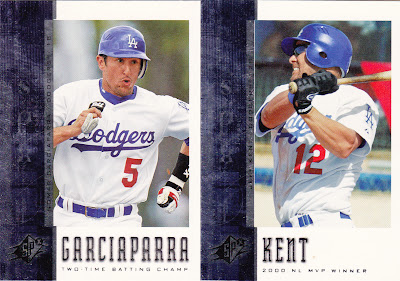 Foil. Covering cards in foil began in the '90s and remains in effect even though I think it's the most dated feature that can appear on a set. Foil screams '90s and should stay in the '90s. 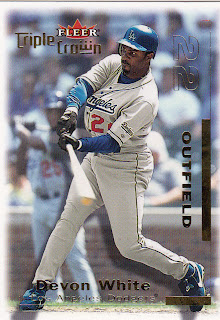 Gold-foil lettering. Who began this? Was it 1994 Topps? Was it earlier? At any rate, card sets have been addicted to foil-lettering since the early '90s and it is definitely not new. 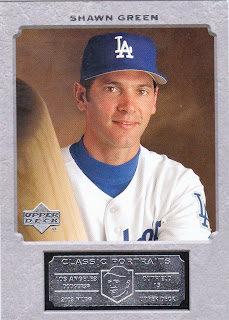 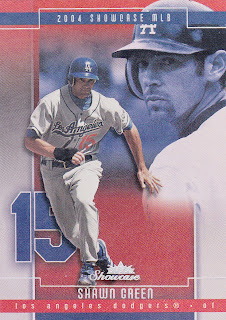 The large head shot with the action photo. I associate this practice with mid-90s Flair. But it sure was repeated a bunch for the next 10 years. And, actually, you can go back to Topps in the 1950s to see this done better (1956 Topps anyone?) 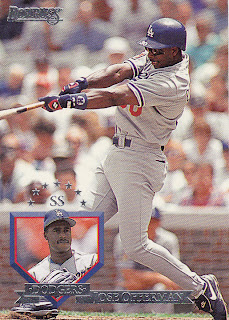 OK, now for the disclaimer:

Even though I've pointed out the "nothing is new" phenomenon in a few posts now, I'm really not one of those collectors who constantly crabs about "Innovation." I'm mostly happy with the cards that are created every year and will buy at least some of them.

However, when I see "cards" like the ones created by Beardy, or when I think about how I collect fewer cards now based on my dissatisfaction with a few of the things that I've commented on (short-prints, overemphasis on retro, repetitive gold foil), I can see that innovation is important. It really does make a difference.

So, you know, Topps, think about it. This isn't coming from a guy who Wants To Change the Hobby. This is a guy who basically likes the stuff you put out. He just wants to see a little bit of "oh, wow," once in awhile.

Nachos Grande said…
As someone who just busted a box of Topps Archives for a group break, I can assure you that it too is a Franken-set.
July 11, 2011 at 8:41 PM

Jason said…
Agree on all points, although I've not heard of a single collector that likes short prints. I've seen several blog posts that blast them, but not a single word of praise. Call me cynical, but I think the only reason they continue to be produced is an attempt to get collectors to buy more product.
July 11, 2011 at 8:56 PM

night owl said…
I actually have come across a blogger or two who have said that short-prints made completing a set "more interesting," as if trying to complete a set of 350-500 cards isn't interesting or difficult enough. I've said this before: I have a full-time job. I don't need another.
July 11, 2011 at 10:42 PM

steelehere said…
I may be wrong but I think short prints within base sets as collectors know them today were re-introduced to the hobby by Upper Deck in 1997 in their base set (Fleer Ultra and Leaf Rookies & Stars followed in 1998).