The masses are asses 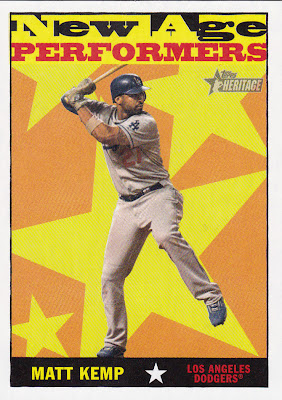 Listen, there's nothing that I can write here that will sway anyone's vote. There is officially no time left for fans to select the starters in the All-Star Game. Maybe there was a collective clarity of conscience in the final few hours and Matt Kemp really will be one of the starters for the National League on July 12. We won't find out until the starters are announced on Sunday.

For the last week or so, I've watched Kemp hover in the No. 4 spot for total outfielder votes. In the most recent announcement of the votes, he was bringing up the rear in a line that began with Ryan Braun, of the Brewers, followed by Lance Berkman of the Cardinals, and Matt Holliday of the Cardinals. 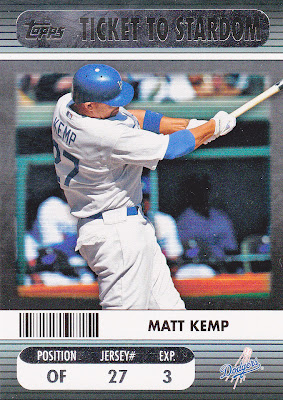 Now, I'm usually not one to gripe about the fans and their ridiculous voting ways. There are plenty of examples far more glaring than this one, going back decades and decades. I won't call for the fans' heads and fume that players should do the voting.

In fact, just the opposite. 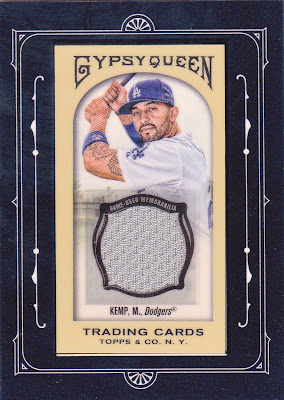 We'll see if either of them are starting. 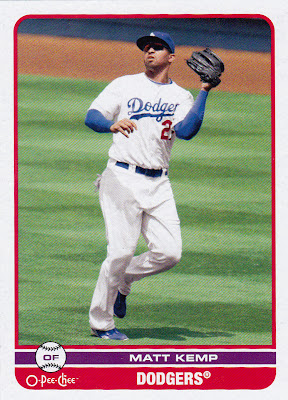 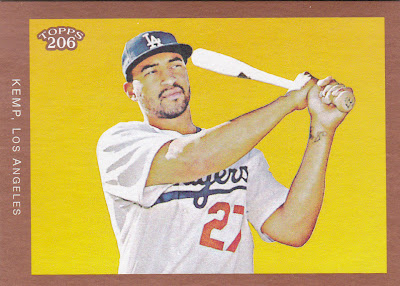 My natural tendency is to pin the blame on the rabid Cardinals fans, but that isn't really fair (although as a kid, this would be enough to make me root against the Cardinals for every game remaining in the season).

The more probable culprit is Dodger fans -- who are more apathetic than they have ever been. (They can blame McCourt as much as they want, but there are still some situations in which you have to perform your duty as a fan). 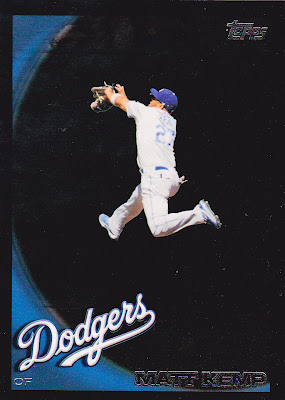 I know, I know. Kemp will appear in the All-Star Game anyway. The starters can't even go two innings anymore for fear they'll get an "owie" and be lost to their team for a month.

I just can't get over the fact that a player like Kemp who is having such a tremendous season would be virtually ignored like he is. 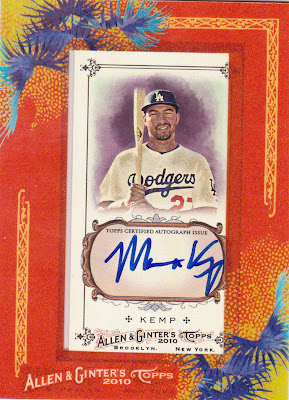 It goes back to the way I have voted since I was a kid. I vote for the players that I believe are the most deserving to be All-Stars. I know that some people say they're voting for their hometown players because that's who they want to see at the game. Well, I want to see the BEST PLAYERS, regardless of team. Why would I want to see Juan Uribe ground into a double play twice and then get replaced by someone better? 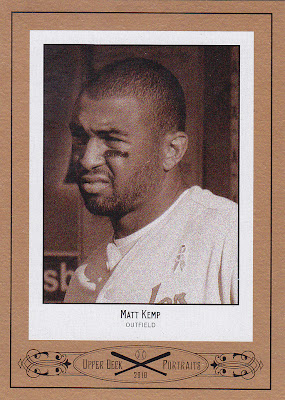 I mean you see the numbers. Kemp leads the other three in just about every notable category. He's also the National League leader in total bases and extra-base hits.

He ALSO leads the National League in "runs created," "adjusted batting runs," "adjusted batting wins," "offensive win percentage," and "power-speed number." Hell, I don't even know what most of those are, but I think they all say that Kemp is a FREAKING STARTER IN THE ALL-STAR GAME! 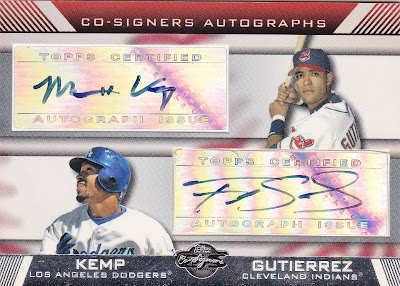 As a tribute to the potential National League MVP (I'm counting on Reyes getting traded to the A.L. before the season's up), I've updated the Dodgers I Collect page with the cards I have of Kemp.

Thanks to a couple of recent trades, I'm one shy of 150 total for The Bison (that's an all-star nickname if I've ever heard one).

You can all go on ignoring the guy -- cheaper prices on his cards for me -- but really, I can't figure out why people don't have a clue. Watch him on TV one time. The guy is a beast who can do absolutely anything on the field. If you can't see it, I can't help you. 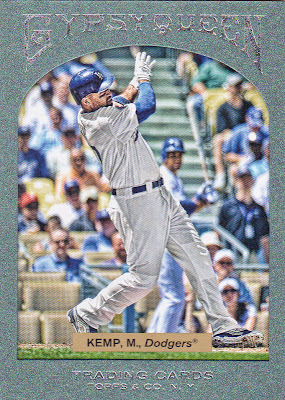 A former co-worker said it best, "the masses are asses."

hiflew said…
I have always thought that the All Star voting should take into account (at least in some part) the 2nd half of last season. Which is why I voted for Tulo (well that and IT"S TULO) at SS.

As far as Matt Kemp goes, as much as I hate to say it, he deserves an All Star start this year ahead of Holliday. And I did vote for him. (Wow did you ever think you'd hear that out of a Rockies' fan)

But my homerism showed in that voted for Todd Helton and Seth Smith (both having great years) also.
July 1, 2011 at 12:27 AM

zman40 said…
Unfortunately, I did not vote this year at all and it ended a streak of ten years. But, I have been working a lot more this year and paying less attention to the game (and autographs and blogging). I always did most of my voting at the K and I haven't even been to a game since the voting began.

But, if I would have voted, I wouldn't have voted for Kemp, simply for the fact that I had no idea what kind of season he was having. So, everyone is probably better off since I did not place a vote.

Play at the Plate said…
Kemp got 75 votes from me and my boys. Of course, Kemp is on my fantasy baseball team (one of them) and I did know he was having a great year. Still, I didn't know he was that high in so many categories. That doesn't exempt me from being an ass. Sometimes.
July 1, 2011 at 12:45 AM

Nachos Grande said…
After Votto having to eeke in via the last man ballot or whatever, all-star voting is dead to me.
July 1, 2011 at 1:15 AM

Spiegel83 said…
I voted for Kemp every game that I went to this year. I even brought some ballots home with me so my mom could vote for Kemp, Ethier, and Gwynn Jr. For real, Gwynn Jr. No one goes to Dodger Stadium much this year so that hurt his chances and people in LA are turned off by this team on and off the field. It is just a bad time for Kemp to be having a MVP caliber year when not as many fans will notice. Thanks,McCourt!
July 1, 2011 at 1:27 AM

Captain Canuck said…
preaching to the choir my friend... Yadier Molina should have to buy a ticket to see an All Star game, let alone start two or three straight years.
July 1, 2011 at 1:46 AM

Ryan G said…
Spiegel hit it - Kemp could have 40 home runs by now, but since he's a Dodger nobody would notice. (Okay, 40 home runs would turn some heads.) Dodger fans don't care partly thanks to McCourt, and other fans don't notice him because the Dodgers are doing so poorly on the field. The All-Star game is about who the fans notice, regardless of numbers on the field. If Kemp isn't getting time on Baseball Tonight and Sportscenter because the Dodgers aren't doing so well, he's going to miss out on votes. The masses aren't necessarily asses, they're just ignorant. I guess that could make them asses...
July 1, 2011 at 1:56 AM

Justin Drummond said…
There may yet be hope for Kemp. This year is the first year of a new All Star Game rule in which the designated hitter will be used in both AL and NL parks. Since the National League has no DH spot on the ballot the DH will be selected by the manager. My guess is that Kemp starts in CF and Berkman gets moved to DH. Reyes also deserves to start, but in this scenario Braun or Holliday don't have to play CF.
July 1, 2011 at 4:12 AM

carlsonjok said…
Given that vein about to pop on your forehead, I better not mention that Russell Martin is looking to be the starting catcher for the AL. Though, to be fair, other than Alex Avila, there isn't any obvious AL backstop that is obviously a better choice.
July 1, 2011 at 7:55 AM

the sewingmachineguy said…
I feel your pain. Try voting against Yankee morons your whole life.
Jeter has won the voting for shortstop again. Pathetic! Yankee fans, you are idiots when it comes to all-star voting.
July 1, 2011 at 8:02 AM

McGee's Willie said…
I'll give you Kemp, Holliday hasn't played enough to warrant a start (this from a Cards fan). The All Star game concept is dead though. It's the same thing every year - undeserving players in, deserving players out, it's hard to care. Though I do have to laugh when someone says that Molina should have to buy a ticket to the game. McCann should be the starter but Molina should be there. I guess defense doesn't matter for a catcher anymore :)
July 1, 2011 at 10:11 AM

Orioles Magic said…
As an Orioles fan, none of the players on the team are particularly deserving of making the team, but I also know what the Baltimore fans won't put much of an effort into voting either, so it's somewhat pointless. Just start half Yankees and half Red Sox for the AL, so the (m)asses will be happy.
July 1, 2011 at 11:30 AM

Spiegel83 said…
To comment even further, that even in LA, more coverage has been given to the McCourt mess than the masterful seasons that Kemp and Kershaw are having. Its tough for them to get coverage when most Dodger fans are so concerned about the future of the team than anything that is happening on the field. I have read and discussed more about Frank McCourt than I have about Matt Kemp. This comes from a guy that watches or attends almost every game. Sadly Frank McCourt is the hot button issue not the team's performence.
July 1, 2011 at 4:16 PM

dayf said…
Well I voted for him. Everybody in the world wants to see him traded to the Braves for Jurrjens for some reason so it's almost like voting for a Brave.

You'll be happy to know that I purposely did not vote for a single Yankee, Red Sox, Phillie or Cardinal this year. I will admit I thought about a couple of them though. And since the Giants were allied with the Red Sox, they got left out too.
July 1, 2011 at 11:18 PM