If I ever tried to complete another junk wax set 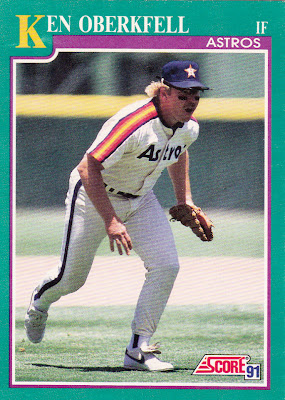 I thought it was interesting that when I listed the sets that I have completed, it instantly drew unsolicited offers for me to complete certain junk wax sets.

Everyone has so many cards from between 1987-93 that they're just dying to dump their extras on fellow collectors. The collector doesn't even have to say that they're interested in collecting those sets. All the junk wax owners have to hear is that the collector is thinking of finishing any old random set totally unrelated to junk wax, and they sense an opportunity.

Well, here I am, giving you another opportunity.

But really I am not.

I will stress several times throughout this post that I don't actually want to complete any junk wax set in the near or distant future. I know that some of you just omitted the word "don't" when you read that last sentence and are already addressing a mammoth box of 1990 Fleer to the night owl residence.

Please put the pen down. And return your '90 Fleer to the basement.

What I am doing here is dealing in the hypothetical. IF I should ever hit my head, and IF I should ever lose any reasonable thought, and IF I finish off every other more desirable set in the history of collecting, THEN, IF you don't have any Dodgers, I will consider taking some cards from certain junk wax sets.

Did you see all the IFs in all of that paragraph? I even bolded them all for ya.

I'm only doing this post because I don't want you to think that I feel too superior to collect cards from this period. After all, I have completed three sets from the overproduction years -- 1988 Topps, 1988 Score and 1989 Topps (I suppose you could throw '93 Upper Deck in there, too, but I definitely don't consider it junk wax).

Yes, there are some sets that I find extremely unappealing ('91 Donruss, '89 Fleer, '90 Fleer). But actually there are some that I kind of like. And you'll be surprised by what you see.

So here they are, the Top 5 junk wax sets that I would collect IF THEY WERE THE LAST CARDS THAT I COULD COLLECT. 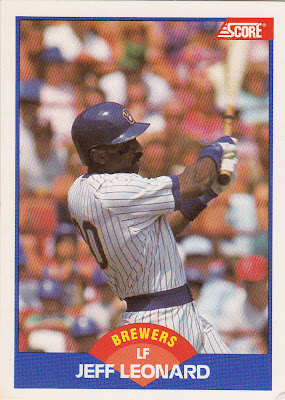 5. 1989 Score: I don't want to ignore 1991 Score, which I featured at the top of the post. That is No. 6 on the list. It would be higher, but I absolutely despise that turquoise color that they used with some of the cards. I can't see myself ever collecting that.

But '89 Score is interesting to me because it's the first set of Score that I saw. I never saw '88 Score when it came out. I was still in college in '88. I was distracted.

When I compare it with '88 Score now, it falls way short. It's actually disappointing. But collecting has as much to do with memory as appreciation for a past set, and I have good memories about '89 and Score. 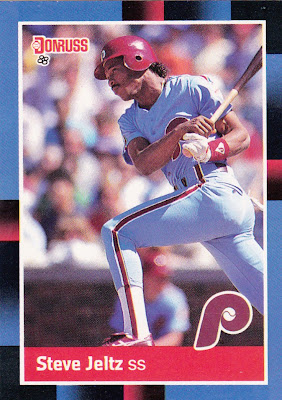 I have called this set every name in the English language, and a few not found in any language. I have referred to '88 Donruss as an abomination and a joke.

But something happened when I acquired a few of the cards in a garage sale find that featured cards from a number of sets: I actually LIKED the way the cards looked together. Previously, I thought the design was repetitious and boring. But now, I like the border. I like that Define the Design has named it the "Tron set." It's cool in a retro robot sort of way.

Oh, lord, there's no hope for me. And now there are people poised to fly a helicopter full of '88 Donruss over my neighborhood. 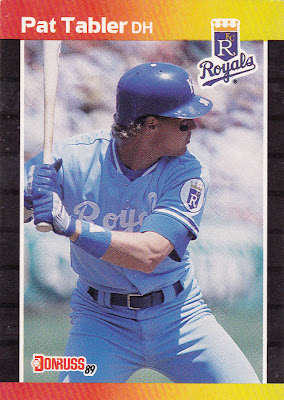 3. 1989 Donruss: I have already professed my forbidden love for '89 Donruss. I find the design much more appealing than almost anything Donruss did in the junk wax era. By far.

If the photos weren't so dark on so many of the cards, this might be the one to collect out of all the junk wax sets that remain. But I'm not collecting it. Just wanted to stress that again. 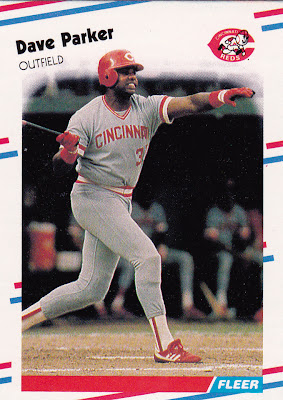 2. 1988 Fleer: One of the few sets that made me sorry I didn't collect very many sets during the junk wax period. I have always liked the way this set looked. It's about as patriotic a set as you'll find (although Define the Design named it "the barbershop pole set").

I could collect this set without any guilt. But I'm not collecting it! Keep your distance! Not. Collecting. It. 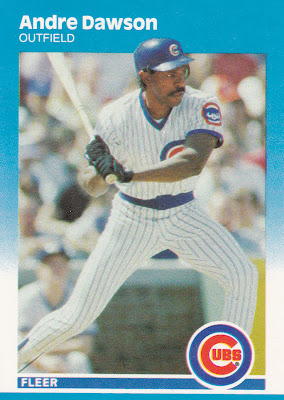 1. 1987 Fleer: For me, '87 Fleer is the tonic for everything that went wrong with card collecting in '87. I don't understand what is so fascinating about '87 Topps. I'm also no fan of '87 Donruss. Both of these sets have big followings.

But I'll take '87 Fleer, thank you. I love the blue freeze-pop look. Many of the players look fantastic in the set because they play for teams who have blue in their team colors. (That didn't work so much with '86 Fleer, but it does for '87).

Out of all the overproduced sets, I like the look of '88 Score and '88 Topps the best. The '87 Fleer set is a distant third. But it's third.

So, that's what I would collect IF there was no '70s, no '60s, no '50s and no current sets to collect. That's what I would collect IF I had finished off the '82 Topps set, and collected every oddball set in sight. IF I owned every Dodger card and collected every '90s insert ever produced. IF I had even had found the last few cards from 2008 Stadium Club cards.

Then, and only then, would I collect these sets.

And no fair omitting the "then and only then" and transposing the "would" and the "I" in the last sentence.

Captain Canuck said…
I think IF you ever saw '91 Score in pages and a binder, that you would overcome your aversion to the turquoise.
The set looks really sharp.
July 2, 2011 at 1:22 AM