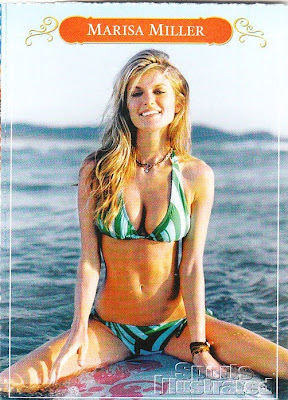 Marisa is going to be my accomplice in an experiment here.

I am rather fascinated with Blogger's addition of the stats feature to its dashboard. I'm all for gaining any knowledge I can on who reads my stuff and why. I know I'm not making any money off this thing, but it's still interesting. While I mostly write this blog for myself, I do like to find topics that interest other people.

After taking a tour through the stats, I have determined that people who come to my blog are interested in three primary things:

In other words, I could write the following:

And if I put a picture of beautiful Marisa with it, it would draw some "readers." 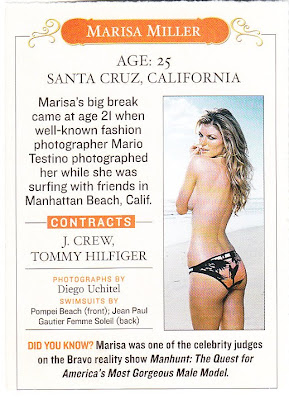 There's the back of the Marisa Miller card. (Anybody else remember these swimsuit cards that SI put out a few years ago?)

That's all my readers care about, according to Blogger.

You don't know how happy that makes a guy who loves the written word.

But it's not surprising. I'm half-convinced that 80 percent of the people who hop on the internet are only there because Paris Hilton did something. The amount of wonderful information available online is mind-blowing, but it seems like nobody cares because ... ooooh, look "Wife Swap" is on!!!!

For example, the most popular blog posts that I have written within the last month include a post I wrote back in May of 2009. It was a Define the Design poll post to name the 1990 Topps set. I think I took 5 minutes to write it. But because there was a famed Lichtenstein painting of a cartoon girl, the post keeps getting hits every week, every day.

A post that I did mourning the deaths of Michael Jackson and Farrah Fawcett, back in June of 2009, also receives hits every day. Although I put my heart into that one, it likely still gets hits because I featured images of the two celebrities, along with a number of other celebrities. (I think the internet would implode if there were no celebrities).

But it's not just girls and famous people. This post gets a lot of hits because there are images of famous, expensive baseball cards.

The two recent posts that I did on the 1955 Jackie Robinson and the 1957 Dodgers Sluggers cards are still going strong in terms of page views, even weeks after I wrote them.

In fact, the most recent Cardboard Appreciation post that I did, featuring the '78 rookie card of Paul Molitor and Alan Trammell, immediately shot to the top of the most viewed posts for the week -- by far. I didn't think it was all that exciting of a post, but it didn't matter, because it featured a picture of a famed card.

Fortunately, some posts do not fall into the above categories. The original dollar-store post from a year-and-a-half ago remains super popular. I'm not sure why. There are no mojo cards in it. Maybe because the title is "dollar-store find" and it draws bargain hunters from across the U.S.?

The "best glasses in the history of baseball cards" draws a bunch of viewers many months after I wrote it. Dudes who wear glasses and play baseball are always popular. Which reminds me, I need to do another one of those posts soon.

And there are a number of other posts that seem to be read only because of what was written there. That is always too cool. And I'm grateful.

As for the rest of you, come here to see pretty pictures or come here to read semi-coherent thoughts. Whatever you like.

But while I've got those non-faithful readers' attention with Ms. Miller up top, how about if I set a personal record for page views with this post? 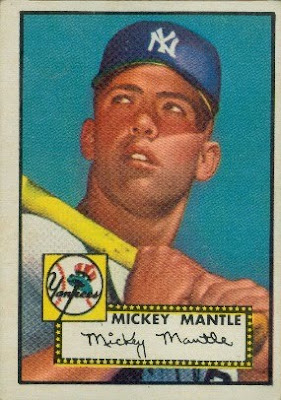 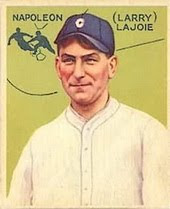 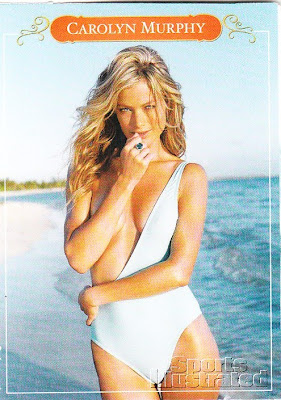 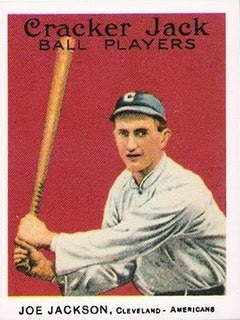 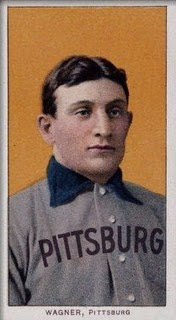 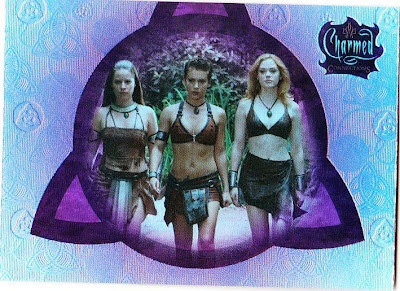 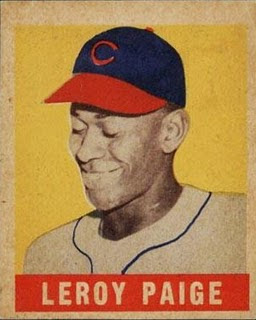 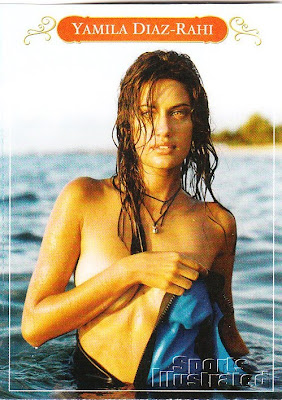 Marisa, our work here is done.

Play at the Plate said…
For starters, I may be coming back daily to see Yamila. Wow.

I don't claim to be very smart...heck I'm plain dumb when it comes to the inner workings of the internet. How does it help to have an image which isn't mentioned by name. For example, the Joe Jackson Crackerjack card. How does that increase hits if you don't mention him?
September 10, 2010 at 12:30 AM

Nachos Grande said…
I also find the blogger statistics interesting. My second most popular entry is a quick rant I wrote when I was sick of the Reds' play and jokingly said I'd become "fanofpirates" instead of fanofreds. Last month, it was my entry on why the Pirates aren't the devil even though they made money by losing. Hmm, maybe I should be writing about the Pirates more often and the Reds less often!
September 10, 2010 at 12:34 AM

TJ said…
I've been discovering the stats feature lately. I think what's more interesting than how many people are reading my posts are where some of these people are from. I don't even know where Macedonia is, but I sure and glad 1 person there is reading my stuff.

Ryan H said…
I just discovered the stats yesterday too. I was surprised by which posts are the most popular ones.
September 10, 2010 at 6:39 AM

Captain Canuck said…
you want blog hits??? rememeber that one I did 2 months ago on tobacco cards featuring actors and actresses from europe? The one titled 'Hungarian Hotties'???

That, my friend, will give you blog hits.

Cardsplitter said…
I second AdamE. I like looking at baseball cards, especially from sets I have never seen. I also enjoy your writing and insight.
September 10, 2010 at 1:33 PM

Contrary Guy said…
You forgot to put up the "NSFW" warning!

It is my understanding that those 4 letters in the title really get the meter spinning.
September 10, 2010 at 2:00 PM

flywheels said…
I just discovered the stats thingie the other night on my other blog (toy reviews) and I was surprised to see a post from July of this year had over 700 hits. I've only got 6 followers (and 1 signed up this week) so I didn't think that particular blog had much traffic. I guess since no one ever comments there I'll never truly know unless I check the stats. BTW, nice post.
September 10, 2010 at 4:55 PM

Hackenbush said…
My post today has Paris Hilton and a baseball player wearing glasses! I continue to get lots of hits on my birthday post of Marlo Thomas. Marlo Thomas! Who knew? Anyway, I read your blog for the great writing. Playboy, too. ;)
September 10, 2010 at 8:12 PM

Community Gum said…
I guess this explains why all my posts about $1 Royals autos and Abe Vigoda are doomed to failure. -Andy
September 11, 2010 at 10:07 AM

They know that even though card collectors are often young men who can't get dates...we're still young men and anything that makes our pulse rise will also convince us to part with our money.

Unknown said…
So does this new "stats" thing mean that google analytics is unnecessary. From what I see, they do the same thing.
September 24, 2010 at 3:24 PM