A reason to get up in the morning 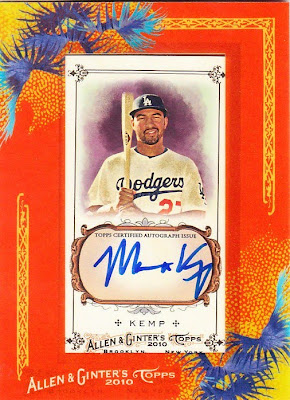 I found myself getting out of bed, getting dressed, and actually eating something before 10 in the morning today.

Usually that is not a good thing. The previously mentioned activities are performed under an impending sense of dread if they are done during the morning hours. That's because the only way I am functioning in the morning is for one of the following reasons:

a) the car has gone on strike
b) we have a lengthy, mind-numbing drive ahead of us
c) an epidemic of some kind has invaded the house
d somebody needs a lawyer
e) I've got 3 feet of water in the basement
f) the weather sucks beyond belief

Otherwise, I'm in dreamy land until at least 11.

But today, all the night owl rules flew the coop. Yesterday I received a pleasant pink notice in the mail, telling me a letter was waiting for my signature at the post office.

It cheerily informed me that the post office is open between 9 a.m. and 1 p.m. on Saturdays.

Obviously, everyone who works at the post office is insane, because why else would they get up before 9 a.m. on a Saturday?

The time frame made me hesitate. My uncertainty over the letter -- although I knew it had to be baseball card related - made me hesitate, too. But I was intrigued enough to brave the morning.

So, with a sense of morning intrigue hovering over my head instead of the usual morning dread, I drove off to the post office. When I returned, I had my redeemed Matt Kemp A&G autographed card that you saw at the beginning of the post.

This was the redemption that I received from Nachos Grande. Topps had told me I would receive it no later than December 18th. Well, I am impressed that I received it exactly four months before the deadline. I don't know who to credit, but that is damn fine work.

This is my second A&G Kemp auto, which gives me the chance to contrast and compare. 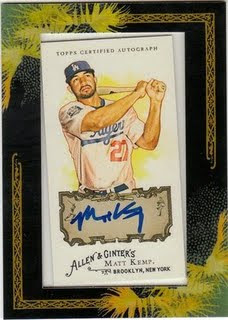 Border: I like the 2010 red/orange borders a lot. But seeing the two side-by-side, the 2010 border overwhelms the card. Advantage: 2008 Kemp

Signature: Kemp is a lot sloppier on his 2010 card. He starts too far over to the right and then runs out of room for his name (Topps doesn't give players with long names a lot of room). Advantage: 2008 Kemp

But I refuse to panic. Talent is talent. Kemp will never be a disciplined hitter, but I believe the Bison will rebound from an atrocious backslide, just like many other fine hitters have. If Topps can get a card to me four months early, then anything can happen.

Dodgerbobble said…
Damn, I am so jealous. That's a beautiful card.