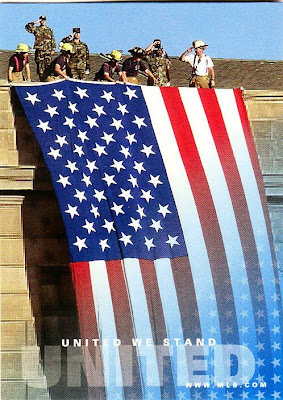 Nine years after those incomprehensible, inhuman acts, it's difficult for me to believe how united we were on that day. Today, we are running in a million different directions. We are fractured and divided and way too angry.

But on that day nothing mattered except that we were Americans. 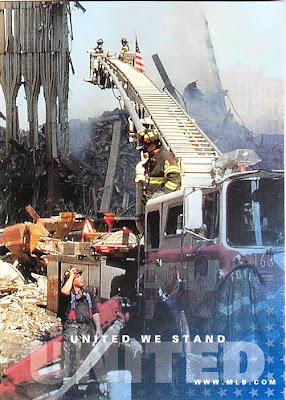 I was at work that morning. Our newspaper published in the afternoon back then, and the sports section was required to be printed before the news section of the paper. So I would get up an ungodly hour -- usually 4 a.m. -- to get to work early enough to meet deadline.

Often, I would produce the section in a stupor, as the night owl is definitely not a morning person. That day was no different. I tracked down photos and stories from the Monday night football game from the previous evening. The big news was that Broncos receiver Ed McCaffrey had suffered a leg fracture while making a terrific catch against the Giants. Meanwhile, I also edited the high school soccer preview scheduled for publication.

There was only one television in the news department then. It was all the way on the other side of the newsroom and behind me. At around 9 a.m., I sensed that someone had turned on the television and that there was something going on in New York. 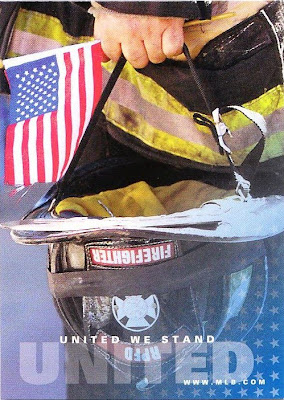 But 9 a.m. was a half-hour before our first-edition deadline. That half-hour requires your undivided attention. Your concentration must be at your highest level of the shift, and you are doing nothing but focusing on the words and photographs in front of you.

As the clock ticked toward 9:30, I could sense a crowd gathering around the television behind me. And I knew a plane had flown into a building. But I really had to get the section out.

The person who was working with me in the sports department that morning was going crazy. He had a love affair with New York -- he went there all the time. I found it interesting because he was from New England and a Red Sox fan. But he was acted liking his world was turning upside down, and I knew I had to get the section finished so I could figure out what exactly was going on.

That's how it was. While everyone else was gathered around a TV trying to make sense of what was happening, I was even more in the dark than everyone else. 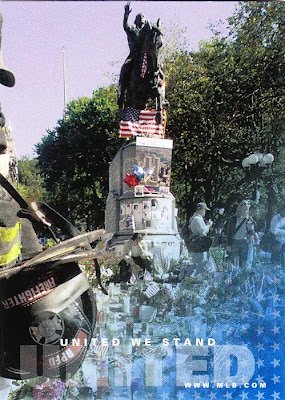 Finally, first edition was out and I realized the horror that eveyone else felt. There was a second edition of the paper to put out. But it's usually much simpler than the first. I let my co-worker leave work so he could contact loved ones and friends in New York (everyone was OK). I made whatever adjustments needed to be made to the sports section, and then I left work, too, two hours early.

The rest of the day was spent like everyone else spent their day, trying to make sense and calling loved ones.

I remember thinking of my daughter and being thankful that she was 3 years old at the time and oblivious to the whole thing. At the same time, I was terrified for her future.

It's not a day I like remembering or recalling. I'd rather forget about the whole thing. But for the thousands of innocent people who died that day and to help lend a little perspective to the insanity that goes on to this day, I feel it's my duty to remember, as it is for millions of other Americans.

By the way, these cards were sent to me by Noah, who has sent cards to me several other times (in an interesting aside, my co-worker that day is also named Noah. But they're not the same person).

I know very little about the cards except that it was a set issued with Upper Deck's Legends of New York set in 2001. On the back of the cards, it says a portion of the proceeds from sales went to support the Disaster Relief Fund.

Every American did their part in 2001. Everyone. They didn't get caught up in rhetoric. They just did what they could to help.

That's what I want to remember, too.

TJ said…
Great post. Kind of weird how everyone remembers exactly what they were doing that morning. I can barely remember what I did THIS morning.
September 12, 2010 at 11:45 PM