The no humor man 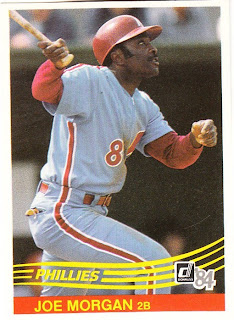 Tomorrow will mark my first legitimate day off in nine days. If you've noticed semi-sporatic posting from me, that's the reason why. The only thing that is enabling me to post at all is the fact that I can't sleep either. It's good that insomnia cleared out that bit of time for me.

While I can (and before blogger eats half my post again), I want to squeeze in some cards sent to me quite awhile ago by Don of Tiger Sportscards and Other Ramblings. I had sent him some Marvel cards and some '94 Score (one of the better Score sets). And he sent me a few cards from my wants.

But while looking through the great '84 Donruss items he sent, I stopped on Joe Morgan's card. And I started thinking about how he's almost universally despised by baseball fans.

Part of that is because he's a national announcer. If you announce baseball for a national network, somebody somewhere is not going to like you. That's just the way it is. I don't know why, but it is.

But for Morgan there's more to it than that. With me, there's his background as a player. He played for teams I did not like. First, he did his evil works with the Big Red Machine, and then he he hit that home run in 1982 on the last day of the season and acted all spiteful about it.

But then you can add all the other reasons that people don't like him. His know-it-all attitude. His unwillingness to consider anything he didn't experience or think of first. His pompousness, his dismissiveness, his defensiveness, his ridiculous baseballisms and his steadfast defense of them. His seeming belief that only players that he competed with or that he knew were the best in the game.

And then there's his whole fire marshal act on the Veterans Committee in which he seems to believe that the Baseball Hall of Fame has reached its maximum occupancy.

But there's something more to it, a bigger reason why Morgan has so many detractors.

I think I know what it is.

Really, I don't think he can.

I don't believe I've ever heard him laugh, at least not in a way that wasn't forced. If he laughs, it's only a reaction to Jon Miller or someone making a joke or light of a situation, and it triggers something in Morgan's brain that says, "OK, this is the proper time to emit a sound of joviality," and a stilted chuckle emerges from Morgan's lips.

It's forced. It's not a real laugh. It's a keep-the-peace-on national-TV laugh. I don't know if he can laugh naturally.

Because I don't think Morgan has a sense of humor.

I don't want to get any deeper into it than that because this is just my perception and I don't know his family background, but I think this is a big part of his problem. If he had a sense of humor, some people -- including me -- would be willing to let some of  the other stuff slide. It's like Reggie Jackson. He played for teams I didn't like. He did things against my team that I didn't like. He said things I didn't like. But he did have a sense of fun, and I did like that. So I let some of the other stuff go -- a little.

If he could learn to laugh naturally, instinctively, instead of listening to the robot voice inside him that says "laugh now," it could cure some problems.

But I don't know how he does that. Are there laughing classes?

Maybe he needs to start collecting baseball cards and read the cartoons on the back. I always get a kick out of that.

Anyway, here are some of the other cards that Don sent: 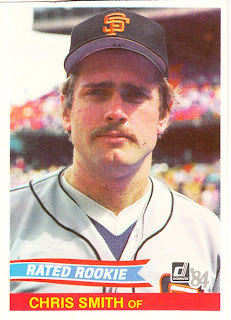 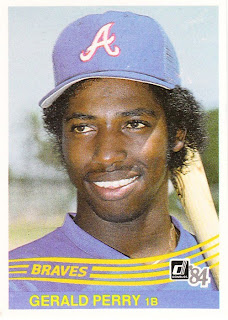 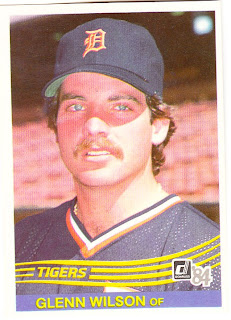 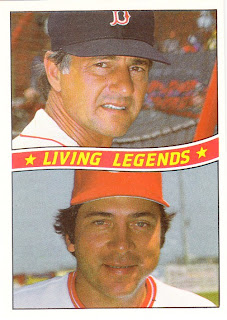 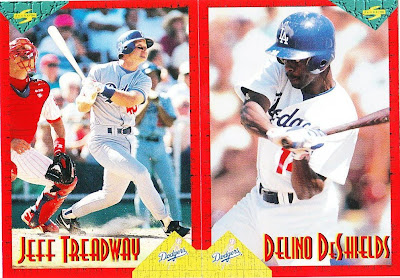 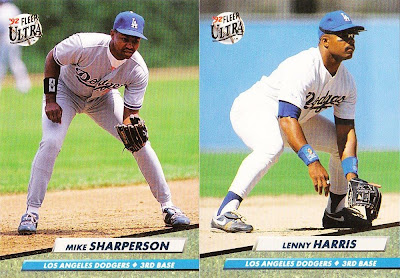 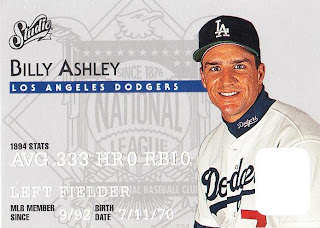 Unfortunately, there are no cartoons on the back of those. But you can look at some of the head shots for a good laugh.

AdamE said…
Even if he laughes once in a while he is still going to suck and I am going to wish someone else (anyone else) is announcing.
September 2, 2010 at 4:05 PM

Anonymous said…
All I know is that he once said that Nolan Ryan's 1987 season (where he went 8-16 but had a 2.76 ERA, a solid WHIP, was his fifth best WAR season and finished 5th (!) in the Cy Young vote was not a good season because 'he didn't win.'

Yes, it's his fault the '87 Astros scored 3.1 runs per nine innings while he was out there, Joe. He had a flashback to the mid-70s Angels offense when he was pitching that year.

Johngy said…
I am not a huge fan of Morgan. I think his bias against Ryne Sandberg is ridiculous. I must say though that I had a good experience with him. On the field, he basically blew me off for an interview, although he agreed to answer a couple questions. Okay, that's his option.
However, in the press box later, he was very conversational and outgoing. Of course, that stuff was off the record, but it was still good to see him actually look like he was having fun and was fun to be around.
September 2, 2010 at 6:46 PM

Play at the Plate said…
I can't stand him and that's not changing, even if he develops a sense of humor. He's a narrow minded idiot when it comes to anyone who isn't already a Hall of Famer. I get the impression he'd be just fine if they closed the HOF to any new players.