I opened cards today actually hoping for a Giant 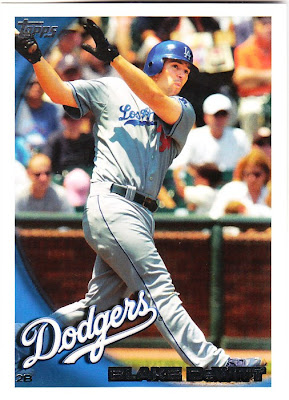 I was supposed to have completed my 2010 Topps base set today. The last three cards that I needed -- plus this Blake DeWitt card for my Dodgers team set -- arrived this afternoon from Sooz of A Cardboard Problem. 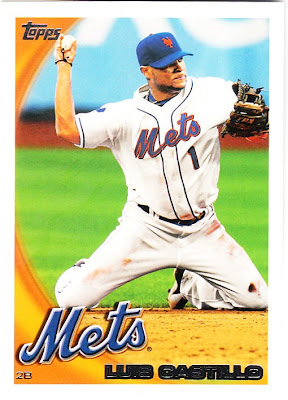 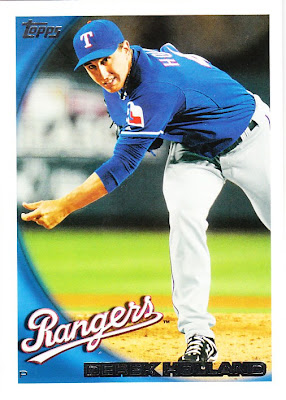 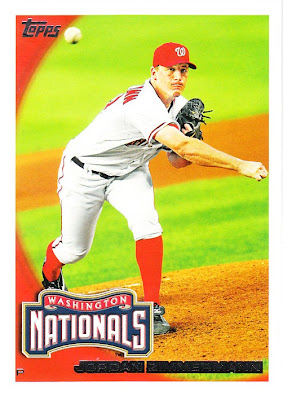 There are the elusive little critters now.

So that was that, right? Time to find a binder and pages to house this baby.

I know myself too well. Upon completion of a set, I now immediately review whether I have actually officially completed the set. There have been too many times -- especially with these large sets and the fact that I have 49 thousand things going on at once -- in which I have skipped a card when typing up a want list.

I still need one more card. It's #442. Dan Runzler. He's a pitcher. Don't ask me to tell you anything more about him because he's a Giant. And because of that, he doesn't deserve my research.

I won't show a scan of the card filched from a website either, because like broadcasters who don't show fans running out on the field because they think it will encourage others to do the same, I don't want to encourage other cards to follow Runzler's wayward path.

He can get his satisfaction instead from this: I bought a cereal box of cards today hoping to ferret out Runzler from his hiding place. Yes, I actually bought cards in search of a Giant and only a Giant.

But like they've been doing to their fans for the last 56 years, the Giants failed me. No Runzler card.

When I get that card, I will be through with 2010 Topps, and that will be a good feeling.

Will I collect 2011 Topps after seeing the design yesterday? 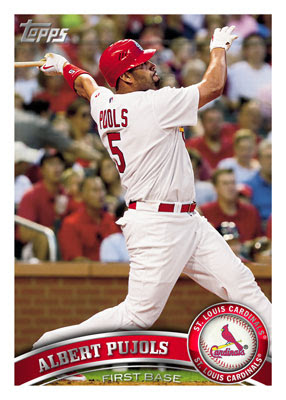 I'll have to see some cards in hand to say for sure, but right now I'm leaning against collecting it. It doesn't have anything to do with the design. It looks pretty good.

It reminds me of this: 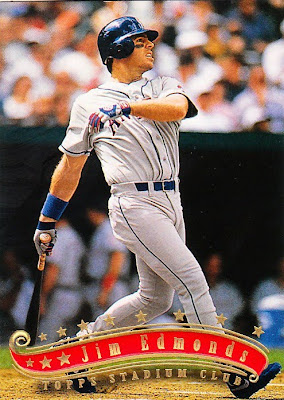 Anything that reminds you of Stadium Club is moving in the right direction.

But I kind of soured on 2010 Topps as the season went along, and I'm just not sure I want to spend the money chasing that set for a third straight year.

I'll probably casually collect the set like I did in '07 and '08. I'll make sure to get all the Dodgers (need to get that Donnie baseball manager card!) And I'll test out the inserts, but that may be it.

Besides, I don't want to be in the position of looking for a Giant as the last card I need again.

Speaking of which, I got a MCG code card, too.

Here is what I redeemed: 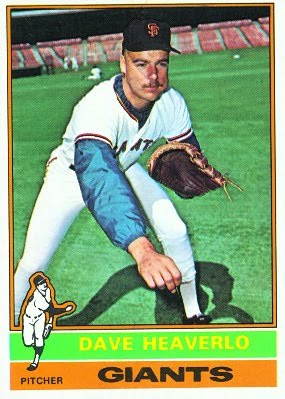 Yeesh. If there's a Yankees-Giants World Series on TV, I might have to find something else to do, like paint the back hall or fix the driveway or talk to my neighbors.

I love me some Dave Heaverlo. He wore #60 before high numbers were cool. He shaved his head before that was cool.

2010 was the year I decided to try wax after buying hand-collated sets. After one hobby box and 2 retail boxes of series 1, I was still 10 cards short. $%^&*& TOPPS! That experience led me to buy a h/c series 2 set.