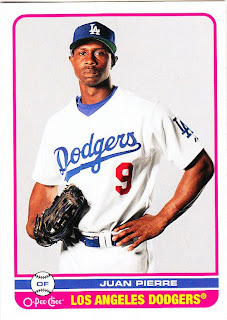 I am sure some of us are happy about that. He made too much money for being a part-time player. And goodness knows the Dodgers need money.

At the plate, Pierre didn't walk very much. In the field, he has the most pathetic arm I've seen on a major leaguer. It really was his time to go. The White Sox will give him a chance to start, and that's what Pierre has been used to all of his career.

But it's trades like these (the Dodgers will get two minor league players to be named), that bring home the cold reality of life in the major leagues to me.

The fact is Pierre did a lot of things well. 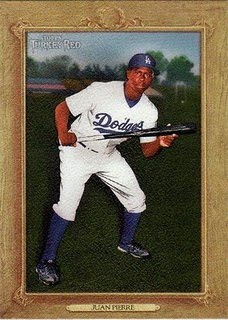 Walks aside, he can get on base. He has registered more than 200 hits a season four times in his career, and came four hits short of a fifth time. He hit over .300 and had a .365 OBP last season. Also, he knows how to bunt. And a lot of major leaguers don't have a clue in that area. 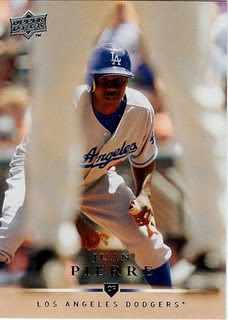 He is a student of the game. He works hard. He trains hard. He tries to get better. He gives his team and his fans everything he's got. 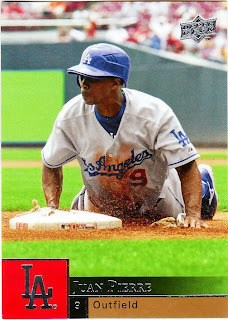 And he can run. He finished fifth in the National League last season in swipes, even though he started not even half of the Dodgers' games.
In short, Pierre did everything anyone who has played the game has been told to do: know the fundamentals, use your talents to the best of your ability, hustle, work hard, try to get better.
Players who do that are heroes in high school, college and the minor leagues.
But in the majors, you need to be something more. Juan received a lot of criticism during his time with the Dodgers. And I know some of it is warranted. When you're trying to win a World Series, obvious weaknesses will kill you. 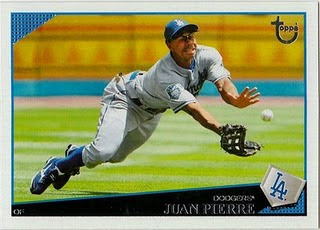 But I just wish people gave the guy more credit for trying so damn hard. 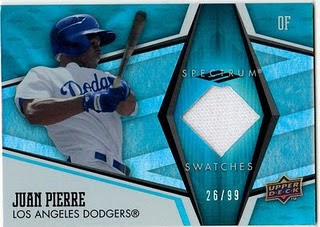 Thanks for giving it your all, John Peter. I'm sorry it didn't work out. Good luck in Chicago.
This major league baseball is a tough racket, isn't it?
(Oh, and you take a mighty fine baseball card photo).

Hackenbush said…
Pierre will become the latest to have played for both the Cubs and Sox.
December 15, 2009 at 11:19 PM

He shoulda been one of those guys like Herb Washington.

jacobmrley said…
"he has the most pathetic arm I've seen on a major leaguer."

The Notorious B.U.D. said…
Besides his abnormally small head I never had anything against him.
December 16, 2009 at 6:42 PM