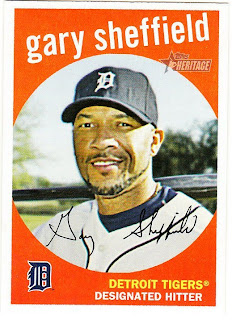 The pursuit of the complete 2008 Topps Heritage set is really starting to feel like an eternal quest.

I never thought a set would be so present in my card-collecting life almost two years after its release. It continues to shape decisions I make about collecting modern-day cards. It prompted my decision not to collect the 2009 Heritage set, and I have a feeling that it will do the same to the 2010 set (the minimalist '61 Topps design is a contributing factor, too).

But, meanwhile, I remain chained to the '08 set, unable to quit on the task. And I see '08 Heritage has made it into discounted power packs at Target. So I'm sure I'll be grabbing some of those.

To illustrate how long I've been working on this set, I am showing a few cards that reader Randall sent me recently. All of them are ones I needed to complete the set. And with most of them, they no longer play for the teams that you see on the card.

Gary Sheffield at the top of this post doesn't play for the Tigers anymore. The much-traveled, much-dissatisfied slugger is with the Mets. I think. 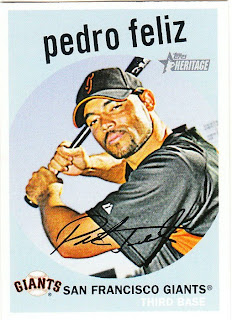 Pedro Feliz is on his SECOND team since this card came out. He signed as a free agent with the Astros after playing for the Phillies last year. 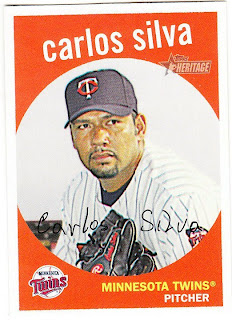 Carlos Silva just joined his second team since this card. The Mariners traded him to the Cubs for another much-dissatisfied player, perpetual emotional-reclamation project Milton Bradley. 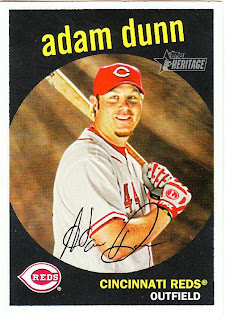 And Adam Dunn isn't a Red anymore. Or a Diamondback. He is a Washington National. Doomed to never see the spotlight again.
So, that's how long I've been collecting this set (and I still need 33 cards). Players haven't just changed teams once. They've changed them twice.
Here are a couple of all-stars who have managed to stay with the same teams: 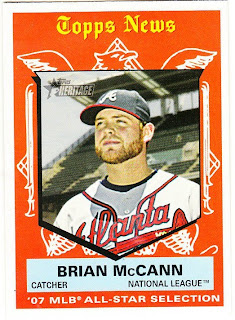 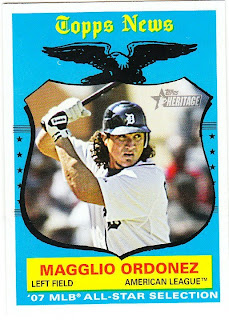 There, that made me feel a little better.

laf said…
I fully agree with you... and I believe that many card bloggers feel the same way as I know of at least 5 that are attempting to collate that particular set.

For me, I have chosen not to collect a set such as that again, and I have debated over the past week whether it is even important for me to do anymore. That being said, send me your want list and I should be able to help you out!
December 20, 2009 at 7:41 PM

Guess what? You've been nominated for the 2009 Card Awards! Check it out!

deal said…
I am getting this set organized myself, and will look into swapping doubles with you.

There are a few other folks collecting this set, and I think we can all band together and complete our sets.
December 21, 2009 at 7:55 AM