My all-time 9, the bizarro edition

December 02, 2009
If you follow your favorite team's "official web site," you've probably come across the link that asks you to vote for the team's "All-Time 9."

The "All-Time 9" is a team consisting of the best single offensive seasons by position. In other words, they're asking you to select the Dodgers' all-time best offensive season by a third baseman, catcher, etc.

The promotion began in September, on 9-9-09, but I have no idea how long it will last. I figured MLB would have wrapped it up by now.

Asking fans to name their team's all-time best seasons is innocent fun, but for some reason, it touched my cynical nerve. You may have noticed that I can be a little contrary at times. I sometimes like to do what no one else is doing, or poke holes in what everyone seems to like. I can't help it. It's the fun-loving side of me.

One thing that will always get me going is public relations type stuff. I deal with it all the time in my job. The ridiculous releases issued by sports organizations or colleges, attempting to hype their interests while glossing over anything that might be negative, is an everyday occurrence. When we receive a release, I know it's going to be filled with glowing praise for whatever the organization is promoting, and we either dissect it to pieces, or toss it in the trash. (Colleges are the worst, by the way. One of the many reasons why I dislike any big-time college sport).

So, when I saw this "All-Time 9" business, I immediately thought, "what about the All-Time 9 WORST offensive seasons? How come we're not promoting those?

Well, guess what? I tracked them down. Because the Dodgers put me in an ornery mood yesterday, all you Dodger fans get to find out what the All-Time 9 worst offensive seasons are in Dodger history.

I did a fair amount of research for this -- well, baseball-reference.com helped in a major fashion -- and it took me a few weeks to do. So, you're really going to see some ugliness here. Get ready to be outraged. Or if you're a Giants fan, get ready to laugh. But not too hard, or I'll track down a list for your team. It will be much uglier than the Dodgers' list. Trust me. 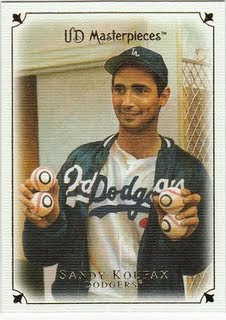 It's the only position that I stopped tracking before I covered all of the Dodgers' seasons. I made it into the 1930s and that was it. But I would be surprised if anyone topped Sandy Koufax's 1957 season. Everyone knows that Koufax could pitch, but he really could not hit at all. In 1957, he came to the plate 27 times, walked once and did not get a hit. He also struck out 18 times. You may think, "big deal, he's the pitcher." But I couldn't find another season that came close to that ineptitude. 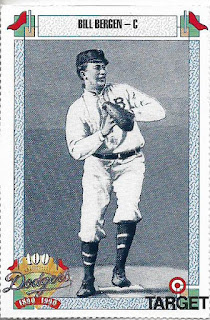 Catcher: If you want to see some poor offensive numbers travel back to the early Aughts of the last century. Pure ugliness. There were multiple candidates for every position from that decade. Also, Johnny Bench has erased the memory for most of us of what a catcher once was -- a godawful hitter. It's nothing to have a catcher who can hit today. But up until the late 1960s, it was a novelty. 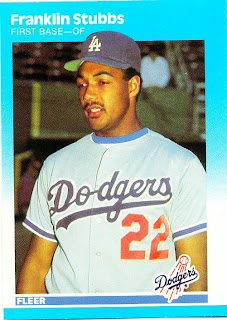 First base: It's natural to expect poor offensive seasons from the early 1900s. It's not called The Deadball Era for nothing. But I was surprised by how many lousy offensive Dodger seasons came in the 1980s and 1990s. From the 1920s through the 1970s, L.A. was solid at the plate (except for a glitch in the late '60s), but after that -- guuuuhh!

Franklin Stubbs had the worst offensive season for a Dodger at first base in a year WHEN THEY WON THE WORLD SERIES. Another illustration of how miraculous it was that L.A. won it all in 1988. Forget the Miracle Mets. The '88 Dodgers pulled off a miracle. In 1988, Stubbs was the starting first baseman and hit .223 in 242 at-bats with a .288 OBP and .376 slugging. (Runner-up: Greg Brock in 1984). 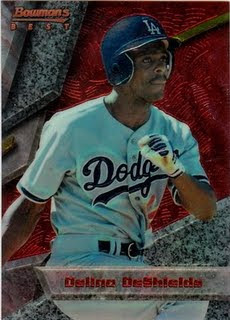 Second base: I rag on Delino DeShields a lot, but experiencing his 1996 season was traumatic. The Dodgers actually put him the starting lineup for 581 at-bats, and he hit .224 with a .288 OBP and .298 slugging. He also struck out 124 times. The runners-up at this position both played during an era when pitchers ruled the game -- Paul Popovich in 1968 and Mickey Doolan in 1918. But DeShields has no excuse. It was the freakin' 90s!

In a totally unrelated development, Pedro Martinez struck out 222 and won 13 games for the Expos in 1996. 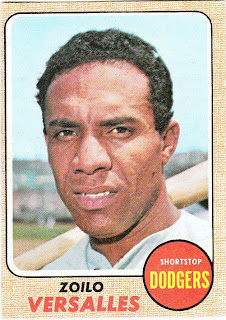 Shortstop: I was barely out of diapers when the Dodgers traded for Zoilo Versalles. But if I was aware, I'm sure I would have been thrilled that L.A. acquired a former American League MVP whose first name began with "Z." And I'm sure the thrill would have evaporated quickly. The Dodgers got hosed on that trade and Versalles' only season with L.A. produced a .196 average, .244 OBP and .266 slugging in 403 at-bats. He was promptly made available in the expansion draft after the season and the Padres grabbed him. 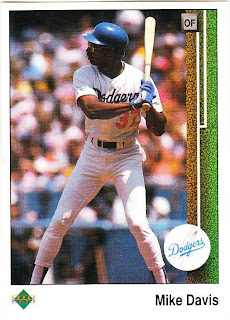 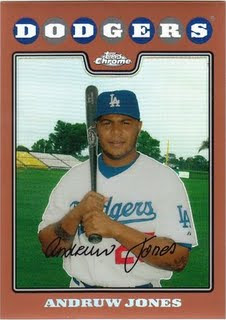 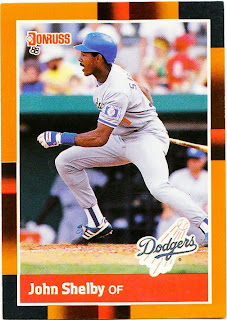 Oh, all right, and here's my All-Time 9 Best Dodger Seasons:

You always have to be so positive, don't you?

NMCLax24 said…
Damn, this all time 9 task would be pretty hard for a Yankee fan, because we love to horde superstars.

I think it would be pretty interesting to do the 9 all time worst offensive seasons by superstars after being paid big bucks by the yankees. I'm convinced that there would be some legendary flops on that list lol.
December 2, 2009 at 11:46 PM

Play at the Plate said…
Wow...I shudder to think what the Rangers have to compete with this. I'm thinking Rangers win.

Andy said…
I did some research too.

Other Dodgers pitchers with 1 or 0 times on base in a season:

Unknown said…
Here's a Yankees all-time worst 9 for you:

Andy said…
He reached on base in this game:

Matt Runyon said…
Wow! Those are some pretty putrid seasons there. I remember that '89 Shelby season well -- I had just traded for him in an APBA league and then he took a dump.