December 29, 2009
(What will I remember about 2009? Well, mostly how work life took a giant leap up the suckitude scale. But this post is about appreciation. So, I'll fall back on the usual positives: health, family, country and baseball cards. Time for Cardboard Appreciation): 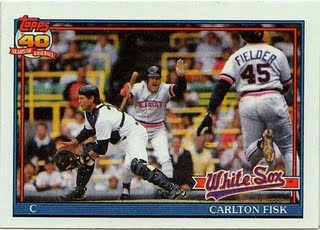 The 1991 Topps Carlton Fisk card is starting to look like the overall champion in the Cardboard Appreciation Vote-off. It hasn't encountered a tough opponent yet.

In the first semifinal, Fisk handled the 1980 Kellogg's J.R. Richard card as if it was mangled '88 Donruss. Here is the vote tally:

So, Fisk enters the finals. And it's time to figure out which card will have the guts to go up against Fisk.

It's an all 1975 semifinal. Here are the three candidates: 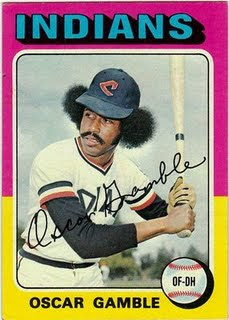 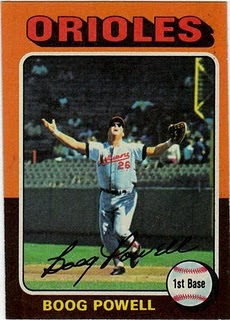 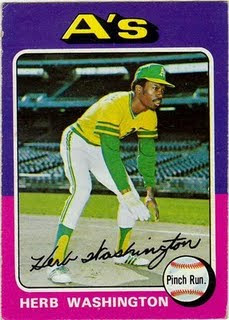 One of the most unusual cards of the 1970s.
It's up to you to decide which one deserves to advance to the finals. The poll is ready to go on the sidebar. It's the last Cardboard Appreciation Vote-Off poll of the year! You HAVE to vote. You just have to.
Oh, and if you haven't voted in the worst card of 2009 poll, give that a try, too. You've got only two days left.