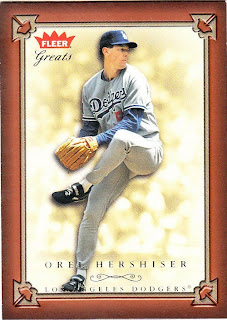 I am in the midst of an all-day affair known as "The Christmas Play." If you have kids of a certain age, then you know what I am talking about, and why something as simple as a children's play can dominate an entire day.

And you will understand when I tell you that this post was pre-written and scheduled to publish at about the time when I am standing in the school gymnasium, telling the obnoxious woman next to me that she can-NOT save eight seats at a time.

So, that is why I am not writing about whatever earth-shattering cardboard events that are going on today. Instead, I will honor your presence with a trade post. These cards came out of the blue from Paul of Paul's Random Stuff.

Let's see what he sent me and why he deserves some Mets in return. 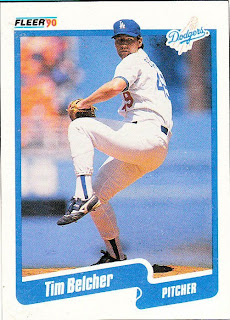 Those of you who have a doctorate in 1990 Fleer will know that this is not the Tim Belcher '90 Fleer card that you have studied for decades. This is a box-bottom card, which makes it way cooler than anything from 1990 Fleer ought to be. 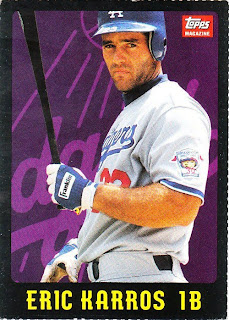 You know how people scan in chrome cards and tell you the scan doesn't do the card justice? Well, the scan of this 1993 Topps Magazine item does the card too much justice. It's really not that good. By the way, I don't remember Topps Magazine at all. I was seriously considering leaving the hobby in '93, maybe that's why. 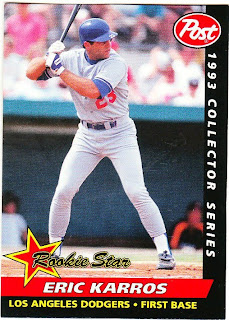 I have received this card from three different bloggers in a very short period of time. Three weeks ago I didn't have this card. Now I have three. This one is in the best shape of the three, so it deserves the binder treatment. 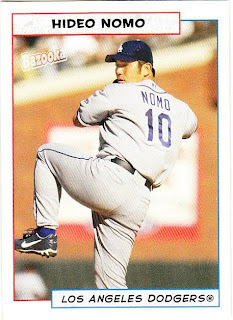 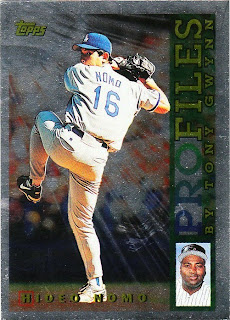 Here are two Hideo Nomo cards for the player collection. The top is a Bazooka mini from Nomo's final season as a Dodger. The second is Tony Gwynn yammering about Nomo. 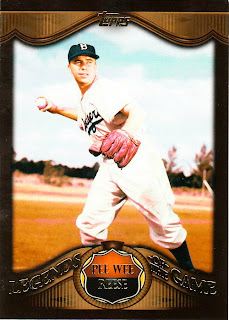 A Legend of the Game Pee Wee. Wee! I think this is the second different LOG Pee Wee card that Paul has sent me. Good stuff. 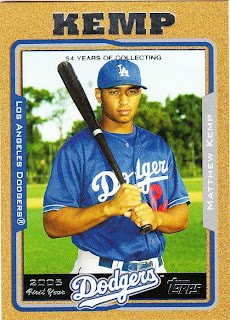 The thicker the borders, the more impressive the gold parallels. At least that's what I find with this very cool Matt Kemp card. 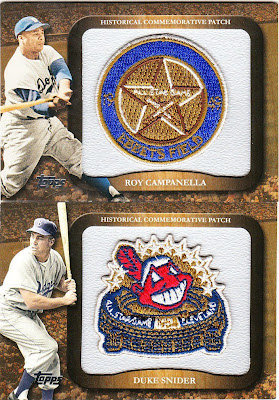 These manupatch "cards" are not my thing. I actually had the Campanella card once before but traded it away. I think I have two of this Snider now. So, if you want one, I've got one. 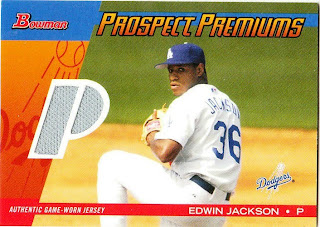 The big finish is a 2004 Bowman jersey card of former Dodgers prospect Edwin Jackson. I had hoped that Jackson would return to L.A. However, he is now a member of the enemy. Oh well.
Another nice set of cards from Paul, who you may know is an Omir Santos fan. I once had an Omir Santos printing plate, back when I had no idea who the guy was. Unfortunately, I traded it away.
I did pull a Santos card yesterday, though. So if Paul doesn't have it, it's bound for New Jersey.
That is all, until I recuperate from the post-Christmas play party. And the parking lot traffic jam.

Play at the Plate said…
A good trade package is always welcome. I hope the Christmas Play was a big success!
December 17, 2009 at 1:04 AM