The (second) best PWE ever 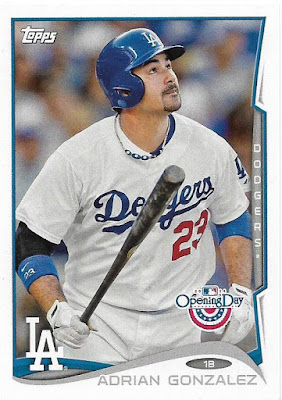 While all this 2016 Topps opening is going on, I've been getting some pretty sweet packages in the mail. They're so nice that some of them feature cards you've never seen before -- so think of that when you're pulling that card of Rougned Odor for the third time.

One of the packages of never-before-seen goodies that arrived recently was actually a tiny little white envelope.

It was from Baseball Card Breakdown. And Gavin was so bold to advertise it ahead of time as "the best PWE ever." He even suggested I should title this post that.

Well, that certainly draws your attention. And the cards were pretty cool.

We're probably in second-best PWE territory. Without doing any further research, of course.

But let's not get hung up on labels. Let's address what was stuffed in that PWE.

For starters, there was a Nebulous 9 card that you see up above. That rather pedestrian 2014 Opening Day Adrian Gonzalez card completes the Dodgers from that set that nobody buys. And now nobody has to ever think about that set again, because I was the last one thinking about it. 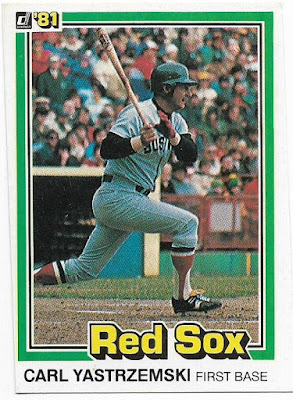 This card might complete the 1981 Donruss set for me. But I'm sending it back to Gavin.

BECAUSE I HATE COMPLETING SETS, THAT'S WHY! AUGH, THE DRAWN-OUT PROCESS, THE ENDLESS DUPLICATES, THE PLAYERS YOU DON'T CARE ABOUT OR HATE, THE ACTUAL NEED TO ACQUIRE AN ATTENTION SPAN. WHO COMPLETES SETS ANYWAY???????????

No, actually, I'm sending it back because another Donruss Yaz is on its way and Gavin lent it to me out of the goodness of his heart even though he really needs it for his collection.

You thought I lost it there again, huh? 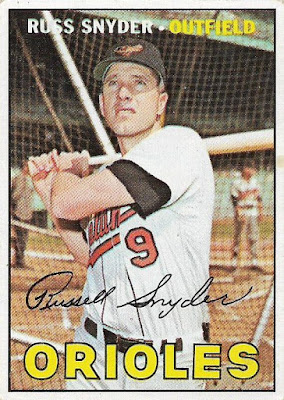 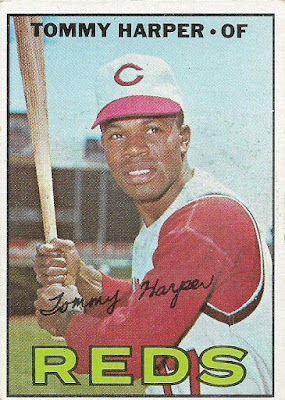 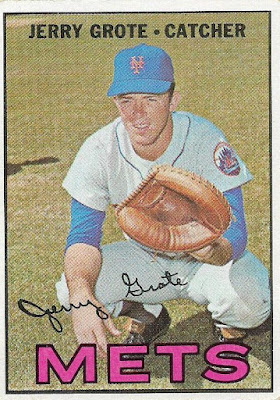 These are three cards I requested. They were shown on Baseball Card Breakdown after one of Gavin's once-every-other-day card shows. He's one of the fortunate bloggers who lives in a magical corner of the country where there is a card show popping up as often as ice-fishing derbies do around here. In other words, I live near insane people and Gavin lives near rational people.

At any rate, these are three 1967 Topps for the future when I've lost my mind and am fully invested into completing the '67 set. Please note that there are no buyback stamps on them. These are actual untarnished '67 Topps that any collector would love to have without a ridiculous stamp ruining things.

Sorry, it's that time of the year when boxbreakers are opening new product and proclaiming buybacks as "hits." 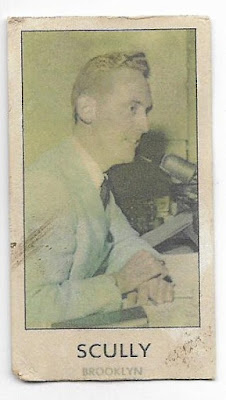 We've arrived upon the cards you've probably never seen before.

This is an "artificially-aged" custom-made mini card of Vin Scully. Gavin made this with a few other artificially-aged cards (Sadly, the Scully card didn't receive a mention in the comments, must I comment on everything?).

Every element if this card says "card" when you hold it in your hands. This is so much better than some never-before-seen new digital "card." 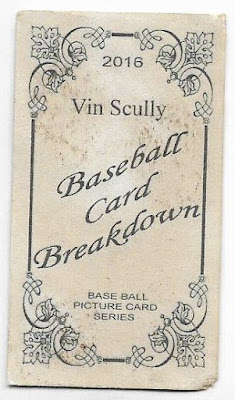 Here is another custom card. My favorite item in the package. 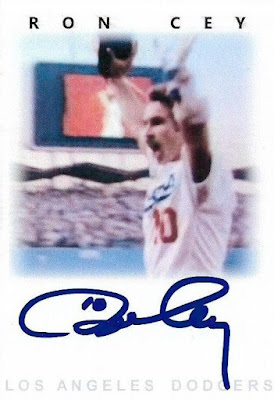 Gavin designed this, then sent it off to Ron Cey to sign and because Ron Cey has always been THE MAN, he signed it in his majestic, greatest-looking-autograph-of-all-time way and returned it. And now I has it. How happy am I?

This design is based on some mid-1990s thing, 1996 Leaf I think? -- all that '90s stuff blurs together. Gavin mentioned that the picture wasn't the best, but I knew instantly what it was from -- it's from Cey's monster Game 3 of the 1981 World Series. Cey hit a three-run home run in the first inning, later scored the winning run after the Yankees rallied, and then executed a diving double play on Bobby Murcer foul bunt attempt.

But don't read it from me, look at the back of the card! 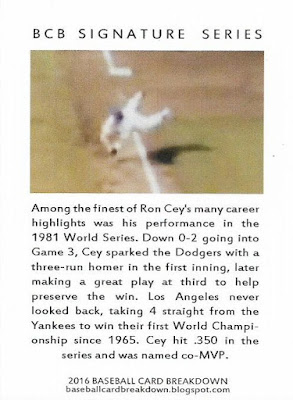 Good for Gavin looking up his history. That is a factually accurate back, something Topps has trouble executing we found out again today.

This is my third or fourth Ron Cey custom card, and Gavin's been responsible for two of them, and the only signed one!

And, so, that was the (second) best PWE ever.

defgav said…
Glad you like, Greg! Today I stumbled upon a couple '15 Stadium Club needs of yours and I'm kicking myself for not putting those in the PWE. Maybe they would have put it over the top! haha
February 3, 2016 at 8:04 PM

steelehere said…
The Yaz Donruss card gives me flashbacks to the 1981 Donruss Error Sheets that had Carl Yastrzemski errors on it that they correct three different times.