Putting buybacks in their place 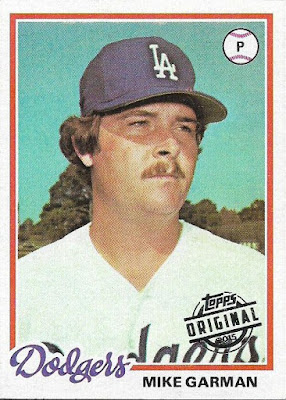 I came across an interesting question yesterday on Robert's $30 a Week Habit blog. He was wondering how to file these buyback cards. For instance, is the card here a 1978 card or a 2015 card, like the stamp says?

I had always considered it a 1978 card. It was made in 1978. It gets recorded and filed with 1978 cards. There was never a thought it could be anything else. But I was easily outnumbered in the comments. They filed their buybacks with the year it was stamped, considering it an insert from that particular year.

I'm trying not to get riled up about this, but --- aaaarrrrrrrghhhhh, you're playing right into Topps hands!!!!

This is not an insert -- and definitely not a hit -- no matter how Topps packages it! It is a regurgitated card ruined by a stamp! It is not a 2015 card, no matter what it says on the stupid stamp or how it was presented! It is a 1978 card, and nothing that a stamp says is going to change that for me!

OK, really, you can file your cards how you want. I'll try to calm down.

But just look at the back of the card, please. 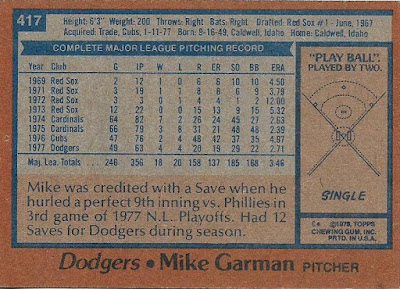 Yeah, I know it's not the same thing, but it is to me.

All my buybacks go with the years in which the card -- you know, the thing that I collect -- was made. And the stupid buyback should be grateful that's what I do with it, because what I really want to do is throw it in the giant dupes box.

It's actually two separate envelopes sent a couple of weeks apart. I don't know how people do stuff like that, but I'm grateful. 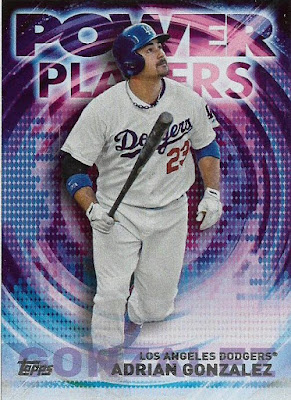 That card is pretty. It may be dismissed as some card designer's nostalgia trip back to inserts from 1999, but we all know that no one has nostalgia for 1999. Or shouldn't. 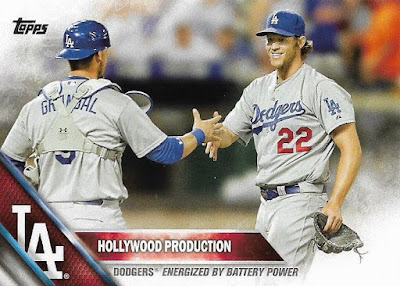 Robert is helping me with my 2016 Topps Dodgers since I refuse to buy them for myself. This one is fare enough, although I don't understand the "energized by battery power" line. Kershaw's face is kinda goofy, too. 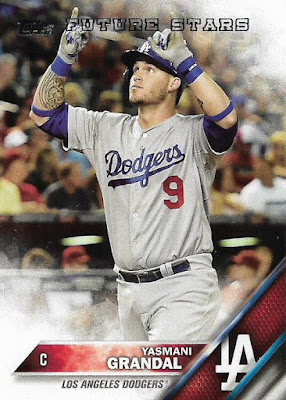 Here is Yasmani Grandal again, who is a "future star" even while entering his fifth year in the majors.

This also is a night card. It's exceedingly difficult to pick out night cards in the 2016 set (yet another strike against this thing). With tight cropping, blurred out background and smoke covering the rest, I have to look for either a glistening helmet or a yellowish tint in the background. 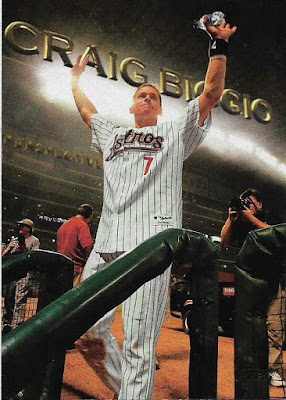 I consider the Perspectives cards an apology from Topps for making my night-card identifying so difficult this year. This is an obvious night card. And awesome. 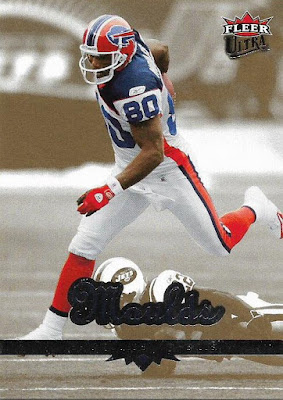 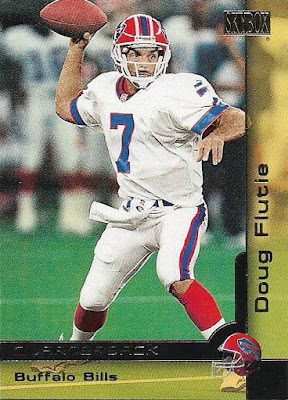 Robert sent three Bills cards (the scanner cropped the other card in half and I don't feel like recropping it). This is my first Doug Flutie card. Until this moment I had more cereal boxes of Doug Flutie than cards. I'm glad Robert fixed that.

Here is a trio of Buffalo Sabres stars. I really get a kick out of the Guevremont card. Every '70s card ruled, no matter what the subject. 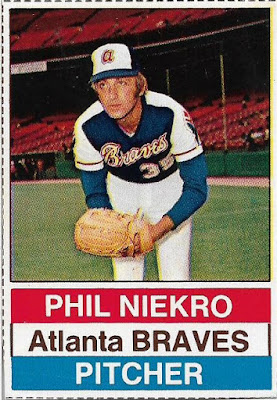 Fantastic. This is the card that will spur me to put up a 1976 Hostess want list. I have enough now for it to be an actual compulsion. Look at that thing. I am in complete shock that the Star-Spangled Banner is not on the reverse. 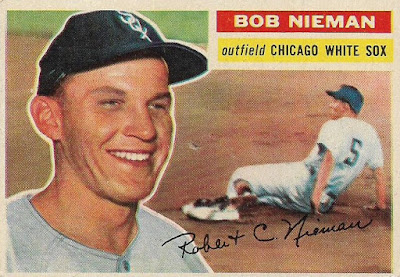 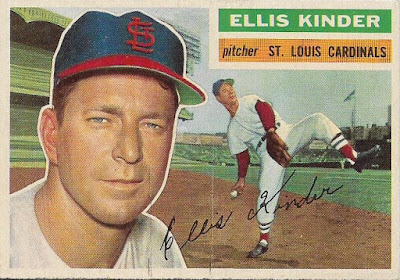 A couple of '56 wants for what will be the longest set-build of my life. I love that Ellis Kinder card. It's also cool to get cards of people who played in the 1940s.

Thanks, Robert for the cards -- and the post idea.

Robert said…
Energized by battery power. Kershaw and Grandal are a pretty strong battery, no?

The one vintage guy I hit at my monthly show has a nice stack of 56's, so that's one or 2 cards each time I go. I can't wait to see the '56 of the month posts start up again.

JediJeff said…
The place for buy backs is in my buy back frankenset.

Cardboard Jones said…
The only thing I see on the back of that card is my hometown (we don't get many pro athletes from this area). Cool cards, tho.
February 25, 2016 at 8:39 PM

Mike Matson said…
I know the feeling.. There are two hockey players from my hometown that have cards made of them.. One third guy made it but didn't stick around long enough for a card lol
February 25, 2016 at 9:39 PM

Mike Matson said…
I understand the idea behind the buybacks.. I don't like the idea of throwing the stamp on them to make them an "insert"
There was talk on how to file these on the TCDB website, if I recall, basically along the same lines as you described..
February 25, 2016 at 9:41 PM

gcrl said…
so, i put my buybacks with the repackaged year, as long as they are stamped or marked. i found a buyback in 2001 topps (or whichever year it was that they first did this), but it had no stamp or anything to differentiate it from the year it was first issued, so it was just another 1992 topps joel skinner card. in 2009, i found a buyback in a pack of upper deck's o-pee-chee release. it had no marking or distinction (although there was a coa with it), so it is with my other 1971 opc cards. these buybacks from 2014 and 2015, however, i keep in those binders. i don't have any from 2016 and am not really motivated to acquire any, unless they feature a certain former dodger first baseman. in 2014 i was kind of ambivalent to them (i do have about a dozen dodgers, including a couple of garveys), but i bit hard in 2015. i'm trying to get at least one dodger from every year, and i'm close. i don't think there were any 1964 or 1965 buybacks, and very few 1963 or 1980 which are the only years from 1957-1980 that i am missing. i lost out on a 1963 johnny podres (twice) and a 1980 manny mota highlight. anyway, i am in the minority as far as cataloging these cards and that's ok. i really stopped by tonight to tell you that i opened a pack of 2016 topps tonight that had 5 dodger cards in it - gonzalez, joc, grandal, kershaw/greinke league leader, and johnny knoxville first pitch. yes, there was also a giant in the pack among the other cards, but still, it was amazing.
February 25, 2016 at 10:47 PM

night owl said…
Good god, that thing is a disaster. No worries on something like that making its way to my collection.
February 25, 2016 at 11:26 PM

I smell an endorsement deal. The Kershaw/Grandal battery, powered by Energizer.
February 25, 2016 at 11:43 PM

RoundtheDiamond87 said…
I completely agree; however; I try to stay away from these. There's something about foil on vintage that bothers me. The first time I ran across one of these was on a 1957 Topps card. Not knowing what the stamp was, I scratched the foil off, thinking that I'd rather have a lower-grade vintage card than whatever that mutated thing was.
February 26, 2016 at 1:09 AM

bamlinden said…
Well.......I think I may be in the minority on this one.

What I love about this hobby though is that there is no real right or wrong. Interpretation in some areas can be subjective...and thank you for that.

Nolan from the 435 said…
What if you're the guy that gets a Mantle?

Anonymous said…
I think of it as a vintage card first, with an asterisk for novelty. I definitely don't consider it an insert. If it was an insert, people would be trying to put together sets of 2015 stamped cards. If it's an insert, at a minimum it would need to be checklist-able, and it's not. People aren't trying to collect as many 2015 buybacks as possible, but turning down 2012 buybacks. Instead, what you're seeing is things like you looking out for 1975 buybacks (which I think is very cool by the way!)

So I think the year of the card's release is more often the driver for if somebody wants the card - not the type of stamp.

I've said this before, I think on your blog, but it doesn't bother me that Topps is tiering the stamps on the buybacks this year. The fact that I don't think of the cards as inserts, is exactly why it doesn't bother me. I view it as better information - just telling us how many they bought back.

I do feel differently when it's an autographed buyback. I don't know if I'd go full on and say a 1982 card bought back, autographed and inserted into a 2015 pack is a 2015 card. But maybe. At least then the card company has put some sort of value onto the card. A stamp is not adding value.
February 26, 2016 at 9:33 AM

My guess is player collectors almost all put them as new cards while set collectors don't.
February 26, 2016 at 9:43 AM

Commishbob said…
"...It's a vandalized '78. Unless it's Andy Warhol slapping the stamping the thing, it's just a marked up imperfect card taking the place of a 2016 base card...."

My thoughts exactly. A stamped buyback isn't any different to me than a card I pull from a dealers box of vintage. They've passed through several sets of hands on the way to my collection and some of them have been marked up in one way or another. These buybacks have passed through several sets of hands, one of which just happened to be Topps' and they marked it up with a stamp.

I have a few '59s that were buybacks. They reside in the back of the set binder with other variations and oddities, like Bob Lemke's customs.

CaptKirk42 said…
I agree it is a vandalized '78 card. I've noticed on tradingcarddb.com and I think also in Zistle on their forums there has been this question of how to designate the buybacks and some people wondering why they haven't made a checklist for them. I usually comment (if I bother commenting) that they should not have their own checklist made as they are already a product from a previous year. If I ever get one of these things I might put it with my '78 cards as low-grade filler card until I find a better conditioned card to replace it.
February 26, 2016 at 1:33 PM

AthleticGigantes said…
I like the use of "vandalized" to describe the card. I don't care what is done to the card, even if it were possible to genetically alter the card, it's still a 1978.
February 26, 2016 at 8:18 PM

Fuji said…
Any package with Hostess and 56 Topps is a solid one. As for buybacks... I enjoy picking them up when I find them and adding them to my vintage binder.
February 28, 2016 at 8:25 PM