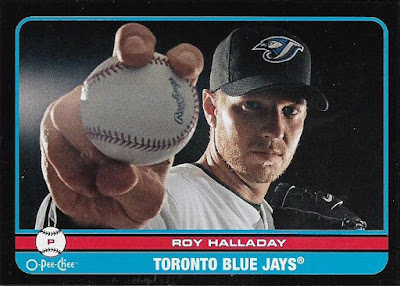 One of the most dangerous things you can do when communicating with a journalist is to tell him or her a piece of key information and then say they can't tell anyone what they've just been told.

My first reaction in this scenario is to think: "Who do you think you're talking to?"

Whoever spilled that piece of information should now be aware that the journalist is going to do everything in their power to make sure they tell everyone what they've just been told.

And that brings me to a package I received from the preeminent Tim Wallach baseball card collector, Corey. In that package, he spilled some really juicy beans regarding his collection. And then said I can't tell anyone. I really would like to tell you. But, nope, I can't.

So we'll just move onto the cards and I'll ignore that voice in the back of my brain with every fiber of my being. 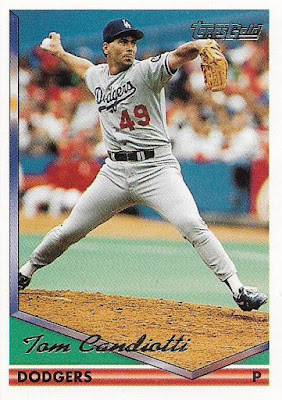 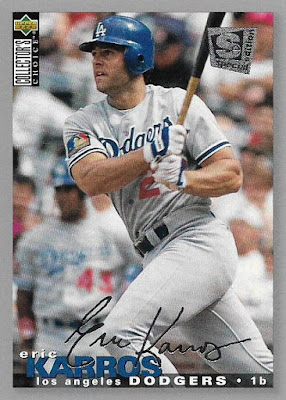 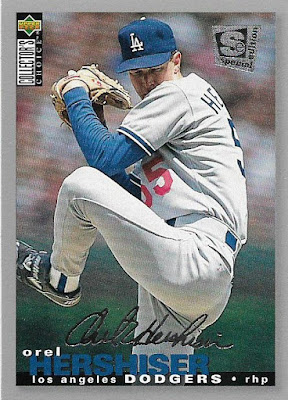 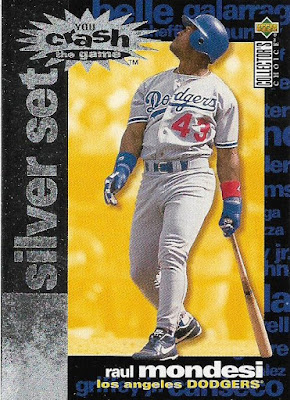 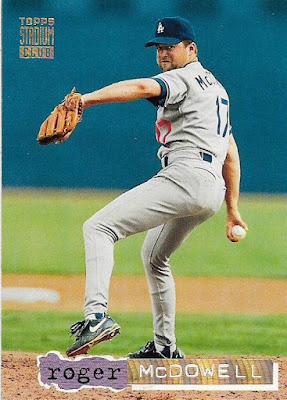 Here is some '90s parallel action. This is back when parallels were formed only with precious metals, gold and silver. Oh, and rainbows. They actually squeezed rainbows into cards in the '90s. 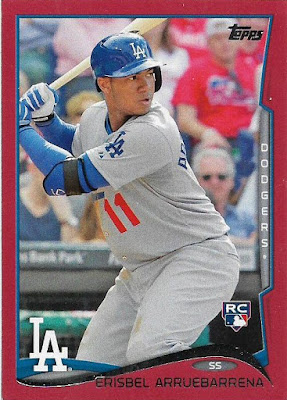 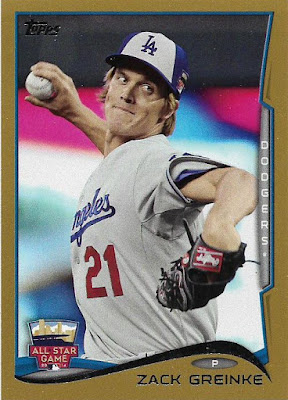 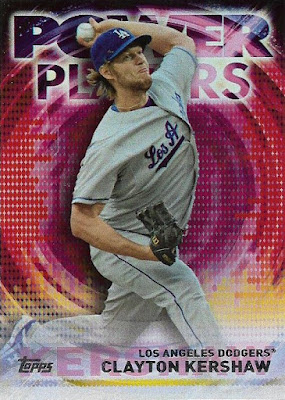 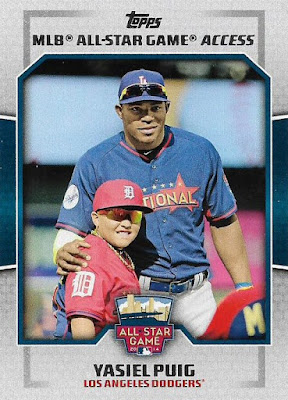 Some 2014 parallel and insert needs. But nobody needs to see the hat on Greinke's head. I'm sorry you saw it. 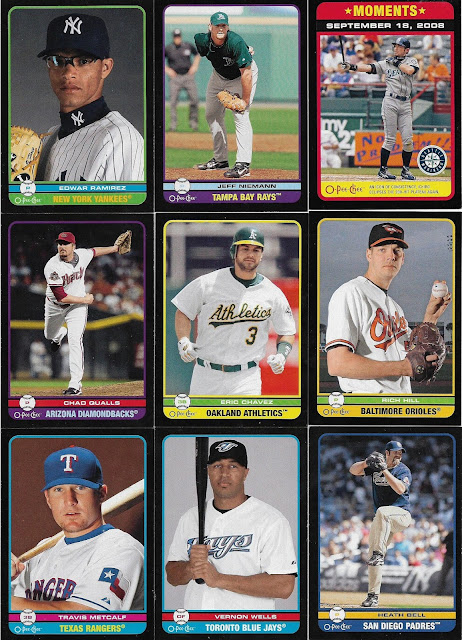 A nice collection of 2009 OPC black borders. I still haven't put up a want list for this, which explains why I got a Roy Halladay black border that I have already. (But the fact that it's in my blog header should have been a tip-off). 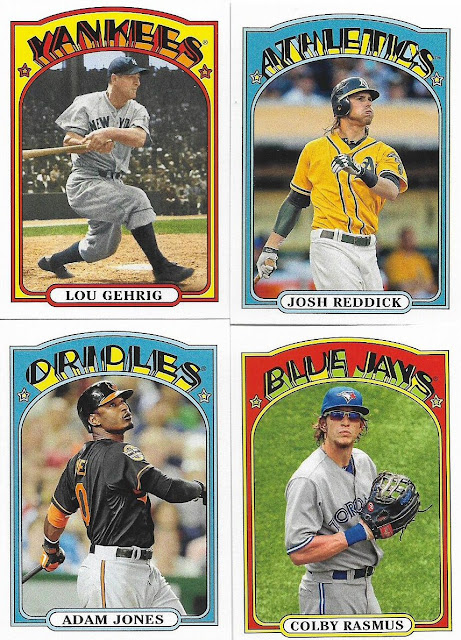 I don't collect these minis. I file them under the heading of Mini Abuse. Also it gave me the horrifying thought that in 2024 when Heritage produces its 1975 tribute, that it just might put out a mini parallel set, too. I've got to find a different hobby by then. I'll never survive. 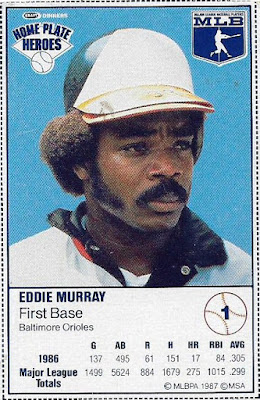 Time to venture into some oddballs. This here is an Eddie Murray Kraft Dinners card expertly cut off the box back in 1987. 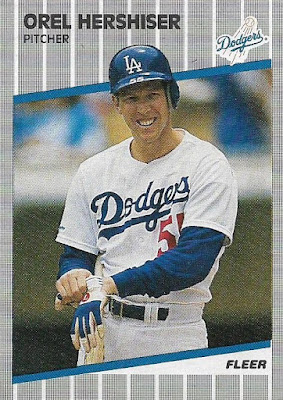 Another "off-the-box" card and it's a key one. I figured Fleer stopped with Kirk Gibson in its 1989 box-bottom checklist. I was dead wrong. 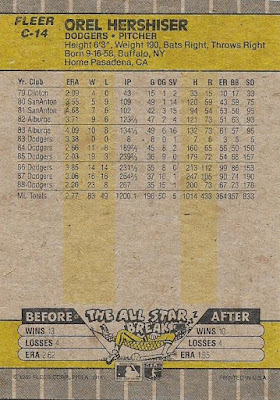 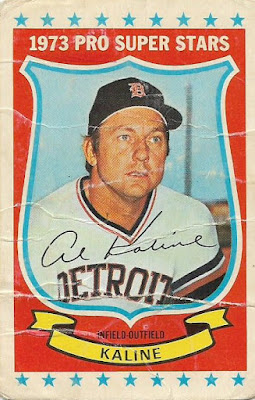 Feast your eyes on the very wrinkled Al Kaline from 1973 Kellogg's. It's not an off-the-box card, but an in-the-box card.

This card looks exactly like it was owned by one of the kids in my neighborhood back in the '70s. But you have to get a look at the back for the full effect. 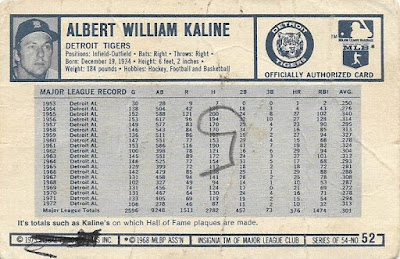 Yep. I knew the kid who owned this card. Coincidentally, his name was Cory, too. 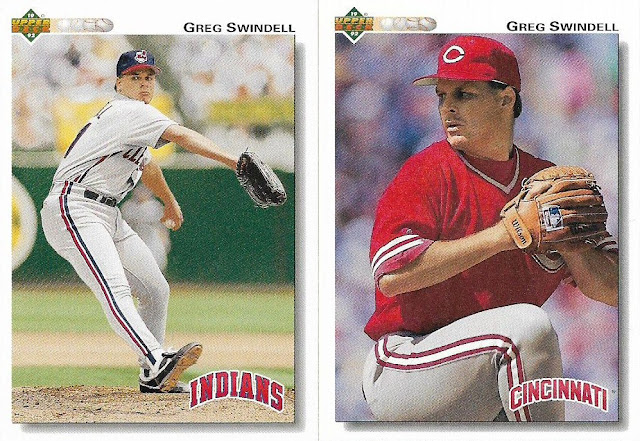 This is Stack being cute. A year-and-a-half ago, I (and some other people) got in a Twitter fight with Greg Swindell. It was all in good fun and everyone has forgotten about it, except one guy who insists on sending me Swindell cards.

Just for that, I think I'm going to tell everyone what I'm not supposed to tell.

But I do have a surprise for the return package.

And I'm not telling what it is.

JediJeff said…
Is Corey's secret that he uses all the Wallachs we send him to stoke his furnace and keep his house warm?
February 9, 2016 at 8:28 PM

AdamE said…
Since you didn't tell us we now have to guess the secret. (Which may be more fun anyway)

So my guess is: Once he gets a certain amount he is going to burn all but one of each card. Then he is going to sell off all the newly created rare cards. At which time he will still not recoup even 10% of his investment not to mention the money all of us spent to ship him those free cards.
February 9, 2016 at 10:55 PM

Mike Matson said…
No. That's fairly common when a player changes teams over the winter or early spring. Series 1 would generally have a picture of the player on his former team from the previous year, while Series 2 will have an updated photo of the player
February 10, 2016 at 12:22 AM

Fuji said…
I run into the same problem when one of my students tell me something and expect me to keep it a secret. I usually beat them to the punch... and remind them that I'm a mandated reporter. Usually... they laugh and proceed to tell me that they have a crush on someone in my class.
February 10, 2016 at 9:48 PM