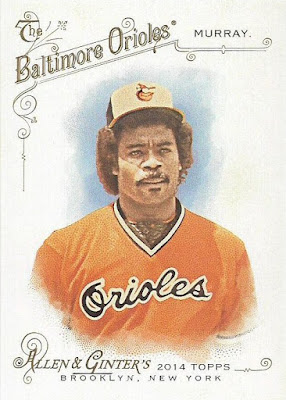 I get a lot of packages in the mail. Not as many as I think I should get, but a lot.

Many of those packages contain notes. Not all of them, but most. (By the way, don't you hate it when you write a note and then seal the package without including the note? This has happened to me numerous times).

But how many times do I get a note that makes me stop and think and ponder what we're doing here?

Congratulations, Bubba's Bangin' Batch of Baseball Bits, you made night owl get out his thinking cap.

Matt recently sent me a Let's Make a Deal-ish package. Included were 12 team bags containing what appeared to be Allen and Ginter needs. But the contents were partially hidden, like so: 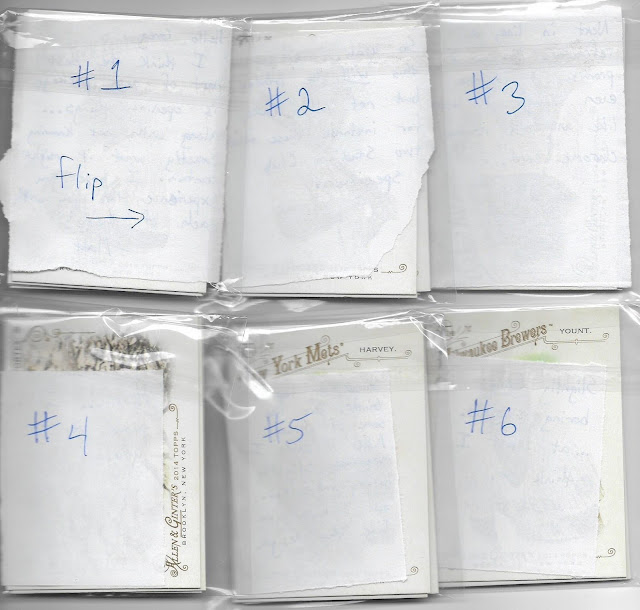 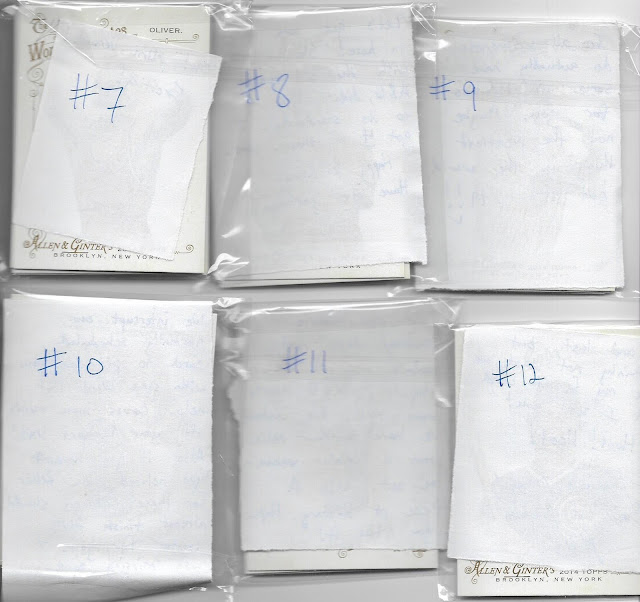 You folks have way more time on your hands than I do, but I appreciate the effort. I like games.

Each numbered slip of paper contained a note, and it was the first note that made these mystery bags make sense. It was also that note that caused me to stop and say to myself, "hey, yeeaah ..."

Here is the first part of that note:

"I think the best part of any package is opening things ..."

This is why I don't enter more box breaks. I don't get to open the cards. Somebody else opens the cards! I WANT TO OPEN THINGS.

This is why we bust wax, bust boxes, spend money on stuff wrapped in shiny paper when we could have simply picked out what we wanted online. Because we get to open things!

Opening things is the great consistent joy in our hobby (by the way, this note also gave me the idea for another post).

So, I opened. It was pretty grand. A grand opening.

Most of the cards were off my 2014 Allen and Ginter want list that has languished on the blog because I'm not all that enthused about starting another binder for A&G. But the 2014 design is so good that it must be completed. And Matt sent 51 cards off my wants, so now all that's left is the Babe Ruth card and a handful of short-prints.

But that wasn't the surprise inside.

The surprises were tucked within each bag. This is expert packaging, by the way.

Let's see the surprise in each bag: 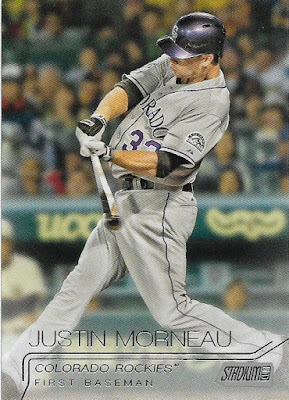 What was once a 2015 Stadium Club need. I've received the Morneau card rapid fire lately, so now I have extras. Don't all the Rockies fans speak at once. 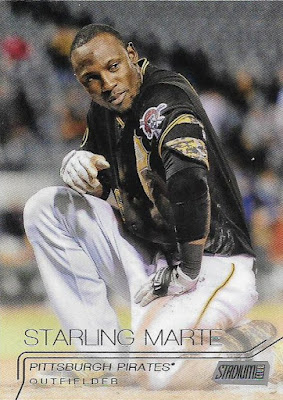 This, meanwhile, is a Stadium Club need. I'm down to 29 cards on the want list -- the point where it's dangerous to buy anything off the shelf. 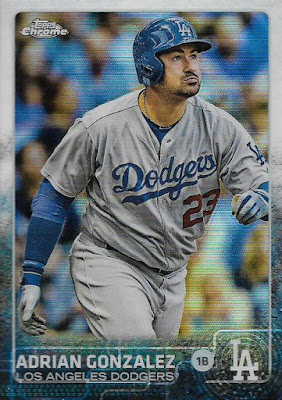 Matt claims this is a refractor. He needs to teach a class, because ever since Topps removed the notation on the back, I've been clueless. I have no way of telling, outside of scanning every card. On my scanner, the refractors have a lined-effect that you can see in the background of the Gonzalez photo. 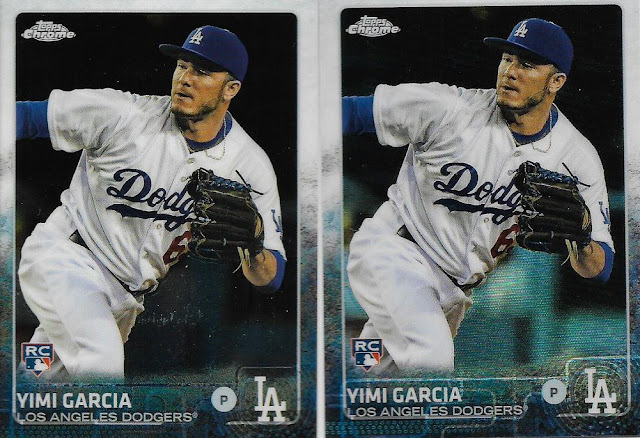 Like so. Matt was so kind to provide a side-by-side example. No lines on the card on the left. Lines on the refractor on the right. 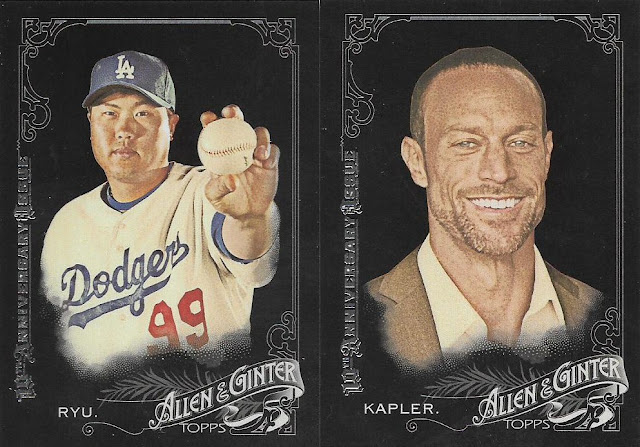 The much talked-about Ginter X. This is my first look at this cool, but pretty pointless parallel. By the way, I was sent this Gabe Kapler card, I believe, because he's a member of the Dodgers' front office staff. Not crazy about the card though. I don't have a subscription to GQ for a reason. 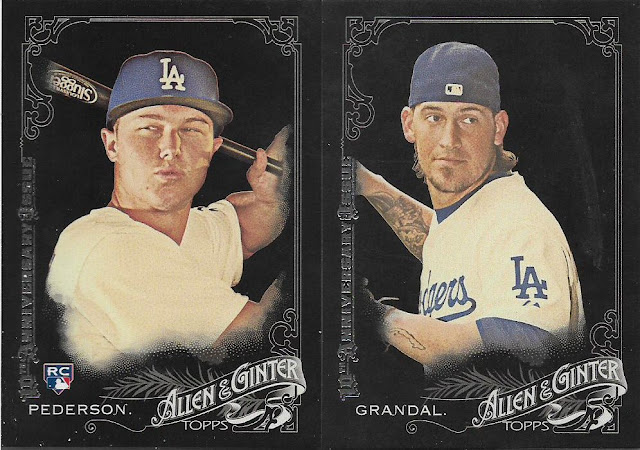 This is much better. Matt agreed in his note. 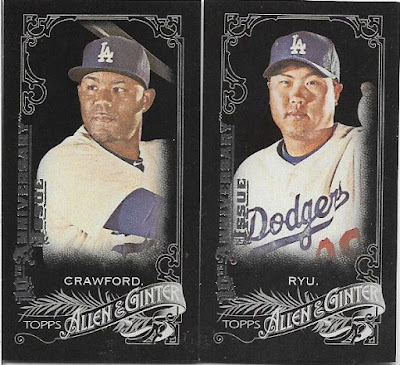 There are mini versions of Ginter X, too, because of course. 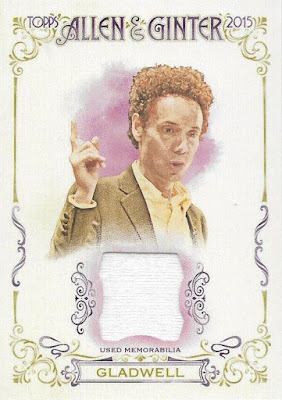 Matt said he pulled four of these, and he has my sympathy. Some time ago after pulling his base card, I looked up who Malcolm Gladwell is. He's pretty noteworthy, I guess. Someone who writes and speaks about social science issues. There is nothing about him though that makes me want to own an article of his clothing. In fact, it's making me question every relic I have in my possession. 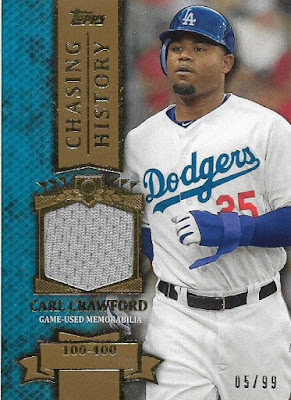 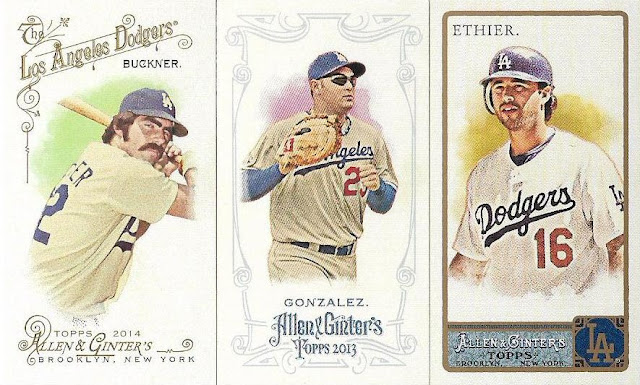 Each of these minis from past years filled a hole. Probably my favorite people cards of the whole package. And you'll see why I used "people" in a minute. 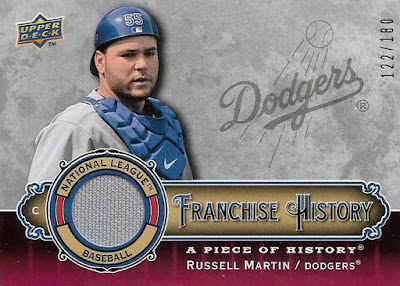 Another relic, this time from Piece Of History, which was Upper Deck's answer to A&G. UD didn't do a very good job of it. I hated this set. No offense, Russell Martin relic. 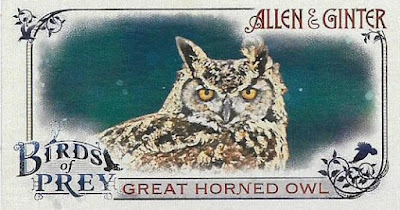 Last item and it's a hoot.

This is the final Birds of Prey owl mini that I needed. So I now have all three! 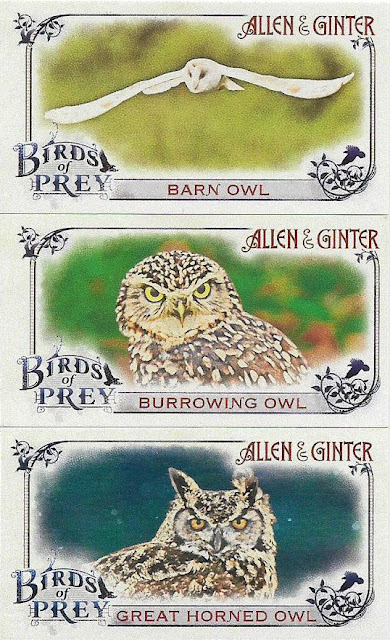 That was some fun opening right there!

I am painstakingly putting some packages together for a few people the next few days, and Matt is one of them. It's only fair. I can't be the only one who enjoys the joy of opening.

Fuji said…
Man you weren't kidding. You could hold an everlasting staring contest between those two owls. It feels like both of them are looking directly into my soul.
February 1, 2016 at 11:37 PM

defgav said…
Ah yes, I'm often writing little notes for trade packages and the accidentally sealing them up without the note.

Refractors really get their "time to shine" when they're in bright light, so being a night owl, perhaps you don't get their full effect as often. I've opened cards at night with low lighting and not realized I had a refractor in my midst, but the same card in the daylight will usually jump out at you.
February 2, 2016 at 12:23 AM