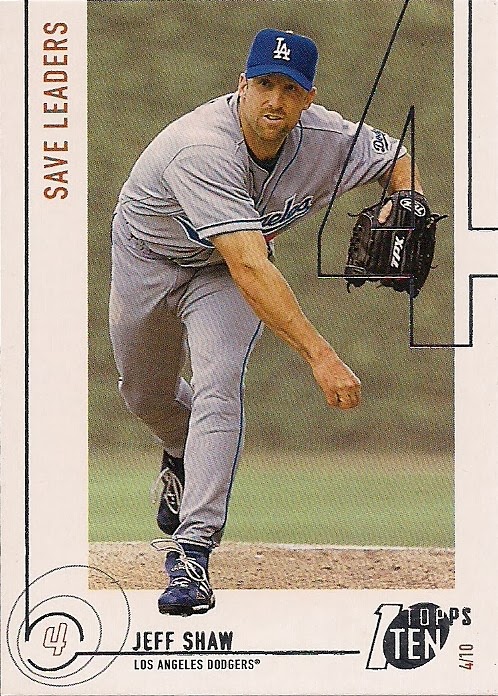 A little while ago, The Dutch Card Guy held a contest with the top prize being a super fancy tricked-out Clayton Kershaw card.

To boost your chances of winning you could comment on as many posts on the blog as you wanted.

I'm kind of known for being a collector of Kershaws and I once commented on Play At The Plate's blog for a similar such contest around 140 times in one weekend (I was a little bored). So I thought it was the perfect marriage -- obtaining a card of my favorite player through something that had won me cards one other time.

I signed up. And started commenting ... only to realize:

A) I was too busy to do this.
B) Other people were commenting a lot more than I was

There are so many more Kershaw collectors out there than there were when I first started collecting him five years ago.

So, I gave up and assumed that was a lost cause.

But I was only partly right. Sure, getting the Kershaw card didn't happen. But I finished second or third (I don't remember) and came away with a prize anyway!

Here is my big winning: 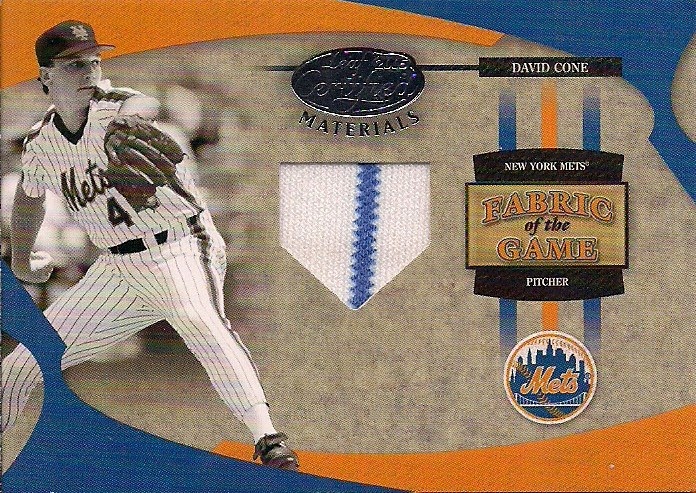 I liked Cone when he pitched for non-Yankee teams. Even when he was going up against my Dodgers during those late '80s clashes, there was mutual respect. And I probably feel better about him because the Dodgers WON in 1988. Ha!

I don't expect this card to stay with me for very long, but it's nice to be able to stare at it for a few weeks.

Let's see some cards from Jeroen that I do plan to keep: Yes, I don't think the Cone relic will stay with me, but I'm keeping a card from 2003 Upper Deck of a reliever that didn't stick with the Dodgers. We team collectors' priorities are all messed up. 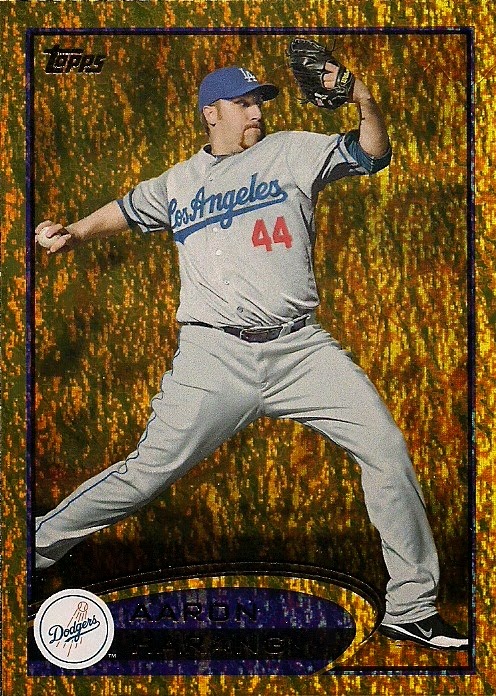 What I said above. 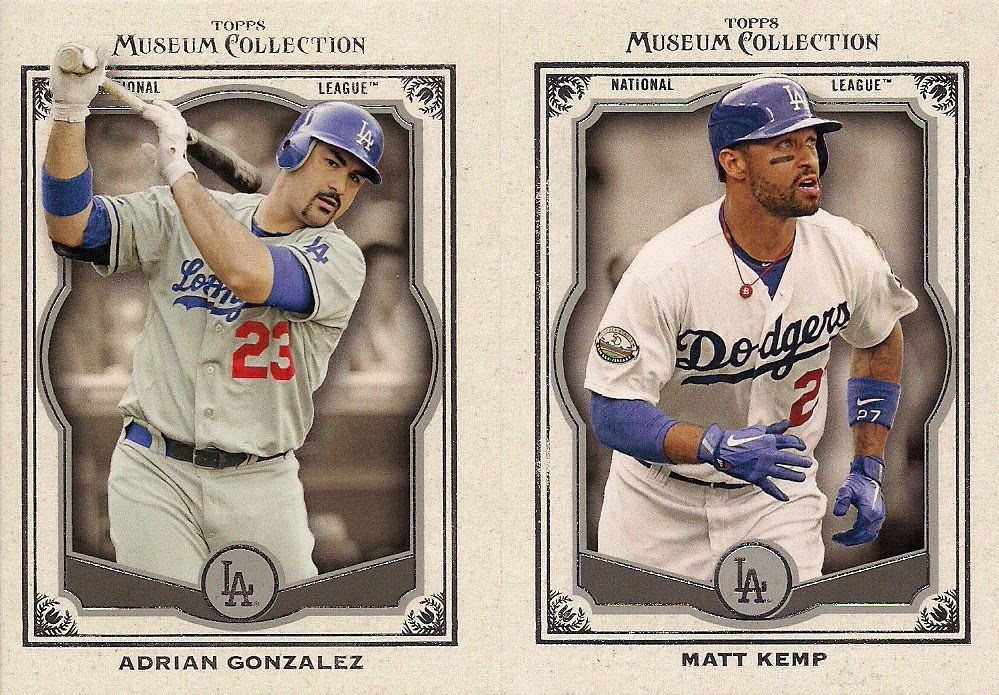 Here are some fancy Museum Collection Dodgers. The base set is as far as I go with these cards. I can't even tell you want kind of hits there are in this set. I've stopped paying attention. 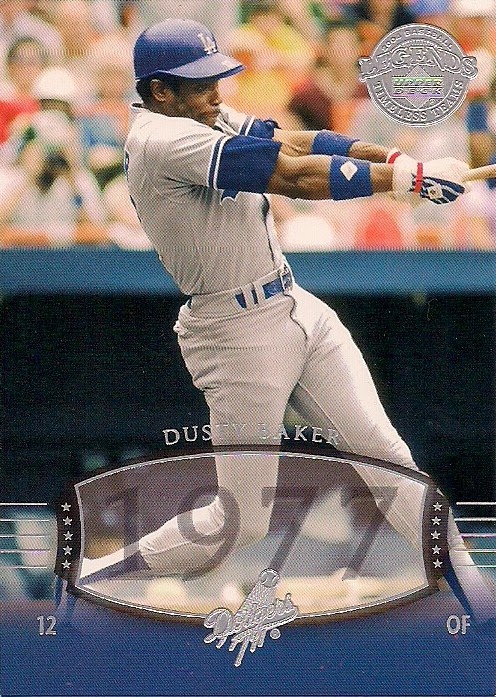 One of my favorite Upper Deck sets of the previous decade. One day us card collectors are going to look back at 2000-09 fondly. 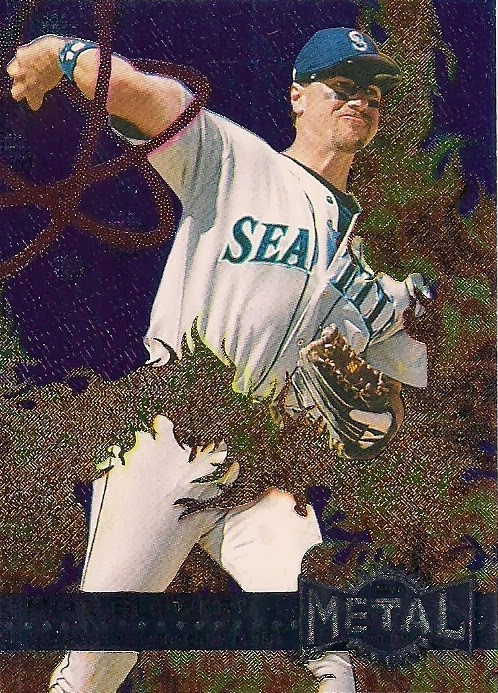 Extra points to Jereon for recognizing that this is a Dodger card. I know you can't make out the "Los Angeles" on the front, but it's there. 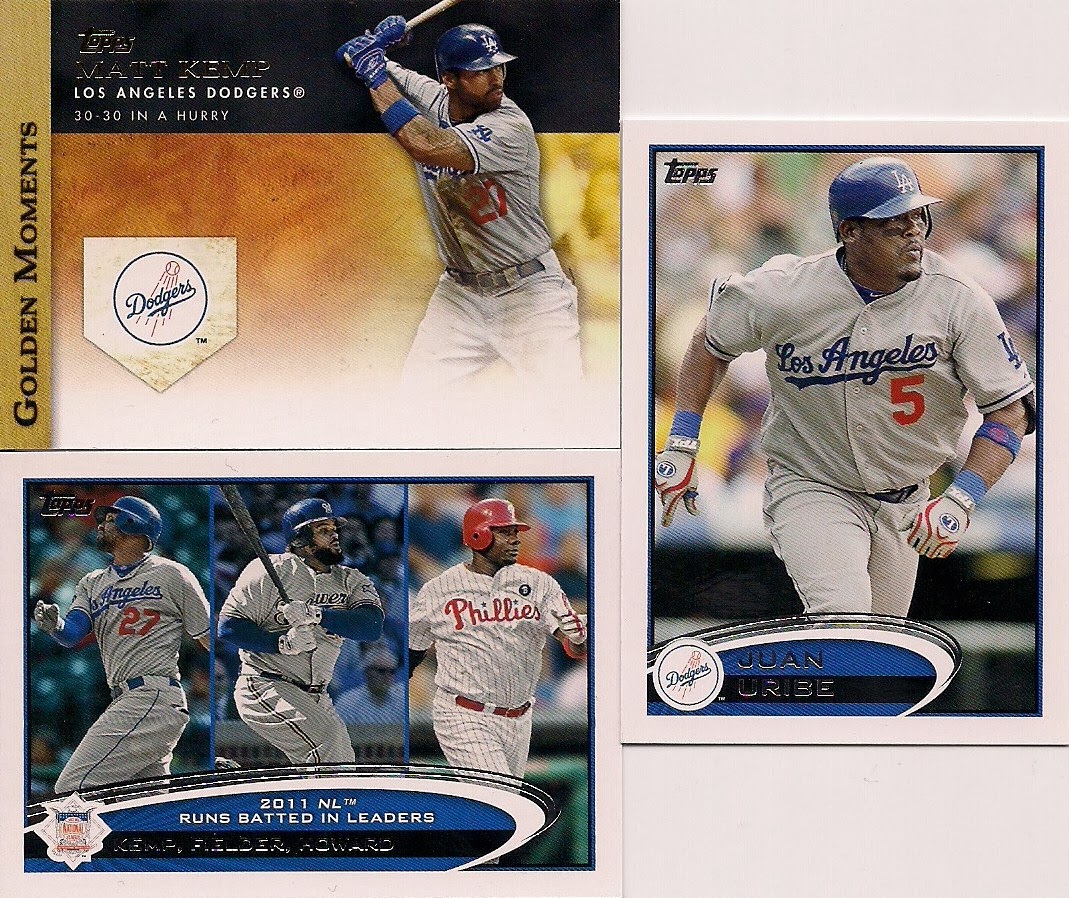 These are all minis. I suppose we're going to have go through this again this year. 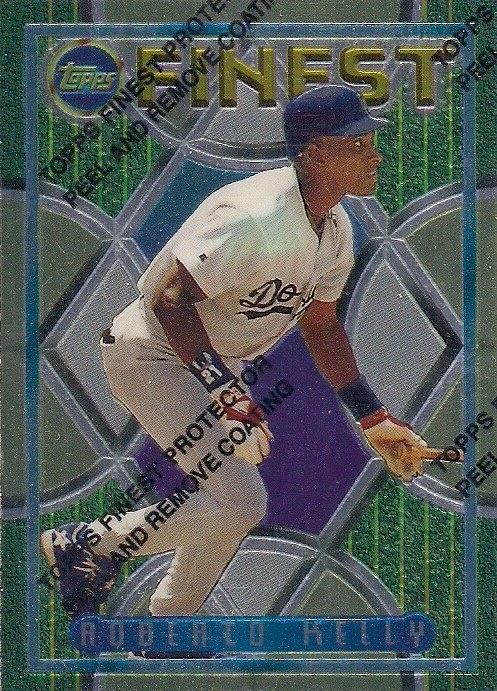 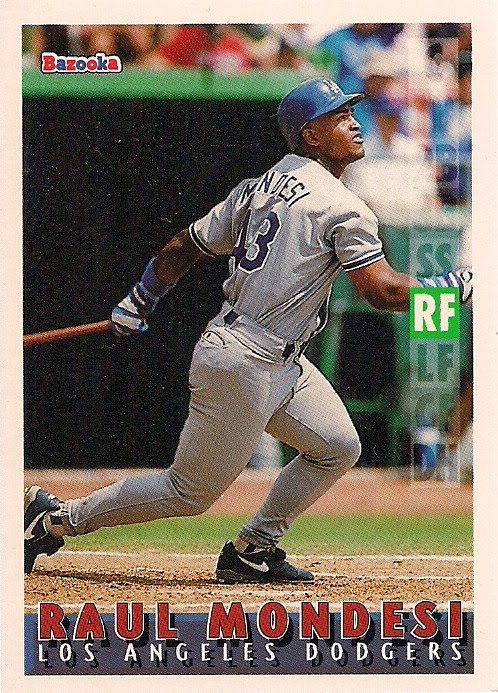 1995 Bazooka apparently came with some sort of spinning dial thing to play the game on the back? Anyone know how that worked? 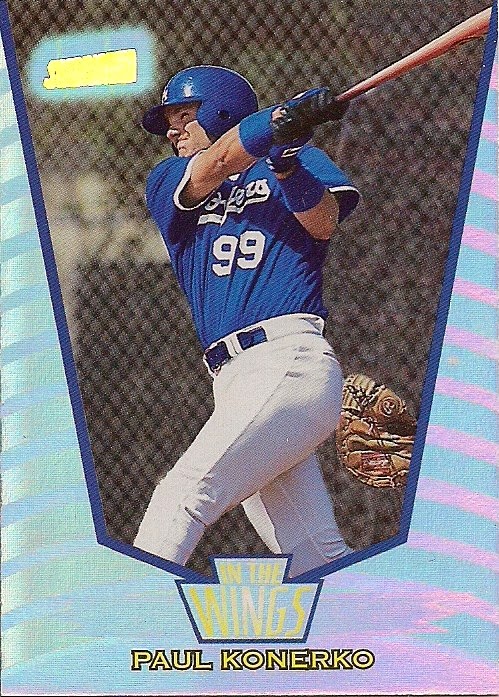 Probably my favorite card of the bunch. It is my 71st Dodger card of Paul Konerko, who played 55 of his 2,268 games with the Dodgers. Because the '90s were insane. 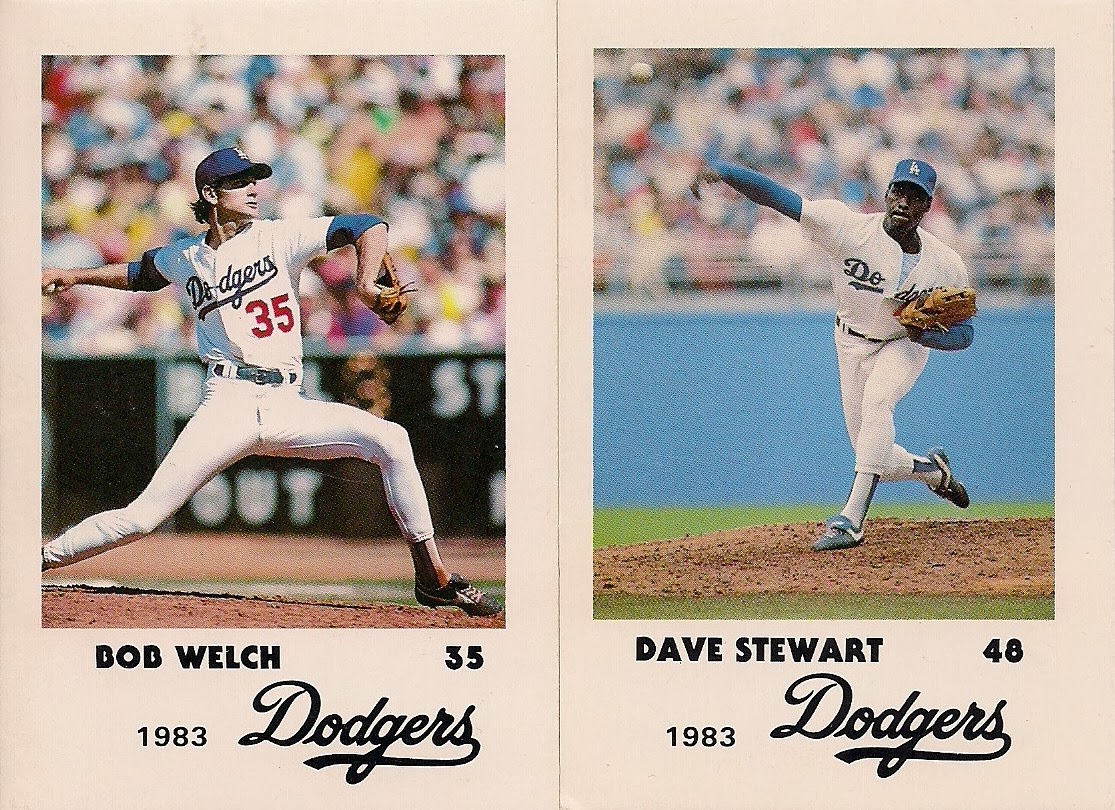 The Dutch Card Guy even through in a couple of Police Cards that were both needs!


I think I made out pretty good for someone who couldn't land a snazzy card of my favorite player and was basically outwitted by the competition.

Fuji said…
I'm surprised 80's Police sets don't get a lot of love from collectors. Maybe it had to do with their sometimes "non conventional size". Or lack of exposure... due to them being regional issues. Whatever the reason... the Welch and Stewart cards are AWESOME!
February 17, 2014 at 7:45 PM

BASEBALL DAD said…
I don't think our priorities are messed up ! I'd be trading the Cone for a nice Indian relic, oh, and I peel too, if the card is for my collection.
February 17, 2014 at 8:22 PM

Marcus said…
That there are actually 71 Paul Konerko cards from his Dodger days to collect is the weirdest thing I have read today. A COMC.com search of "Konerko Dodgers" brings up 44 hits. When the number of cards exceeds number of games, well… that's special.
February 17, 2014 at 11:55 PM