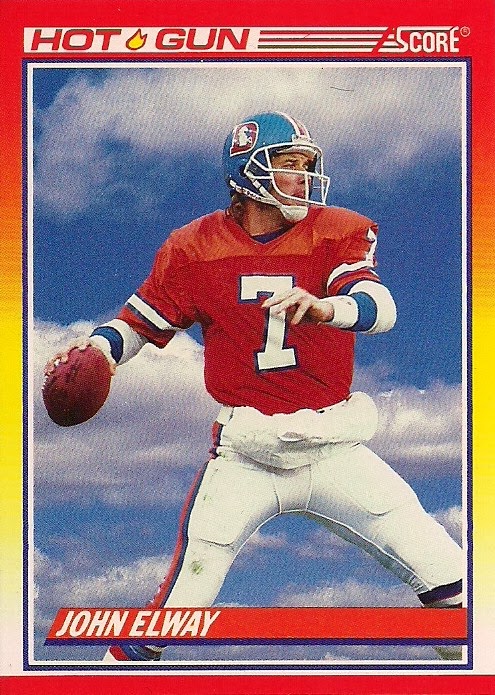 The most famous person I have ever interviewed is John Elway. I'm in sports after all, so there have been no conversations with kings, presidents or hollywood actors ... thank goodness.

But you won't find my interview with Elway under my byline. And that means I can't prove to anyone that I talked to John Elway. But I did.

It was on Monday, Sept. 18, 1989. I was at the Bills' stadium to help cover their Monday Night Football game against the Broncos. It was my first time covering a Monday night game and it was as hectic as an emergency evacuation in the middle of downtown. First, Monday night games don't start at east coast-friendly times. Second, I worked for a newspaper that was an hour away from the Bills' stadium. Third, this was before cell phones and smart phones. Filing remotely was like trying to start a fire under water.

So, as the newbie, my designated job was to be the gopher. While the main writer gathered quotes from the home team, the Bills, I was to go to the Broncos locker room and dig up whatever I could to throw into the main writer's story. Quickly.

On Monday nights, the rush to get down to the locker rooms is magnified. I scrambled out of the elevator, ran past the entry way to the Bills locker room, behind the end zone, and into the walk-up for the road team.

Even though the Broncos won the game, I was uneasy. The road locker room is filled with people you don't know. You don't know their faces or where they're sitting. You scan the room amid dozens of large bodies for any familiar sight.

It was the sports editor for another newspaper in Western New York. He worked with my girlfriend. He was a friendly sort. I could tell he was waiting for someone and I asked him what he was doing.

"Waiting for John Elway to get out of the shower," he said.

I kind of chuckled, but not loudly because I was too young to know anything. But really, who thought Elway was going to come out and talk to some random reporter from a tiny newspaper? I had been to quarterback interviews. They were always held behind a podium. Besides, who had time to wait? Get an offensive lineman! Anyone! There's NO TIME!

But less than 2 minutes later, sure enough, Elway came out of the shower wearing a towel and some shower shoes and came right up to me and my friend. I looked at Elway and he stared at both of us. 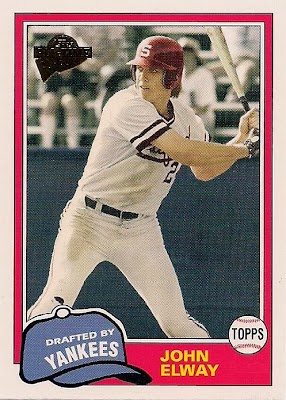 I had first heard of Elway when he was in the Yankees organization. My first recollection of him is opening the local newspaper before I went out on my paper route and seeing a large photo of Elway stretching during workouts with the Oneonta Yankees. I think that went through my head as Elway walked toward us.

But I had my quotes. From John Elway.

I scrambled back the way I came, got up to the press room, found the writer who was writing the story and gave him the quotes. The writer looked at them and said "Elway? OK!" and kept writing.

I have no idea what I asked Elway or what he said. I suppose if I went through my old newspaper's archives, I could figure it out. But my discovery wouldn't be very exciting.

I remember all of this now because it's the Super Bowl today. The Broncos are playing in their first Super Bowl since Elway was their quarterback. The writer who wrote that story in 1989 just announced his retirement. The sports editor who helped me interview Elway is the PR guy for a state bowling association. And I'm now a sports editor.

I can prove all of that to you. But I can't prove I talked to Elway.

Yet, I'll still remember it for the rest of my life.

Commishbob said…
Fun story, crappy game but they showed your interviewee up in a suite. I bet he wishes he was still playing.
February 2, 2014 at 11:19 PM

Fuji said…
Very cool. The most interesting person I ever interviewed was my 3rd grade teacher. Not quite the same as Mr. Elway.
February 4, 2014 at 10:20 PM