It's a pretty thorough list. Maybe not as thorough as some, but more complete than others. Like I said a few posts ago, I don't have a lot of enthusiasm for updating it with all the parallel nonsense of 2014. But there is the other end of the spectrum, too.

You won't find on my want list any cards from earlier than 1952.

Well, frankly, five-plus years into this blog, I'm still not over the fact that people send me cards. And it's that part of me that thinks it's a little presumptuous to even be listing 1952 and 1953 Topps, let alone stuff from what I consider to be the prehistoric era of cards.

But, really, nobody's going to send me those kind of cards.

I received one surprise from Dave of Tribe Cards way way back when he sent me a 1950 Bowman Carl Furillo and I figured that'd be a once-in-a-blog-lifetime event.

But then, in the last two weeks, something interesting happened. Three separate people sent me 1950 Bowman Brooklyn Dodgers. I didn't ask for them. Two people told me the card was coming out of the blue. A third person didn't even tell me. It just appeared.

And now I have three more 1950 Bowman Dodgers than I did before this month began.

The Preacher Roe up top came from Adam of the rarely updated Thoughts and Sox (ask for his new address, he's moving again). Adam seems to have a bottomless reserve of Preacher Roe cards. I'm happy to receive his Elwin extras. 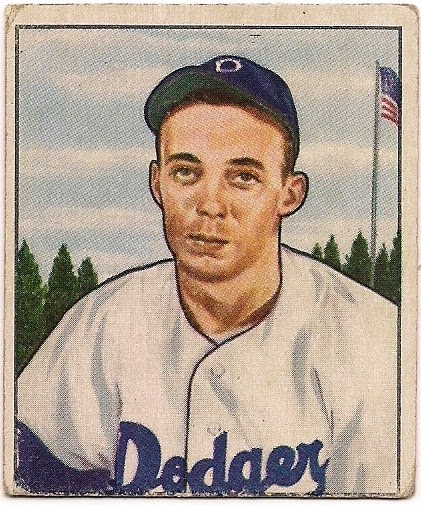 This '50 Bowman of 1949 NL-pennant clinching pitcher Jack Banta is from Zippy Zappy at Cervin' Up Cards. I get the coolest things for giving up Yankees.

Banta doesn't appear to be too impressed with all of this, but I certainly am. It's basically his only card. 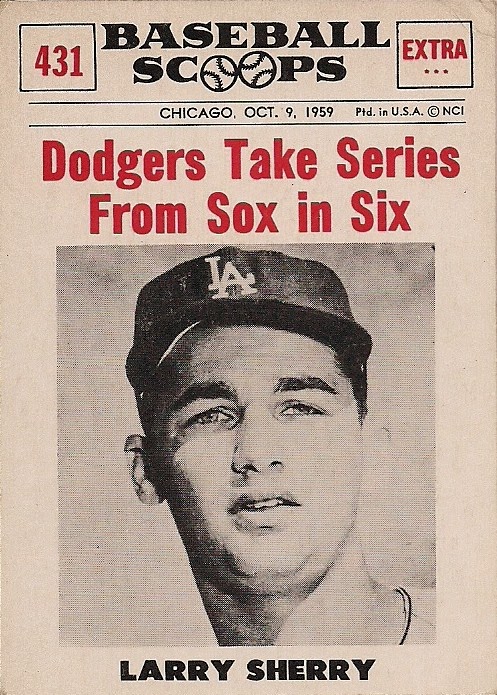 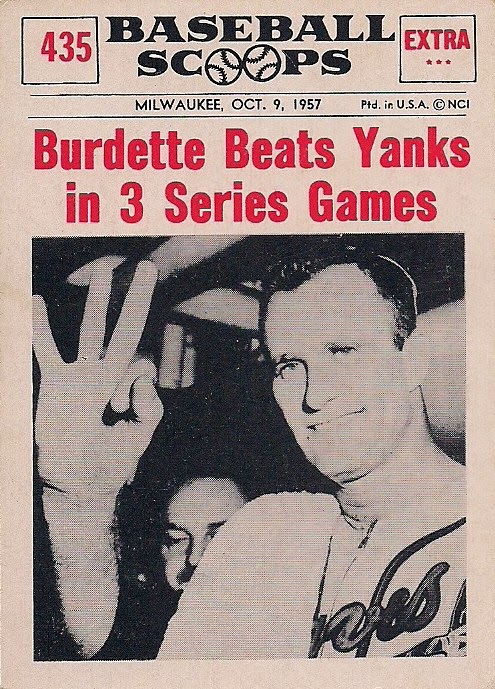 Those are some Baseball Scoops cards from the early 1960s. Given my background, I honestly should be trying to complete this set. But I'll be satisfied for now with these two items. They're really great -- nothing beats a Dodger World Series win and a Yankee World Series loss. 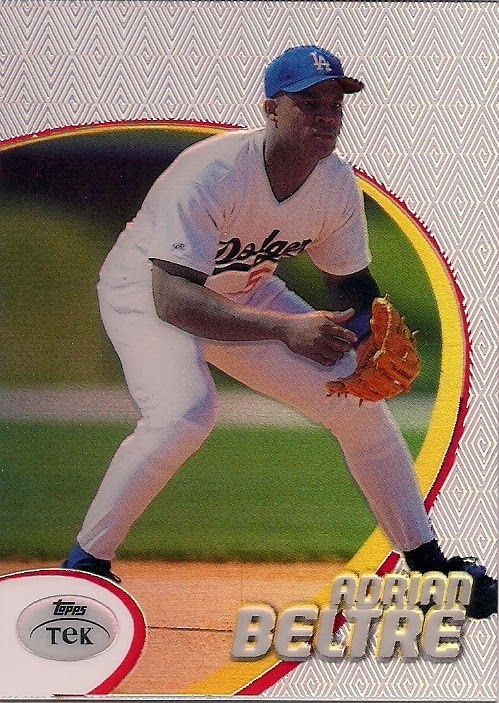 One more card from ZZ, just to show how it pales in comparison to vintage. I'll have to see whether I already have the geometric pattern etched on this card or not -- that's a hell of a way to collect a set, Tek. 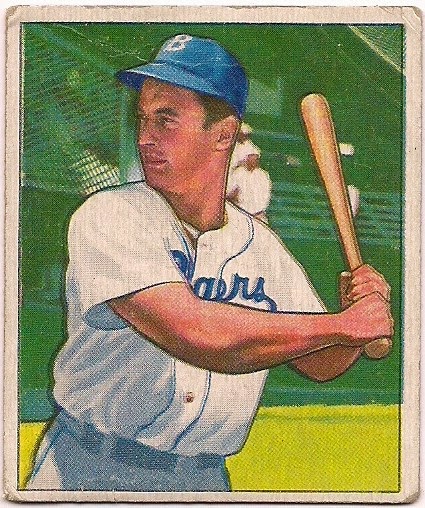 The last 1950 Bowman arrived unannounced from Commish Bob. It's of Gene Hermanski, who frankly is one of the easiest Brooklyn Dodgers to acquire. But he had some decent years for the Dodgers and played his part in one of the more coveted 1952 Topps cards being a Brooklyn Dodger instead of a Chicago Cub. Hermanski was traded in a deal that brought Andy Pafko to Brooklyn. 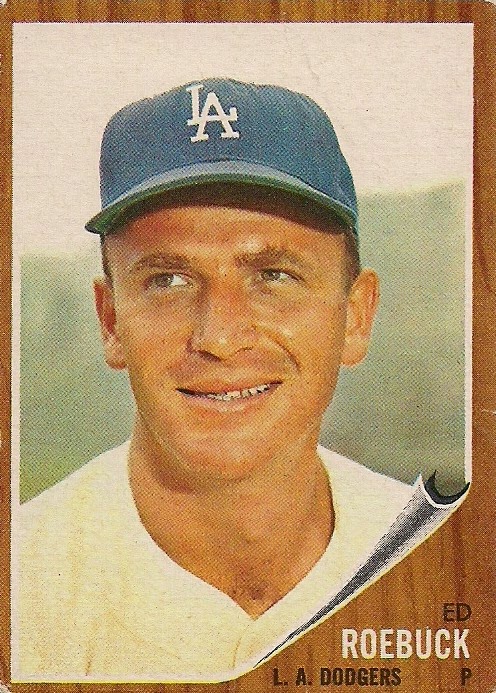 The vast majority of Commish's card package was vintage, which is the best kind of card package. This is a 1962 Topps need scratched off the board. 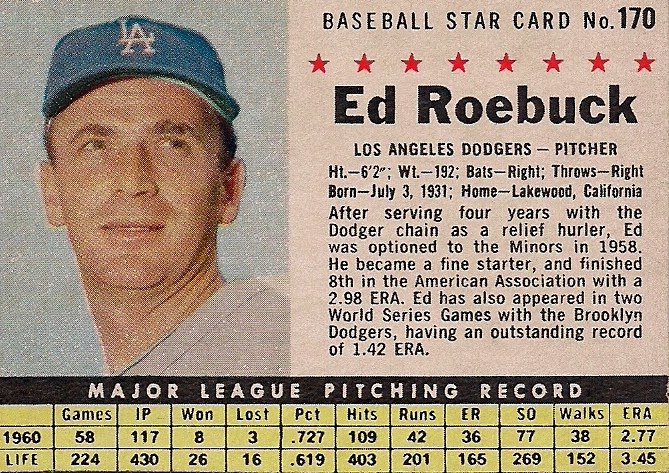 There's Roebuck again. This time cut off a Jello box from 1961. 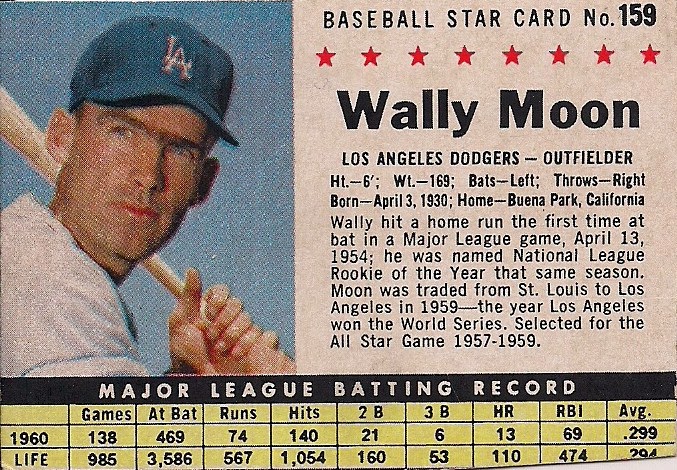 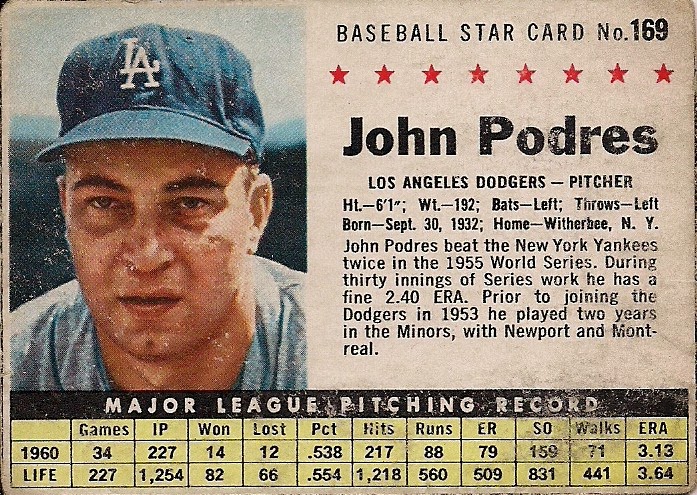 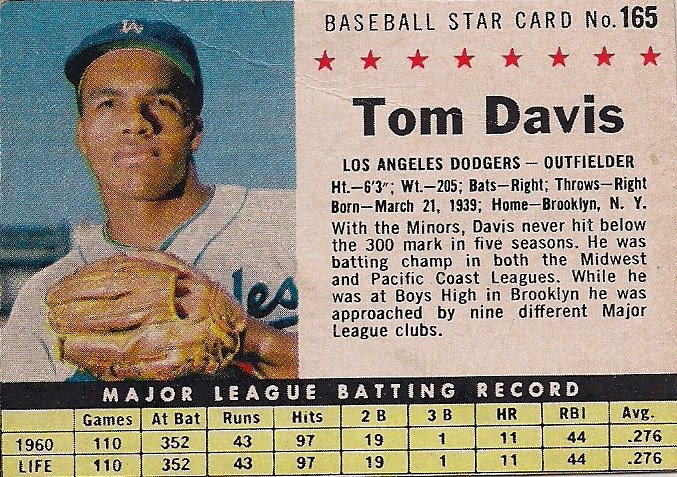 Roebuck was joined by his much more famous friends. All of them relatively well-trimmed. Because this was before hippies went mainstream. 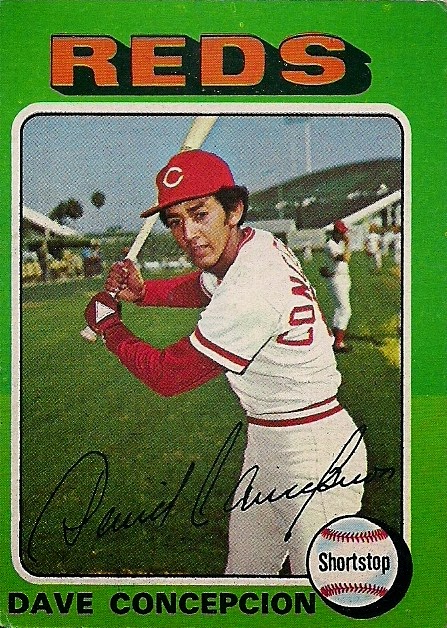 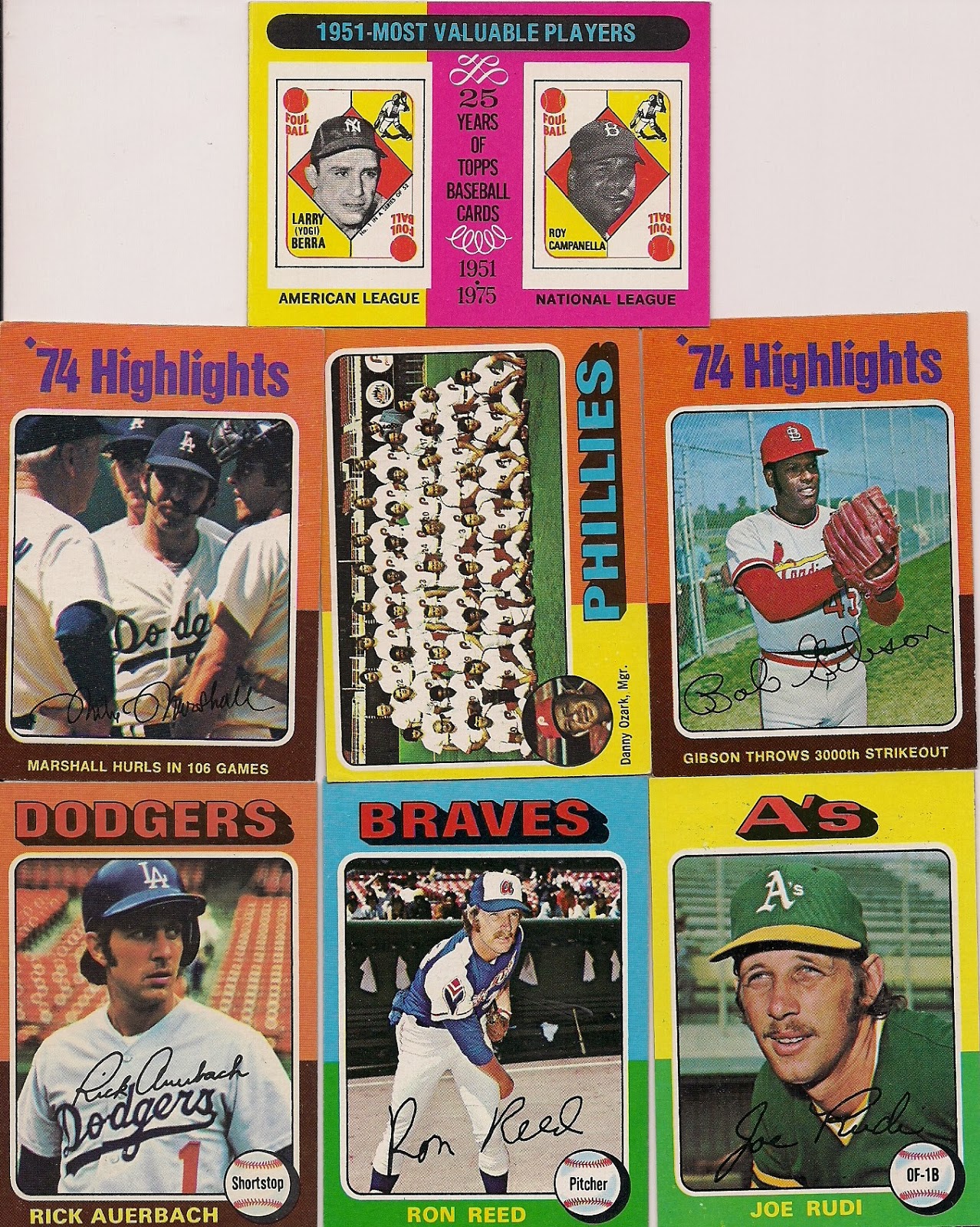 That's the rest of the assemblage. I apologize for the crookedness, if I HAD PAGES THAT FIT '75 MINIS I COULD DISPLAY THEM BETTER!!!!!

Sorry, I don't do patience well. I know, I know, they're coming.

The '75 minis that Bob sent got me under the 100 mark as far as the amount of minis I still need. And that news got enough folks' attention that I have a couple of extra people looking for minis for me.

That is one great perk of having a card blog.

That, and people send you 1950 Bowmans even though they're not on your want list.

BASEBALL DAD said…
That's what friends and family are for ! I started just a couple months after you and have received a couple vintage cards over the years. I also just sent a package your way today, no vintage or minis (sorry !) but they are Dodgers ! I also have # 9 on your Nebulous list, forgot to put it in the package though !! Next time.
February 20, 2014 at 8:37 PM

Play at the Plate said…
I just love Vintage. Seeing a post like this is like Thanksgiving Dinner. So filling and I just want to smile and take a nap after seeing all that vintage greatness.
February 21, 2014 at 12:11 AM

Swing And A Pop-up said…
I am jealous of your vintage acquisitions. And after reading Play At The Plate's comment, I am also hungry.
February 21, 2014 at 12:48 AM