Today is the 66th birthday of my all-time favorite player, Ron Cey.

I don't really have any new cards of The Penguin to show in honor of his birthday. I do have my eye on a couple, but pulling the trigger is not recommend at this time of year. I'll wait until April or May for that.

But I do have some recent finds and arrivals related to Cey to show.

First, Jaybarkerfan's Junk just sent me a package filled with Dodgers cards. I'll have to show that later because oh, the scanning. But here is an idea of what was included: 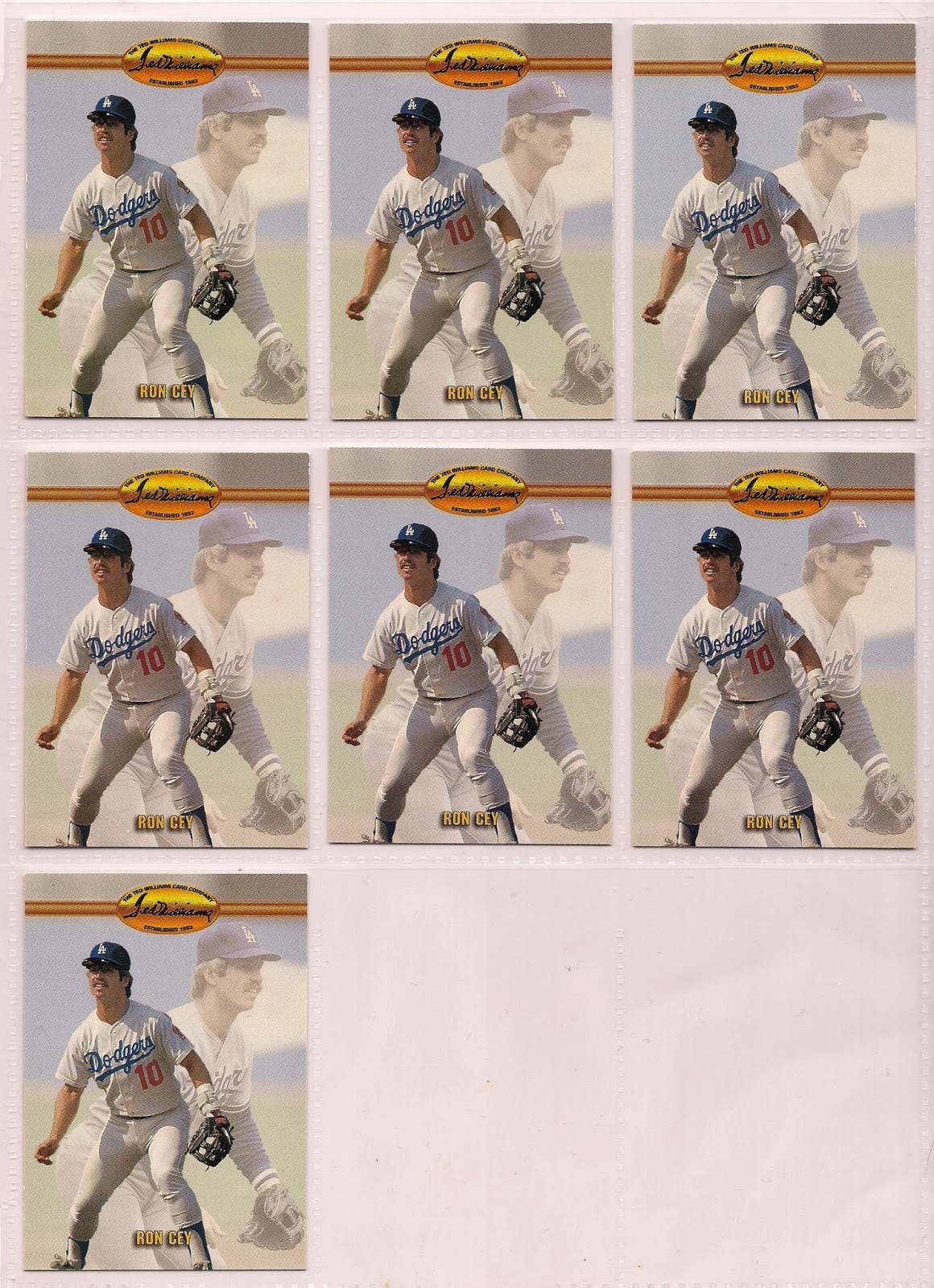 I'm sure I have a couple more to fill out the last two slots.

The rest don't have anything to do with cards. But that's OK. Because it's The Penguin, about the only guy who I make an exception for as far as my "no memorabilia just cards" rule.

First, here is something I found in one my Dodger yearbooks from the 1970s. I find it quite entertaining: 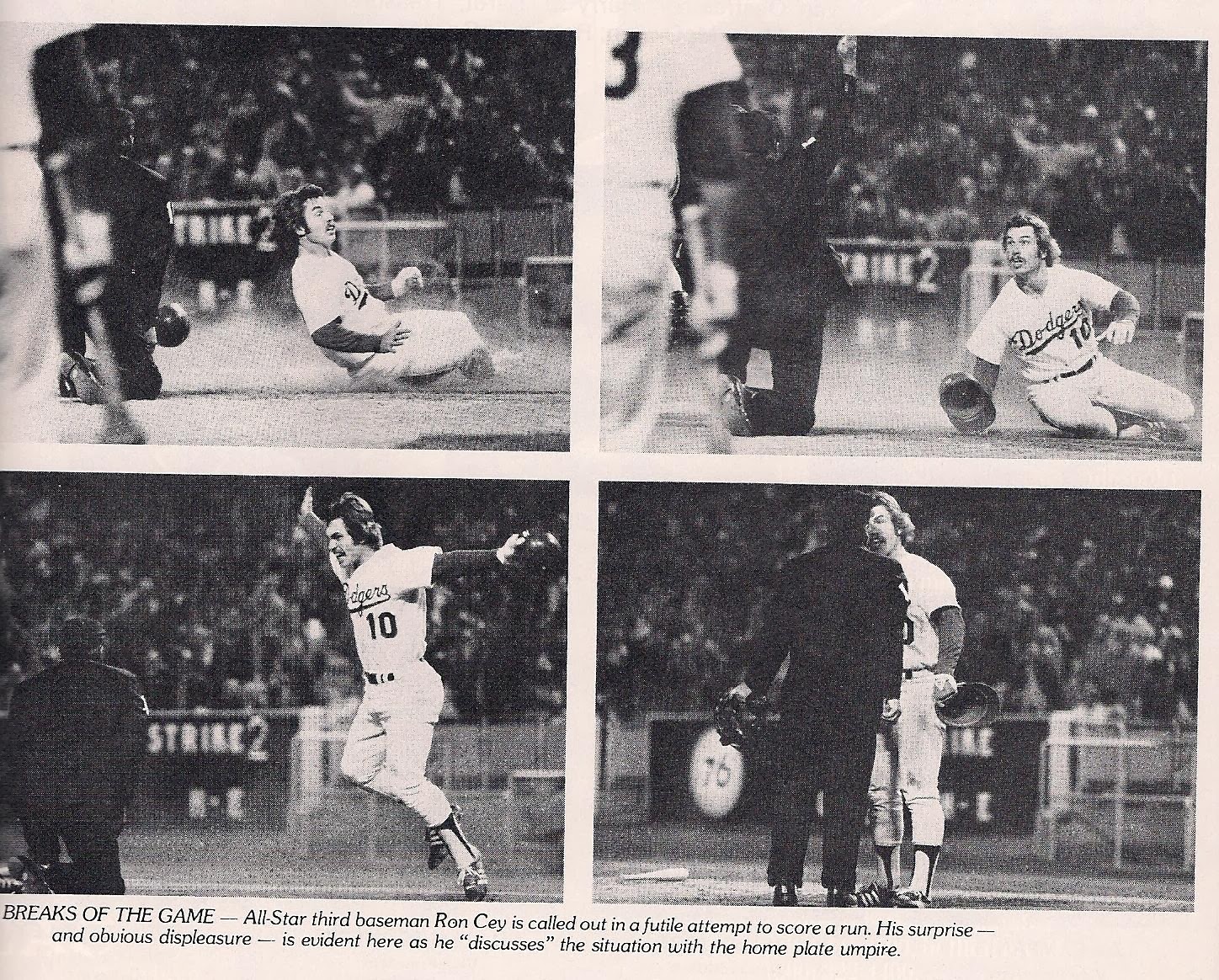 Back that replay rule up to 1977 and let that run count, man!


Here is something I found even more amusing. It is a scout's assessment of Cey's skills in 1969:

Hmmmmm. That funny-looking ball player lasted only 17 years in the big leagues.

Moving on to much happier Cey memories. 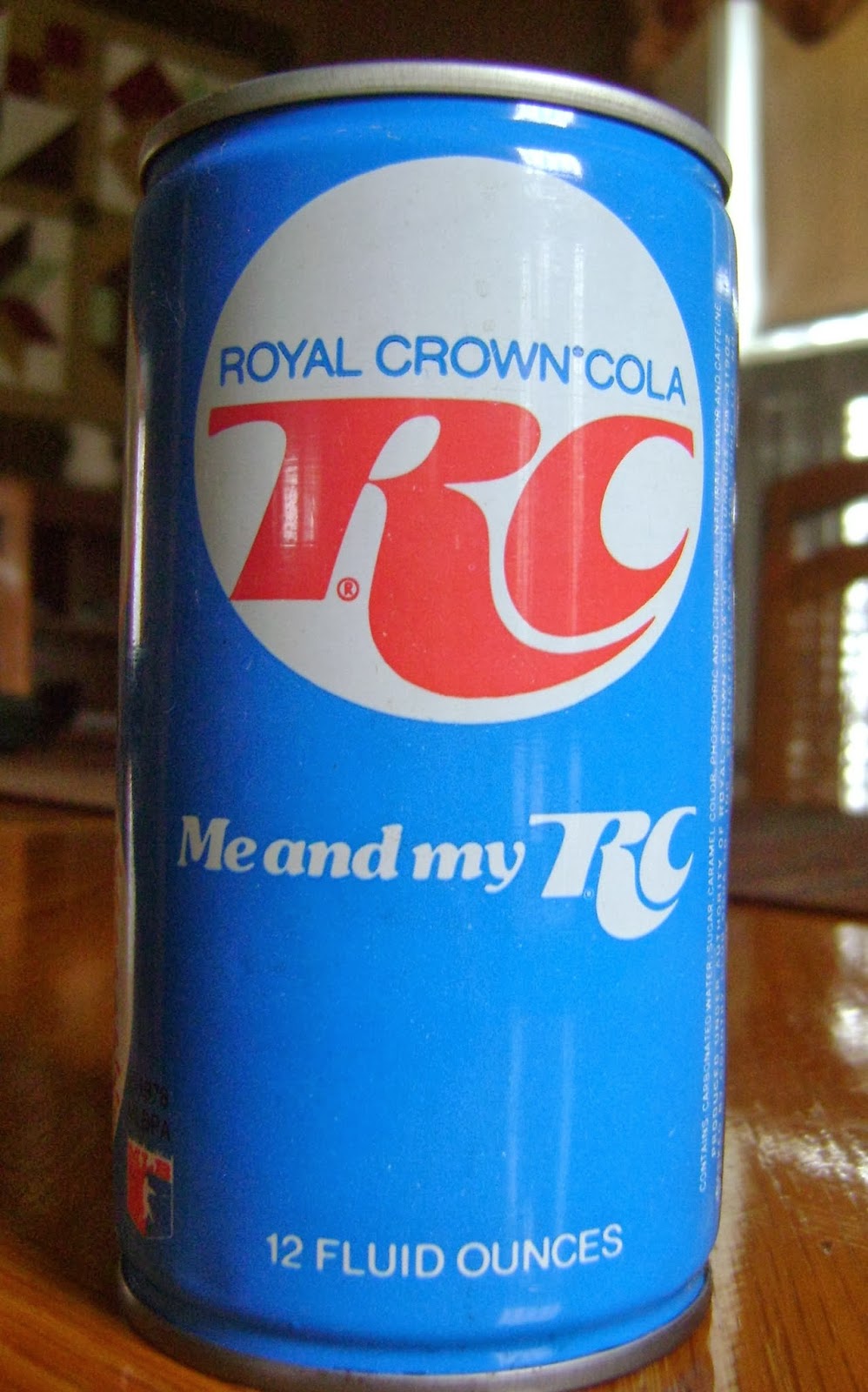 This was sent to me by Mark H. Anyone who grew up in the 1970s, probably even some people who weren't even baseball fans, knows what this is.

Of course, it's a can of RC Cola, back when you had options besides Coke and Pepsi. But there was only one time when we actually preferred RC Cola. 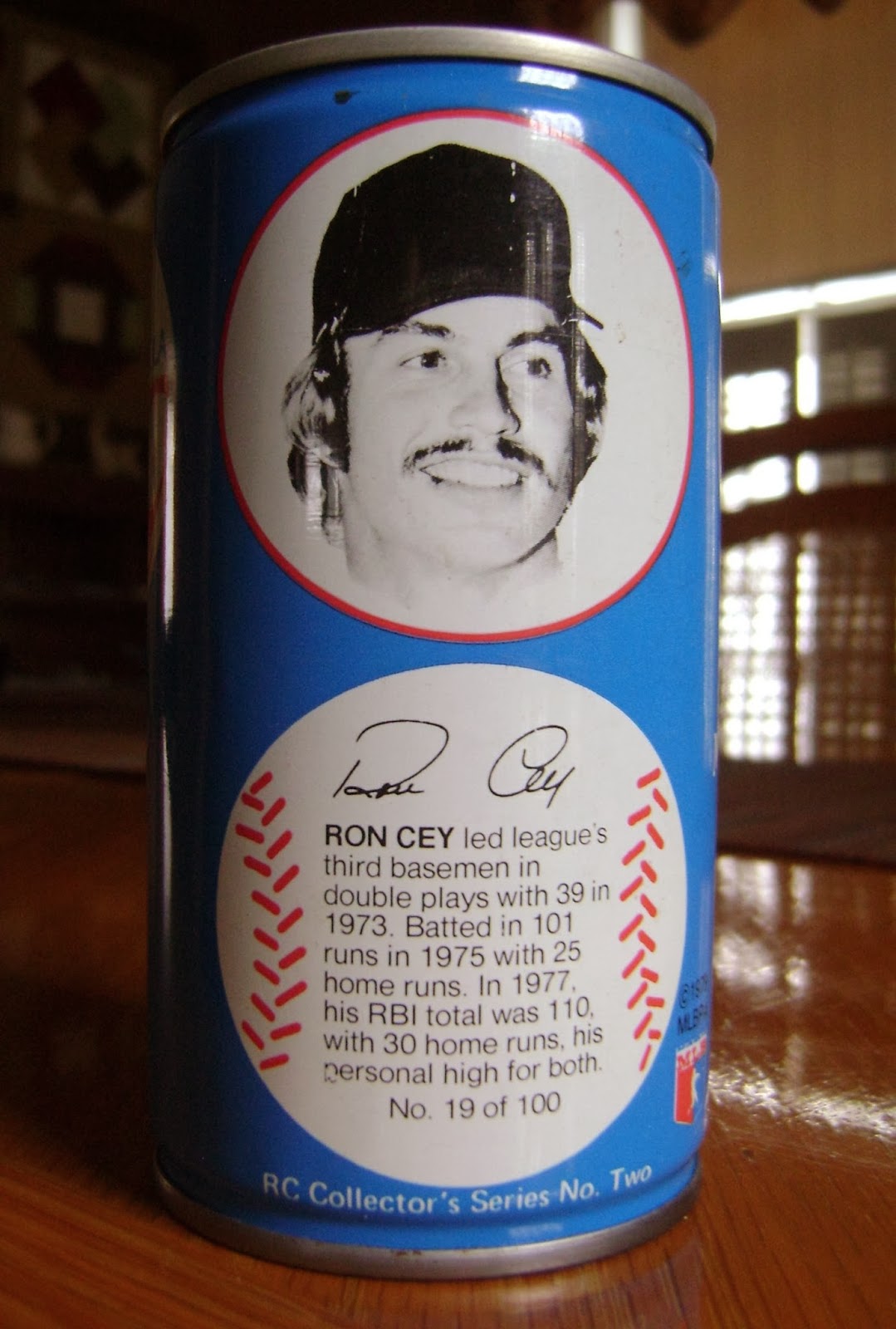 That was in 1978 when you could collect the baseball players featured on them!

This is the only one I want now. Cey was a monster in 1977. He deserved his own cola can.

And here's a commercial from that time period for you '70s nostalgia addicts:

The Dodgers were in the World Series that year. Guess I should have entered.


Finally, a discovery I made only yesterday.

Ron Cey was in a major motion picture about a giant winged lizard who eats people in Manhattan.

No I am not making that up. 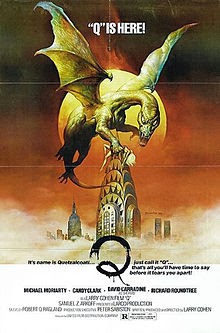 "Q-The Winged Serpent" was released in the fall of 1982, and is a throwback to the creature movies of the '50s. Cey plays a cop, Detective Hoberman, who is trying to save New York from the monster.

Here he is trying to blast nasty Q with machine gun lead from The Chrysler Building. 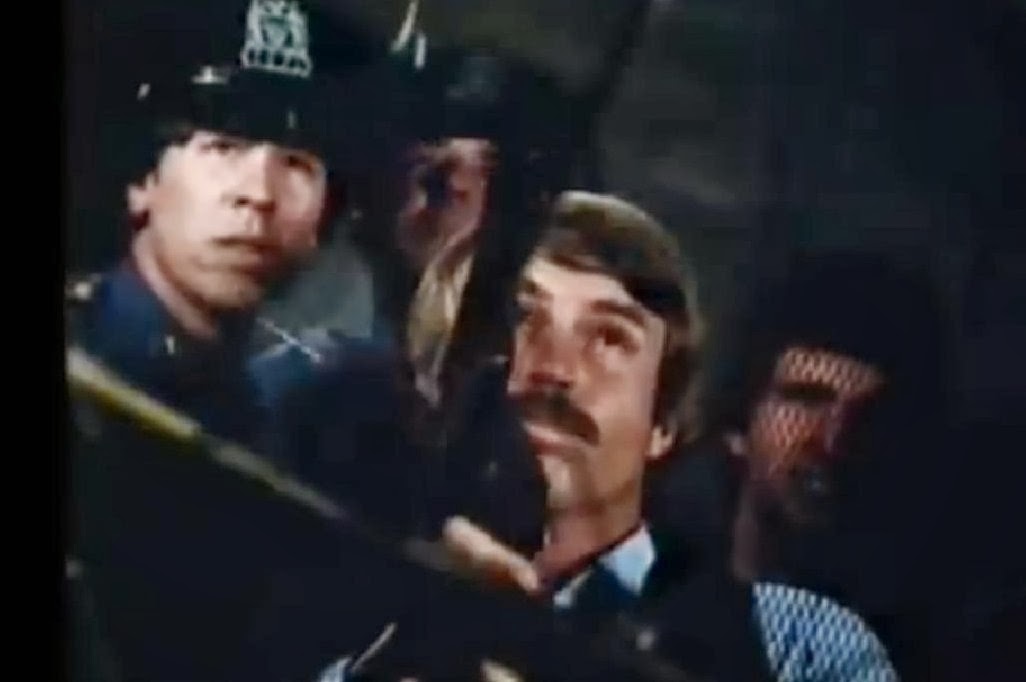 Here is the trailer. Cey's machine gun scene appears at the end.

And just another reason why Cey is my favorite player still after all these years.

Mark Hoyle said…
Well I'm glad Cey is the one guy you would make the exception for accepting a non card item. The Garvey can went elsewhere . Happy birthday to the Penguin.
February 15, 2014 at 4:44 PM

Bo said…
Just watched Q the other day. Saw Cey's name in the credits. Thought of you instantly. Of course you had already posted about it!
July 13, 2020 at 5:19 PM