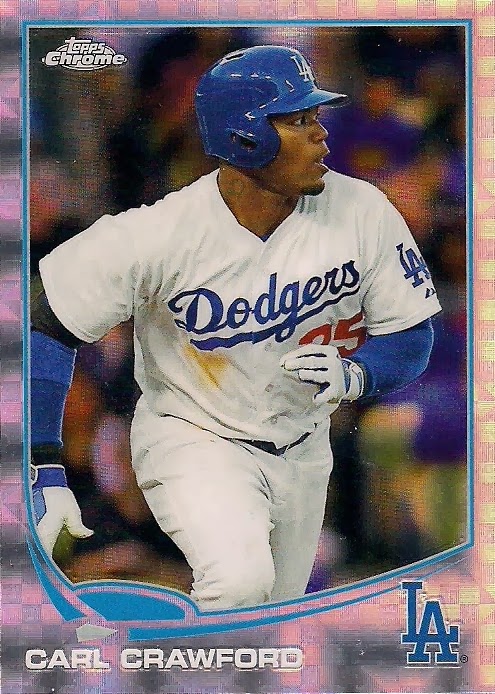 I've been staring at the contents of a PWE from 2 by 3 Heroes for more than two weeks now. Although I appreciate the cards and do need some of them, I just haven't found my writing muse to pay proper tribute.

So, while I could go through the motions and launch into how this is my third different parallel of the 2013 Chrome Carl Crawford card and how pleased I am to add what was once called an "xrefractor" to my collection ... 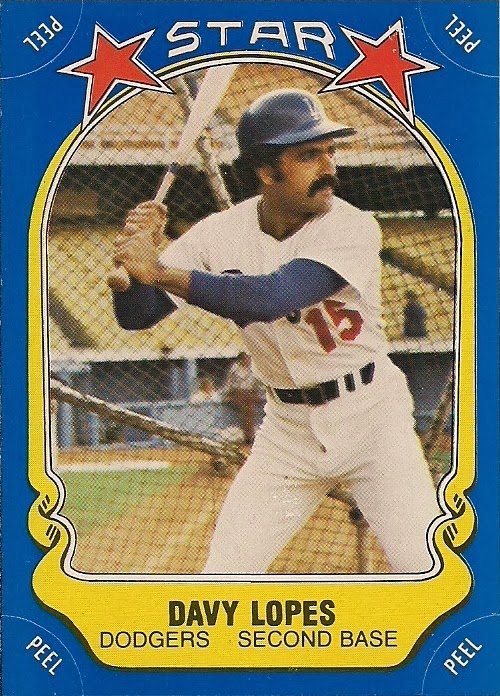 ... and mention how this second Davy Lopes 1981 Fleer Star Sticker gives me license to stick this item wherever my heart desires ... 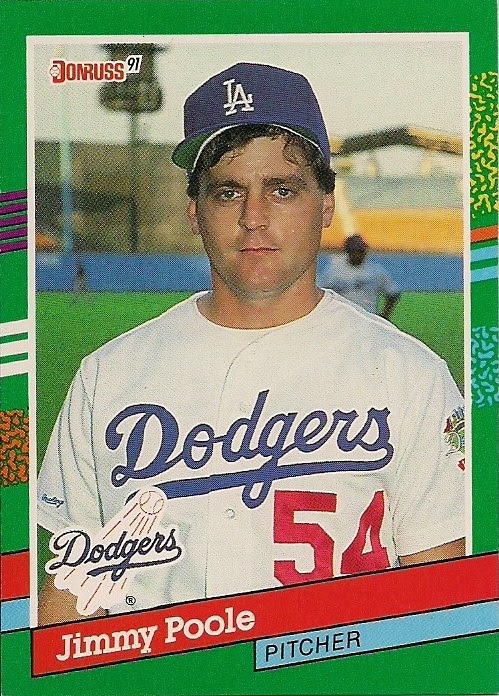 So I went elsewhere for inspiration.

There was something that Jeff did on his blog that interested me.

You know those 1989 minis that Topps is including as inserts in this year's set?


They die-cut them because nobody wants a tribute to a 1989 Topps card as is.

I don't really like how they turned out and neither do some other bloggers. To me, it looks like some child's experiment -- what would happen if I cut the border off? -- and now we're paying good money for Tyler's playtime with scissors.

To that point, although I believe he doesn't mind these cards, Jeff made his own homemade version of the 1989 diecut minis by -- what else? -- trimming one of the 1989 Topps cards so it was a diecut.

I thought this was an excellent idea, and a great use for the mountain of '89 Topps that continues to repopulate itself in my home even while I am in the act of getting rid of them. It's like some renegade virus that the doctors can't control. 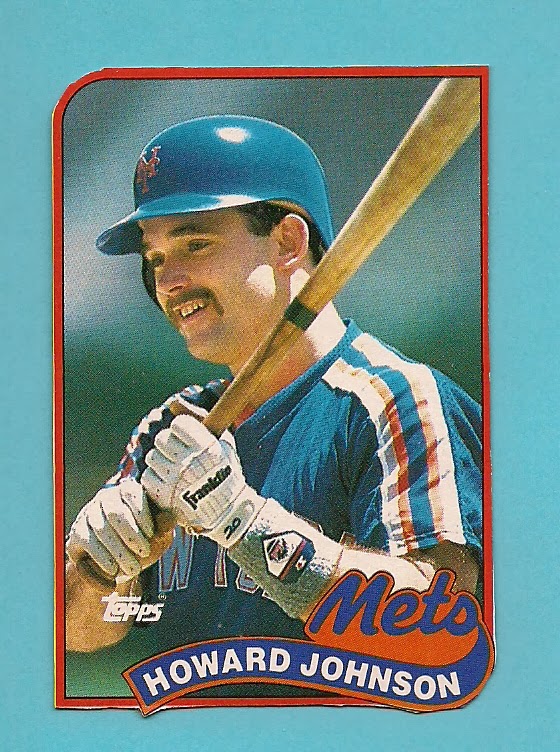 HoJo is now a diecut. I wish I could say it's more fun than the intact 1989 Topps Howard Johnson card but it's maybe 3 percent more fun. That's it.

I think you almost had to grow up in the '90s to appreciate diecut cards. Not that I dislike them. In fact, I like a lot of them. But there are others that I just stare at in a confused manner, most of the time wondering why they decided to cut it like THAT, and then fuming about how it doesn't fit into my pages without me doing some sort of damage to the card. Some of them are done well, some not so well. Overall, I can take them or leave them.

So I have no desire to collect any of these '89 minis, outside of the Dodgers. But I do recognize that these minis are popular enough that we're probably not going to see this trend disappear with 2014 Topps Series 1.

No, I'm guessing that Topps is going to run this into the ground. And I think you quite possibly could be seeing future diecut "tributes" to other past sets in mini form.

Perhaps that intrigues you.

Well, you're in luck.

I grabbed a few cards from a few past Topps sets that would work in the diecut template -- namely these are sets with white borders in which the design is not self-contained inside the inner border. In other words, like 1989 Topps, there is something to "die cut."

So here are my homemade versions of what you might see in future series/sets/years. 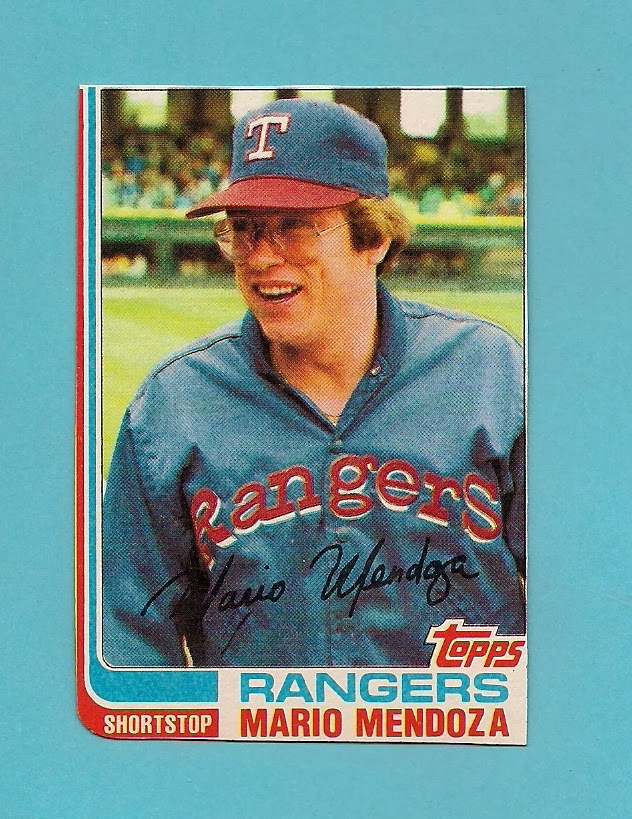 Chances are you actually won't see these because it's pretty boring. Four straight edges with only a curved corner to distinguish it from your average rectangle. Probably the most exotic of the ones that I trimmed. Topps could play with the name line however it wished. But there's lots of curves and edges to this. 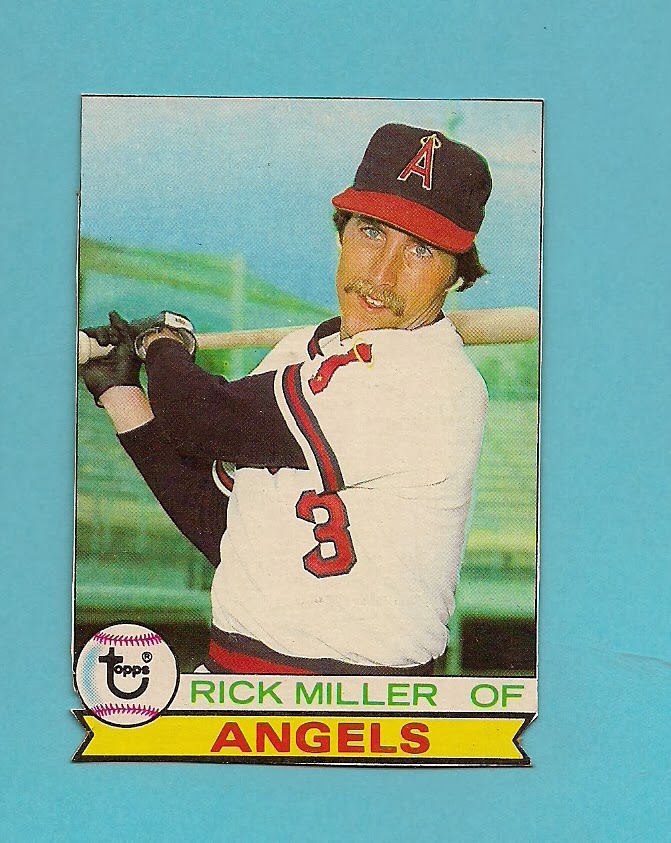 A likely candidate. I can already see collectors swearing about denting the team flag on either side. 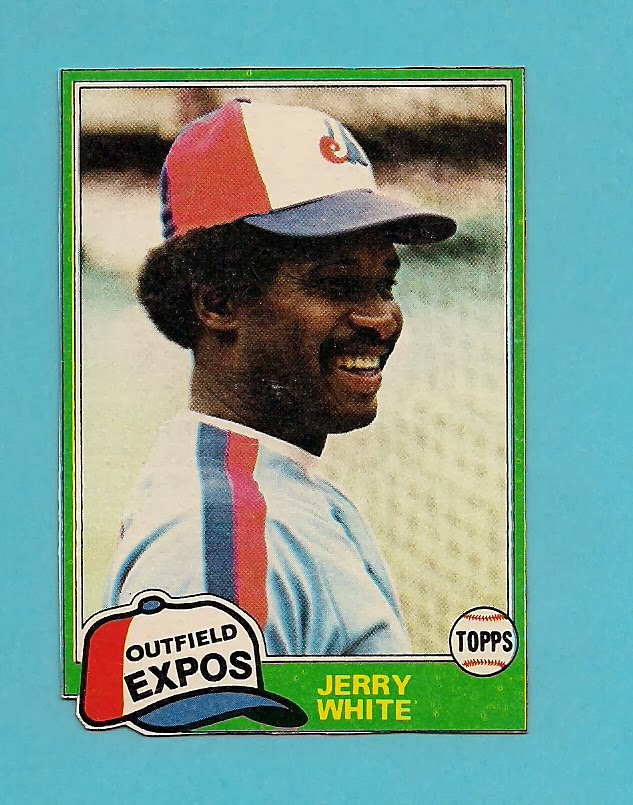 If Topps is truly planning future diecut mini tribute sets, I would be stunned if this wasn't included. It contains a simple cutout highlighting the most memorable part of the '81 set, the cap logo.

While I was cutting these out, I spent a lot of time wishing I had a diecut machine and also wishing that there was a "How It's Made" episode about diecut cards. I don't really need to see how they make plastic garbage cans or washing machine motors, show me some card stuff!

But that said, that's the most interest I could muster up for diecut cards. If any of these or other mini diecut tribute sets do pop up in the future, I'll say the same thing: meh, just give me the Dodgers.

But at least I'll get a blog post out of it.

Doc said…
You voluntarily cut up baseball cards? That makes my soul cry. When I was a kid, almost daily on my walk to school I'd find torn up baseball cards on the path. I'd pick up the pieces, sometime dozens, and put them in a sandwich bag. When I got home from school, I'd tape the cards back together. It was like stitching the universe back together.
February 25, 2014 at 9:37 AM