The decline of baseball cards in a single pack 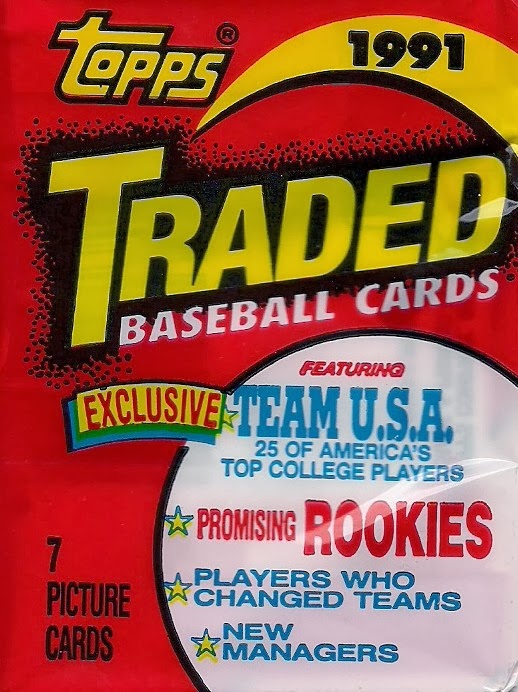 I'm afraid you'll be disappointed if you're expecting some great truth to be revealed here. I'm just cleaning stuff off my desk this week that's been sitting there too long. This is a pack that was sent to me by Shane at Shoebox Legends.

But the pack got me thinking. I have the entire 1991 Topps Traded set already. But I couldn't tell you how I got it. I probably bought the whole thing for 14 cents somewhere. And those three previous sentences, my friends, is a commentary on how far baseball cards have fallen in the eyes of its collectors.

The 1991 Topps Traded set was issued 23 years ago. And it's treated with a dismissive shrug by many collectors. I let this pack sit unopened for weeks.

But if you were to hand me cards from 23 years ago when I was, say, in high school, I would flip out. Cards from 1959? Are you kidding me? These are the most precious items in the world!

That, to me, sums up how far baseball cards have fallen off their pedestal. Sure, there are still precious cards being made and coveted cards being made, but I don't know if a mere 23 years distance is enough for anyone to care anymore.

So, after throwing cold water all over everything, let's open this pack of cards!!!!

I'll try to say something happy over the next seven cards. 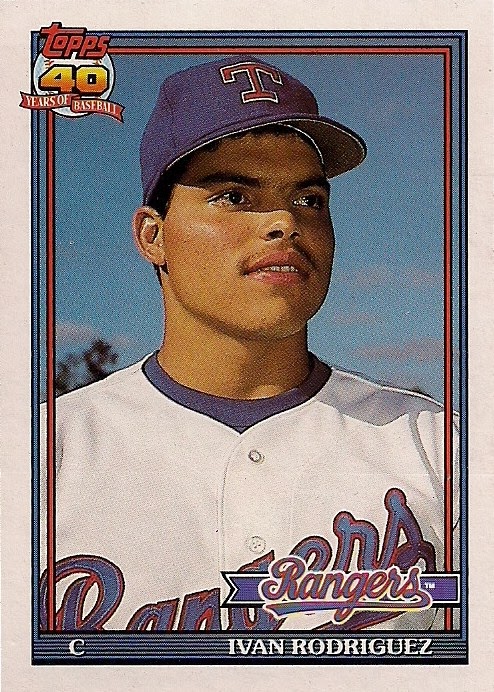 Well, well. I think this is one of the PROMISING ROOKIES that the pack wrapper advertised so enthusiastically.

Outside of the Jason Giambi USA card, Rodriguez is the most valued card in the set, and I pulled it right out of the gate. 1991 Traded's trying to show me what it's got after all that bad-mouthing up top. 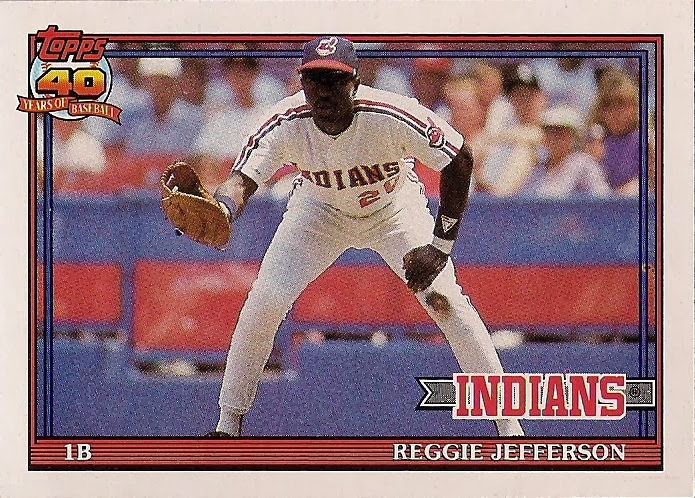 This card always bugged me because you can't see his face. It's much worse in person. 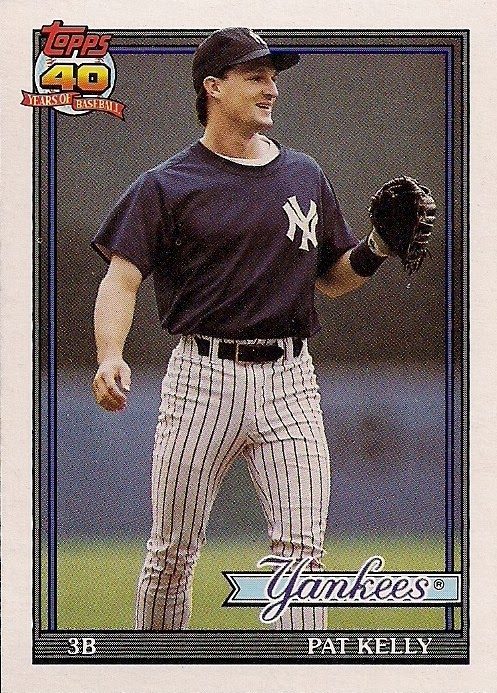 One of three Pat Kellys to play in the majors. 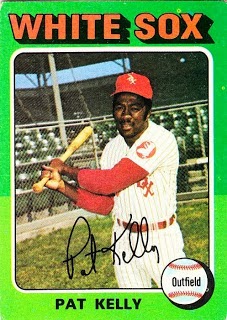 This will always be Pat Kelly to me. 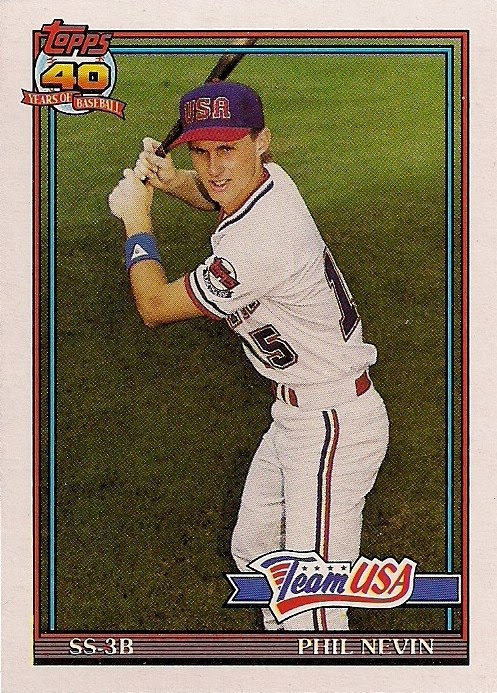 These USA cards bored me back in the day, and I haven't progressed very much because they still bore me.

But mostly what I notice is how skinny Nevin is. 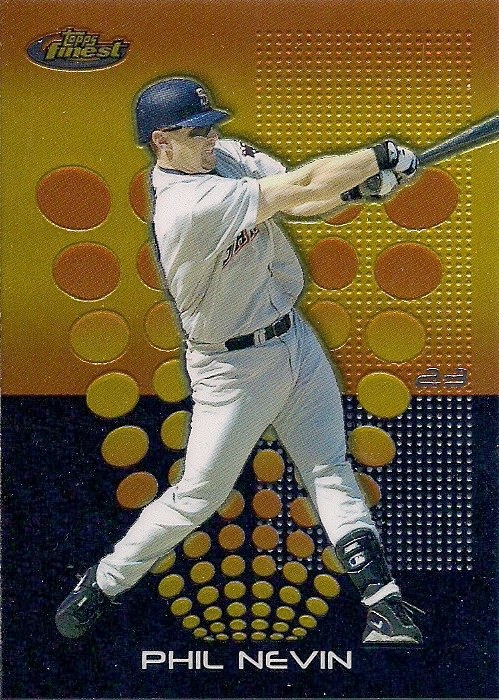 And let's compare the vitals on the back:

I need to do a study on whether a 50-pound gain between college ball and mid-major league career is normal. 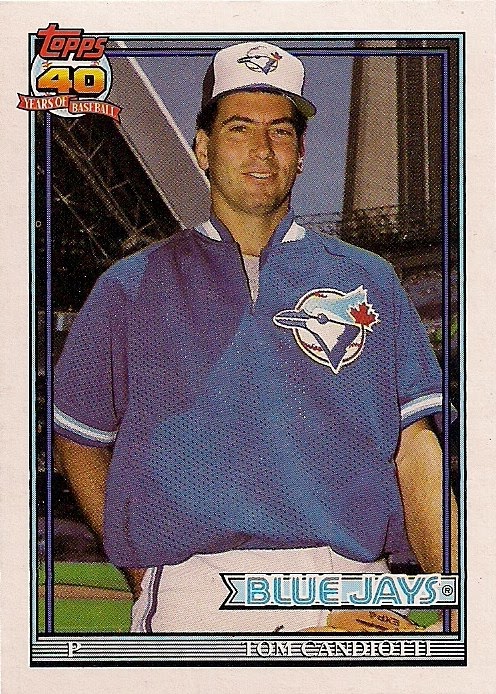 Candiotti is hiding it, but there's a knuckleball coming. 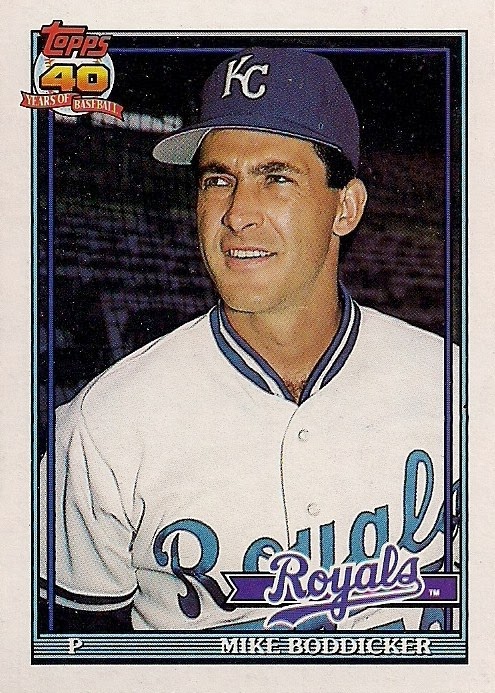 I can't say I remember Boddicker as a Royal. 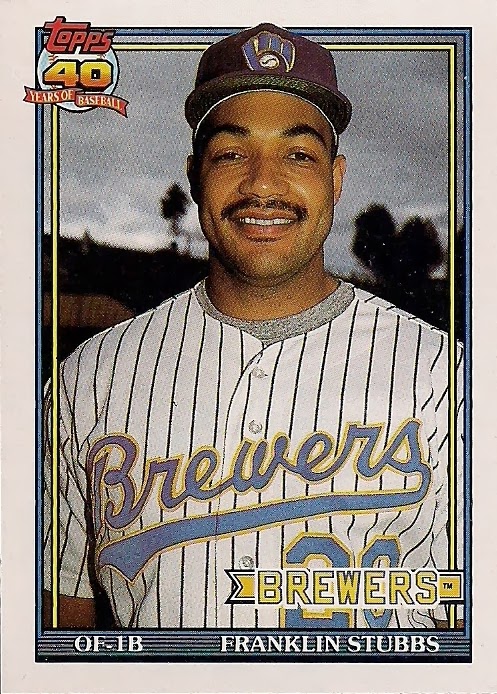 Don't remember Stubbs as a Brewer either.

I suppose the best thing I can say about 1991 Topps Traded is it might be the last set ever made on traditional gray cardboard (yes, that's a challenge -- knock yourself out).

I probably should respect it more just for that reason.

I'm sorry I said all those bad things about you '91 Traded.

(Anybody need these cards?)

Tony L. said…
Unfortunately, I DO remember Franklin Stubbs as a Brewers. He took over at first base futility from Greg Brock. It's like Milwaukee became a retirement home for Dodger first basemen.
February 25, 2014 at 9:03 PM

Commishbob said…
Good stuff. I don't remember the traded sets from that time being sold in packs.

I have a factory sealed 1991 Topps Baseball Micro card set on the shelf in the top of my closet. I have no idea what it cost but the last time I looked there were some going for $2 on eBay I think.
February 25, 2014 at 9:10 PM

Tom_of_Oregon said…
Phil Nevin's birth date is correct on the 2004 Finest (according to Baseball Reference, anyhow). That means you just pulled an error card. See? Better!
February 25, 2014 at 9:12 PM

defgav said…
I've got the factory set of this.. one of the very few sets I've kept over the years. Swing and a miss for me as a cardboard investor. I should probably break up the set.. pull out the 4 or 5 cards I'd care about and jettison the rest.
February 25, 2014 at 11:25 PM

madding said…
Grey backed 1991 Topps Traded cards are from packs and printed in USA, while the factory set is the usual Ireland-made card stock we are all accustomed to from the '80s. Same goes with the 1990 Traded set. I'm not sure about 1992 or 1993, because I was started to fade from collecting at that point.
February 26, 2014 at 3:05 AM

Anonymous said…
I'm amused by the phrase "Promising Rookies". No, no, don't give me those, I want the other rookies, the ones without any promise!
February 26, 2014 at 7:44 AM

BaseSetCalling said…
I need all of the Team USA cards. I bought a 'factory set' that someone pulled those out of. I like the box it came in … it looks somewhat print-advertising 50s-esque, with all the blurbs all over the box.
February 26, 2014 at 5:07 PM