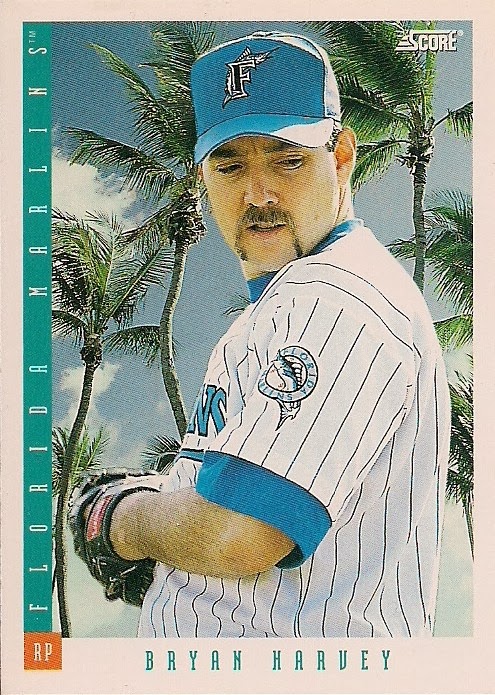 We got hit with another surprise snowstorm today. One of those deals where you go to bed and all is clear and then suddenly they're releasing kiddies out of school early because nobody can see ANYTHING.

So I've got a card with palm trees on it to remind me that there are people playing baseball somewhere. It sounds totally preposterous, but that's what people are claiming.

The card is also the lead-in for the big voting session in which we select the year-to-year biggest bust and biggest improvement during Score's 11-year reign as a baseball card producing company.

As usual, opinions varied when I asked for comments. And you'll see sets that are considered both busts and improvements depending on who you ask. Yep, that world peace thing is a pipe dream.

Here are the candidates for both the biggest improvement and the biggest bust (and, yes, that joke has been made a number of times): 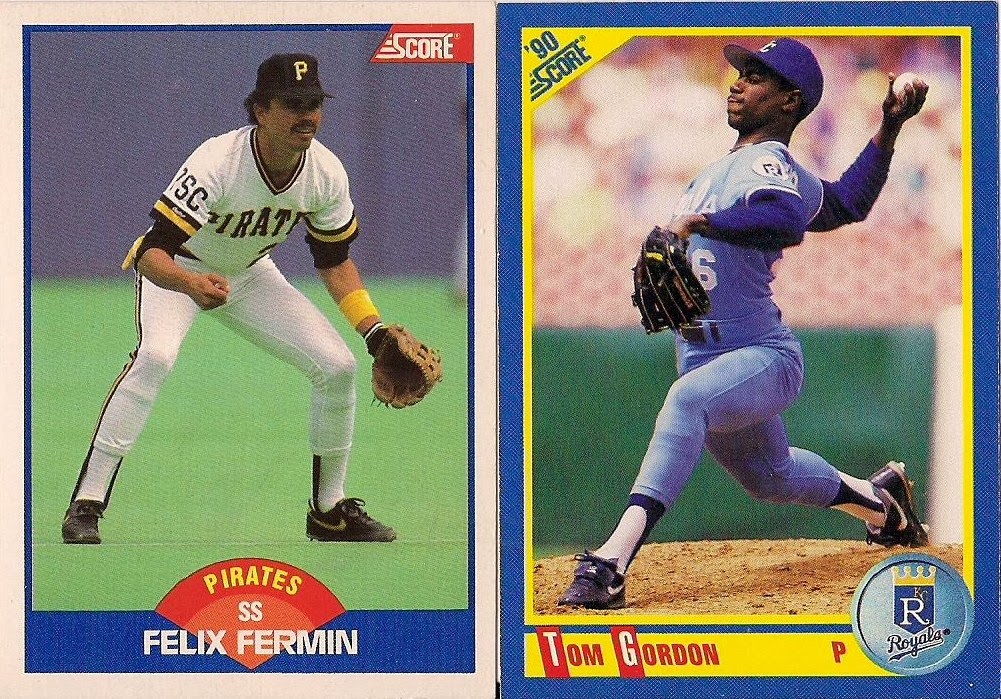 1989-90: Probably the "biggest improvement" candidate that received the most mentions. Several said they didn't necessarily have an issue with '89 Score (which is nice because I have a soft spot for it), but that they liked 1990 Score so much. 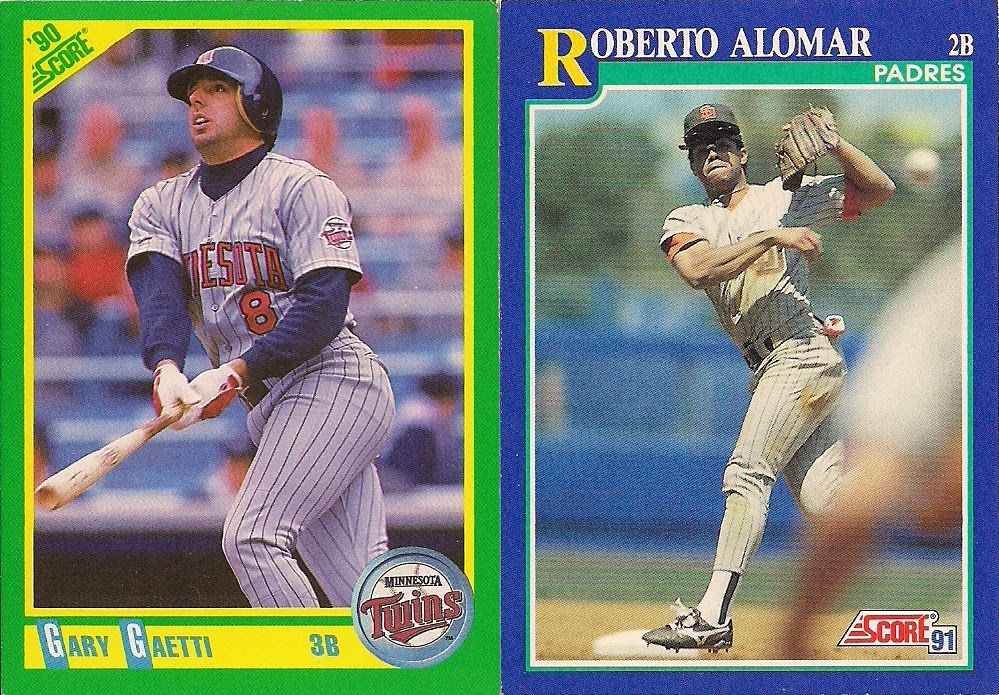 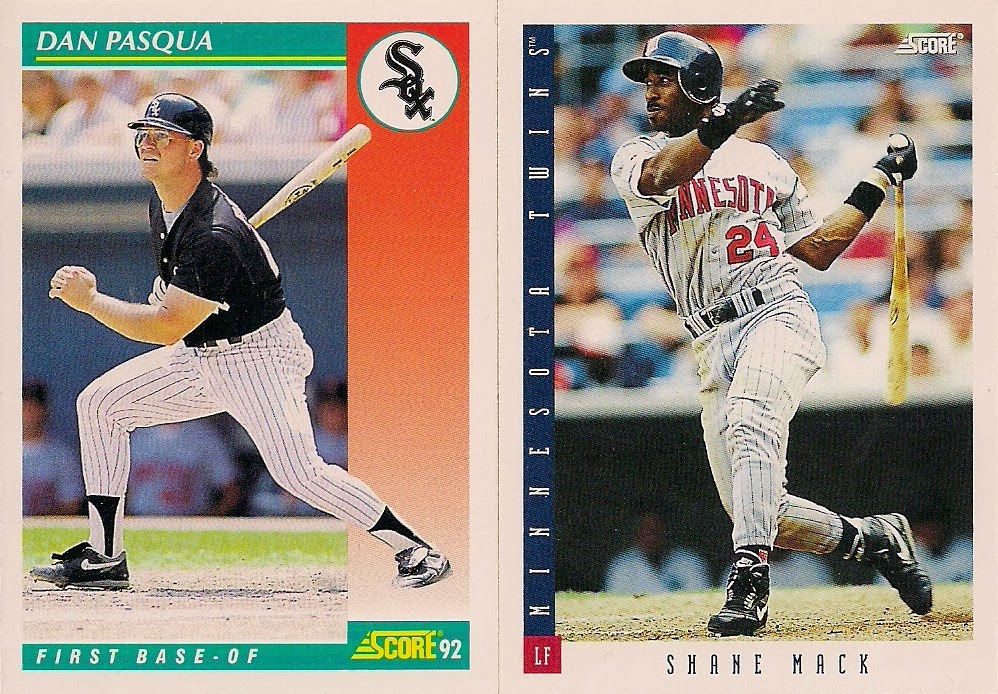 1992-93: Thank you kind people who mentioned this comparison. This is the one that I would pick, although I know it won't win. I detest 1992 Score, and I like 1993 Score. I think it might because there is virtually no yellow in '93 Score. With certain small exceptions (not you, 1991 Fleer, sit down), I do not like yellow on baseball cards. 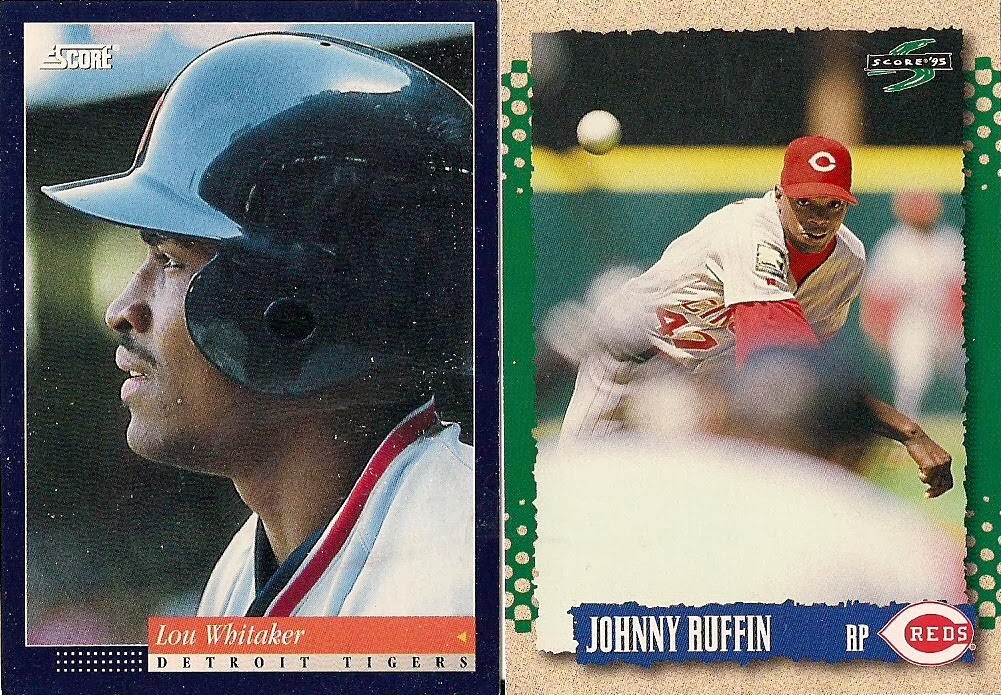 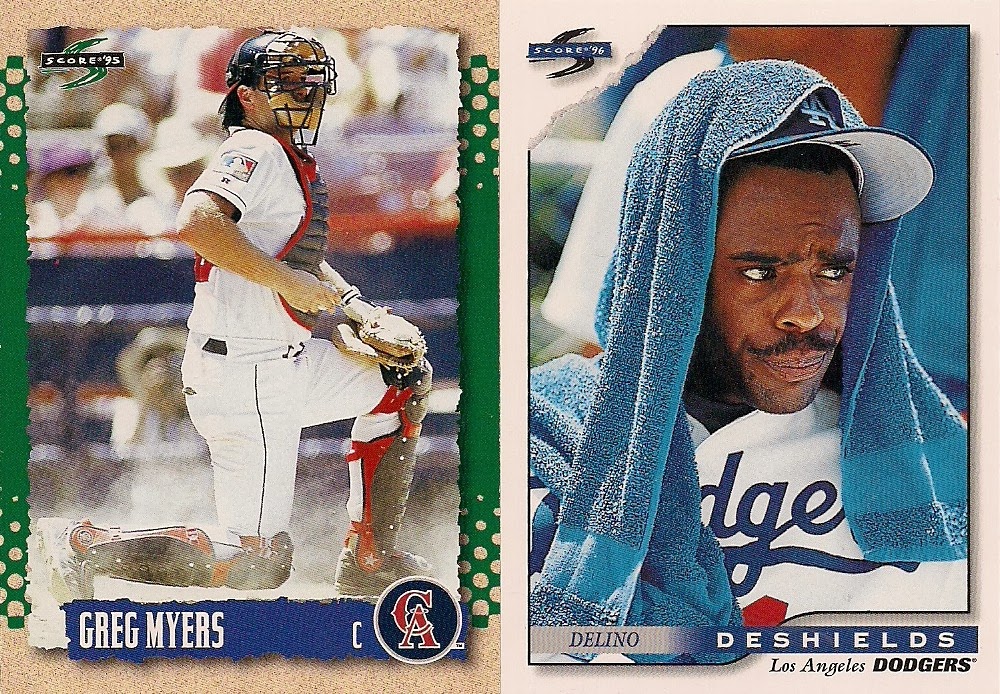 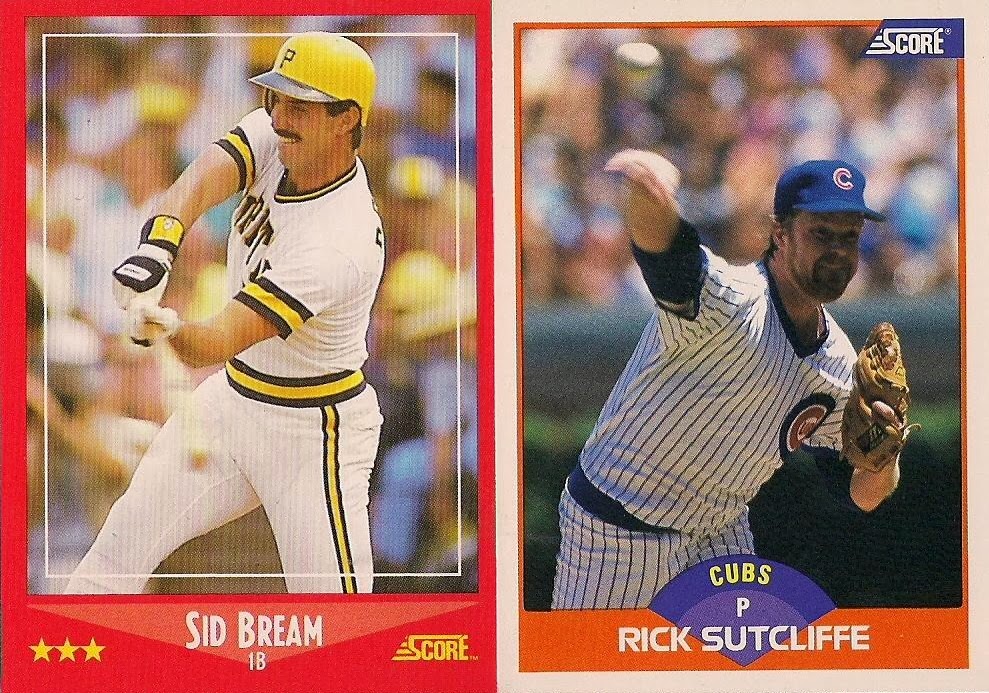 1988-89: The reasoning behind this is 1988 Score was the first, the best, the everything (to paraphrase Barry White). Anything after it is meaningless. 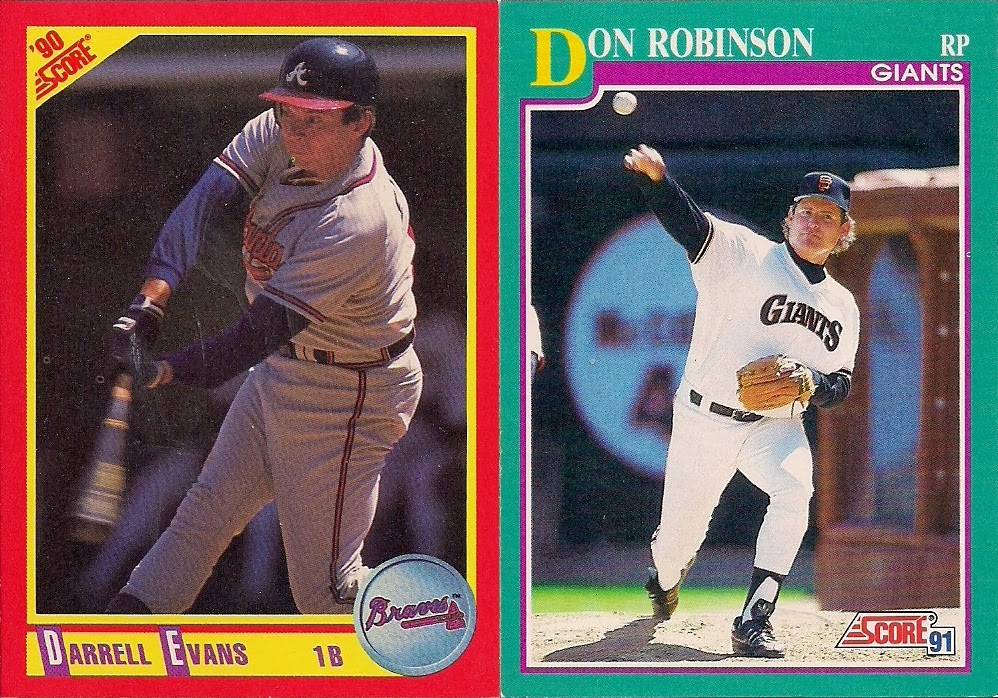 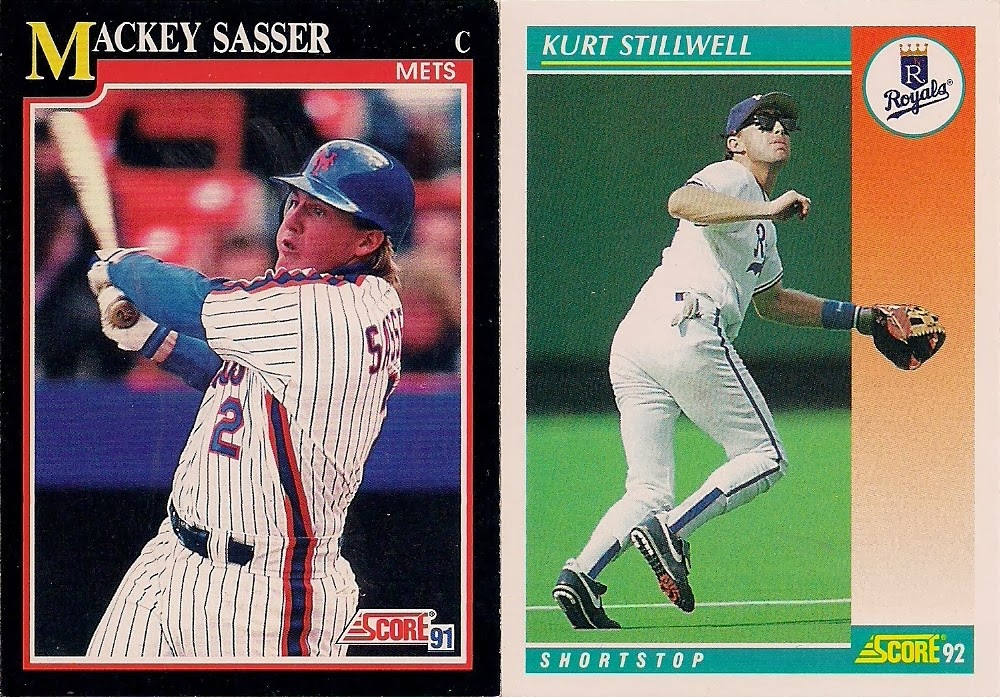 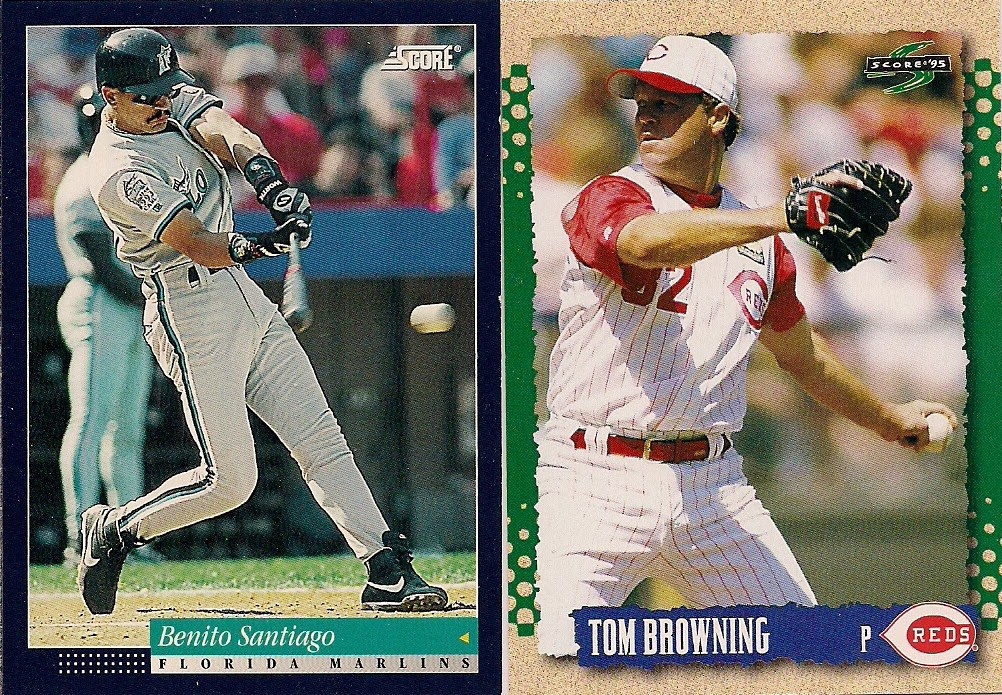 1994-95: Lots of mentions for this one. The '94 set has the classic midnight blue design. But 1995 Score is for the dirt bike crowd. Generations are clashing! 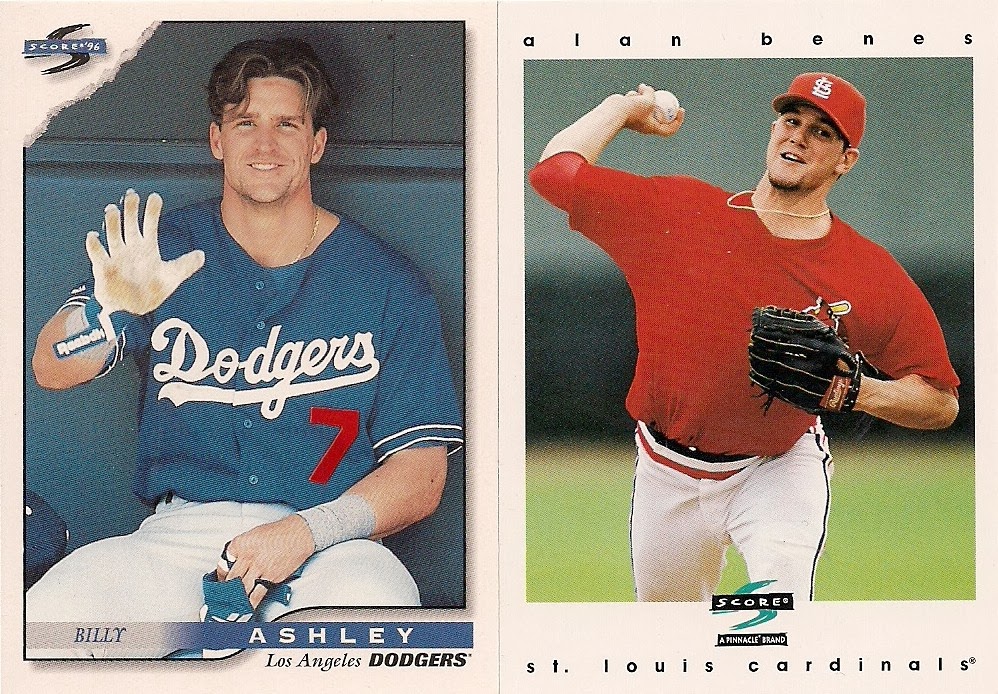 1996-97: On the surface, these two sets look alike. But I agree with collectors who believe that '96 Score is more pleasing. And if that won't convince you enough, just flip over a 1997 Score card. It's a text-assault on the senses.

So those are your candidates for Score. You may have noticed that every Score set was mentioned here except for 1998.

I've rearranged the layout on the sidebar again to include polls. It makes my OCD act up, so please vote for your favorite as soon as you can so I can get rid of the polls and return to my starry starry night sidebar background.

The Angels In Order said…
The floor does NOT recognize Brian Harvey in any uniform but an Angels uniform!
February 27, 2014 at 8:26 PM