The Naturals from the unnatural 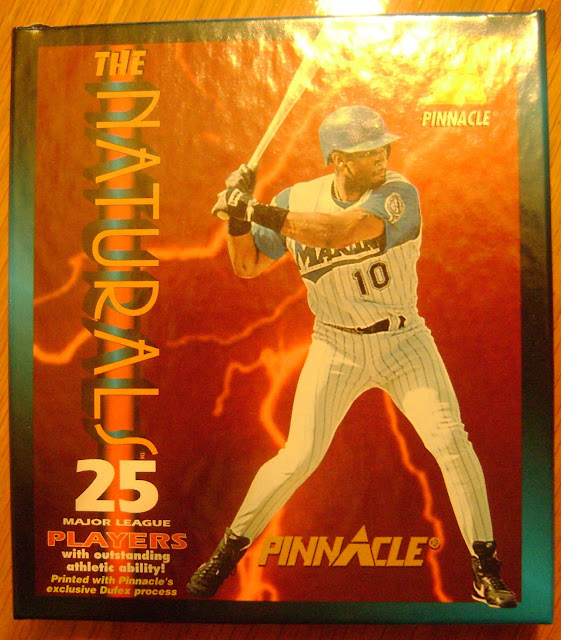 I am a less-than-mediocre picture-taker. I know it is ridiculously easy to point-and-click these days, but I can screw up even a smart phone photo.

It's in the genes. My grandmother was one of those notorious "snap the picture while making a swooping upward motion with your hands" people who cut the heads off of everyone brave enough to pose for her.

I'm not that bad, but my hands want to do strange things when they're gripping a camera.

This is one of the reasons why I snap very few photos for this blog. The other reason is there's just too much that goes into getting the right kind of image when you're taking a picture of a baseball card. The camera settings, the lighting, blah, blah, blah. As you'll see in a moment (or are already seeing), I have no patience to be a photographer.

I like the scanner. It's neat, clean and has gotten me through five years of this blog.

But since the scanner is out of commission, I am forced to be resourceful, which means -- ack -- taking pictures.

I figured this would be one time where photos were appropriate. I won me a box of 1994 Pinnacle's "The Naturals" set in a contest from Cards On Cards. It's been so long since I've won a card contest.

The '94 card season had to be strange. I got out of the collecting game in '94 so I didn't know what was available that year for a long time. I'm still a little vague on some of it. But I can't imagine the depression card companies went through when the strike hit and everyone stopped buying cards. For innovative stuff like this Natural set (printed with "Pinnacle's exclusive Dufex process"!), I'm guessing it was particularly heartbreaking. All that effort, only to be ignored.

Or perhaps the set was issued after the strike hit, in an attempt to entice collectors. I don't know. Like I said, cards meant zip to me then.

I got a kick out of this set. First the box is wrapped in clear plastic. Then you're staring at a 5 1/4-by-5 3/4 box colored in turquoise blue (the coolest color of the early '90s).

Then I opened the box and laughed: 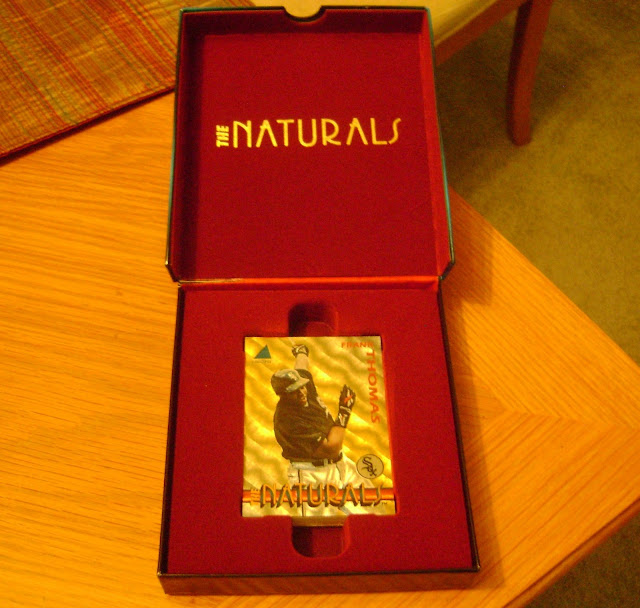 Wow, that reminds me of working in the menswear department at Christmas time. We'd load up table after table of handkerchiefs and cologne in fancy felt-lined boxes and watch them rot under the department store lights for six weeks.

(By the way, the box matches very nicely with the dining room decor).

Frank Thomas is the first card in the set, but that's not what was on top when I opened the box. 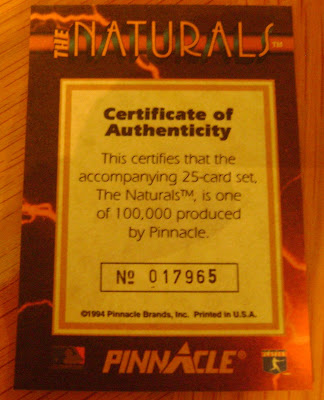 It was a certificate of authenticity, of course! You didn't know they were issuing COA's in the pre-relic era, did you? 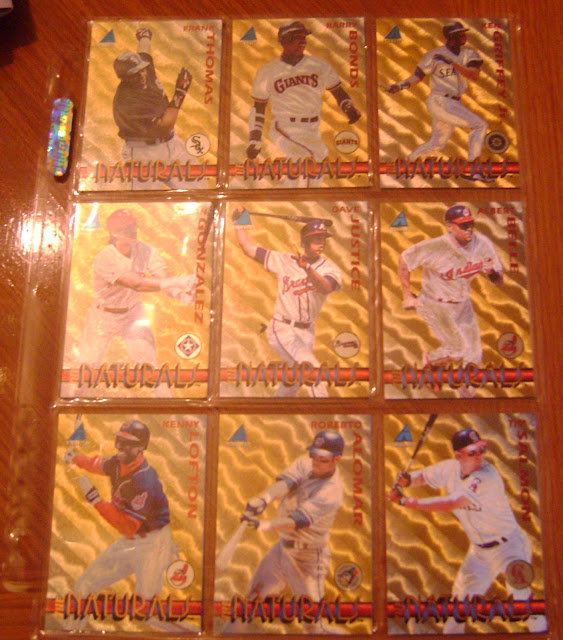 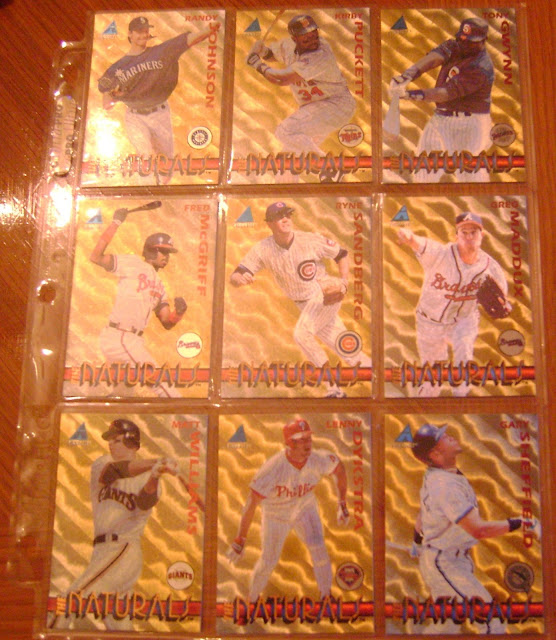 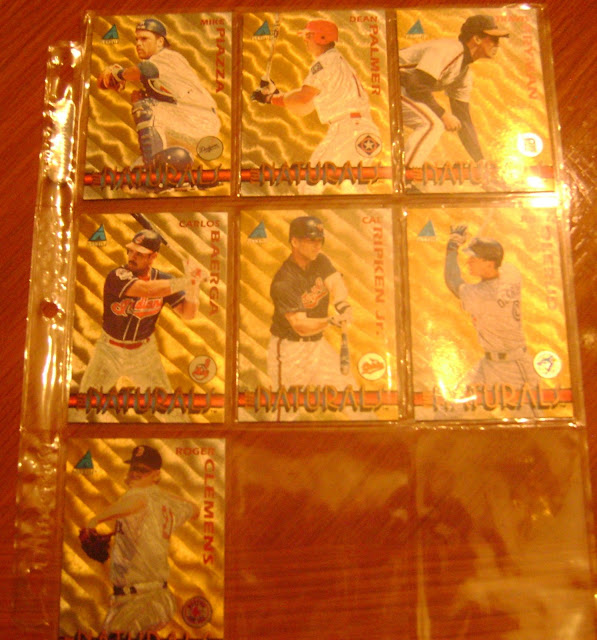 That's the entire set. I apologize for the glare that swallows up a few players like Juan Gonzalez and John Olerud. I was trying to show off the shininess of the Dufex technology, but that's hard to do when there's a chandelier above you -- and you know nothing about taking pictures.

Cards On Cards also threw in a few random cards of some notable players -- Carlos Gonzalez as an Oakland Elephant (I love that Stadium Club card), a red Turkey Red A-Rod, etc. I didn't take pictures of those because I used up all my patience shooting Dufex technology.

But it really is a pretty cool set.

The only problem is that Mike Piazza Naturals card has eluded me for a long time. Now I have the temptation to break up the set and put Piazza with the rest of his Dodger buddies.

Don't worry. I know that wouldn't be right.

So that means finding a second Piazza Naturals card, which will be pretty easy since the cards in the set are going for a buck or less.

Kind of makes all that felt lining seem a little pointless, huh?

beefman said…
Even though it's gimmicky, and it's mid-90's stuff, I still hope to find me a set of these someday.

The Lost Collector said…
I bought that set in the late '90s at some toy store in an outlet mall. I still have it. One thing I always noticed were that the cards felt really cold when picked up as a stack. Most unnatural.
July 18, 2013 at 8:00 AM