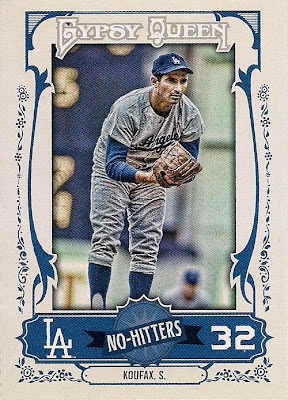 Someone apparently thinks all I do is post trades. We all know that's not true. But so what if it was? Would that be so bad? A celebration of what makes the card blog world go round?

So that is why I've decided to make this week "trade post week." That's right. A whole week of nothing but trades. That's supposedly what I do all the time anyway, so let's get it right.

Hah. Faked you out. I'm not doing that.

I couldn't do that. I'd get bored.

But showing off trades once in a while? That I can do. And that is what I will do this time.

Why I just happen to have this one package here.

It's from Ryan of "O" No Another Orioles Blog. I found myself with a Nick Markakis Archives relic a few weeks ago, and I'm here to tell you that this is actual proof that you can still get good stuff for relic cards. I know nobody likes them anymore. But don't tell our brains that.

Ryan sent me Dodgers goodies direct from 2013, which is great because I finally updated my want list with those pesky 2013 cards that Topps and Panini wants us to buy. 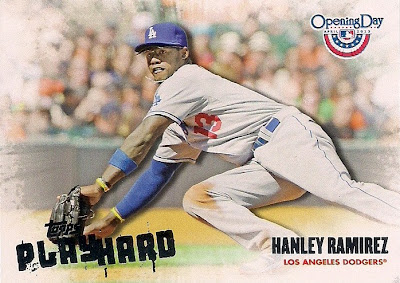 I specifically requested this card. Because I have a thing for espn2-ish graphics from the mid-1990s. 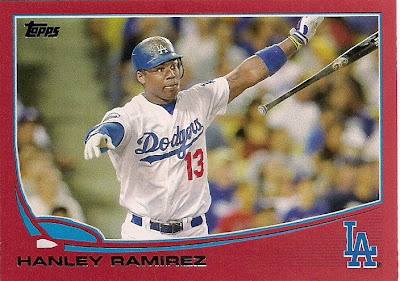 This is the Target red version of what may end up as my favorite Dodger card from 2013, provided Ramirez continues to hit like he has. 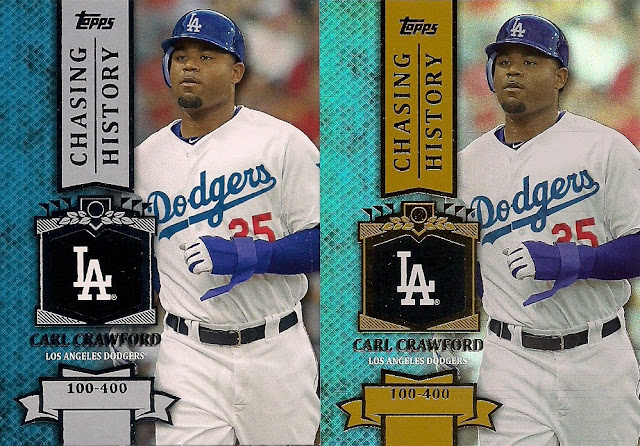 If Topps continues this practice of parallelizing inserts into 2014, I'm going to be really angry. You may see cards being ripped up right here.

It should bother me more than it does right now. But it doesn't for reasons that aren't clear to me. It might be that these cards have undetectable hypnotic properties. 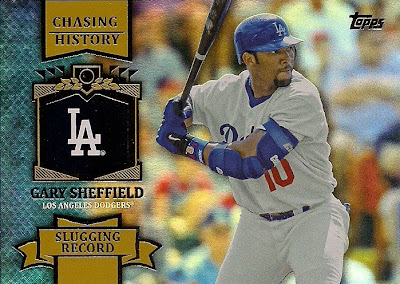 1. Complaining malcontent who is happy for one year then wants the hell out.
2. Dodger
3. Marlin
4. Owner of scariest swing of all-time
5.  Brave
6. Brewer
7. Padre
8. Yankee
9. Dwight Gooden's nephew
(researches to see if there were any other teams that pissed him off)
10. Tigers
11. Mets

Ryan was proud of his work on my Gypsy Queen want list. He said he nearly killed it.

I agree that killing Gypsy Queen is excellent work -- what? That wasn't what he said? -- OK, killing the GQ want list is excellent work. There is nothing I hate more than spending cash to complete a GQ team set.

Unfortunately, there are still two Dodger cards out there that I need. And then there are all those stupid exclusive minis and other exclusive stuff that GQ doesn't deserve and shouldn't have because it's ugly and ugly DOESN'T GET BENEFITS. 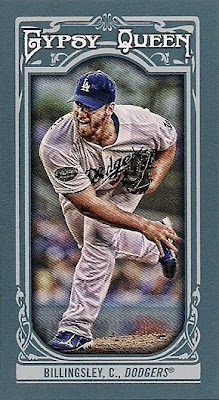 Here is a non-exclusive GQ mini of the perpetually shelved Chad Billingsley. I believe the official color name of this year's GQ minis is "psych-ward green." 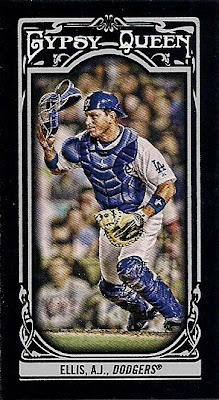 Here is where GQ redeems itself. The numbered black-border minis are very nice every year, and I'm happy to have one of yesterday's Giants killer, A.J. Ellis. 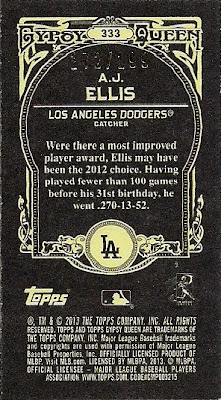 I scanned the back because I thought the write-up a bit odd. Isn't the "Comeback Player of the Year" award  basically the "Most Improved Player Award"?

Those are a few 2013 cards that I don't need to blow cash on anymore. I'm eternally grateful to Ryan for this.

And this is why I'm taking the time to show you these cards.

Which I sometimes do.

But not all the time.

Unless I want to.

If I want to be a show off.

Ryan H said…
GQ Killer has a nice ring to it, but I think I'd have a hard time convincing people to trade with me if I adopted that moniker.